This is an era of Segways and electric unicycles. Most of the people are not content to move without any physical effort. But, still they want to fly, fly like the birds in the air. For this Lexus created the first manageable and functional Hoverboard, but it seems to be too expensive, requires a magnetic strip and has a complex cooling system to operate. But we will discuss Lexus Hoverboard some other day. For today’s discussion our guest is the new ArcaBoard. It’s somewhat a less limited alternative, but would not be true if we did not say that their current performance is far from turning it into a commercial product.

ArcaBoard, is the second on-the-air hoverboard in the world after Lexus and the first one generated by it’s manufacture. It is forge by a private aviation company called ArcadeSpace. Yup! You heard it right. It’s a video game manufacturing company, famous for the NES games like Space Invaders.

Well, ArcaBoard is basically a prototype that works on simple physics. The 36 fans inside it’s frame, creates a downwards thrust. A thrust which is able to lift up to 195 kilograms, which would amount to about  272 horsepower , it said soon (equivalent to an Audi TTS, for instance).

Now the biggest question arises that how we will keep that thing, balanced? Ah! A good question, indeed. Like a drone, the ArcaBoard makes use of several gyroscopes that are responsible for maintaining stability. It is clear that the handling of the invention is far from one of its strong points. Similar to the electric unicycles, we can decide the forward or backward direction by tilting the body.

The duration for the use, is up to 6 minutes. So it’s use is restricted to a “little bit” of fun. But sadly, you can not cover long distances on it. The ArcaBoard is a way too expensive as it cost nearly about $20,000. Seriously, who will spend that much for a 6 minutes flight? But, there are some of our readers, high flyers, who will spend more if they want in order to enjoy 6 minutes in the air.

At the end, there’s no doubt that Arcaboard is an interesting and simple concept to fly or travel in air. Although the price is not suitable for every pocket precisely, but most among us will spend that amount of money, if the battery improves dramatically. For the battery market a serious evolution is required. But, as far as the present is concerned, Arcaboard todayremains  in a curious prototype, but impractical

Tips for having the best vacation tour ideas 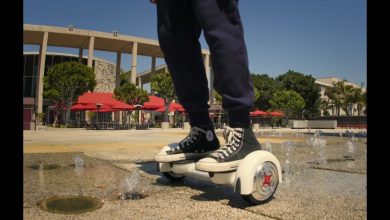 Mono Rover R2 – A Hoverboard from the western lands!