As we all know, the Chinese manufacturer Xiaomi recently introduced a fitness bracelet Xiaomi Mi Band 4, as well as smartwatch Huami AMAZFIT Verge 2. Each of these gadgets got a special edition of “Avengers”. Today, it has come to hear that Xiaomi will present new smartwatches “Avengers” on July 9 called Amazfit Marvel Custom Watch. It is not yet fully clear about the series company is thinking to expand. But the speculations are that a new series will be launched.

Accordingly, the company has introduced Amazfit Marvel Custom Watch, especially for the fans of superhero subjects. A teaser has already prevailed on social media.

In the video, two people are communicating, and then one of them shows a small image, which shows the new smart-watches “Avengers”. Surely this novelty was developed together not only with Marvel but also with Huami.

As per information from proven sources, the device will endorse the brand of AMAZFIT. Design deserves special attention and Iron Man is also painting the dial.

The company has slightly transformed the basic equipment of the devices and also personalized the design according to the core qualities of the popular franchise. However, the manufacturers do not wish to stop at this point. 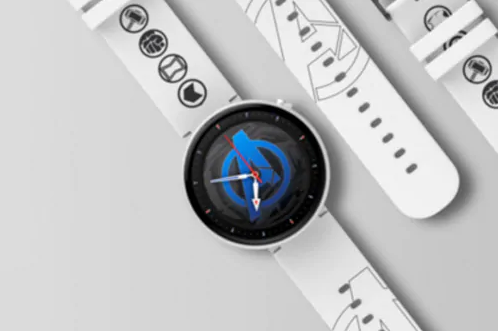 On the specifications, Amazfit Marvel Custom Watch will come with a 1.3-inch AMOLED round-shaped dial and touchscreen. It is protected with Corning Gorilla Glass and made of Silicon and PC material. Similarly, it is compatible with Android 4.4 and IOS 9.0 versions along with Bluetooth 5.0.

The company has also enriched it with IP68 waterproof rating and a 390 MAh Li-ion battery to work for 20 days on a single charge. Further, it provides 7 sports modes, HR and Sleep monitor, GPS+GLONASS, Pedometer, SMS/Call notification

Xiaomi has also confirmed this information of Amazfit Marvel custom watch. We will receive more information on July 9th.