Xiaomi is launching the Mi 8 on May 31, and on the same day, the company is launching the next version of MIUI, i.e., the MIUI 10. There have been a lot of leaks of the Xiaomi Mi 8 till now and recently, the hands-on video of the device revealed a transparent back panel, similar to the recently launched HTC U12+. Today, the alleged specifications of the phone leaked out, revealing some major details. But, if these specifications are legit, then they also suggest that Xiaomi is not adding an in-screen fingerprint scanner on the phone as it can work only with the OLED panels (the specs suggest an LCD panel).

As the image above shows, the Xiaomi Mi 8 is coming with a 6.2-inch IPS display with a resolution of 2280×1080, i.e., an aspect ratio of 19:9. This also confirms that the phone is coming with a notch on top of the display. In fact, Xiaomi is reportedly adding a similar Face recognition system on the Mi 8 as the iPhone X. The octa-core Snapdragon 845 processor powers the device, and there is 6GB RAM + 128GB internal storage. We are also expecting 8GB RAM option.

Android 8.1 Oreo runs out of the box, and we are expecting that Xiaomi is going to launch the phone with MIUI 10 out of the box. There is a dual rear cameras setup that includes a 20MP(f/1.7) + 16MP(f/2.0) setup. On the front, the device has a 16MP camera with f/2.0 aperture. The battery is a 3,300mAh unit which can last a full day of normal usage, thanks to the Snapdragon 845 chipset and also the optimizations in the MIUI. The Xiaomi Mi 8 is a pretty slim device with a thickness of 7.8mm, and we are not expecting the headphone jack.

Consider this leak with a pinch of salt as nothing is confirmed as of now. Stay Tuned.

Xiaomi WiFi Amplifier Pro, the ultimate repeater for your home or office for only $13.27 (Coupon Included)

The A - Z Guide Of Vivo Apex launch 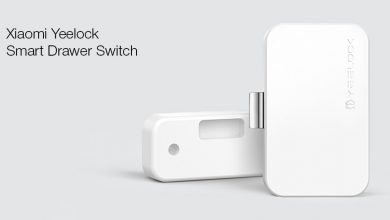