There have been speculations over what the next unit from Xiaomi would be. Some have been pointing to the fact that the Asian OEM would follow normal convention and name it the Mi 7. However, others are of the opinion that since this year would mark their 8th in the market, a commemorative Mi 8 is due and that could be the case now that a Xiaomi Mi 8 box leaks out from unknown sources.

Having gotten a sighting on the Mi App store of the Mi 8 last week, we now have more information to support this.

Xiaomi Mi 8 box leaks out from a fan?

To be clearer, what could prove to be the first streak of truth in this whole saga is that the Xiaomi Mi 8 box leaks out in almost dramatic fashion. The thing, however, is that this box leak is looking like just another ruse or antic by a fan.

For starters, the box of this units looks so much like what is obtainable on the Redmi 6X, only that we have a giant 8 written on it this time. Likewise, the leak has not included the back of the box which is usually where the specs of the unit lies.

That could either be an oversight from the leakster or a way to cover up a bigger plot.

Any which way, we already know that the upcoming Mi 7/ Mi 8 will have the latest Qualcomm Snapdragon chipset under the hood, run a fingerprint sensor set in the display and come on board with the company’s own AI technology.

With strong rumors pointing to a May 31 launch date, it might just be a matter of days before we find out which group has had the truth all along.

For now, we don’t need to tell you to take this news with a pinch of salt. As soon as we hear something more reliable or from official sources, we will be the first to let you know all about it. 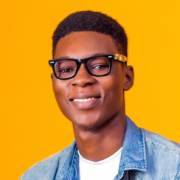 New LED light from Xiaomi to make your home even smarter