We know how many Chinese manufacturers are there in the tablet PC niche. Many of them are getting smaller and smaller each year, and as a result, they disappear some day. But on contrary to them we see how other companies are getting bigger. Cube that is also known as ALLDOCUBE belongs to the latter. It’s known for wallet-friendly tablets and tablet PCs that also provide good performance. Recently the company has launched a new model dubbed as the Alldocube Freer X9. Though there are not many features it can boast of, this is a 2K resolution screen tablet ready to beat all of its rivals in face of the Xiaomi Mi Pad 3, Huawei MediaPad 3, Samsung Galaxy Tab S3, and others. This amazing tablet is also priced quite affordable. So we need to get acquainted with its features in order to understand whether the pricing affects the hardware and software.

Though the Alldocube Freer X9 looks like a regular Android-powered tablet, it comes with a high-level build quality. The tablet feels very robust and proves extremely resistant to all of our squeezes and twists. Thanks to an aviation grade aluminum, CNC crafting, and sandblasting process the Free X9 looks like a large smartphone with a great ergonomics. There is only one color option you can choose from, and as you can see from the pictures is the gray. The coating is processed with anodic oxidation. So it not only makes the tablet feel extremely premium, it is also quite resistant to scratches.

The front panel carries an 8.9-inch IPS touchscreen with a resolution of 2560*1600 pixels. The pixel density is 339ppi. Thanks to the screen technology as well as the resolution it comes with the Alldocube Freer X9 offers one of the best displays in the market. It’s extremely bright, contents are visible even under direct sunlight, which is pretty rare among tablets in this price range. Unfortunately, this display has some shortcomings concerning the reflections – using it outdoors can be tricky sometimes. So we can state this display is still no match for the HDR-ready AMOLED display found on the Samsung Galaxy Tab S3 when it comes to contrast ratio and color saturation. This screen is supplied by the Japanese JDI, which provides displays for many top brands including Xiaomi.

The physical home button is placed below the screen, while the front-facing camera is above it. Unfortunately, there are quite wide bezels that are somewhat clunky. However, as we are dealing with a regular tablet that will be used for single-hand as well as dual-hand operations, this ‘shortcoming’ may be useful. One of the biggest disappointments seen on this tablet is the lack of a fingerprint scanner. It misses from the back as well as from the home button.

The micro SD card slot is placed on the top along with a speaker.

The bottom side hosts a USB Type-C port, a 3.5mm audio jack, and the other speaker aperture. Though there is a newer interface, the USB-C doesn’t have a fast load nor does it go faster than a regular USB-A when transferring data. As you see, there are two speakers that sound satisfyingly loud and clear, offer much better audio than the mono speaker found on most cheap phones and tablets. In fact, they sound even better than the speakers on the Galaxy Tab Pro 8.4 and Microsoft Surface Pro 3.

The power button and the volume rocker are on the right. 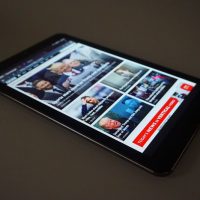 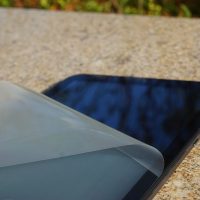 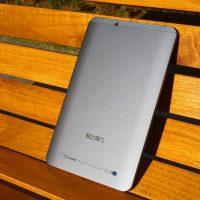 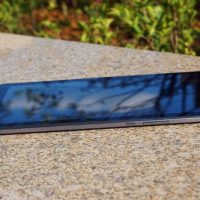 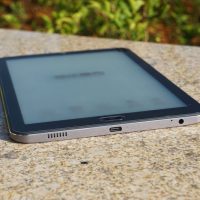 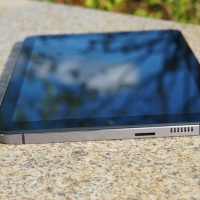 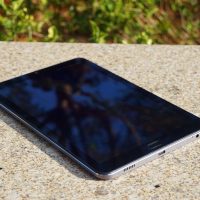 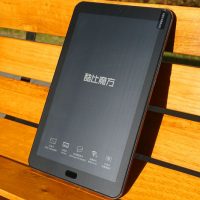 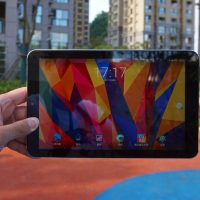 As this is a wallet-friendly Chinese tablet, it’s expected to see a MediaTek chip under the hood. The Alldocube Freer X9 is powered by an MT8173V chip, which comes with a quad-core architecture of A72*2 1.8GHz + A53*2 1.4GHz. This SoC is also paired with a 4GB of RAM, 64GB of eMMC storage, and an Imagination PowerVR GX6250 GPU.

All the tests held via different benchmark showcased we are dealing with a classic mid-range tablet that will meet most of your daily tasks.

The only test result we were dissatisfied with concerns about the graphics performance. 3DMark Ice Storm score clearly shows this tablet may have real problems with heavy 3D games.

As for the battery, the Alldocube Freer X9 is powered by a 3.8V/5500mAh Li-Po battery. It’s a bit larger than batteries on its competitors. We tested it for endurance at a screen brightness of 50% and the WiFi was ON. During the whole test, we played a 1080p video. The tablet provided up to 8 hours and 50 minutes of a lifetime. But when it comes to real life use, we have to charge it after every 3-4 days, because we don’t watch videos all the time, but we are surfing the net, reading news, playing games and so on. For heavy users, charging the tablet every two days should be enough. 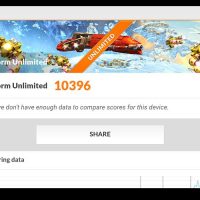 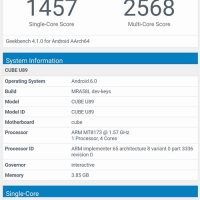 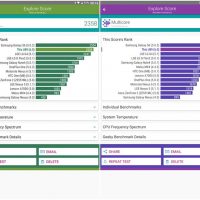 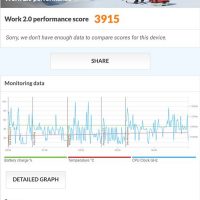 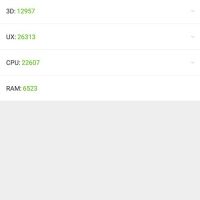 Surprisingly, the Freer X9 doesn’t come with a wall charger. But you can use your smartphone chargers for charging this tablet. During the whole process, the power input will be at 10W. Thus there is no fast charger technology. As a result, the Alldocube Freer X9 will be fully charged in 3.5 hours via a 5V-2A charger.

This is a WiFi-only tablet. We even don’t expect to see the cellular version coming. But this tablet supports dual-WiFi connectivity at 2.4GHz & 5GHz bands. Another connectivity feature, the Freer X9 supports USB On-The-Go. As the Type-C port of the slate is of USB 3.0 standard, transferring files from a flash drive is pretty fast.

Generally, regular tablets don’t sport good cameras. It’s uncomfortable to take photos via large devices. But Alldocube has decided to pack its tablet with a 13MP camera on the back and a 5MP shooter on the front.

However, the main camera doesn’t provide awesome shooting performance. And though it supports fast-focus, it yields smartphones in terms of focusing speed.

When the Alldocube Freer X9 pricing hasn’t been announced, many were thinking it will cost around $200 to make competition to the Xiaomi Mi Pad 3 and ASUS ZenPad S8.0. As you know, the Mi Pad 3 costs 1499 yuan ($225). But the company made a surprise and announced its flagship tablet at 1299 yuan ($195). On one hand, this is a great price tag. But on the other hand, each of those devices has its advantages and disadvantages. Say the Mi Pad 3 provides better battery life and the ASUS ZenPad S8.0 offers a more user-friendly UI. Our hero can attract customers’ hearts by its gorgeous display. Apart of this, the Alldocube Freer X9 comes with a metallic unibody design, build quality, display, speakers, and performance that impress us. We can even ignore the shortcomings such as the dated operating system and the absence of a fingerprint reader.

Get Pixel 2 Look On Any Android Device Without Root 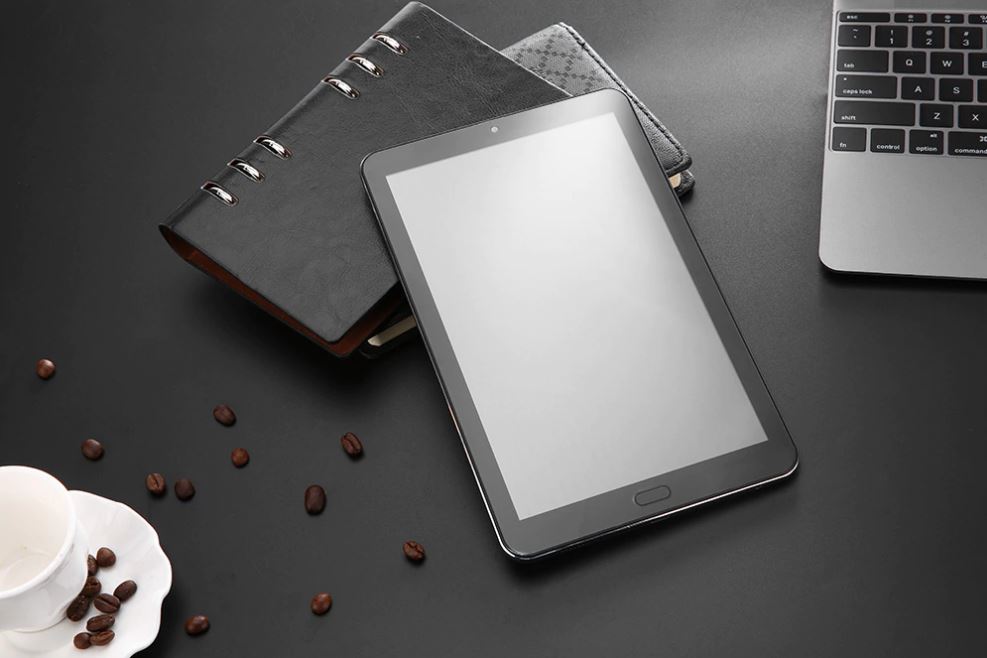