Yesterday Nubia held a special conference, where the manufacturer unveiled its next-level flagship dubbed as the Nubia Z17. We have already managed to take our hands on its sibling announced a few months back, and now it’s the right time to take a closer look at the original Z17. This is the third borderless smartphone of this company, and it’s assumed not much should be changed in it in comparison to the previous models. That’s why when looking at it we are wondering whether it is the same Nubia Z11 or not. To answer this question and many others let’s take a quick peek at its design elements and key features.

Though both phones (the Nubia Z17 and Z11) look identical, they differ much when turning to the back. The dimensions are identical to the Z11 as well. But it doesn’t mean the front panel has been left the same. Say, the position of the selfie shooter as well as the proximity sensor is changed a little. Thus we can state the main changes have been made for the rear panel.

Unlike the previous models the Nubia Z17 comes with an all-metal unibody. Moreover, it continues the traditions started from the M2 and the main camera modules are located horizontally. In comparison to the Nubia Z17 mini camera, the flash light is moved from left to the right. The fingerprint reader is still on the back.

As for antenna ribbons, the one is located on the top and it’s invisible if not looking too attentively. The same is not true for the lower part.

The Nubia Z17 joins the club called ‘3.5mm audio hack cancelled handsets’. Thus it wants to compete with top models such as the Samsung Galaxy S8 and Xiaomi Mi 6. It’s quite reasonable, as the both devices are powered with a Snapdragon 835 chip like this handset. Well, thanks to the lack of a headphone jack and a few other improvements the Nubia Z17 has become waterproof.

Another thing, the Nubia Z17’s selling point is its borderless screen. But unlike its main rivals this phone has a flat front panel that makes it look less attractive.

Nubia uses the frame interactive technology starting from the Z9, and we know it allows us to use the edges of the screen to operate on it. Though it differs from the smartphones with curved screens, this technology is still very useful. You only have to slide to open a shortcut bar and select any tool from it.

Thanks to ‘edges gestures’ you can implement various functions such as slid down to view the apps running on the background, slide from the edge to clean up the background, bilateral sliding can adjust the brightness, double tap will get you to the previous status and so on.

The next enhancement of the Nubia Z17 that is also its third selling point is the dual-camera on the back. It uses a 23MP and 12MP sensors with model numbers of IMX318 and IMX362, respectively. This camera comes with an f/1.8 aperture, 1.4um single pixel area, full pixel dual-core focus and 2x dual-zoom. Although we have to state this is not the best imaging effect we have ever seen. I mean though the Nubia Z17 sports a dual-camera, its shooting performance still yields the Xiaomi Mi 6 and Huawei P10.

The fourth selling point of the Nubia Z17 is the running memory. Probably, this is the first 8GB RAM handset in the world paired with Snapdragon 835. Though many say memories higher than 6GB are useless, I guess this is not the case.

The pre-sales have begun already, but the shipping will start on June 6. 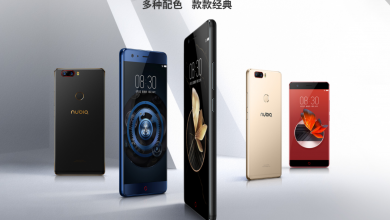