DeepCool, a renowned global brand that produces computer hardware and peripherals for enthusiasts, has announced its return to the CES 2023 convention in Las Vegas, Nevada. The company had been absent from the event for the past three years due to the COVID-19 pandemic but will be back in attendance for the 2023 convention. At a suite at Planet Hollywood, DeepCool will present its new products to industry affiliates, partners, media, and other invited guests, allowing them to have a close and personal look at the forthcoming releases.

The ASSASSIN IV, the successor to the throne of air coolers! will be showcased as a sleek and powerful cooling device capable of operating in silent mode. The Assassin title is not just for show! and this latest version demonstrates that this air cooler is truly a silent but effective heat killer. The new generation DeepCool Assassin IV tower stands out among the other attractive new items! as it is known for its low cost and excellent heat dissipation.

This tower is equipped with two 140 mm fans, which can be swapped for 120 mm options. The tower has a sleek, cube-like appearance, thanks to the strict design of the fans, radiator, and decorative casing. It can effectively dissipate up to 280 W of heat! making it suitable for use with even high-end processors under overclocking. The cost of the tower has not yet been announced by the manufacturer.

Introducing the FT14 140mm fan, a product that demonstrates the transformative capabilities of fans. DeepCool is known for offering feature-rich, high-quality products at an affordable price, and the new fan will continue to uphold this reputation. It features a 3-phase, 6-stage motor that enhances fan performance, dBA levels, and efficiency. The Deepcool FT14 is a powerful and efficient cooling fan that is designed to deliver excellent performance and low noise levels. One of the standout features of the FT14 is its modular frame, which allows for easy reconfiguration and customization to suit different needs and setups.

Additionally, the FT14 features new vibration-dampening corners that help to minimize noise and improve stability. The FT14 also boasts an efficient 3-phase 6-stage motor that delivers superior performance and helps to reduce noise levels. This motor is coupled with PPS fan blades, which are known for their high strength and durability, as well as their ability to deliver strong airflow. Overall, the Deepcool FT14 is an excellent choice for any pc user looking for a reliable and powerful cooling fan that can keep their system running smoothly and quietly. 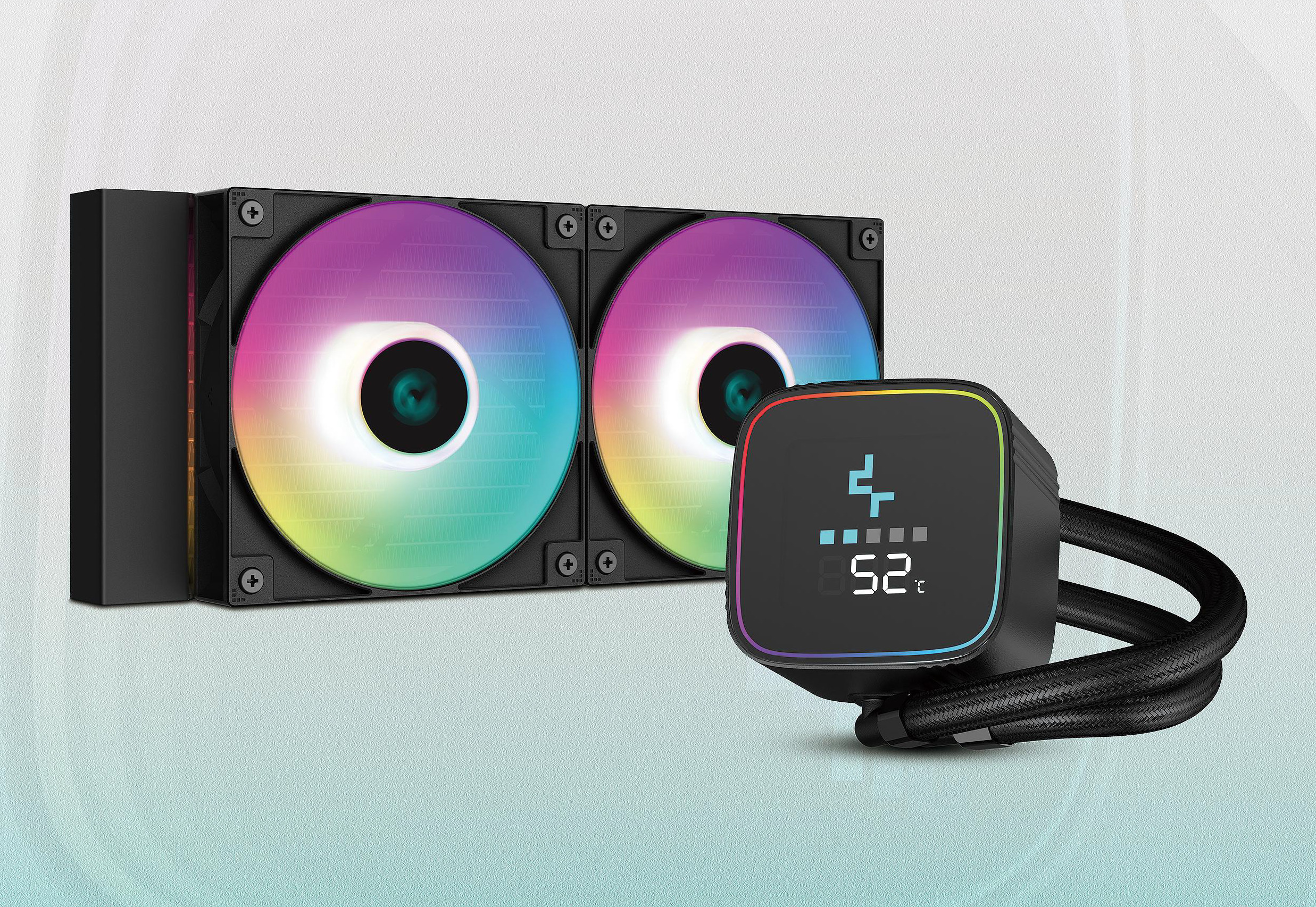 The company has released an updated version of its LS520 product called the DeepCool LS520 SE Digital. This version features a small screen on the pump that displays the CPU temperature in real time. The rest of the design remains unchanged, with a 27mm thick aluminum radiator and two DeepCool FC120 120mm RGB fans capable of reaching speeds of up to 2,250 RPM, producing an airflow of 85.85 CFM and a noise level of 32.9 dBA. It is possible that a triple-fan version called the DeepCool LS720 SE Digital may also be released, though it is unknown if the LS320 model will receive similar updates.

The CH560 and CH560 Digital will be prominently featured, both of which offer high airflow capabilities. Both models feature a hybrid mesh/tempered glass side panel! a high airflow front panel, three 140mm ARGB fans, and ample space for large GPUs. The CH560 Digital edition also includes an LCD display that displays both CPU and GPU statuses. Both models will be offered in both white and black options. The DeepCool CH560 Digital is a semi-tower computer case with dimensions of 455 x 230 x 470 mm, made of SPCC steel, ABS plastic, and tempered glass. 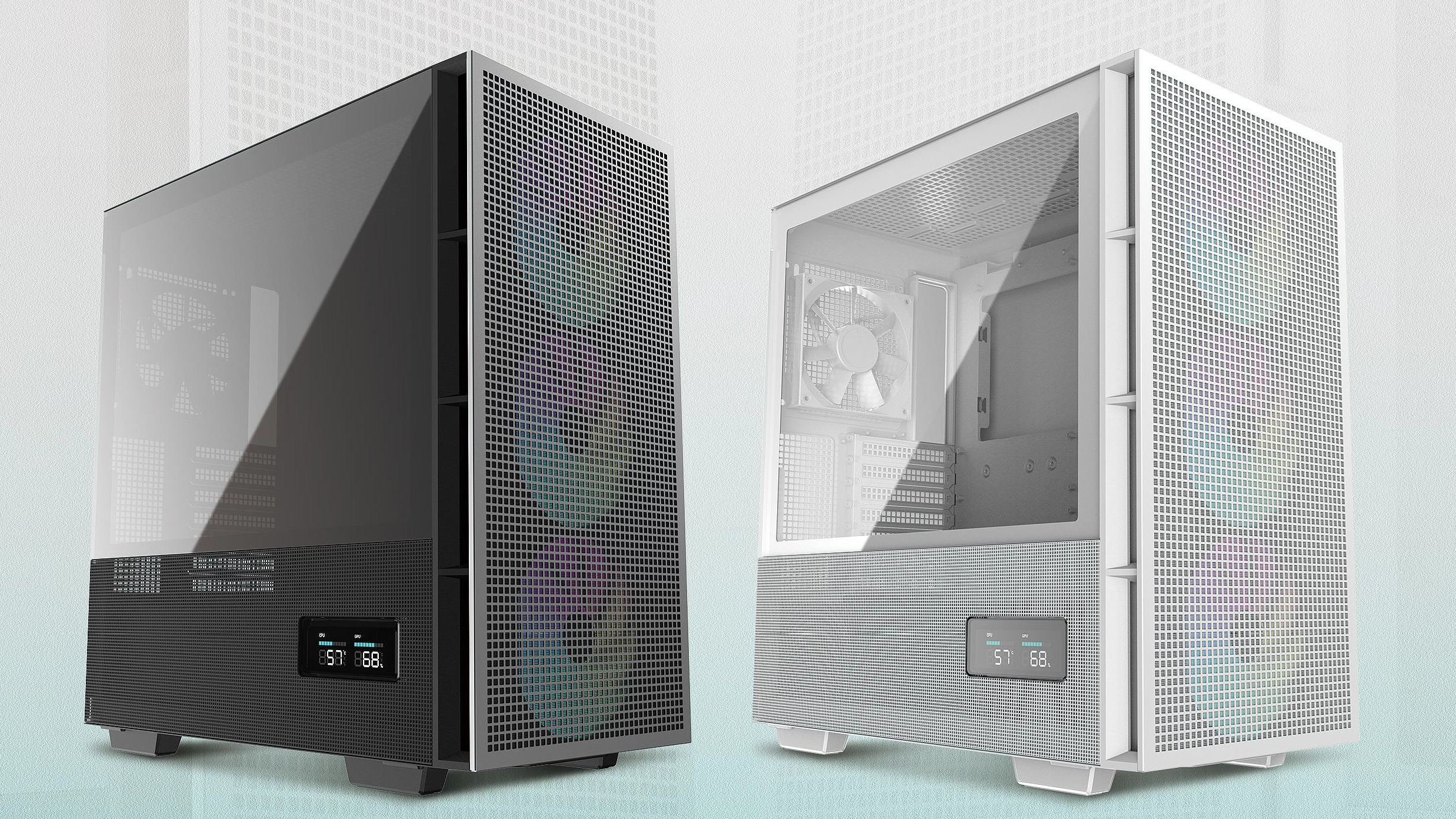 It has the capability to hold E-ATX, ATX, Micro-ATX, and Mini-ITX motherboards! as well as 2x 3.5″ + 2x 2.5″ storage drives. The case can also accommodate a top-of-the-line air CPU cooler with a height of up to 175mm! graphics cards with a length of up to 380mm, and an ATX power supply up to 160mm deep. It comes with 4x pre-installed fans (3x 120mm ARGB on the front + 1x non-illuminated 140mm on the rear)! and has the option to add 2x 120/140mm fans on top for improved cooling. Other features include 2x USB 3.0 ports, top, front, and bottom magnetic dust filters, and 7x PCI expansion slots. It is available in both black and white colors.

To find out the cost of the DeepCool Assassin IV, DeepCool LS520 SE Digital, or DeepCool CH560 Digital case! you will need to wait for the company to provide updated pricing information.