Oukitel RT3 rugged tablet is a rugged tablet released by the Chinese electronics company Oukitel. It is part of the company’s RT series, which stands for “rugged and tough.” As such, the RT3 is designed to be durable and able to withstand rough conditions, making it a good choice for people who are looking for a tough and durable high quality tablet with a tons of latest features.

One of the standout features of the new Oukitel tablet is its rugged design. It has a rugged rubber exterior that provides protection against drops, bumps, and scratches. It is also IP68 certified, which means it is water and dust resistant. In addition, the Oukitel RT3 is MIL-STD-810 certified, which means it has passed a series of military-grade durability tests. These certifications make the Oukitel RT3 a tough and reliable phone that can withstand harsh environments. 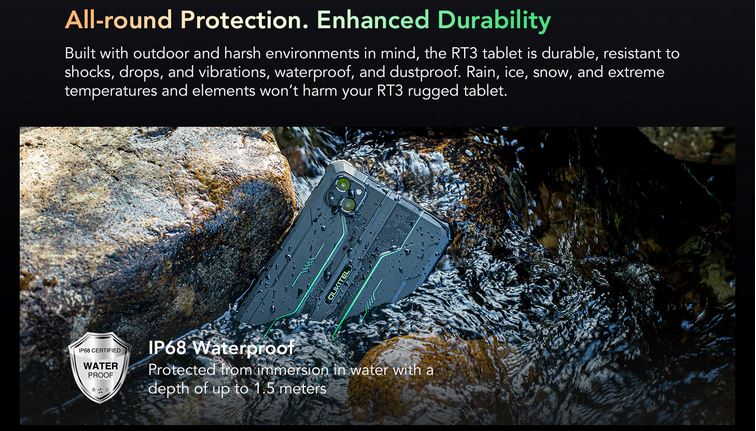 In terms of specifications, the RT3 has an 8-inch full HD+ display with a resolution of 1200 x 800 pixels. It is powered by a MediaTek Helio P22 processor, paired with 4GB of RAM and 64GB of internal storage, which can be expanded via a microSD card. The rugged runs on latest Android 12 and has a 5150mAh battery that last longer than many other high priced tablets. Additionally, In terms of software, the Oukitel RT3 runs on Android 12 out of the box and comes with a variety of useful features, including a dedicated outdoor mode that optimizes the tablet’s settings for use in bright sunlight.

The rugged tablet has a dual camera setup on the back, consisting of a 16-megapixel primary camera and a GalaxyCore macro sensor. The front camera is a 8-megapixel shooter. Both the front and back cameras are capable of taking good quality photos and videos, making the Oukitel rugged tablet a good choice for people who like to capture their adventures and memories. 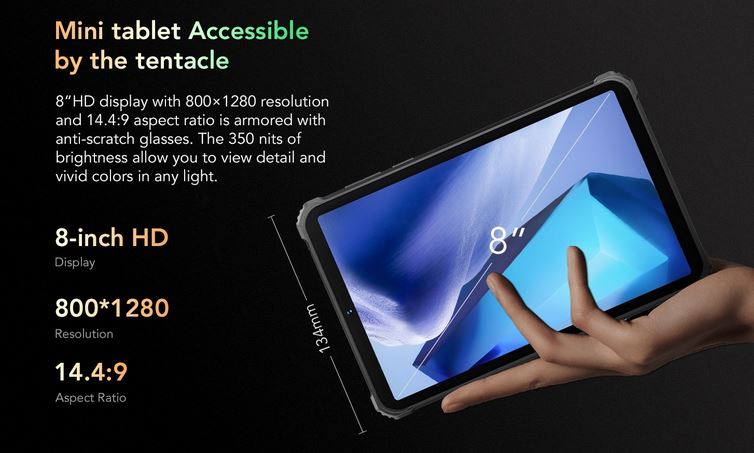 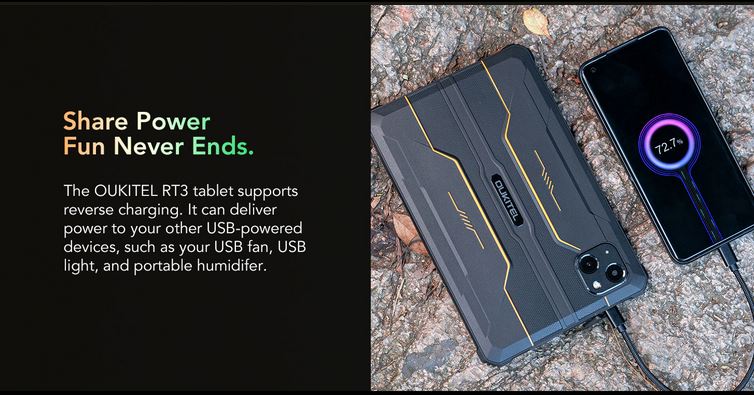 In conclusion, the Oukitel RT3 is a durable and reliable rugged tablet that is perfect for people who lead an active lifestyle or work in harsh environments. Or for those who want a durable tablet. It is designed to withstand harsh environments and rough handling. Its rugged design and impressive camera capabilities make it a great choice for capturing memories and adventures, while its connectivity options and other features make it a convenient and practical device for everyday use.

Where to buy and price

The Oukitel rugged table is available for buy at AliExpress in $149.99 for a limited period.