Doogee has introduced an indestructible smartphone, its back is specially designed, but don’t let that fool you – the new Doogee S99 is a full-blooded robust smartphone that’s ready to work even in the toughest conditions. Doogee S99 is resistant to water, dust, shock, drops, and even large temperature changes. If that’s not enough, the company has said it will be equipped with a 64MP night vision camera. 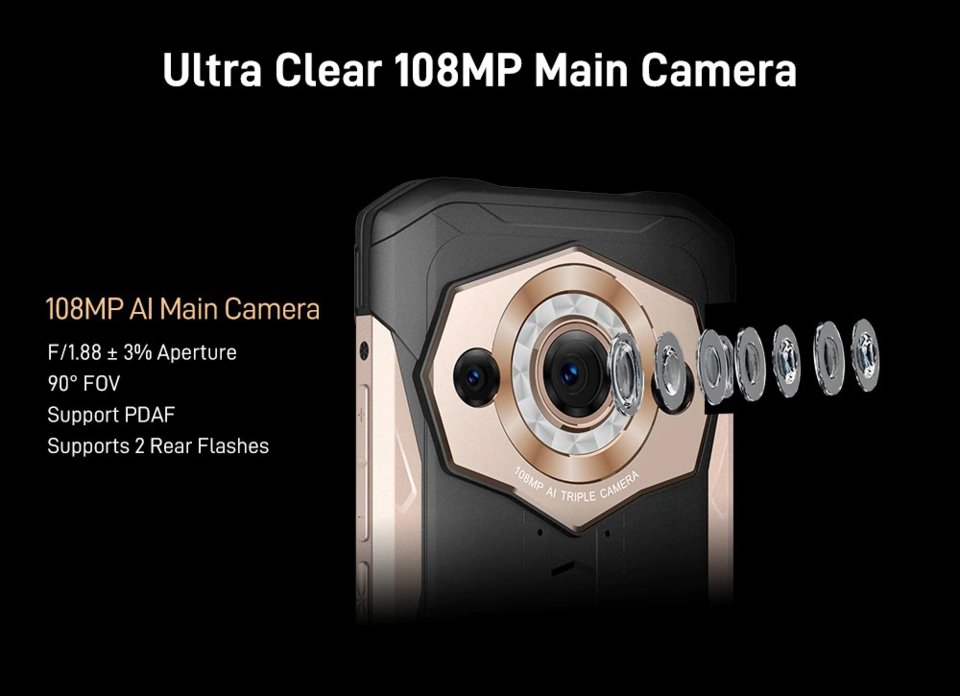 The smartphone was officially announced this week, and they just emphasize an advanced set of cameras, as the company says about them. The front selfie camera is 32MP with a Sony IMX616 sensor! while the rear is triple – 108MP main (Samsung S5KHM2), 64MP night (Night Vision), and 16MP wide-angle/macro (OmniVision OV16B10). Of course, the LED flash, is designed in the form of a ring! It works in combination so that it is quite strong! And you also have an infrared sensor (IR LED) for night shots! And the main camera can also record 2K video. 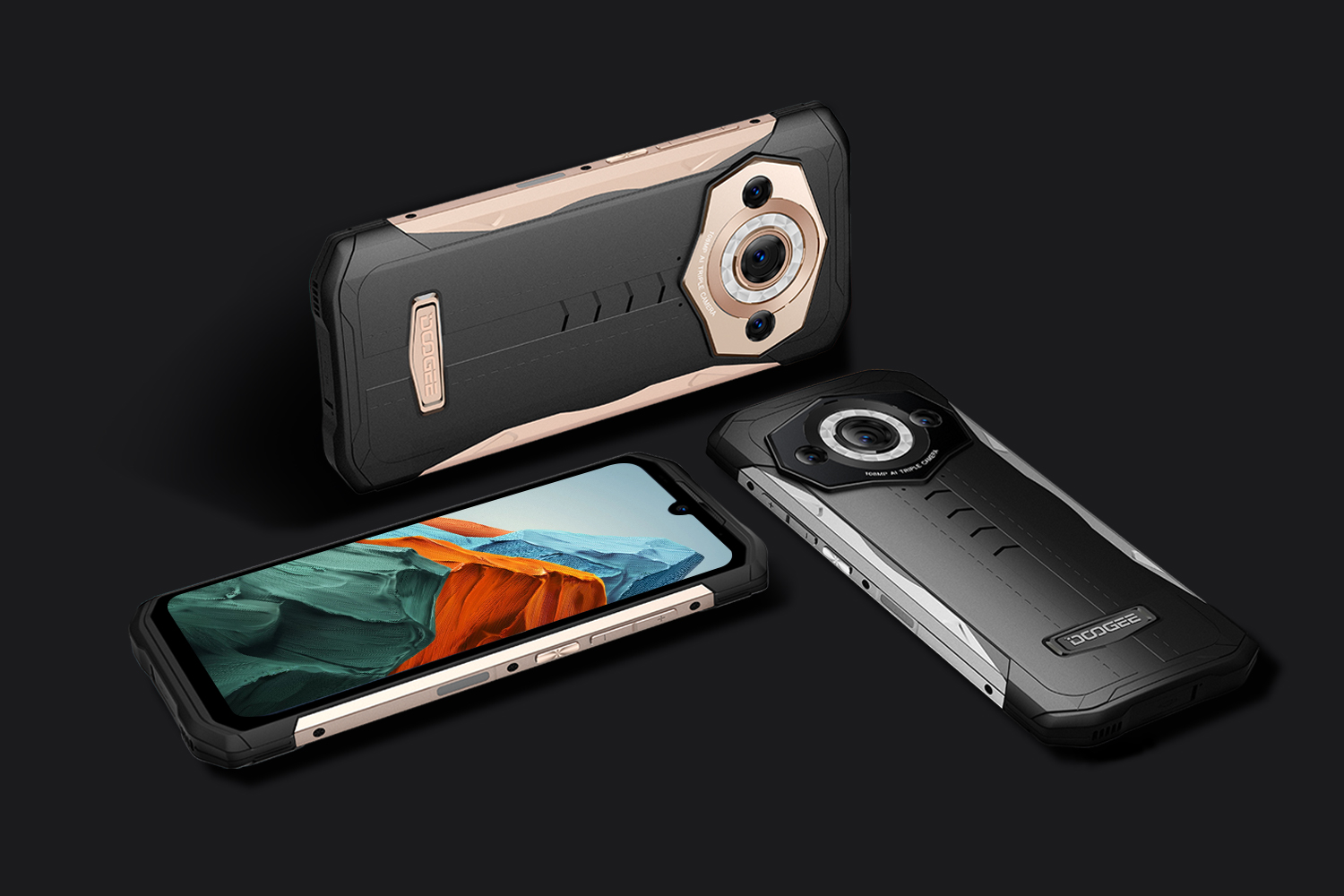 The screen is 6.3 inches IPS and FHD+ resolution and 480 nits brightness, and is additionally covered with Corning Gorilla Glass protective glass. A stronger 6000mAh in-built battery is built in, which supports 33W wired and 15W wireless charging! And the company boasts that it will last up to 18 days on standby! Or up to 28 hours of calling. 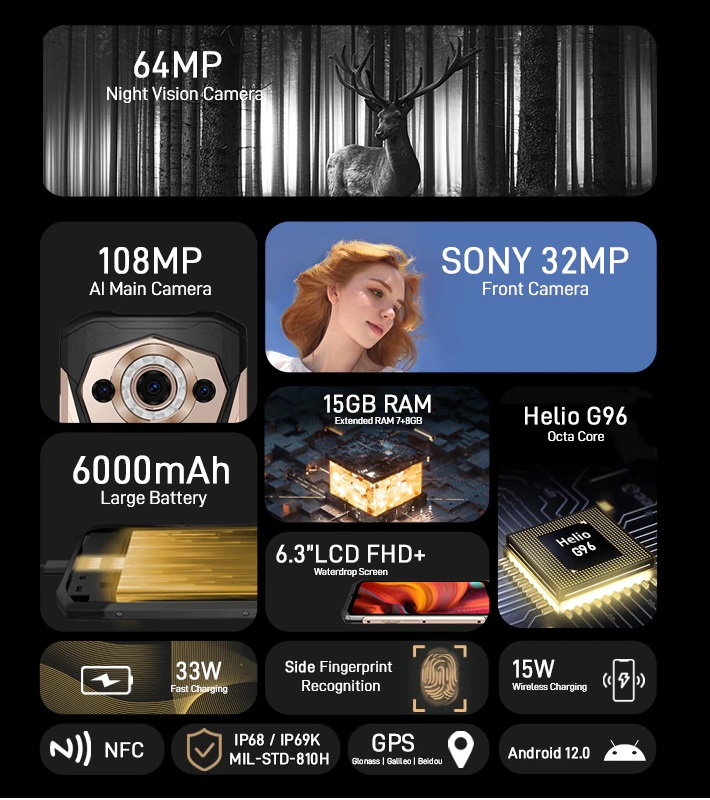 Let’s also mention that the smartphone runs on MediaTek’s Helio G96 processor at 2.1GHz with ARM Mali-G57 graphics at 900MHz. 8GB of RAM (with an additional 15GB of virtual) and expandable 128GB of internal memory via microSD slot are installed. A fingerprint reader, an additional programmable button! and a USB Type-C input are also placed on the side, and it runs on Android 12 OS with Bluetooth 5.1, dual-band Wi-Fi, NFC, and much more. As a robust smartphone, it is resistant to water and dust following IP68/IP69K certificates! Following the military MIL-STD-810H standard, it is resistant to shocks, falls, scratches, pressure, moisture, and extremely high and low temperatures.

The new Doogee S99 smartphone will be officially launched on the 22nd of December, with a limited discount of around 45%, for a final price of around $179 instead its original price of . It will be available on the official AliExpress and Doogeemall online stores.