Along with the development of society, the requirements for quality of life are increasingly focused, especially on the issue of air. Understanding the worries of customers, technology brands have developed and launched air purifiers, typically the Jya brand, which is part of the Xiaomi group’s ecosystem. The brand has launched the Jya Fjord (Fjord Pro) line of air purifiers with European quality standards. The Jya Fjord Basic \ Jya Fjord Pro Air Purifiers are currently much cheaper in the in-house online shop on Black Friday Sale with up to 50% OFF discount. If you are currently struggling with pollen, it could be a little easier with an air purifier. 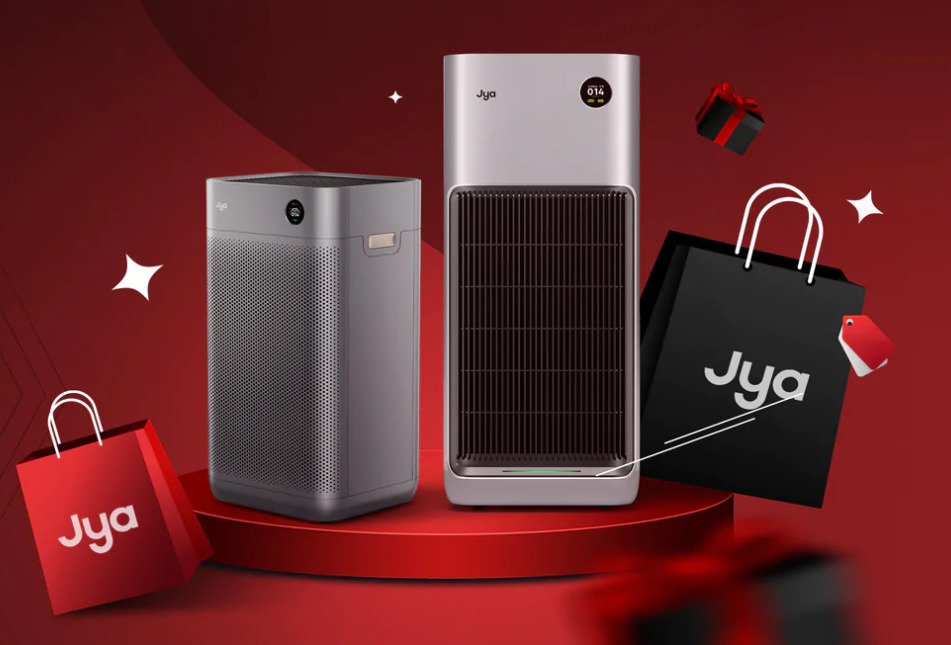 The Jya Fjord Air Purifier is the company’s first high-end air purifier, the first brick marking the birth of the Jya brand. The device possesses outstanding and outstanding advantages that are difficult to obtain in the same segment, specifically as follows:

With more than 7 years of research, development, and testing, manufacturers have introduced NanoGuard filter technology. This technology for faster and smarter response speed with the ability to recognize and filter out all kinds of polluting dirt even at a size as small as 1000 times. This is a plus point that hardly any air purifier on the market has. 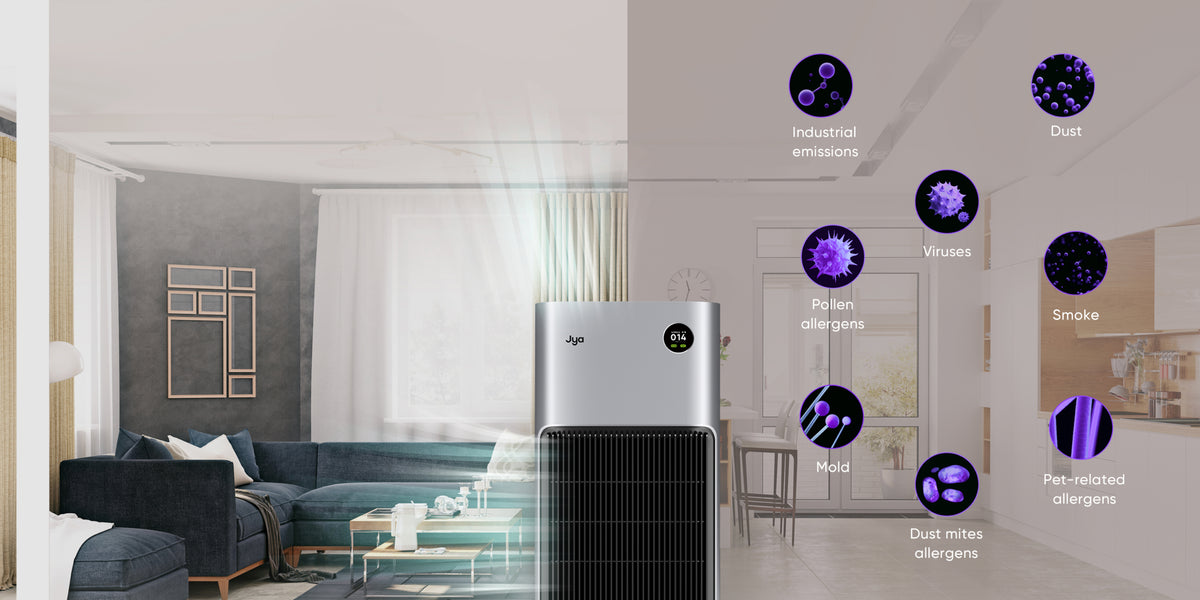 In addition, in addition to removing dirt, the device can also filter out up to 99.99% of viruses, bacteria that cause unpleasant odors, and allergens such as animal hair, pollen, fabric fibers, etc. At the same time with the clean filter, the device also disinfects with UV rays to return the freshest living space and absolutely safe for the family.

The Jya Fjord Air Purifier has an air purification capacity of 450m 3 CADR per hour and can remove volatile organic substances (TVOC CADR) present in the air at up to 150m 3 per hour. The air purifier can clean a room up to 54m 2 every hour and emit 7499 liters of clean and fresh air in the home’s air cycle.

The air purifier is equipped with the latest purification technology, UV light, which wipes out air particles without using chemicals. The function sterilizes and sanitizes the air from bacteria, viruses, pollen, formaldehyde, and smoke while creating and bringing clean air into the home for a clean air cycle. 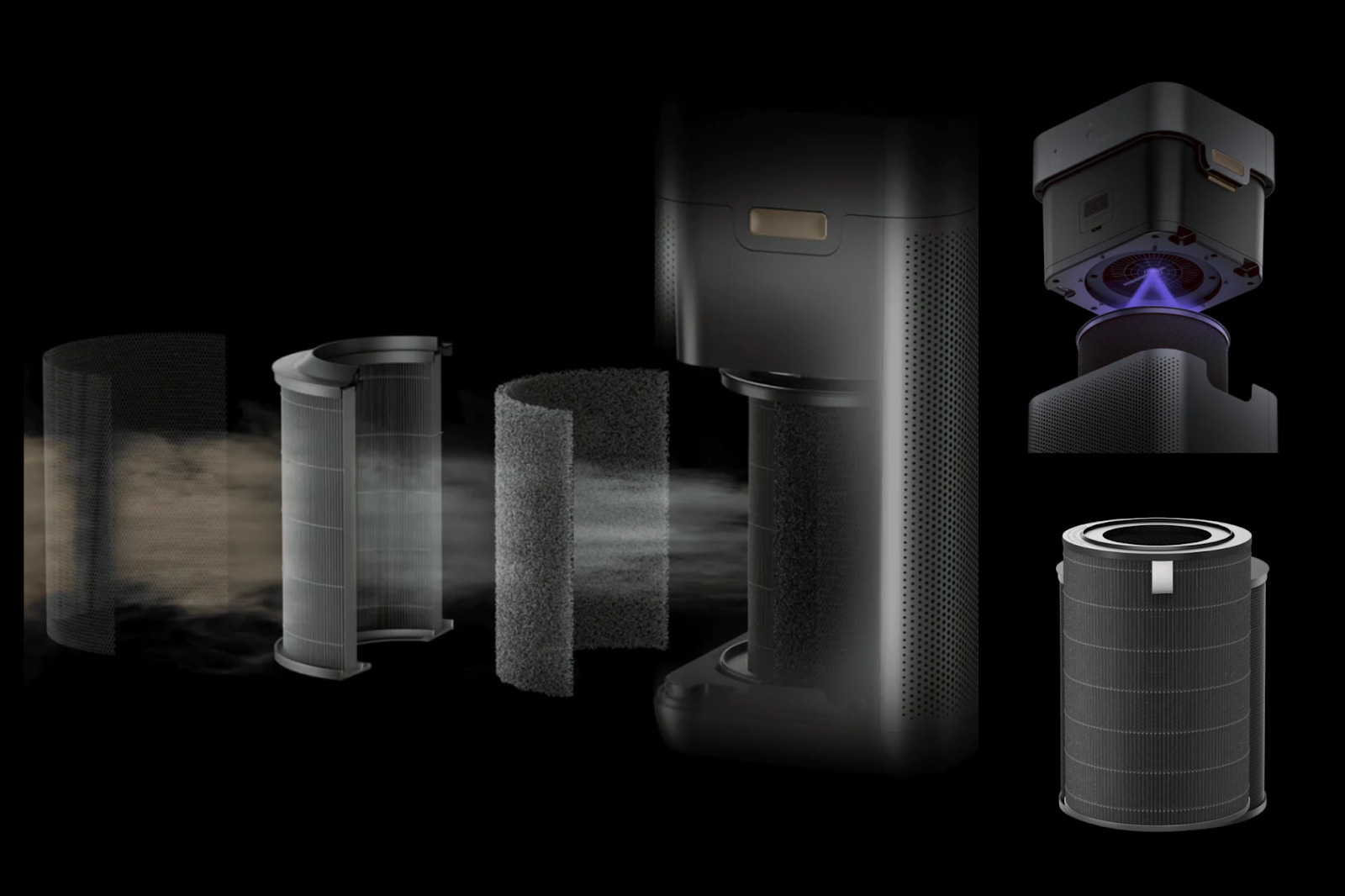 Manufacturers have equipped the Jya Fjord Air Purifier with a 4-stage filtration system, for the ability to purify the air to 99.99%. Four stages of air filtration include:

The Jya Fjord Air Purifier features a state-of-the-art, state-of-the-art laser sensor that accurately tracks five specific key air readings including PM 10, PM 2.5, TVOC, temperature, and humidity. With the measured indicators, the device will detect even the smallest pollutants in the air so that it can adjust the most suitable filter mode. As a result, the indoor air is always fresh, clean, and safe for your and your family’s health.

Users can easily monitor the air quality through the indicator lights displayed on the OLED touchscreen, specifically: 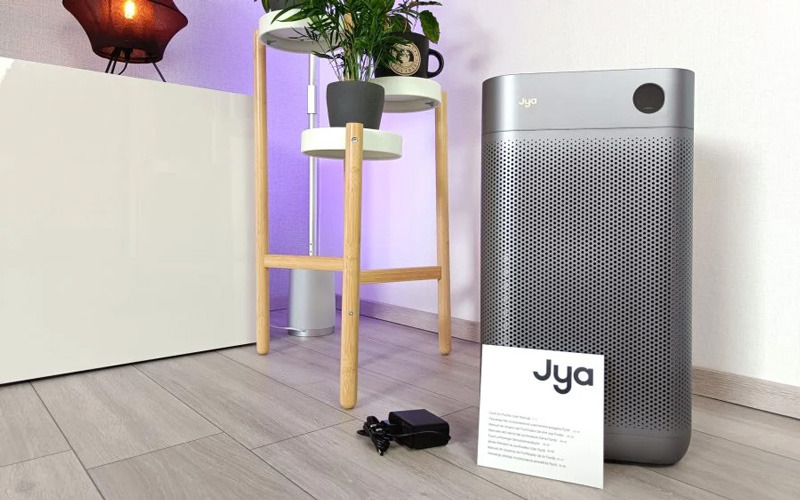 Most air purifiers are white, but with the Jya Fjord Air Purifier, the manufacturer chose the main color “Space Gray”. This silver-gray tone brings elegance, elegance and is suitable for most spaces or different designs and interior styles. In addition, Jay Fjord Air Purifier uses high-quality plastic for effective impact and explosion resistance. Besides, the air purifier is also made of high-quality plastic material, which is resistant to impact, fire, and explosion effectively. The front and back of the device have vertical slots with the task of drawing air into the device.

Similar to any Xiaomi product line, the Jya Fjord Air Purifiers can also be connected and controlled remotely via the Smartmi application on the phone. With this connection, users can easily control the device such as turning on the device, changing the filter modes, timer, and child lock. In addition, can monitor the air quality in real time. or by day, week and month. In particular, the air purifier can also be controlled by voice via Google Home, Apple HomeKit, or Amazon Alexa.