A Chinese brand xTool has just revealed its latest and high-end engraving machine, dubbed D1 Pro. It is clearly a professional version of xTool D1 that was launched a few months ago. The new laser engraver is the company’s first machine with 20W laser power. Earlier, we came across the world’s first 20W diode laser engraver by Atomstack. It is the first 20W laser engraver by xTool after the success of its 10W model. The D1 Pro is up for orders for US$1,199.99 on the official website.

When we come to screen its features and specifications, xTool’s latest D1 Pro machine presents a pool of advanced qualities. One of the major configurations is its 20W laser engraving capability. Unlike the company’s previous 10W engraver, the new device works efficiently for all types of materials. You can cut 10mm basswood and 8mm black acrylic in one go without any stigma. Also, with 400 mm/s of engraving speed, it will increase your productivity with upgraded algorithms. 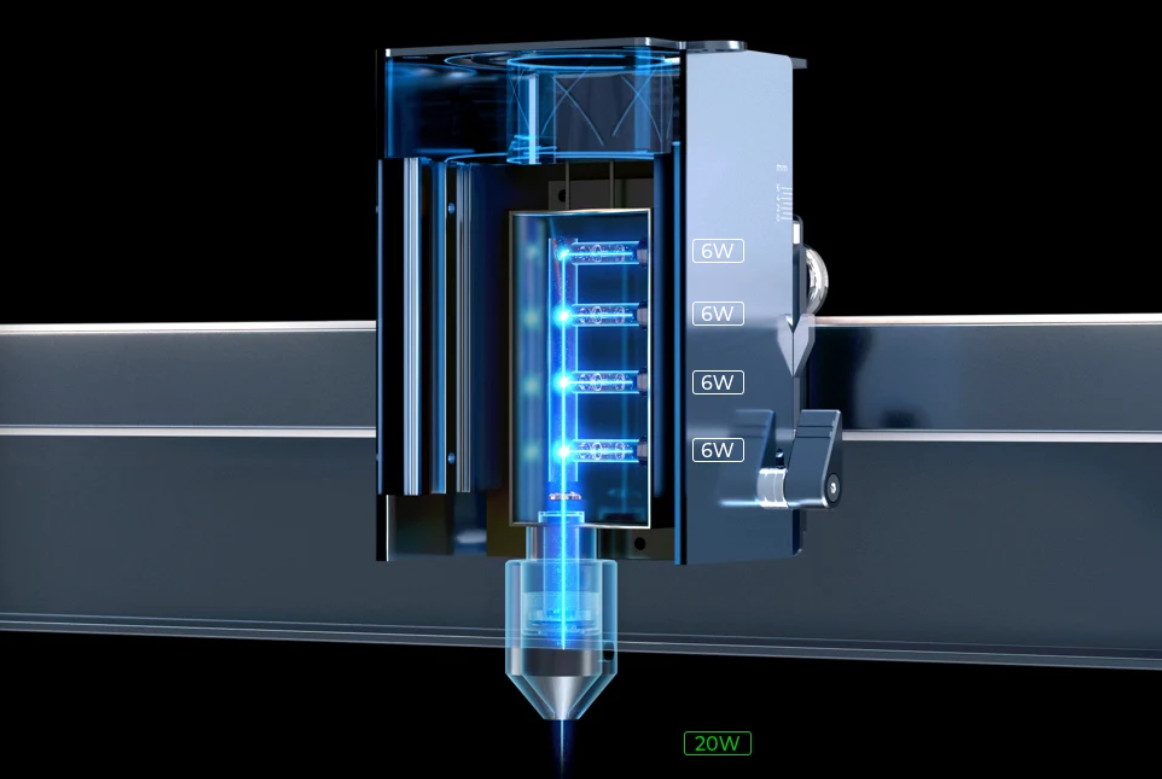 Further, the latest D1 Pro laser engraver brings an all-metal body and exquisite design with elegant finishing. It integrates cutting-edge four laser beams of 5W each to give you a combined 20W laser technology. The working area measures 430x390mm while the laser spot is 0.08×0.10mm. In terms of connectivity, the new xTool D1 Pro machine supports USB, WIFI, and TF card. Similarly, the machine is compatible with Windows, Android, iOS, and macOS.

Eventually, the xTool D1 Pro 20W looks efficient in terms of productivity, performance, and speed. It is truly an overwhelming development over the previous edition with several top-notch specifications. As of now, you can capture the engraver for US$1,199 on the official channel.