If I were to choose one thing that I couldn’t live without the most in the 21st century, I would probably choose the Internet. The ancestors’ dream of “knowing everything in the world” has finally been realized today through the Internet. As a “heavy Internet user”, the greatest happiness in life is to surf the Internet while resting after getting off work. Today’s broadband speeds are getting faster and faster, and gigabit packages have become commonplace.

I believe that many people who pursue Internet speed like me have also discovered one thing: they excitedly upgraded the broadband according to the operator’s propaganda, but the Internet speed still did not improve. This is often because there is a problem with the router. If there is no suitable router, the network speed will still not be able to exert itself. XiaomiToday brings you a ZTE Miracle AX3000 Pro Wi-Fi 6 Router that can adapt to high-speed broadband (Thanks to ZTE for Providing us).

ZTE Miracle AX3000 Pro Wi-Fi 6 Router is the big brother in the domestic communication industry – ZTE, a fairly powerful router released not long ago, its inherent performance is very strong, the network speed can be as high as 3000Mbps, and it also supports Easy Mash One-click networking, let the network cover every place you go! Let’s take a look at the experience of the ZTE Miracle AX3000 Pro Wi-Fi 6 Router.

The packaging box of the ZTE Miracle AX3000 Pro Wi-Fi 6 Router is more elegant and atmospheric, with a relatively clear appearance of the router on the front, and the corresponding name, model, and brand logo next to it, which shows that its performance is not ordinary. There are detailed descriptions of its configuration and interfaces on the side, and a brief introduction to the main features on the back, which is convenient for users to quickly understand routing-related information. 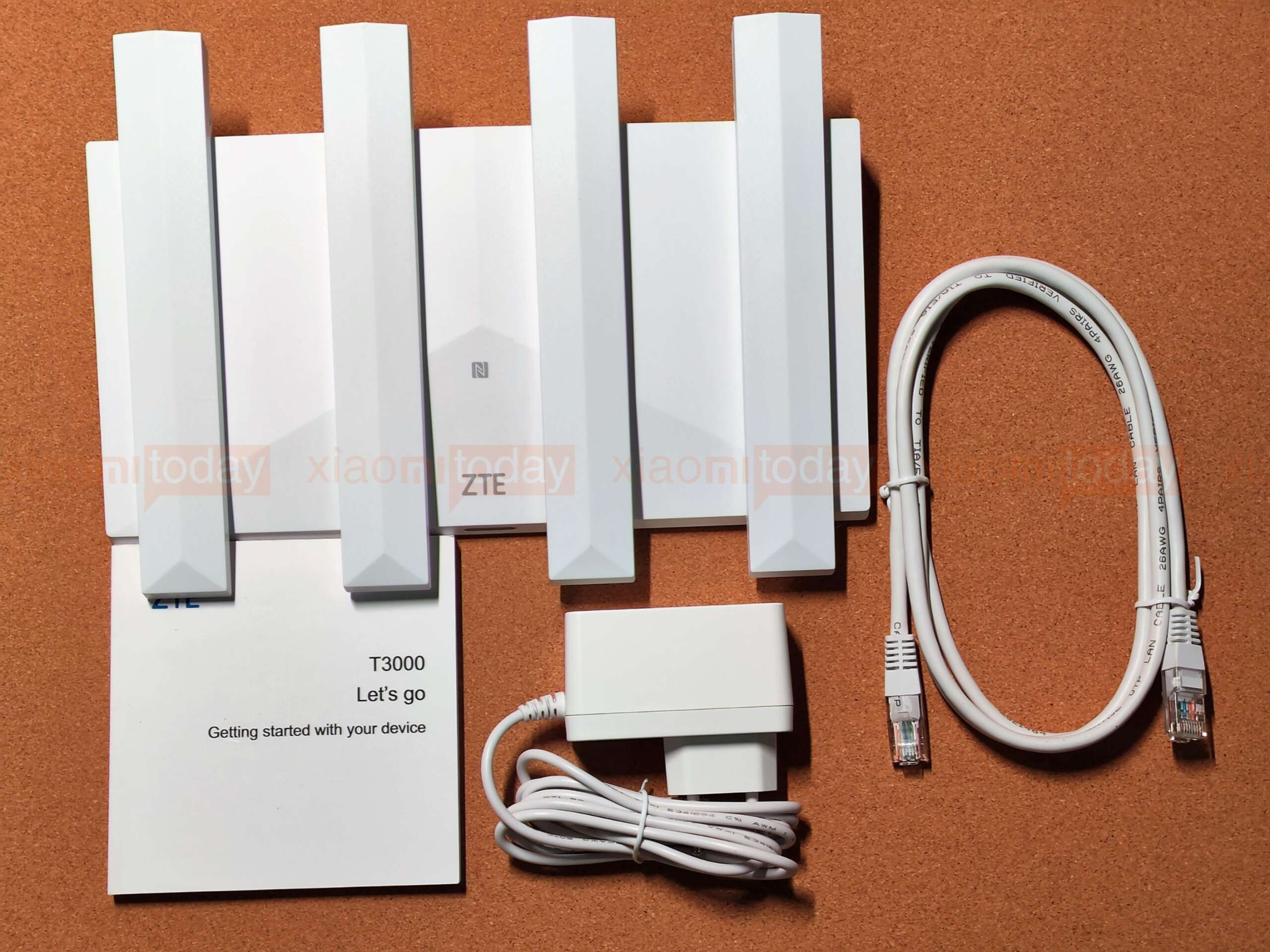 When you open the package, you can see the ZTE Miracle AX3000 Pro Wi-Fi 6 Router, power adapter, a quick guide, and a network cable. Each accessory is packaged independently and will not shake during transportation, which is very considerate and reflects the rigor of the manufacturer in terms of details. 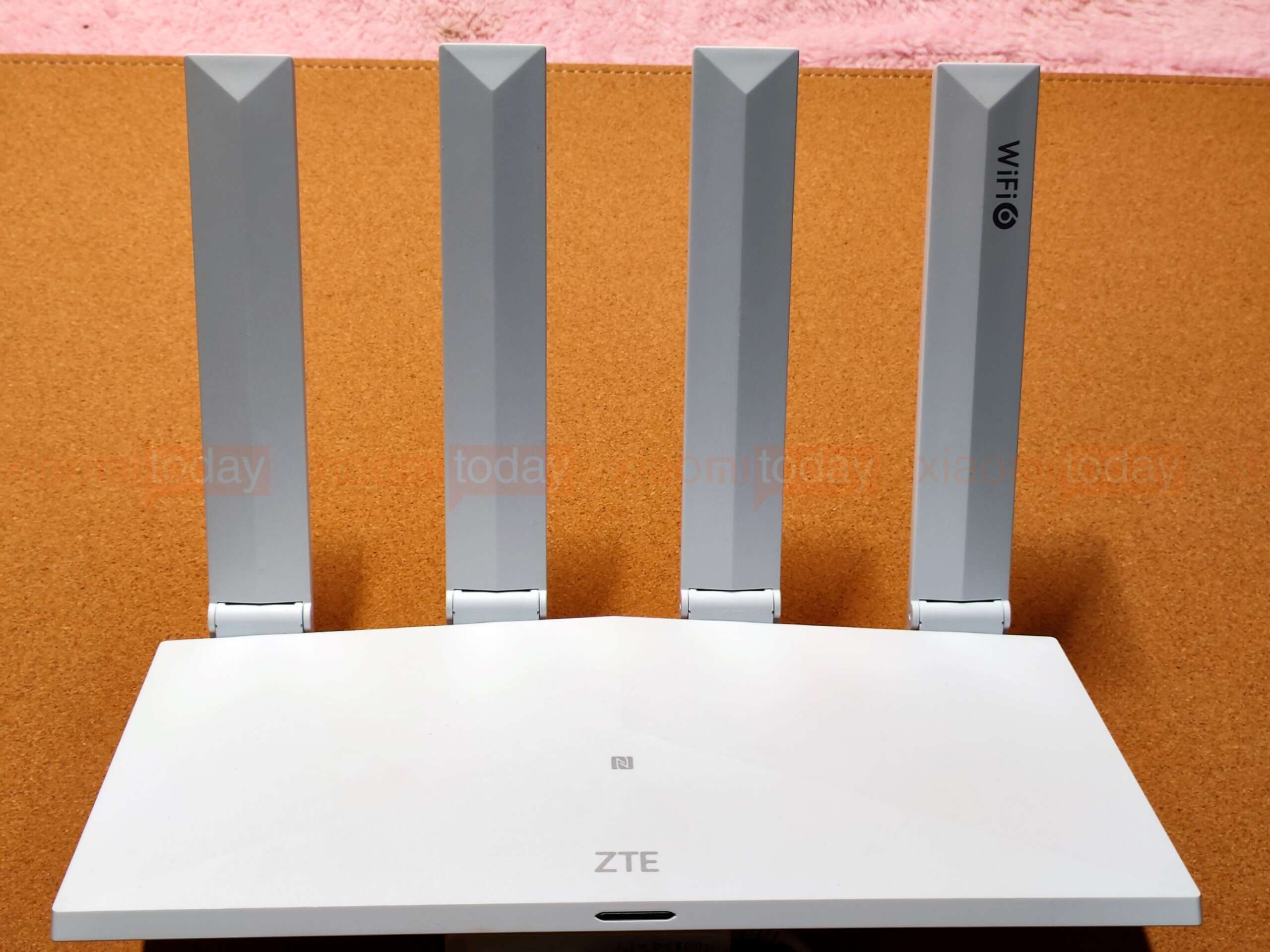 The appearance design of the ZTE AX3000 Pro is simple and stylish, without the use of a cylindrical or square design style. Four independent antennas are located at the rear of the fuselage, one of which has the Wi-Fi 6 logo. In normal use, the maximum coverage of the wireless network can be achieved by directly erecting 4 independent antennas. 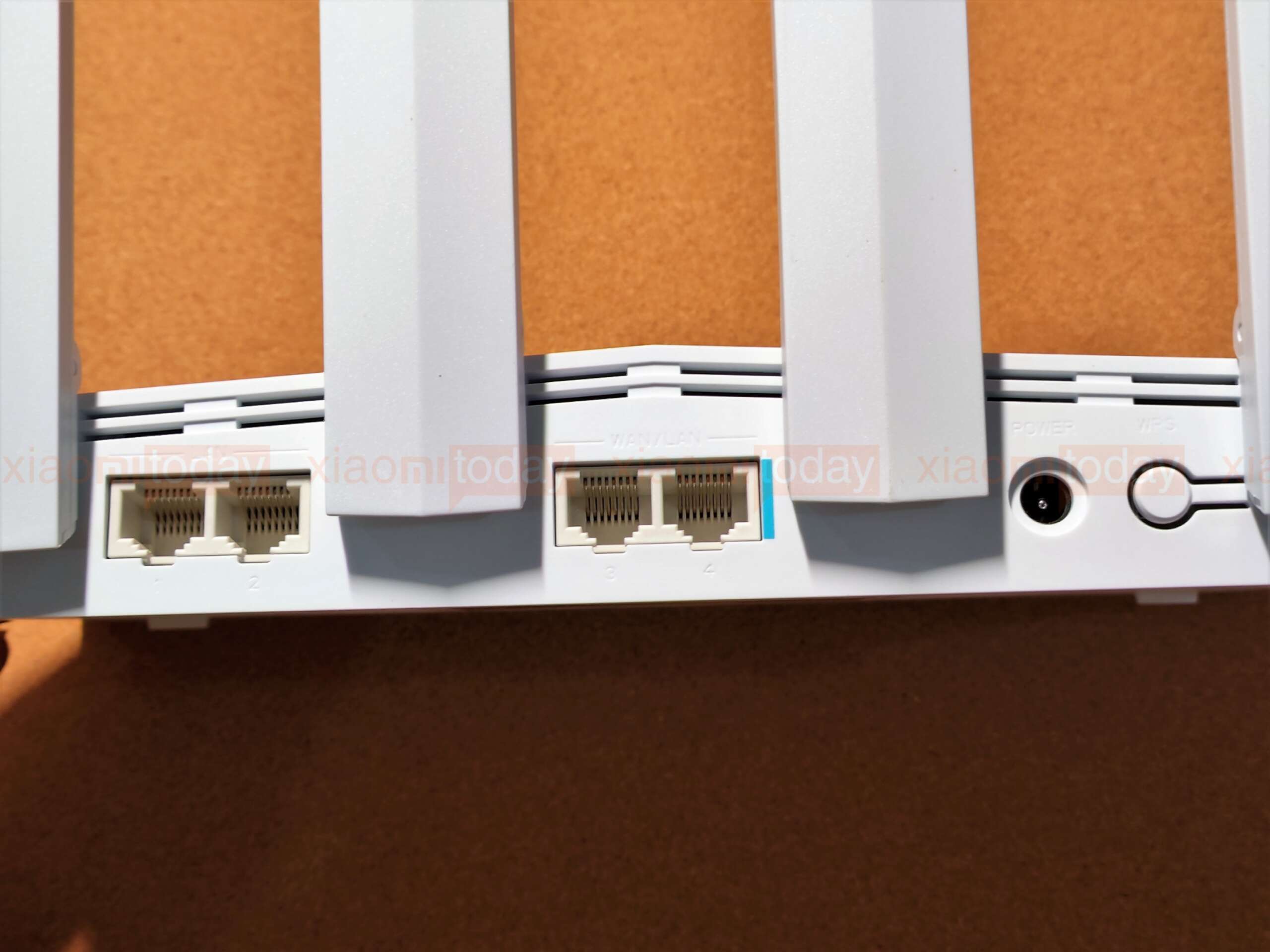 Four gigabit network ports are on the back of the fuselage, three of which are LAN ports and one is a WAN port. However, a LAN port on the right can access another broadband to achieve two broadband aggregations. 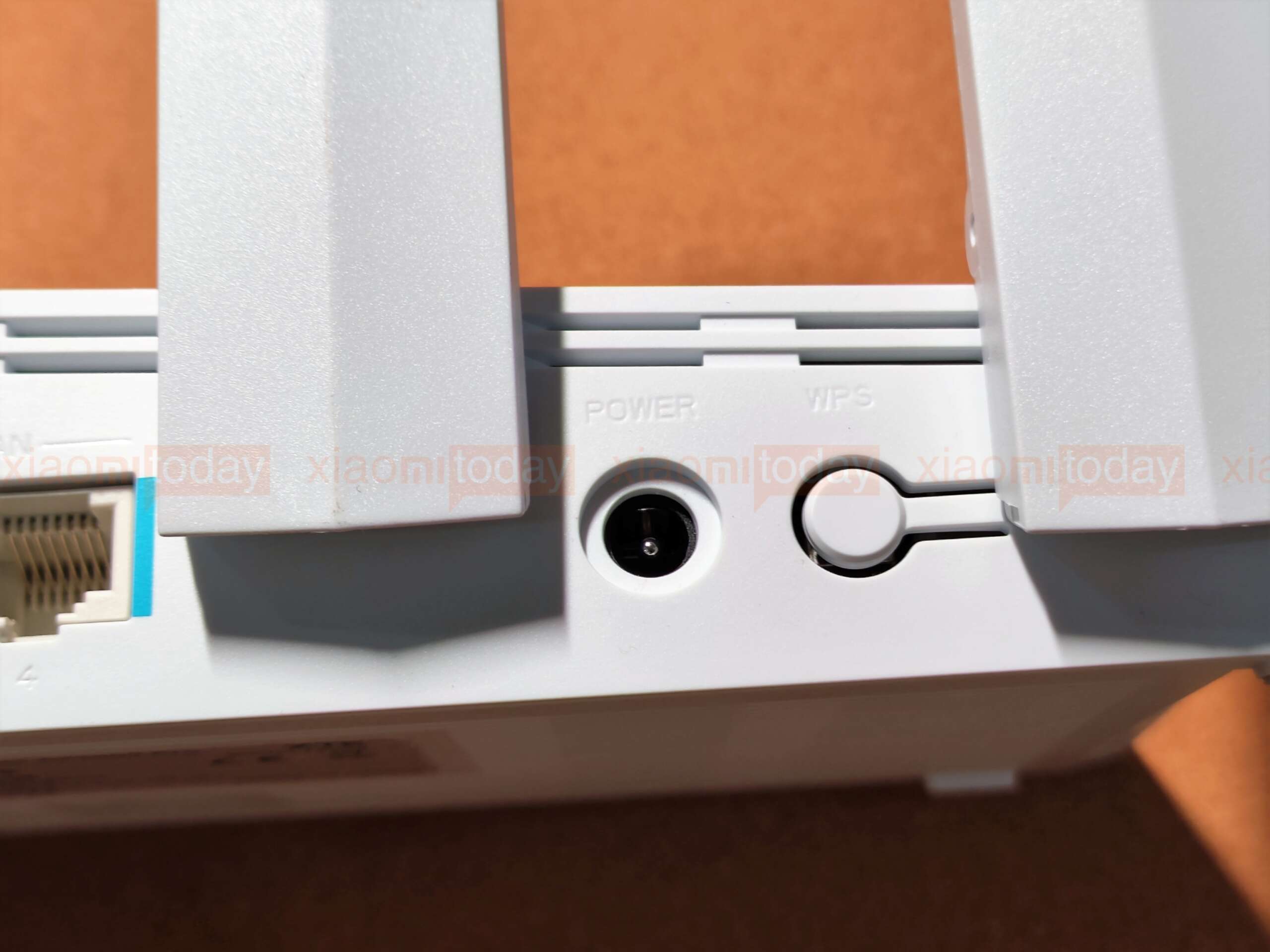 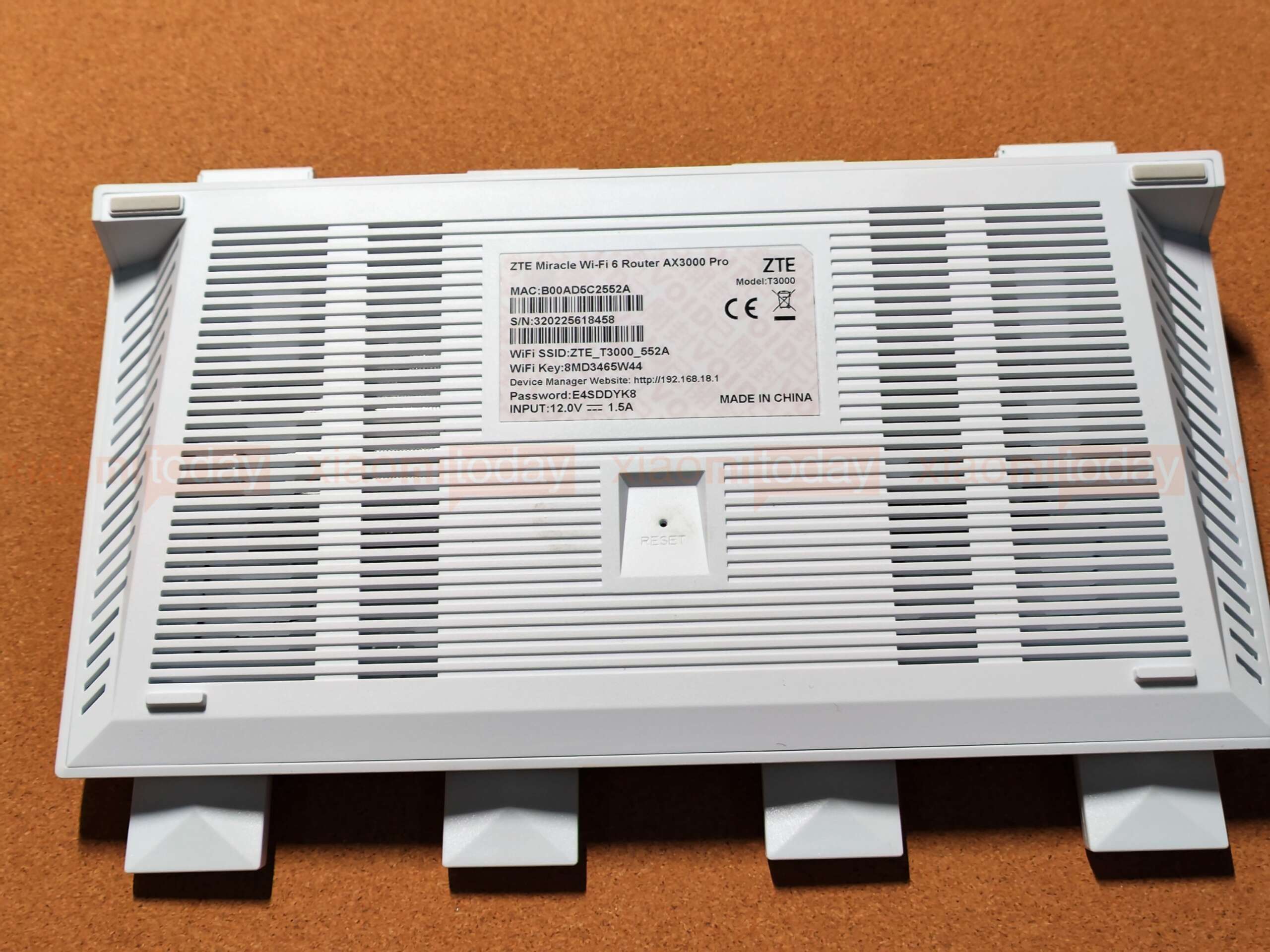 In order to improve the heat dissipation capacity, the ZTE AX3000 Pro wireless router has large-area heat dissipation holes on both sides and the bottom of the fuselage. Even if it is turned on 24 hours a day, we don’t have to worry about the router freezing or restarting due to overheating. 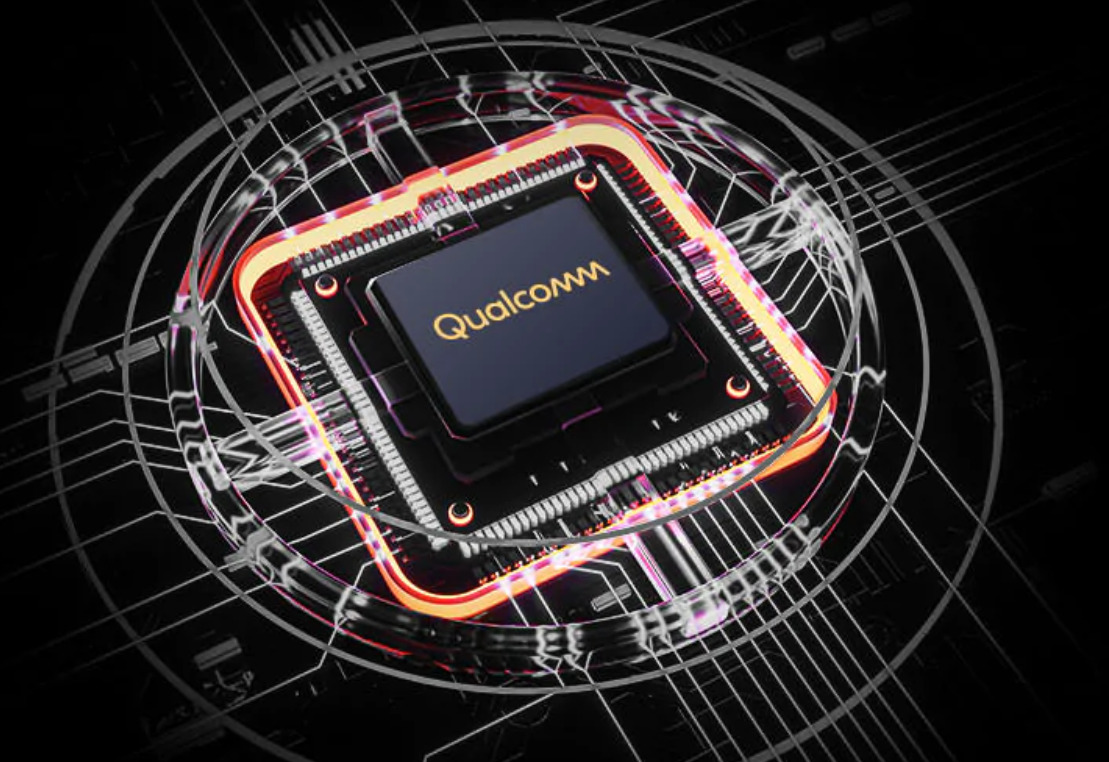 In order to enable this chip to fully turn on its firepower, ZTE Miracle AX3000 Pro Wi-Fi 6 Router also designed a very efficient heat dissipation solution: the motherboard adopts “Oreo” type heat dissipation, and the front is a long fin type. The radiator, the high-performance thermal conductive grease on the back, and the aluminum plate directly dissipate heat; the bottom of the shell adopts a large-area hollow design to reduce the heat accumulation inside the shell, and cooperates with the side antenna air outlet and foot pad to form a “chimney” type air duct inside, Accelerates heat export to ensure stable and efficient operation of equipment.

At the same time, the dual-channel WAN port of the ZTE Miracle AX3000 Pro Wi-Fi 6 Router also maximizes the uplink speed. It can allocate Internet data streams to different uplinks to achieve speed superposition, and achieve simultaneous access to the Internet on multiple uplinks, thereby increasing the bandwidth Superposition to meet the user’s demand for high speed. 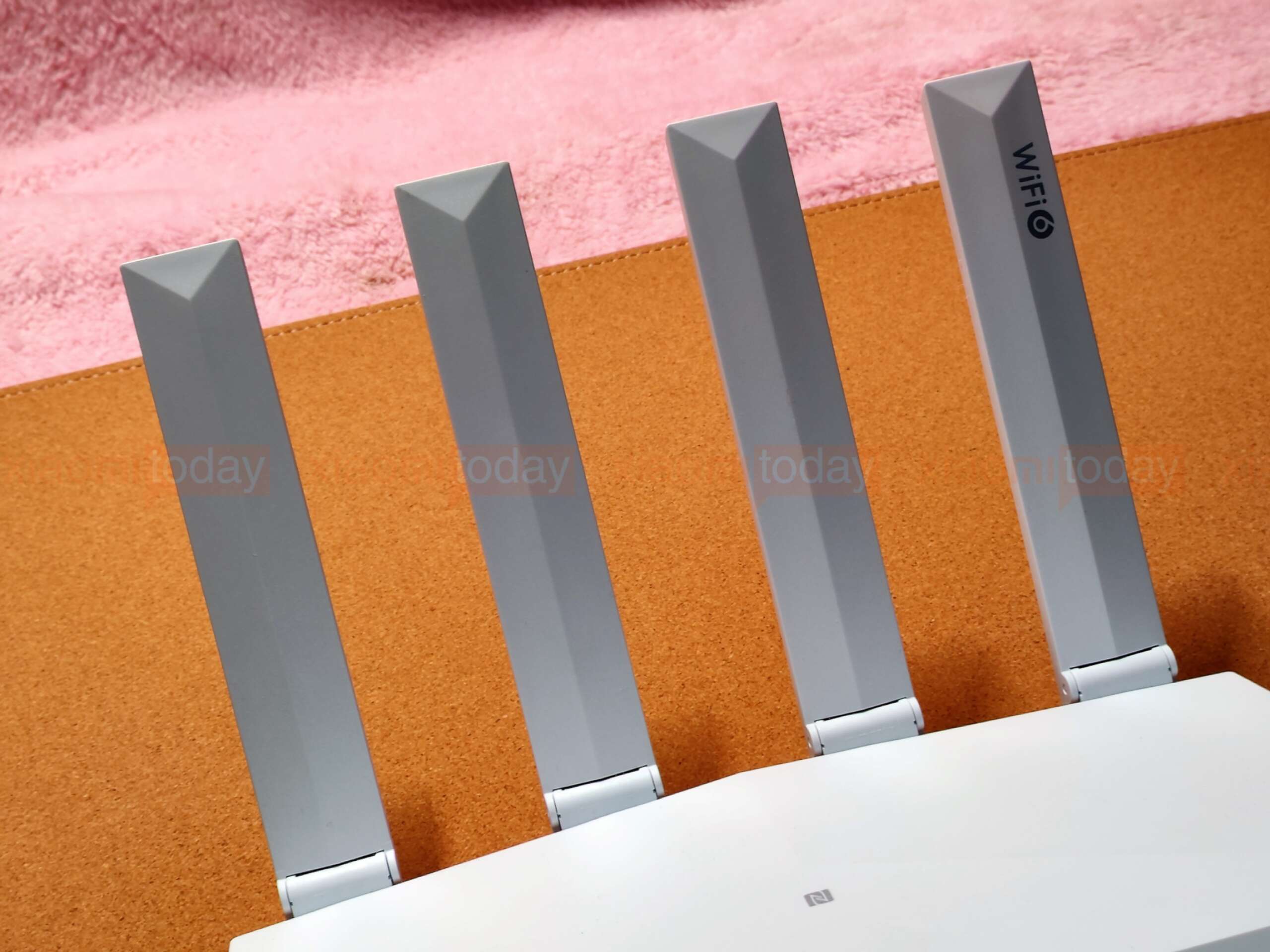 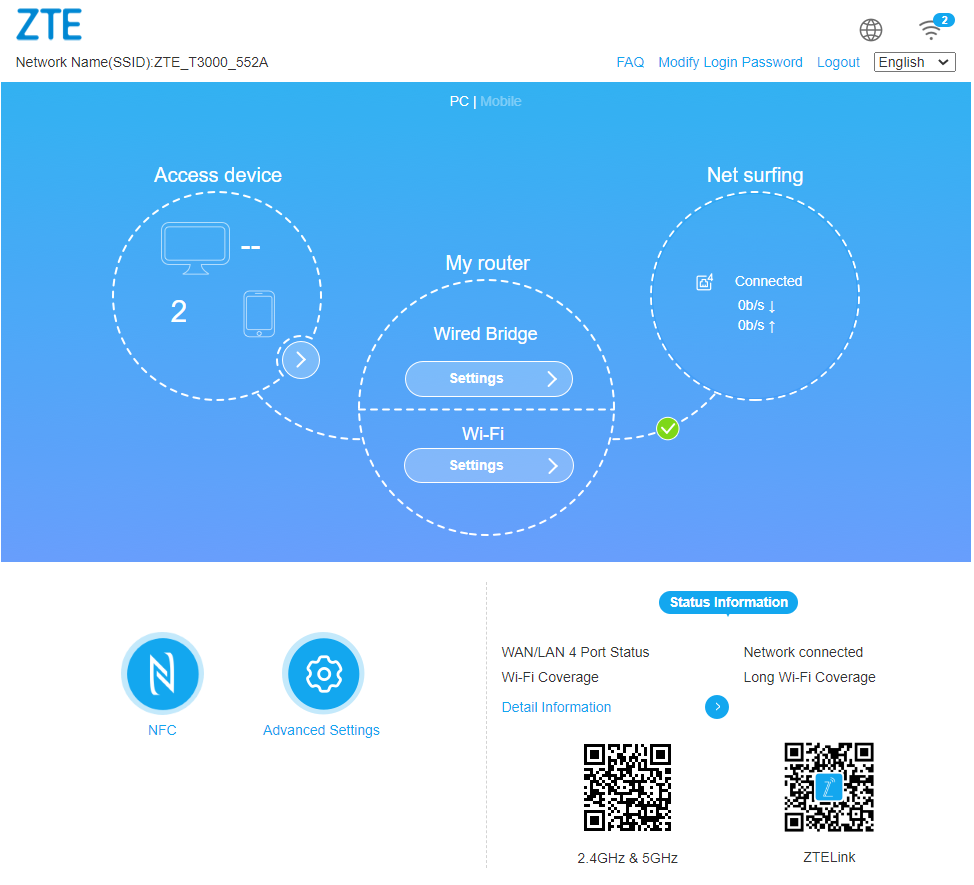 ZTE Miracle AX3000 Pro Wi-Fi 6 Router can be connected in two ways: wired or wireless. The wired one is easily limited by the length of the wire, and it is more convenient to use a wireless connection. Use the laptop to quickly search and connect to the router’s WiFi, and open the browser to enter the 192.168.18.1 for the setup wizard page, the setup is very simple, follow the setup wizard to complete the setup, and then you can connect to the network. 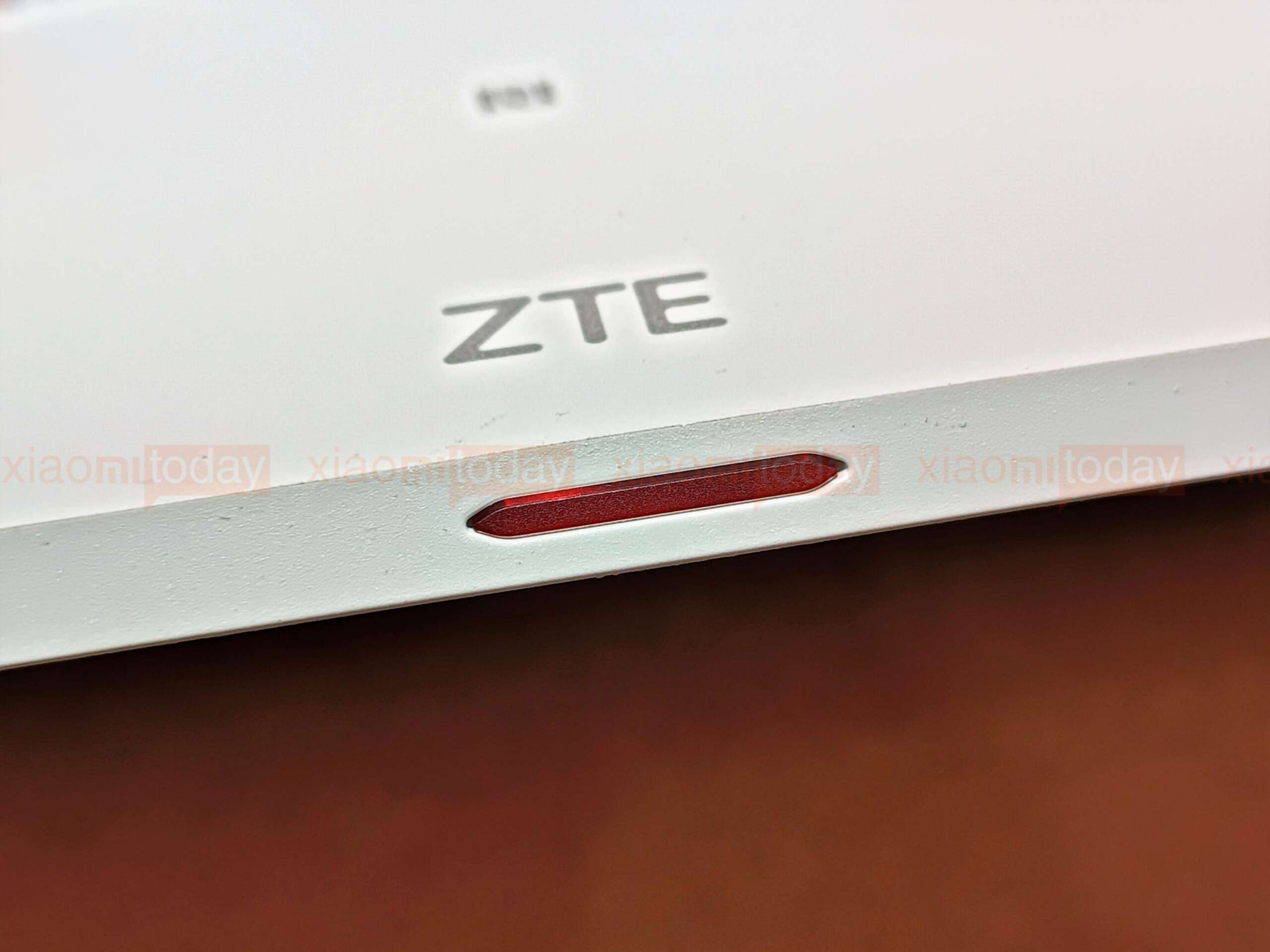 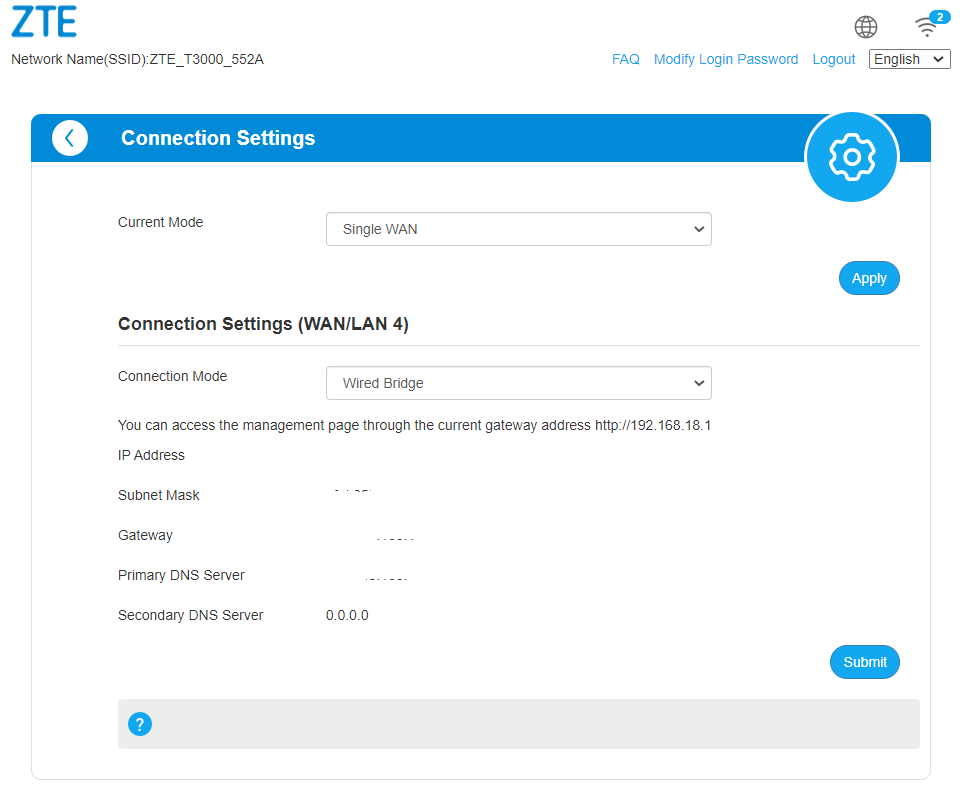 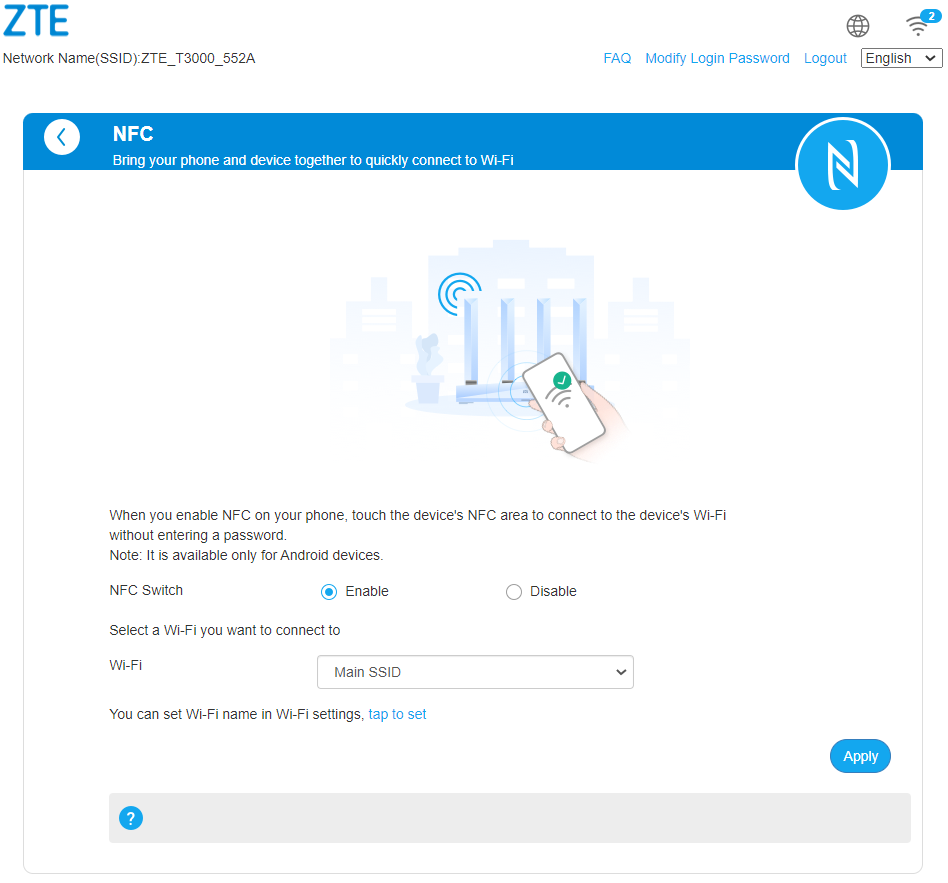 Next, about the settings of functions such as NFC.If it’s troublesome to tell the passwords one by one, and for security, the passwords are generally set to be cumbersome, and the input of the guests is also very troublesome. Turn on the ZTE AX3000 Pro NFC to connect to Wi-fi with one touch, realizing “connection” with one touch. 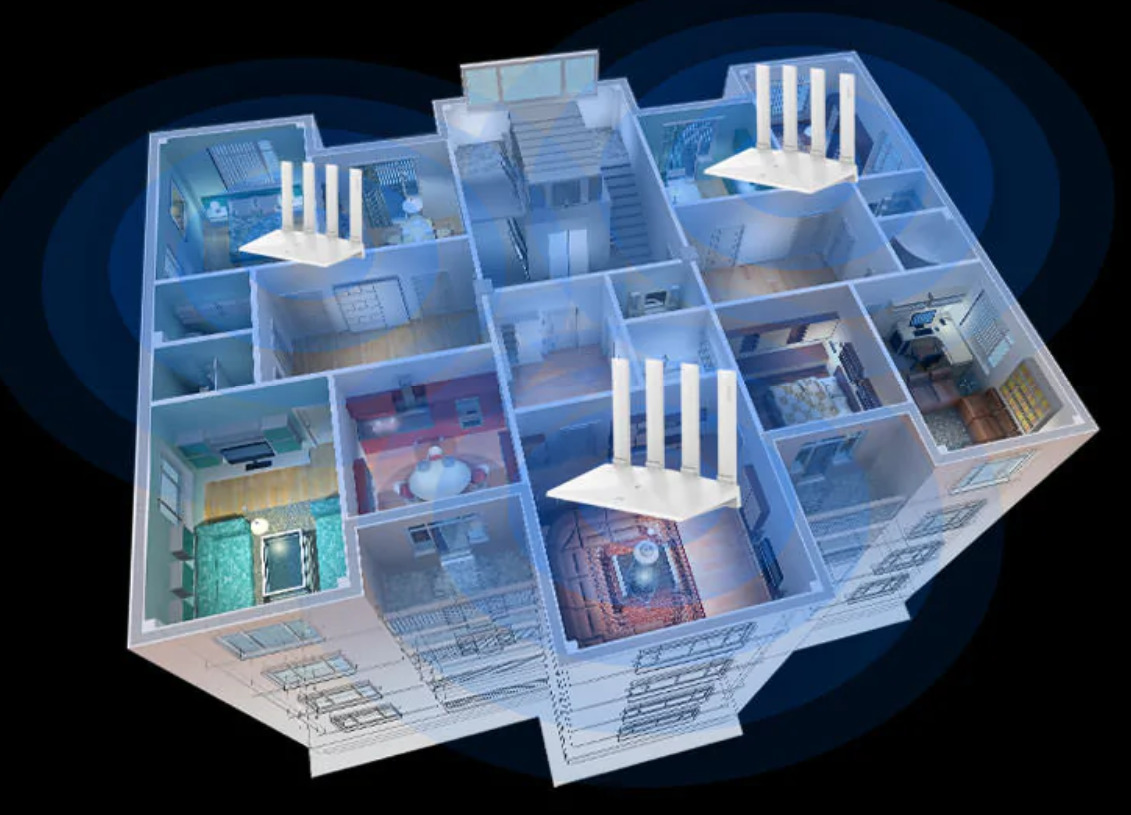 ZTE Miracle AX3000 Pro Wi-Fi 6 Router supports Easy Mash one-click networking. For owners of large apartments, signal coverage is one of the important reasons for choosing a router. Think about the editor’s single-family villa in his hometown, the spacious area is indeed a hundred times more comfortable than the rental house in the city, however! The router signal in my hometown is complete, and it is basically useless outside the range of the living room and bedroom! Heavy users of the Internet can only live in traffic, which is really sad.

ZTE Miracle AX3000 Pro Wi-Fi 6 Router has the Easy Mash one-click networking function. When multiple AX3000 Pros are used in combination, the signal can easily cover the entire area and achieve seamless signal roaming. There is no signal in any corner of each room. Worry about surfing. 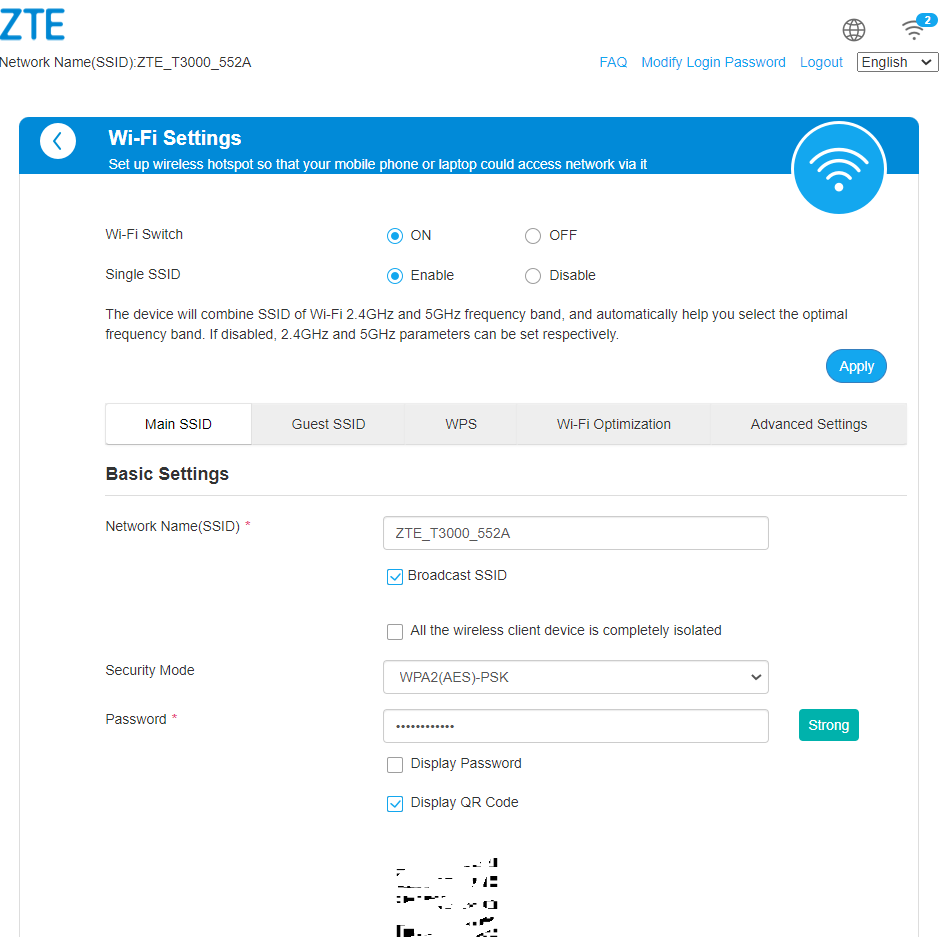 From the router settings, it can be seen that the ZTE Miracle AX3000 Pro Wi-Fi 6 Router has a wide range of applications. It can not only allow small apartments to use the Internet freely but also large-scale users to achieve smooth connections throughout the house. Facing the needs of large-scale users, the ZTE Miracle AX3000 Pro Wi-Fi 6 Router has built-in independent 2-way 2.4GHz and 2-way 5GHz Wi-Fi 6 high-performance signal amplifiers, which can effectively enhance the WLAN signal transmission power and transmit In addition to the farther signal transmission and stronger penetration, there is also a Lanklin-type high-gain array antenna with a gain of up to 5dBi and 7dBi. The WLAN signal reception capability is greatly improved, and it can receive farther and weaker signals.

Compared with my previous router, it is many times better. To be honest, WiFi6 is really good technology, and the wireless speed has been improved all of a sudden. ZTE Miracle AX3000 Pro Wi-Fi 6 Router is also a dual-band WiFi6 router. Compared with the previous generation. WiFi6 not only has a much faster speed but also greatly reduces power consumption and latency.

During the period of using the ZTE Miracle AX3000 Pro Wi-Fi 6 Router, the biggest feeling for me is “stability”. The self-developed dual-core chip and 4-antenna design bring stronger penetration ability and a larger coverage area. Moreover, the design of 4 antennas greatly reduces unnecessary interference. Which is also the key to the stable and continuous output of this router.