Regarding robot vacuums, iLife is a brand we can’t ignore; This time, we will focus on one of its most recent vacuums, the iLife A10. Thanks to iLife for giving us a chance to test and review the A10 to provide our best opinion on whether it suits you.

Before we start, it should be noted that it comes in two variants: iLife A10 and iLife A10S. Both options are similar in terms of features. The A10 has advanced functions that we can access through the application, particularly the selective cleaning of rooms, restricted areas, and invisible walls. Let’s take a closer look at the quality of implementation of all these options.

What’s inside the box 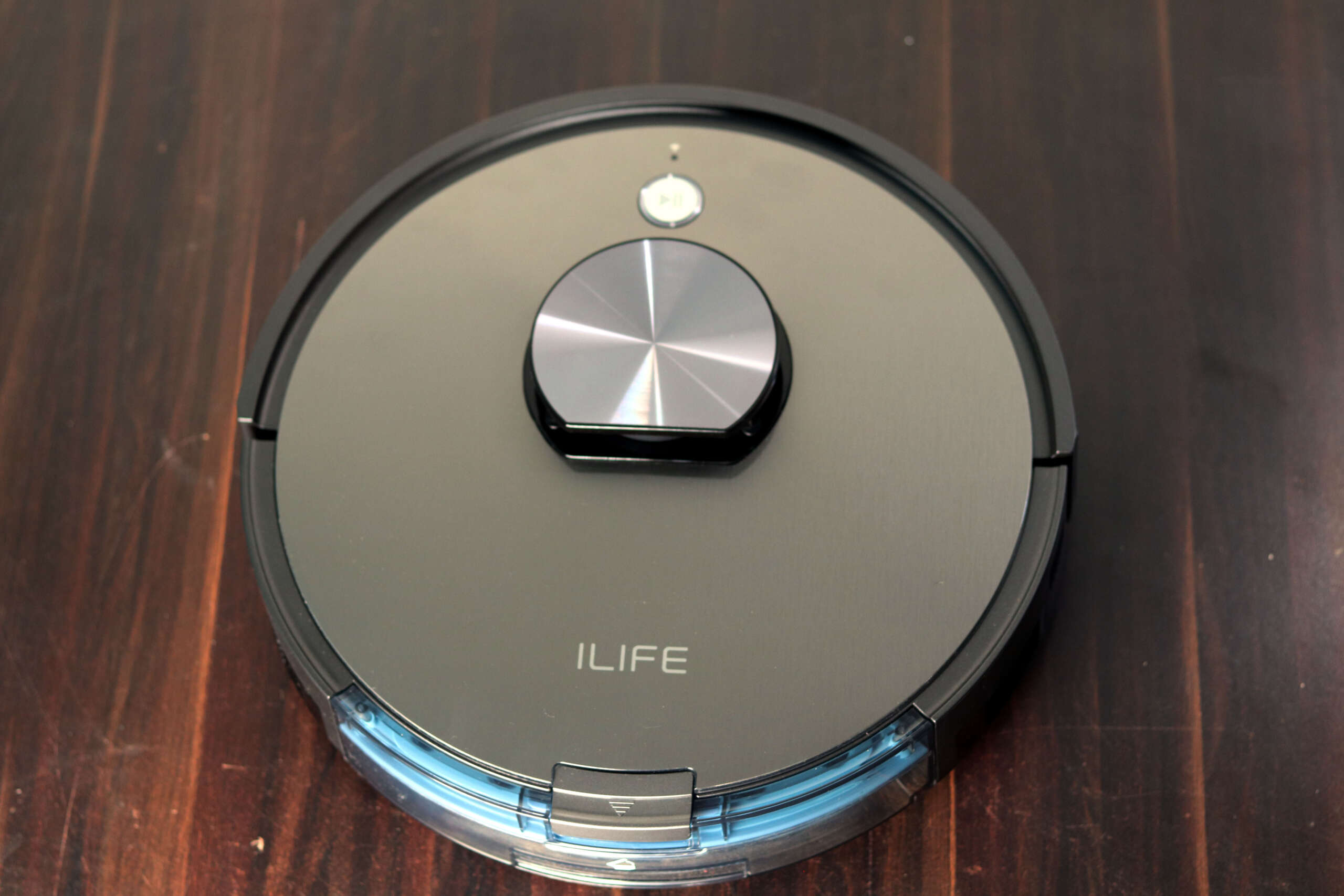 The A10 comes in a well-packaged box with a decent number of accessories. You will get two sets of side brushes, a replacement filter, a cleaning tool, a rubber brush, and the actual station and vacuum. With dimensions of 33cm x 32cm x 9.5cm, we know this is a fairly compact vacuum, able to get under tables easily and tall furniture. 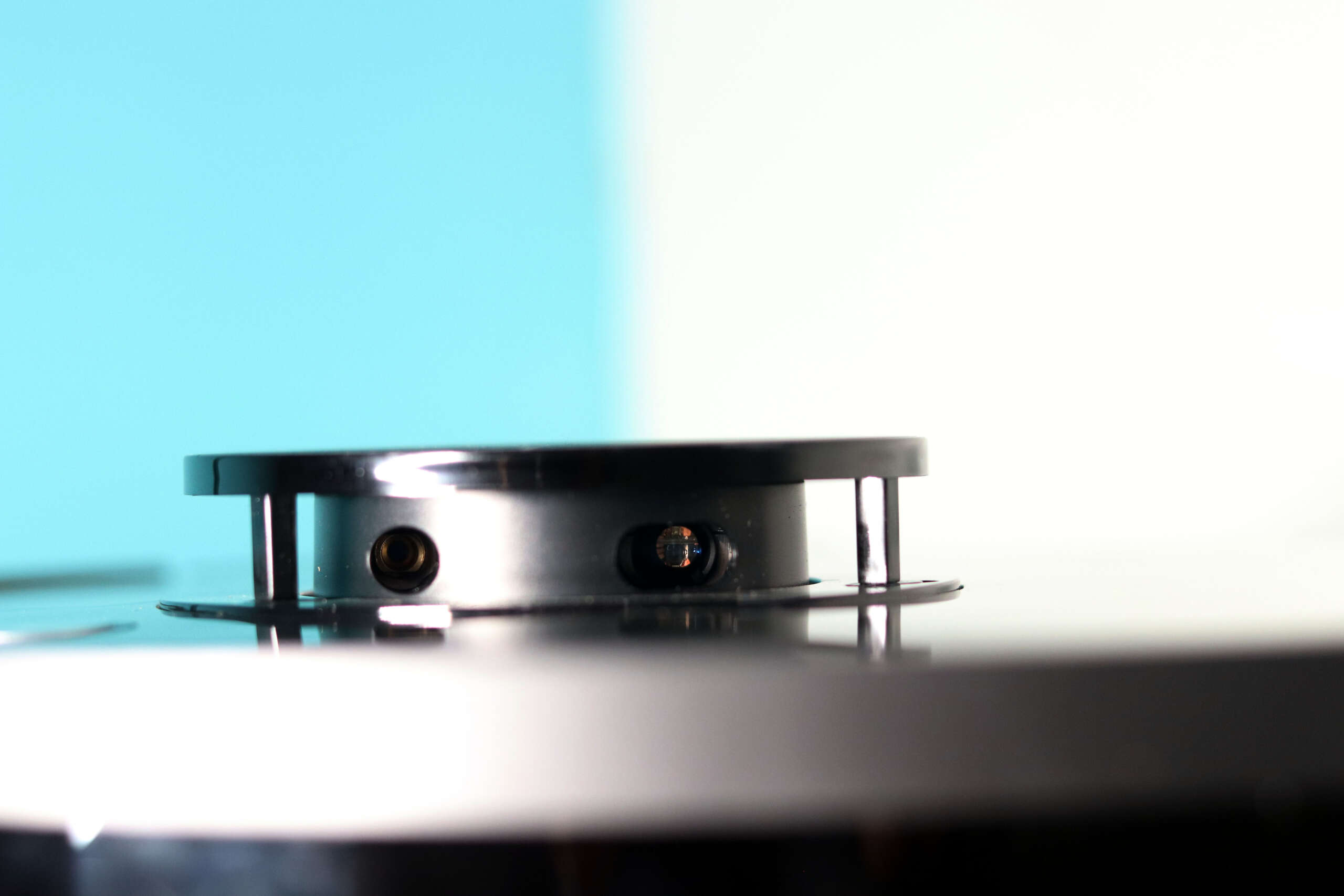 The side brushes are color-coded and easily snap into place or pop out for replacement. By default, a combination roller brush is built into the unit, which contains bristles that are good for cleaning carpets and hard floors. Still, if you’d be happy to pick up bits of the junk later (like dirt near the front door), you can equip the rubber brush with a simple one by replacing two. 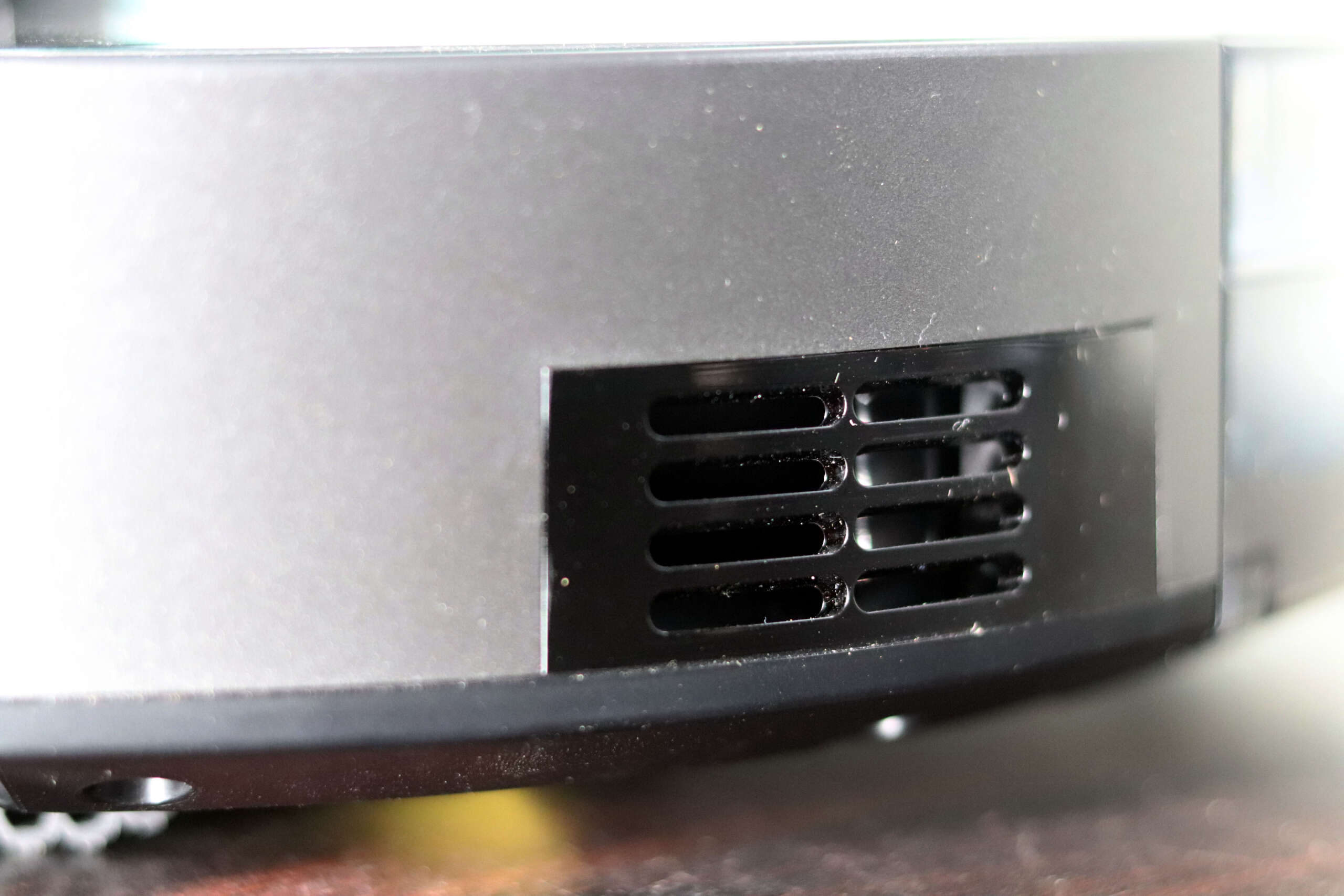 It is not much different from the design of the A10 compared to the A10S. It has the same smooth, polished look, and the only button on the top is the start/pause cleaning button. On the side are an actual power button for the robot to turn it off and a charging port if you want to charge it directly instead of placing it on the dock. 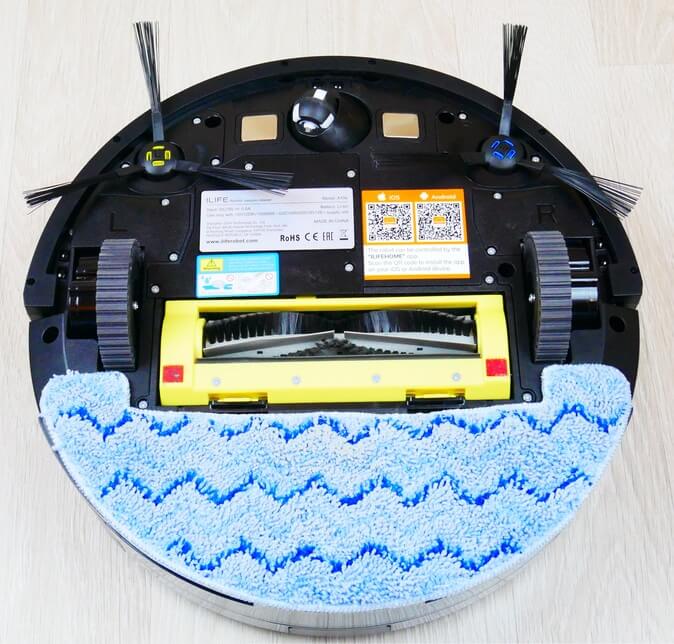 Included with the A10 is a remote control we didn’t think we’d use much. However, there is one very important thing to note about this remote control. Aside from using it to set a schedule on the A10 and start cleaning, it’s also the only way you can enable alternative cleaning modes for the A10 – edge and spot cleaning. Yes, although the A10 has a companion app, there’s no way to quickly clear a spot without picking up the remote. So it’s important to keep this thing safe until iLife might include these modes in the app as well. 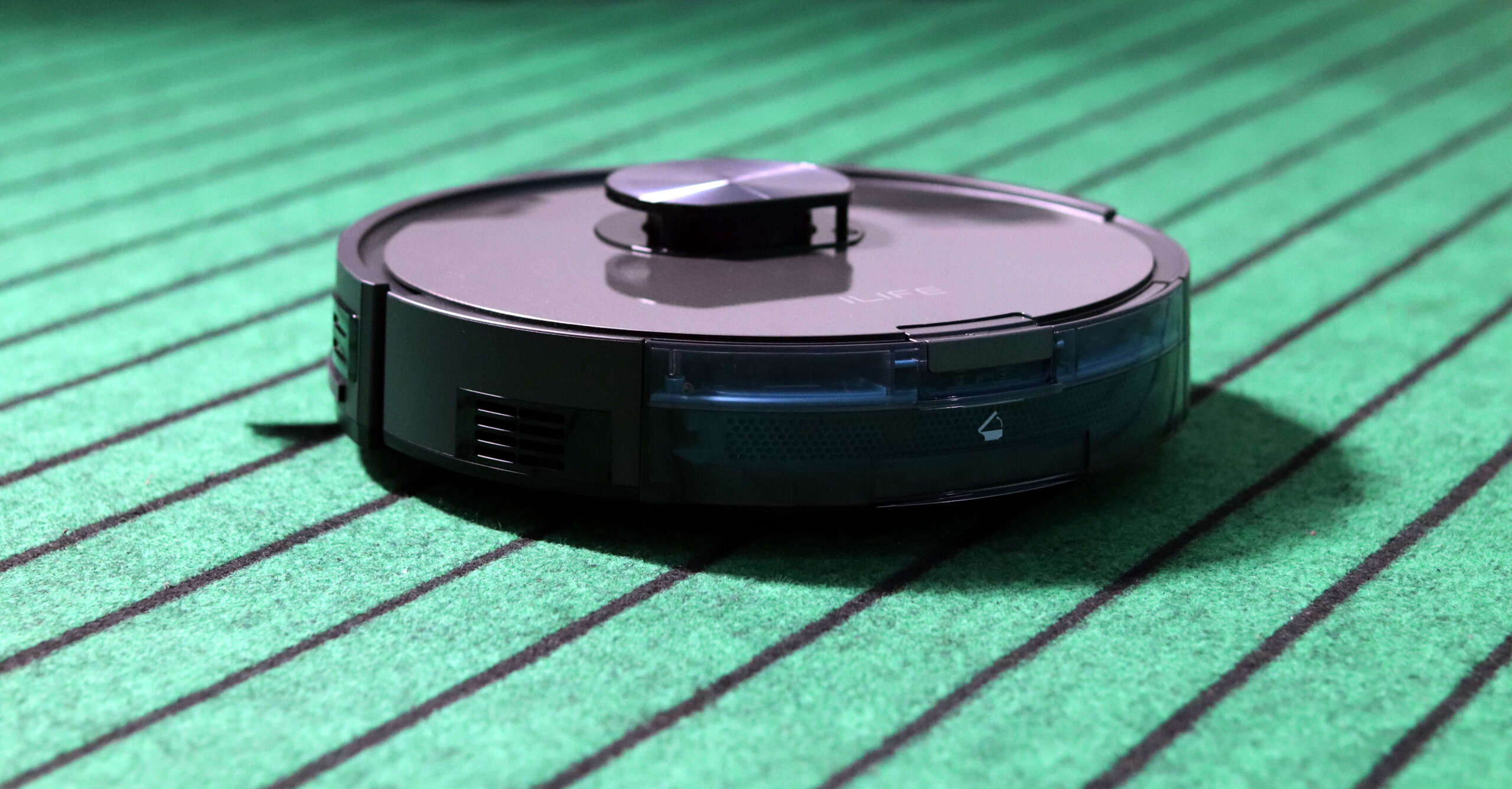 Unlike the A9, which relies on the camera to navigate, the iLife A10 is equipped with laser navigation. Laser navigation is known to be more accurate and more sensitive to obstacles in the cleaning area. This allows the robot to work in a dark room. The A10 can save a map of your home and use it to customize your cleaning routine by setting boundaries and carpet zones, invisible walls, room dividers, and more. 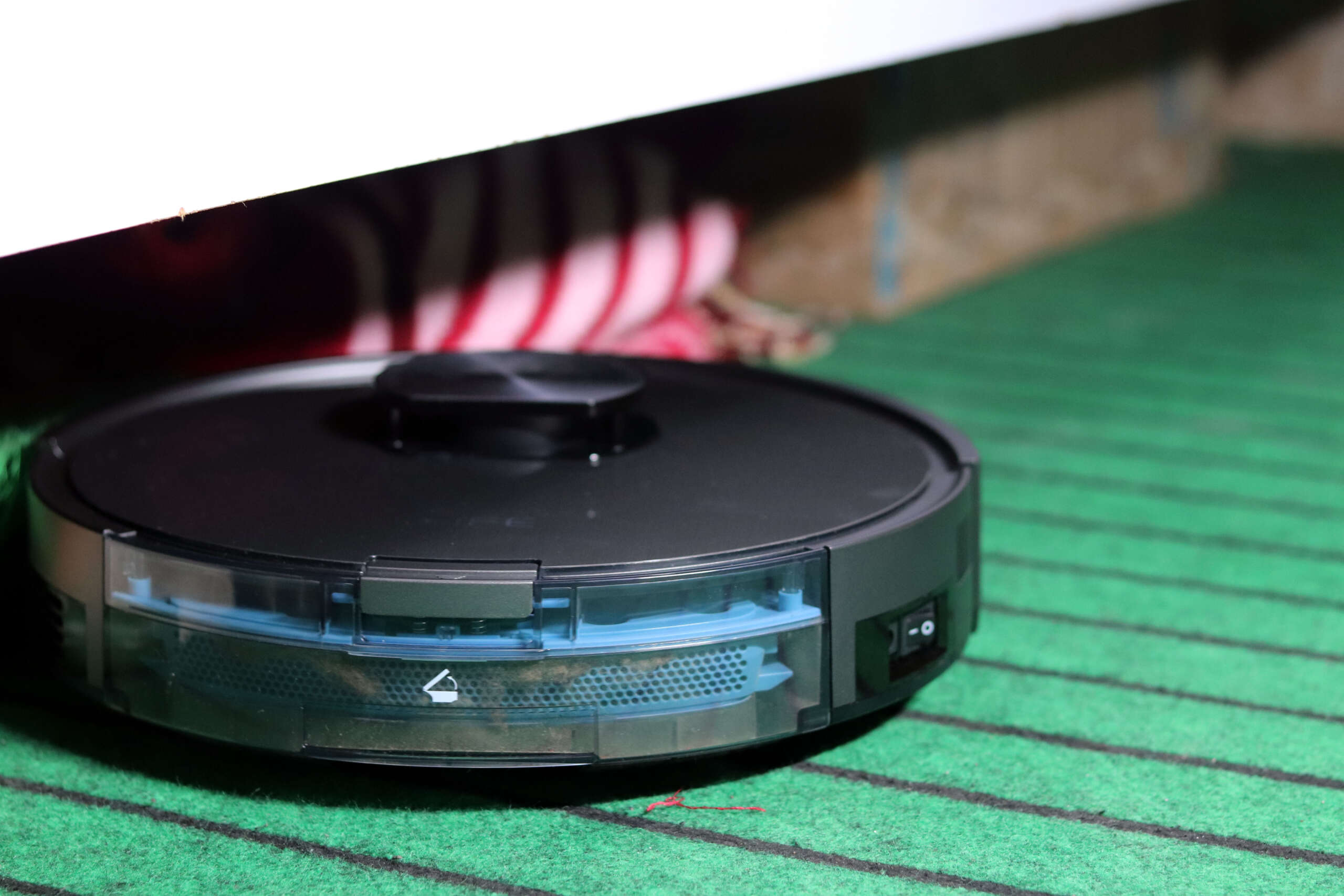 In terms of navigation accuracy, the ILife A10 comes close. In my experience, the device moved quickly and avoided collisions with obstacles such as walls, tables, and chair legs.

However, we found that the device needed specific guidance by setting the exclusion zone and carpeted area via the app. I had to move loose carpets, wires, and other objects out of the way. Sometimes the ILife A10 got stuck in a truck with a sliding door, and the tassel at the end of the fringe got caught in a wheel. The navigation on this device is not as perfect as it looks with competing options. 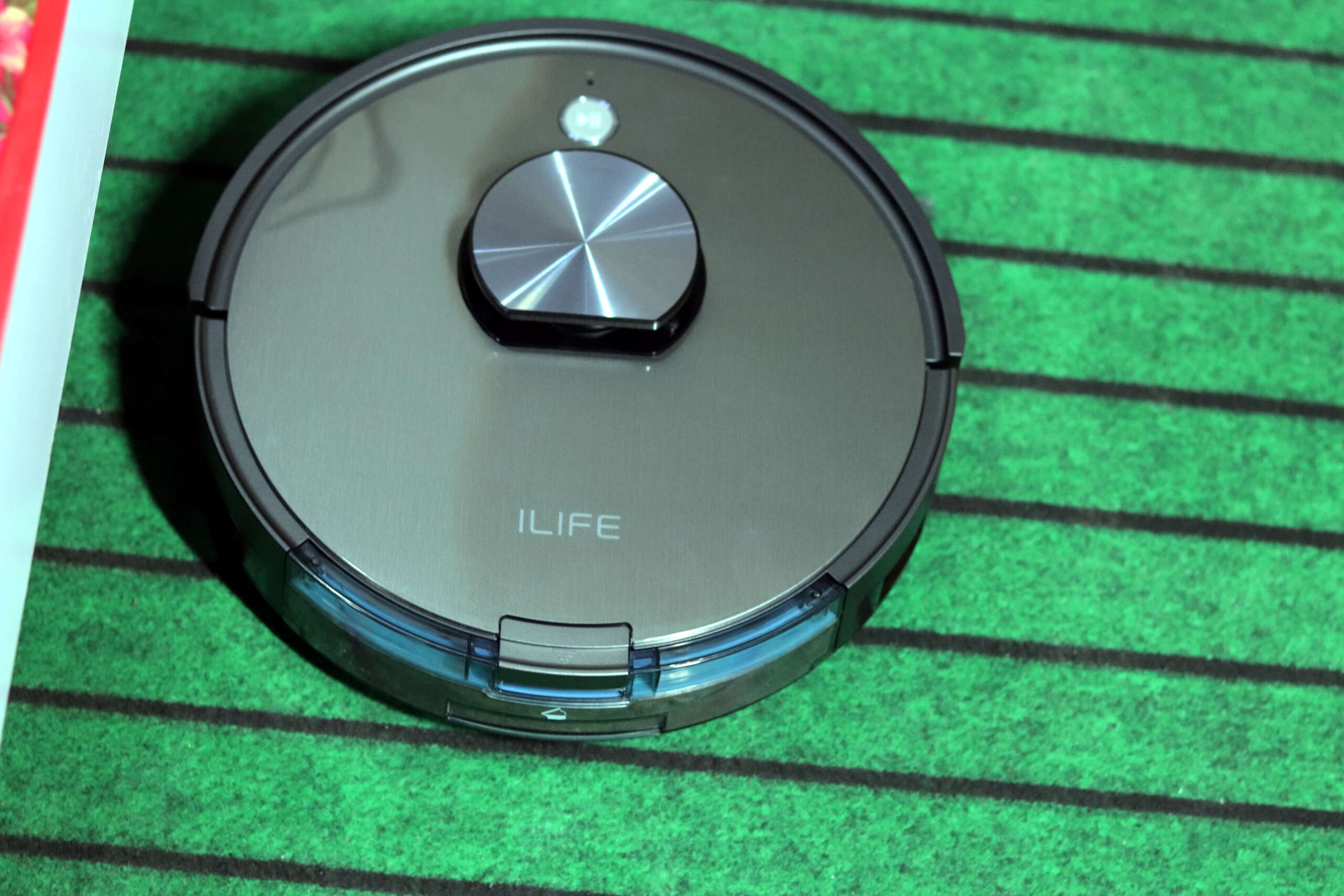 When properly set up and potential obstacles out of the way. The iLife A10 traveled quickly, predictably, and intelligently to complete cleaning tasks. When vacuuming, I could clean a 1071-square-foot apartment about every 45 minutes. And it took about the same time to mop the same space. 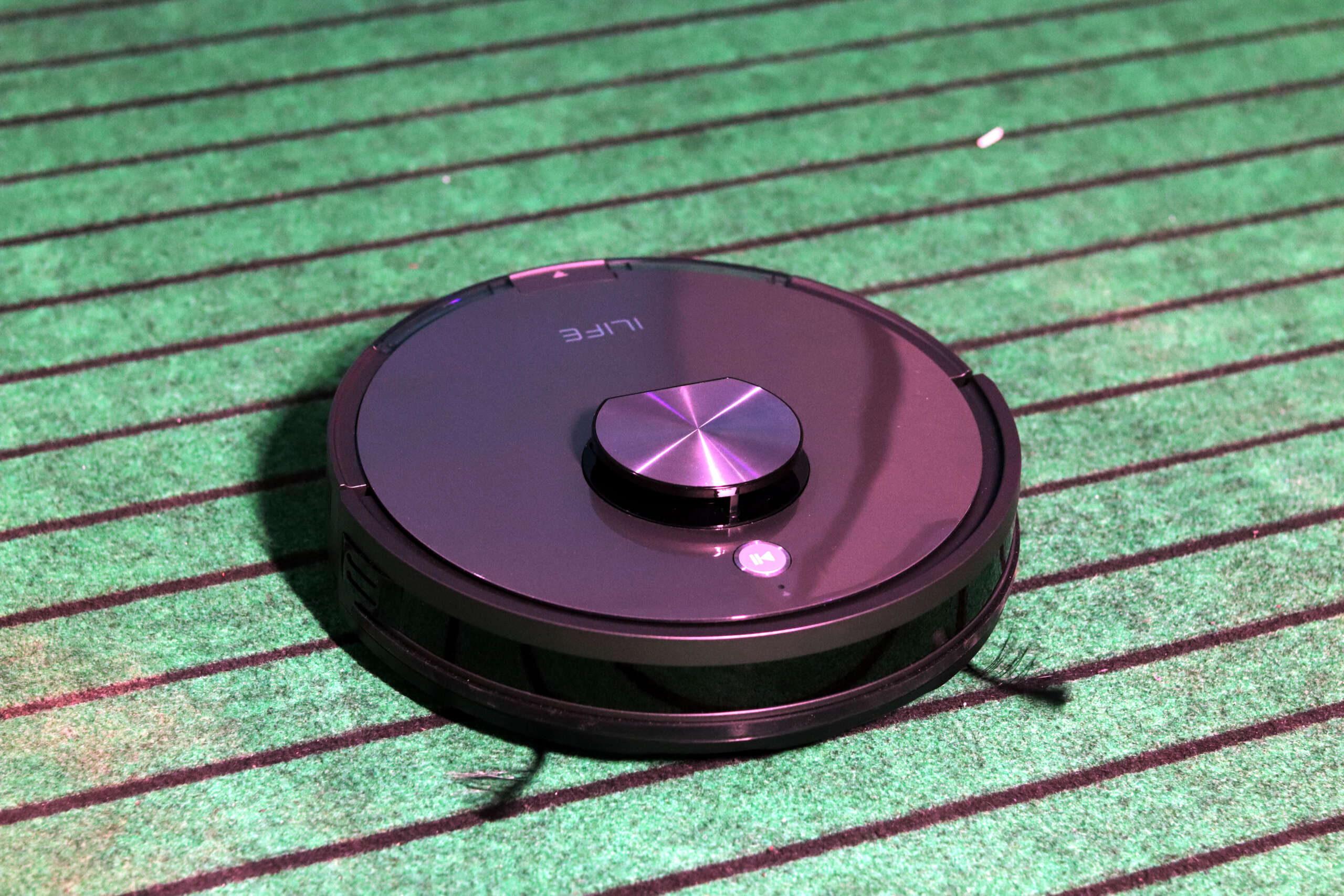 The ILife A10 Robot Vacuum is one of the most efficient cleaning robots. The company does not specify a vacuum cleaner’s suction power. But it is more than enough to clean hard floors daily. 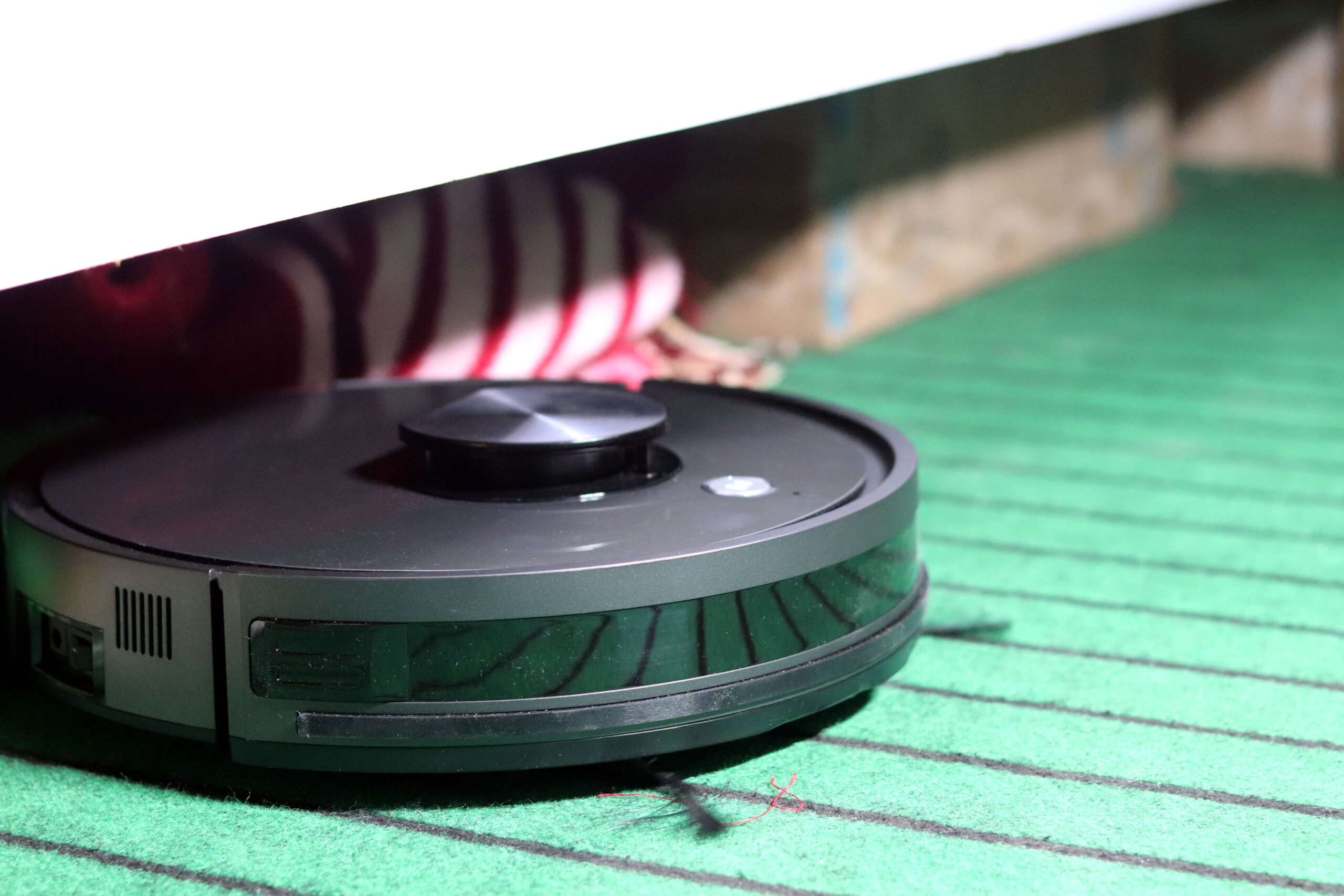 With two sweeping brushes, the ILife A10 greatly improves its ability to sweep and pick up dirt from the road into the vacuum zone along the edges, including corners. No cleaning robot is perfectly efficient, but the ILife A10 outperforms most competing products with just a brush. Although picking up a dry spill was confusing, the robot could effectively clean the area.

For wipes, the iLife A10 uses a separate clutch that holds and vibrates during the sprinkling process. This fitting has a small bin area to keep the dirt captured by the vacuum cleaner, but running the vacuum cleaner with a dedicated bin fitting is advisable. The mop tank holds enough water to clean the house, and a mop cloth is attached to the bottom to wipe away the released water. 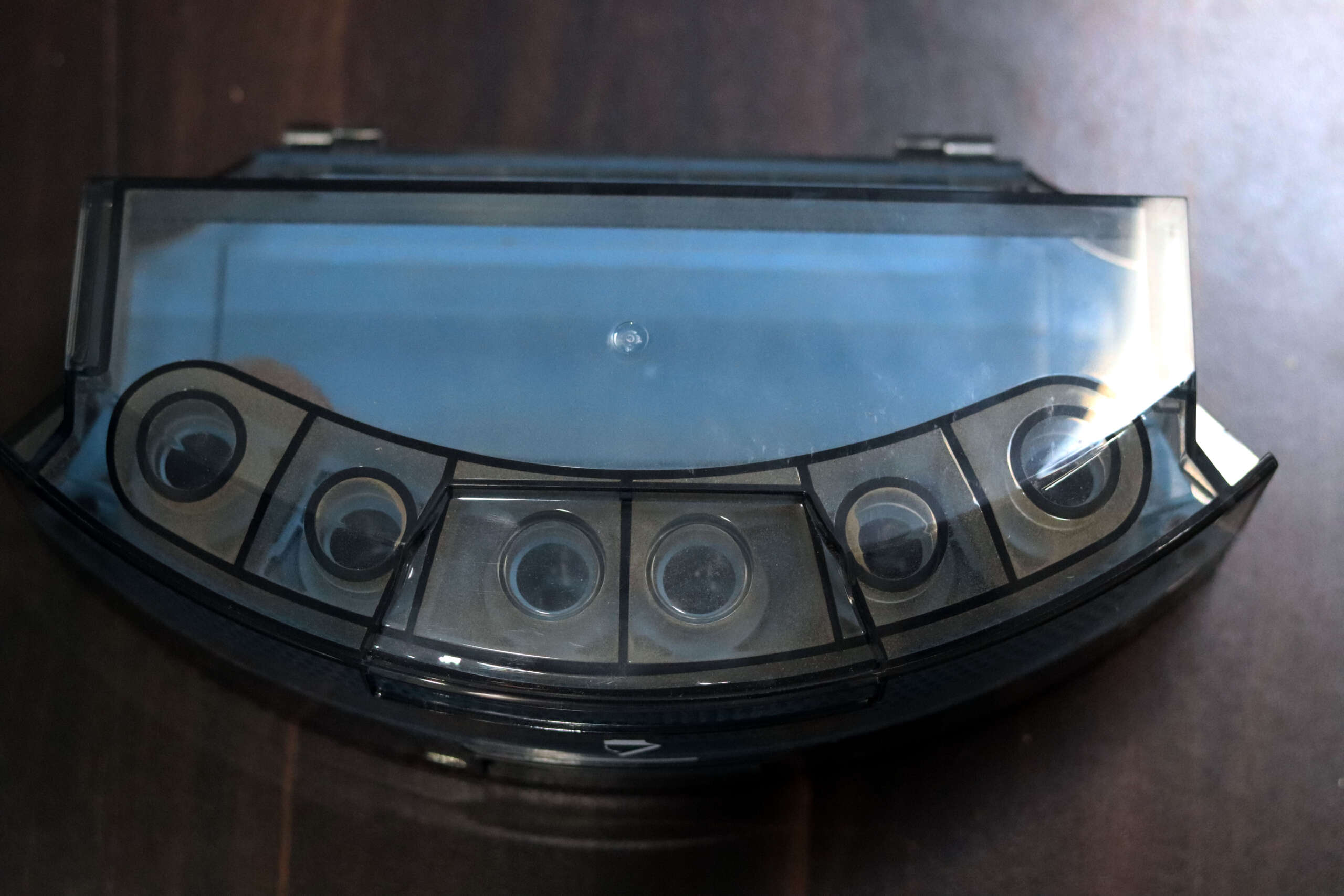 Like all cleaning robots, the ILife A10 requires regular maintenance to keep everything running smoothly. This includes cleaning and detaching items from the dust brush and main brush, filling the water tank, emptying the bin, and cleaning the mop cloth. Without regular maintenance, the cleaning efficiency of the ILife A10 can be significantly reduced. This app helps you track the condition of consumables like brushes and filters. They also need to be replaced regularly. 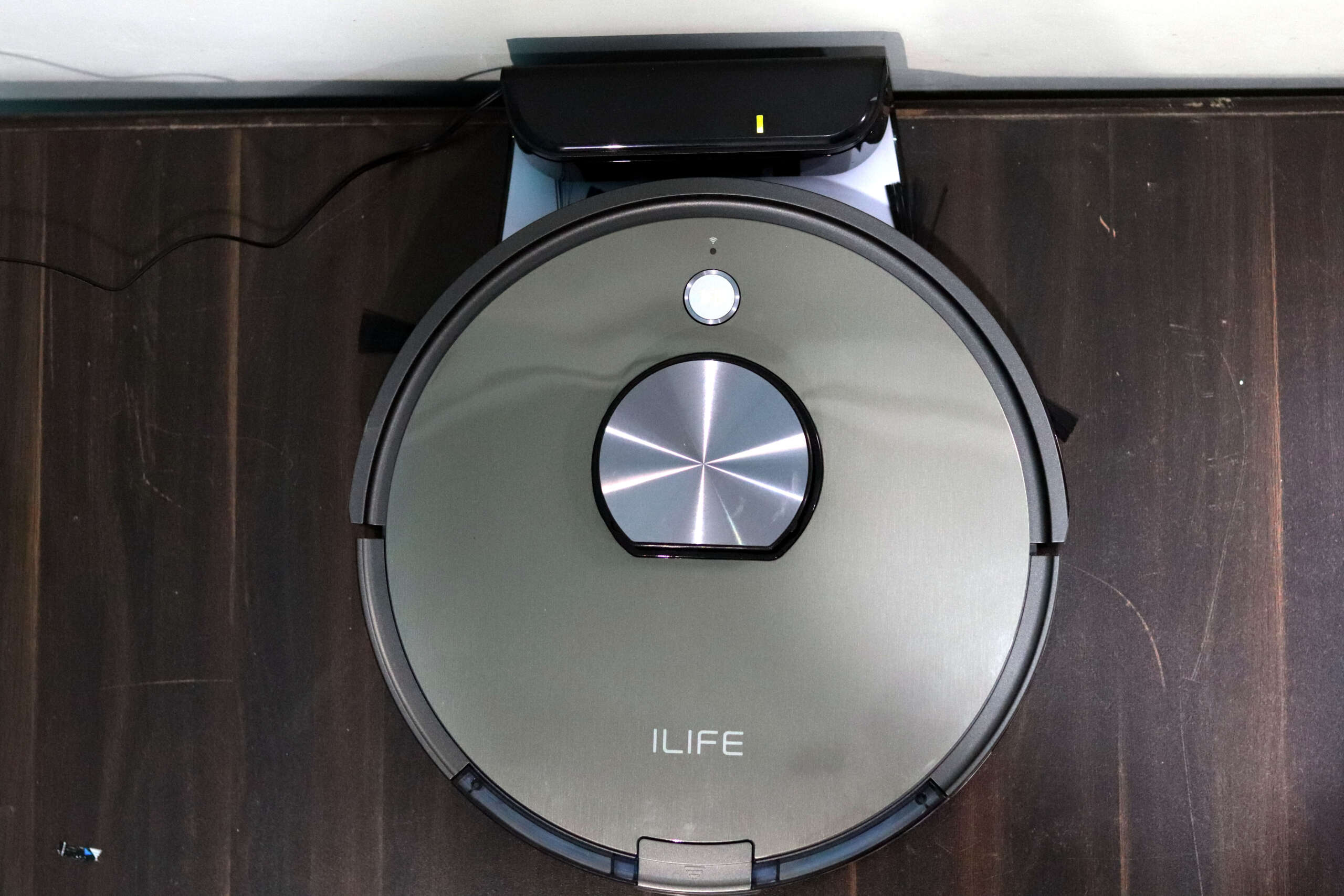 If you are saving multiple floors in your house, you will need to remember to take the docking station with you, as the map will not keep until it is placed on the new floor again. The A10 also doesn’t automatically detect a previously saved map. So each time you move the A10, you have to manually select the correct map in the app before you start cleaning. 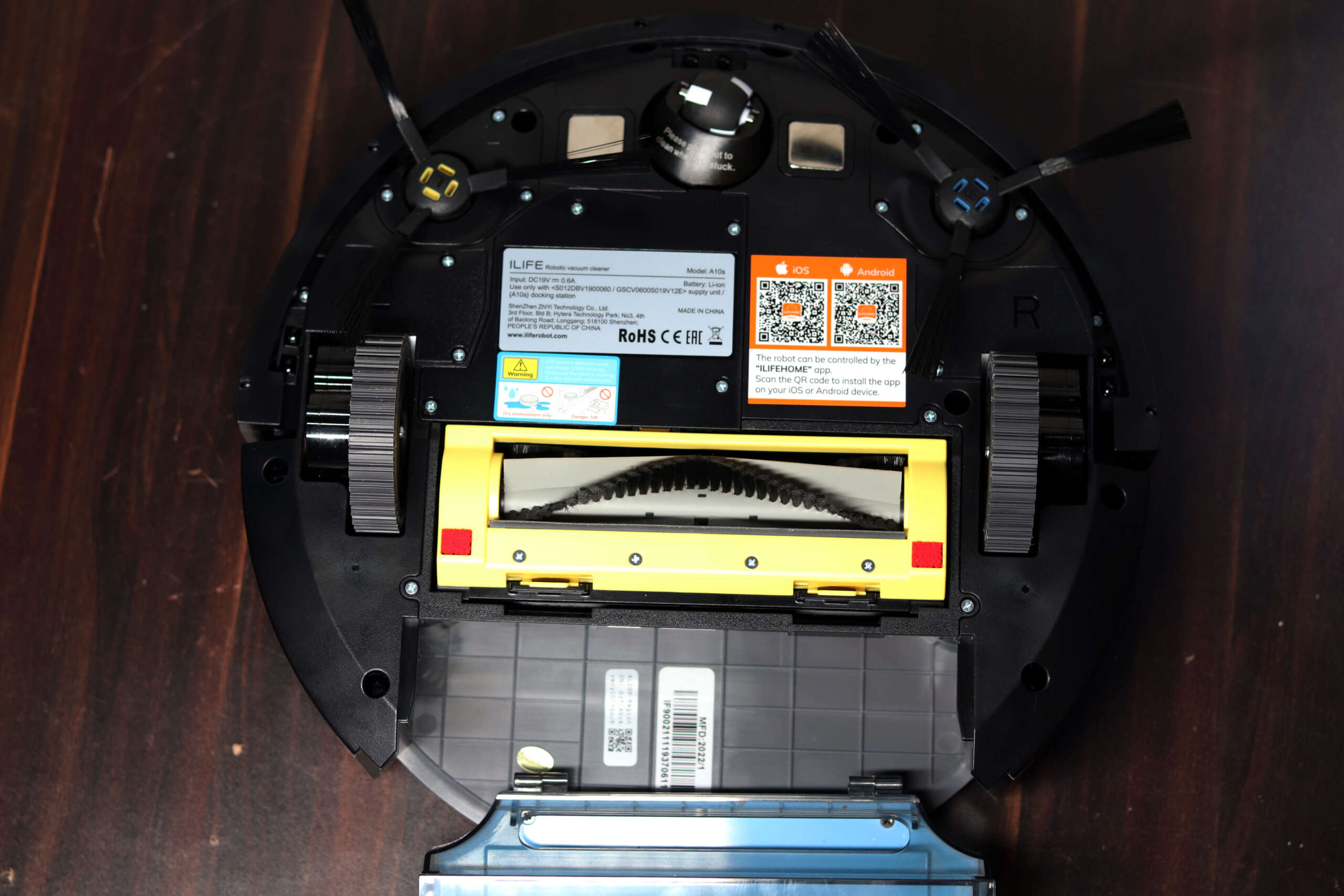 The A10 is adept at picking up most debris and pet hair. However, we found that using a rubber pet hair brush instead of a combi brush was much better as the hairs in the combi brush held onto the hair than throwing it into the trash. 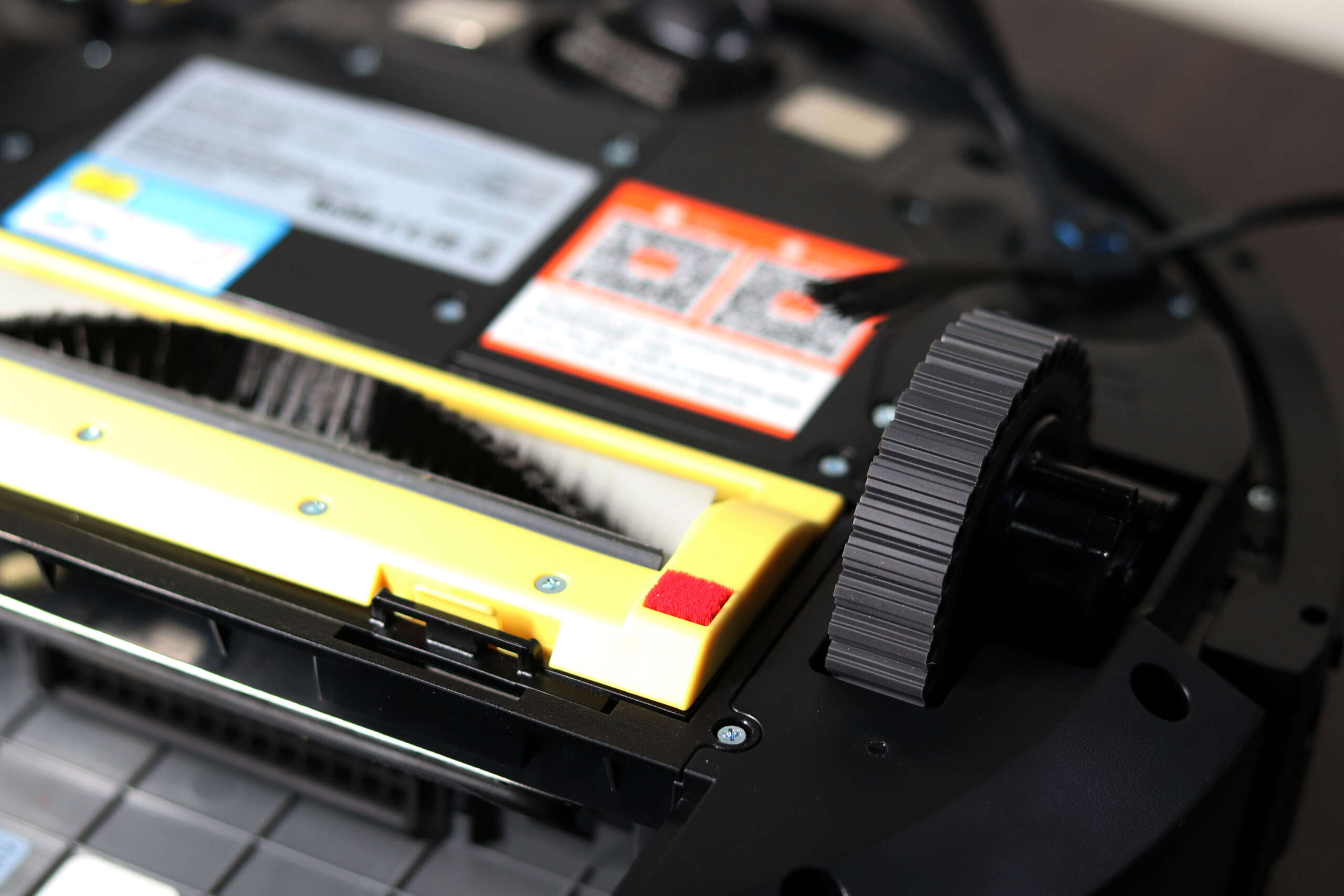 The bucket itself opens up like a shell, and you’ll have to be careful when opening it to empty it. We would have much preferred a single, more elegant opening for emptying the bin rather than a full bin opening in half. The plastic latch that holds the chest closed was also not very secure on our review unit. Which meant it could open on its own if not handled carefully.

One of the best parts of this product is its application (ILIFEHOME App), which is available for iOS and Android. It offers typical functions such as scheduling cleanings, real-time robot tracking, and viewing maps of your home. In this sense, when the robot finishes the map. You can establish forbidden areas and order them to clean a particular area or room.

Apart from no-go zones, there is also a similar option that keeps the robot off carpets in cleaning mode; once the A10 creates the map, it splits it into separate pieces and lets you assign them names for convenience.

However, perhaps most striking about this is the ability to adjust the suction power manually. Instead of choosing between three or four cleaning modes, the app lets you manually configure the suction. And the same goes for controlling the side brush’s rotation speed, which makes it even more interesting.

Regarding the latter, keeping the speed between 30% and 40% is advisable to avoid spreading dirt. Finally, the iLife A10 lets you schedule unlimited cleanings, so you can set up as many passes as you want. Alternatively, the robot can be controlled using the remote, but it’s nowhere near as managed as the app. 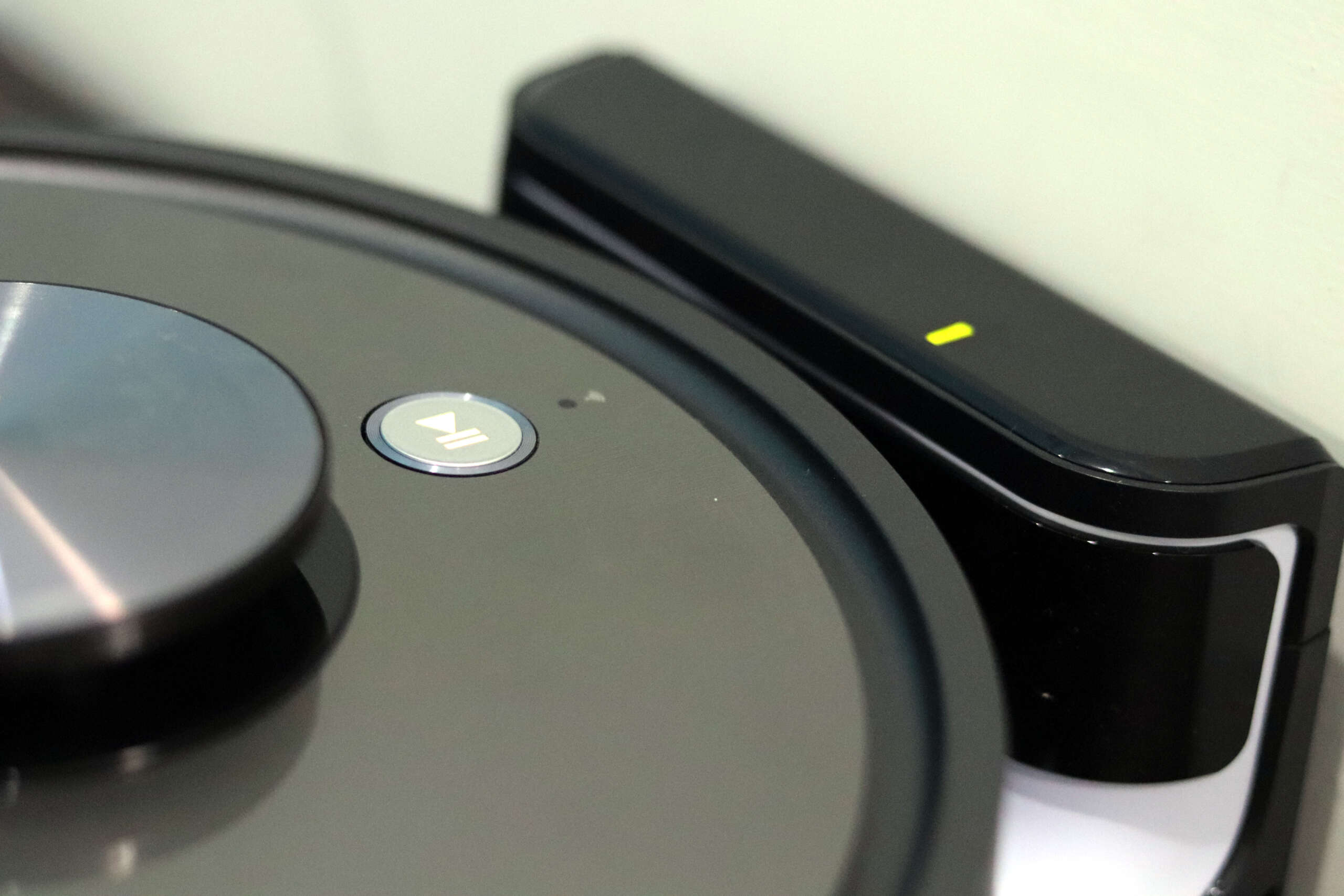 The iLife A10 has a 2,900 mAh battery and claims 80-100 minutes of run time on a single charge. This was enough to both vacuum and dried my 1071 square meter home. I ran one after the other, and took about 90 minutes to complete both tasks. The app doesn’t show the device’s specific battery level but reports that the battery is almost empty after running for about 90 minutes.

From then on, the ILife A10 took about 4 hours to charge fully. Charging is slow, but this isn’t too much of a problem, assuming you only need to run the robot once a day to vacuum and dry.

The docking station should be where you can easily access and see the ILife A10. The device can lay back in the dock and use the generated home map to locate the port in another room without a direct line of sight. Conveniently, you can also connect the charger directly to the robot. This was needed when the battery was completely exhausted, and the robot could not start charging at the dock. 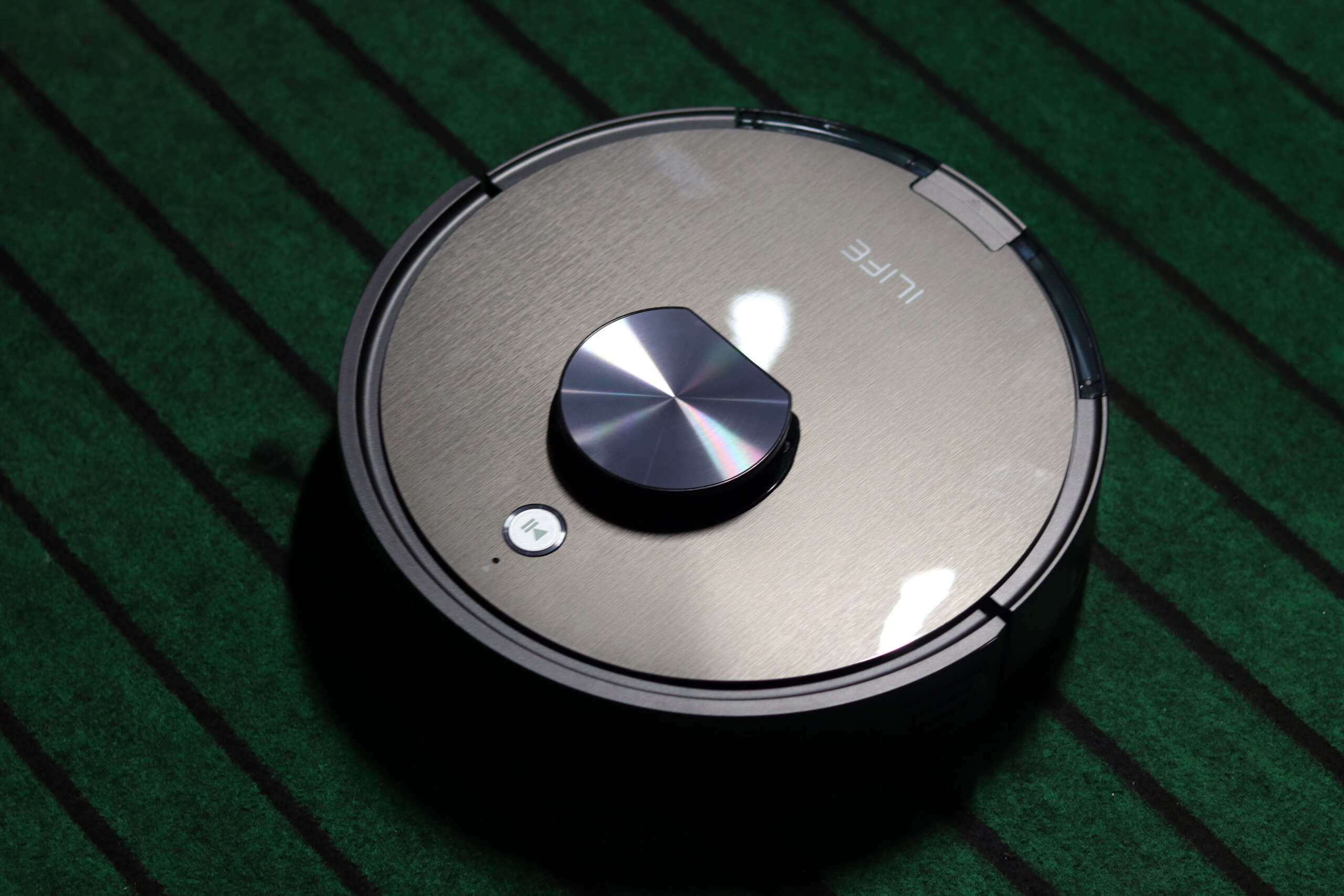 We have tested the iLife A10 in detail. Considering the accumulated use experience and the price segment up to 320USD. We will evaluate this robot vacuum cleaner according to various criteria.

The A10 builds an accurate map of the room, stores up to 3 unique cleaning cards in memory, zones the room into rooms, and at the same time, gently touches the surrounding objects. iLife A10 can clean both hard floors and carpets. In addition, it is controlled both through the application and from the remote control. There is a replaceable central brush, which is better to install if there is a need to collect hair and wool from the floor.

The robot has collected all the main advanced features in this price segment. Only a few premium models do this; otherwise. The iLife A10 is not inferior to them in terms of functions; besides, some are duplicated on the remote control. So in this regard, the robot vacuum cleaner deserves the maximum score.