A new update for iOS 16, iOS 16.0.3, with a size of 1.21GB, is now rolling out to fix the bugs. Also, there is a fix for the Mail app. iPhone 14 series launched recently faced a lot of bugs. However, Apple has been updating the fixes for various issues users faced. The last iOS 16.0.2 update eliminated the camera shake and copy/paste issues. Some of the issues that are fixed:

It is the third update for bug fixes that Apple has released. However, this iOS 16.0.3 update is also for iPhone 8 and up models. The Mail app issue will be no more after installing this update. Apple has not explained all the details, but many bugs will be no more. Problems like delayed call alerts or getting no call notifications for incoming calls are rectified. Some users had a low volume for the microphone issue when making a CarPlay phone call on iPhone 14-Pro and Pro Max. It is also corrected in this new update. 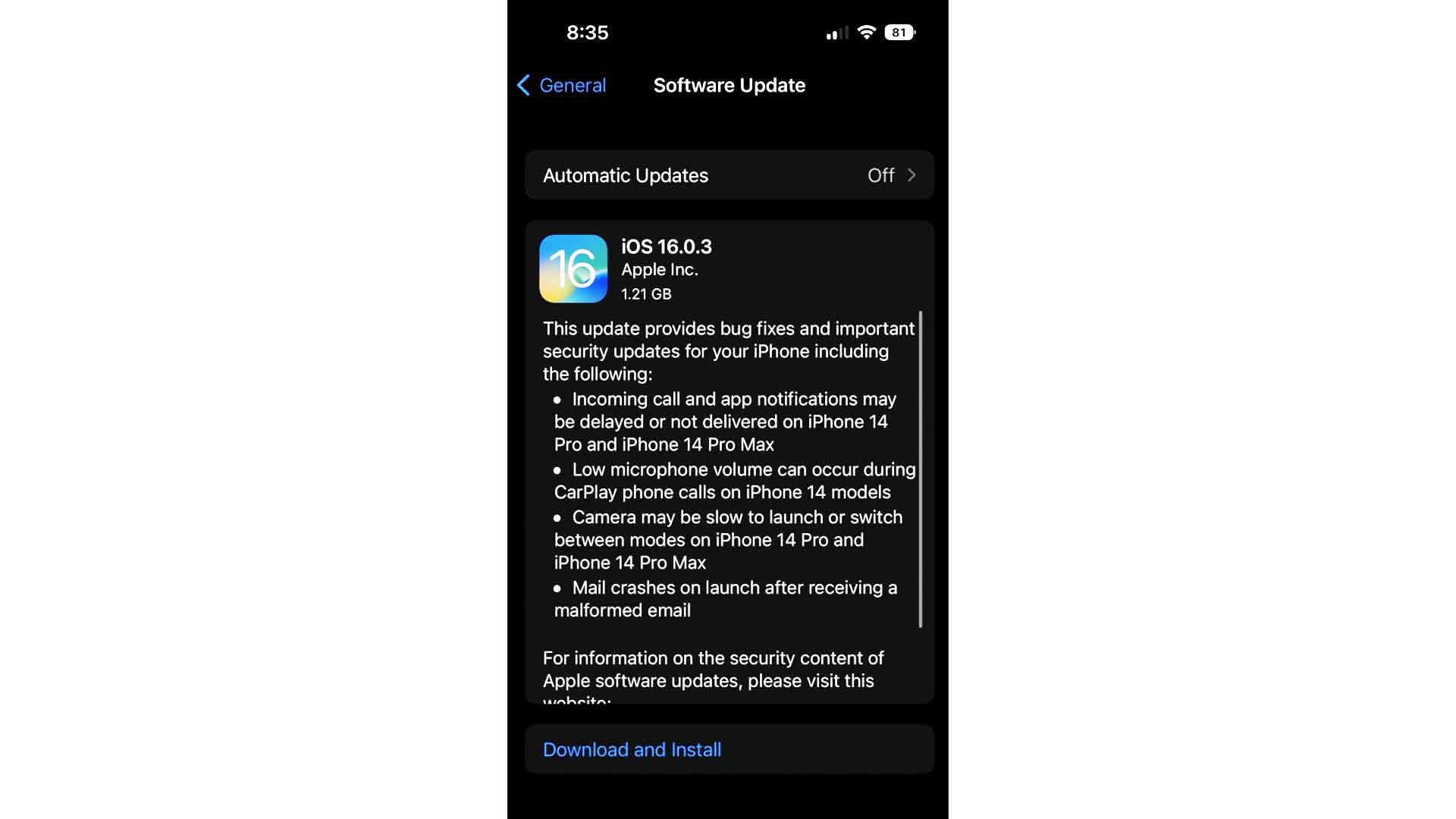 If you want to check for this update on your iPhone 8 and up series model, head to Settings > General > Software Update and download the OTA update if available. The update is available for iPhone 8 and up.