Friends who are concerned about the next-generation CPU/motherboard platform should be very interested in PCIe 5.0 SSD. The performance of the previous master control display soared to more than 14GB/s is really exciting, but… Look at the real released products, How come many are only 10GB/s and the highest is 12.8GB/s? It’s obviously the strong master, right? This is related to the method of doubling the speed of the main control and flash memory. We will talk about this today, and it may be familiar to everyone. 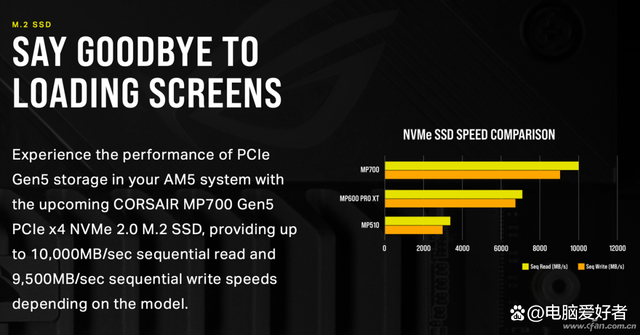 In the release information of the main control chip, we can often see an inconspicuous statement, about how many flash channels (Flash Channel) there are. The specific meaning should be familiar to many small partners. Yes, in fact, just like the single and dual channels of memory, it is the number of channels that can be read and written at the same time. In many cases, the rapid increase in the speed of SSD depends on the increase or even doubling of the number of these channels. 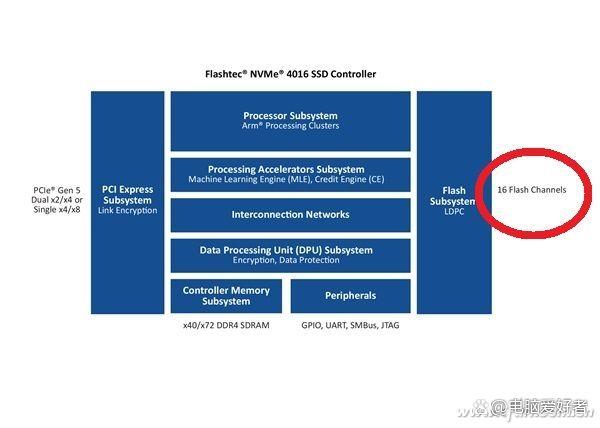 However, the area of ??M.2 SSD is very small. After installing the main control, peripheral components, and cache chips (usually memory chips) commonly used in mid-to-high-end SSDs, the number of flash memory chips that can be installed is very limited. The so-called 8-channel and 16-channel Maybe with 8, 16 flash memory chips, how can this be done? 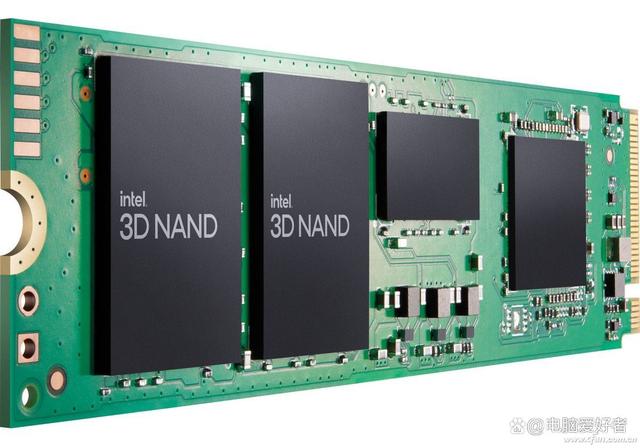 Very simple, flash memory chips also have multiple data channels built-in, and many flash memory chips are like this now. And more importantly, the multi-layer manufacturing method also facilitates the formation of parallel data streams, so that the higher the number of layers, the more channels are available, or the amount of parallel data per channel can be larger. Therefore, many manufacturers say that they are xx-layer technology, not only because of high display technology and low capacity cost but also because the speed can be excellent. 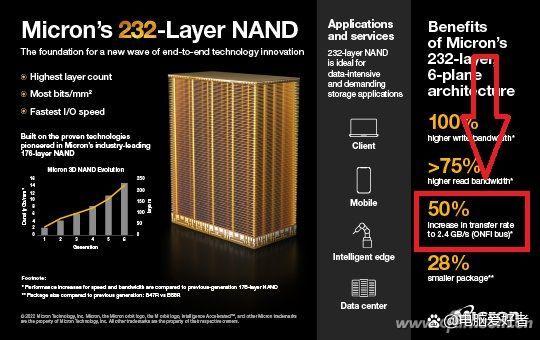 Looking back, we can easily explain why the officially released PCIe 5.0 SSD is slow. It is used for display, and it is also the 232-layer originally prepared for these SSDs. The capacity of flash memory chips of 2400MT/s (2.4GB/s) per channel is not enough. The previous highest-end flash memory particles have a speed of about 1600MT/s per channel. And the maximum speed of 8 channels is 12.8GB/s, which is the highest speed in this batch of SSDs. And 10GB/s SSDs should only be able to purchase the more common 1200MT/s flash memory particles. 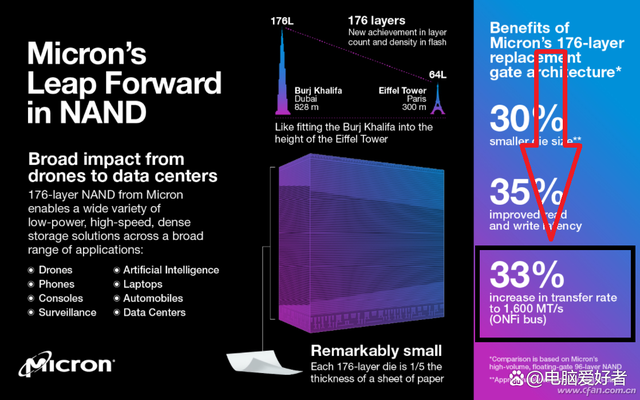 Some disappointed friends don’t have to worry too much. AMD may have already prepared for this situation. On the new generation of mid-to-high-end Ryzen 7000 motherboards. Most of them provides more M.2 SSDs, whether they want to try it out. If you are not satisfied with the PCIe 5.0 SSD in the initial stage, it will not be wasted if you use the PCIe 4.0 SSD first. If you want to upgrade the full-blooded PCIe 5.0 SSD later, the interface is sufficient.