Teamgroup‘s gaming brand T-FORCE has introduced the VULCAN@ DDR5 gaming memory, which was specifically developed for AMD’s AM5 platform and thus the upcoming Ryzen 7000 processors. This VULCAN@ DDR5 memory supports AMD EXPO, the counterpart to Intel’s XMP. This Extended Profile for Overclocking is intended to make overclocking easier for the user. It is also supported by the new G.Skill Trident Z5 Neo(-RGB) and Flare X5 DIMMs, for example.

According to the manufacturer, selected ICs are installed, which are tested for compatibility and stability. Their overclocking behavior is also advertised. A power management IC (PMIC) is designed to ensure a stable power supply, reduced noise interference, better signal transmission, and higher efficiency. On-die ECC with IC error detection and correction functions is supported. 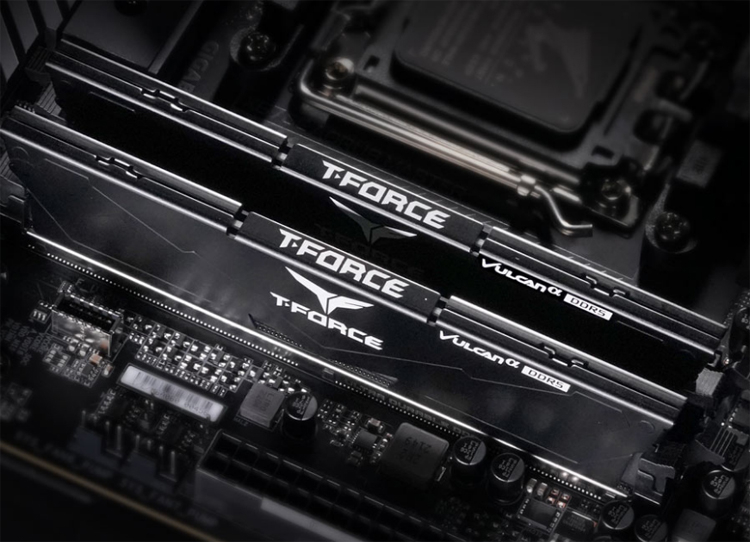 Also Read: TeamGroup introduced ELITE and ELITE PLUS DDR5 RAMs up to 6000MHz For Desktop PC

Visually, the T-FORCE VULCAN@ DDR5 gaming memory is characterized by heat spreaders made from aluminum alloy through a one-piece stamping process. They hold on to the top with a quick-release fastener. The heat spreader is available in both black and red. T-FORCE provides a lifetime warranty and offers a free replacement service for damages that are not caused by human factors. 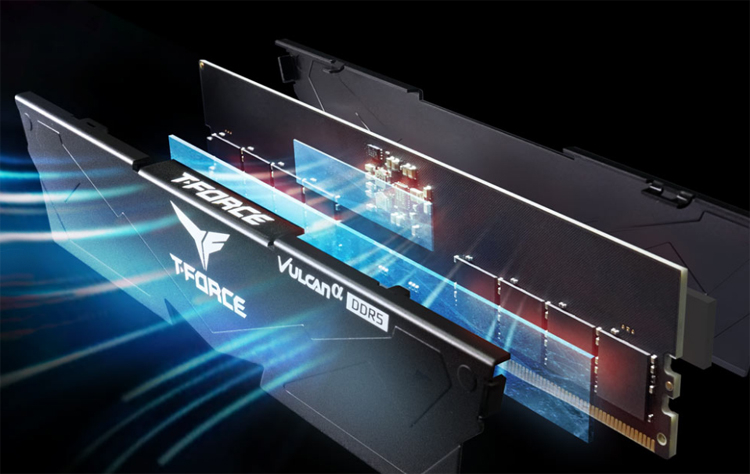 T-Force VULCAN@ DDR5 products have a cooling radiator, which can be made in black or red. Dimensions are 32.7 × 140 × 7.5 mm. Teamgroup and T-FORCE do not provide any information on prices and availability. However, the VULCAN@ DDR5 gaming memory will probably be available shortly after the AM5 launch on September 27th.