Nowadays, when many small partners choose between SSD vs. HDD, that is, between solid-state and mechanical hard drives, they often consider a question – who can better ensure the security of data? There is also a saying that although SSD is fast, data security is much worse, and a mechanical hard disk must be used to store important data. Is this really the case?

Data security is not safe; of course, it depends on the stability of the hardware. If it hangs at every turn, the data is definitely not safe. Are there any actual comparisons in this regard? The editor recommends that you read Backblaze’s hard drive report for the second quarter of 2022 ( BackBlaze ), which is the one that uses consumer-grade hard drives for storage Among the service companies, the oldest batch of SSDs they use has reached the warranty period of many manufacturers – 5 years. First, let’s take a look at the stats for both quarters. 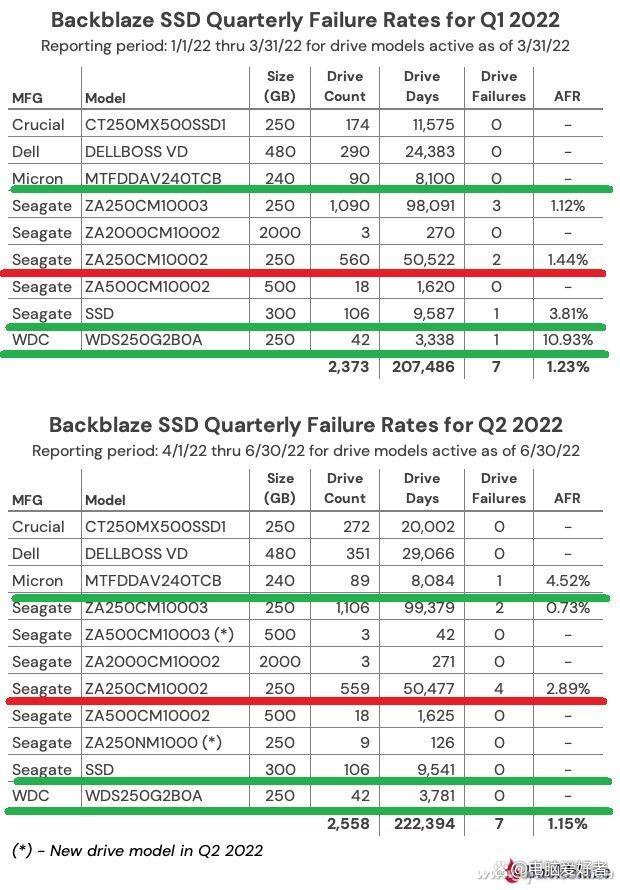 The number reaches about 2500, the capacity ranges from 250GB to 2TB, and the brand covers the original factory, third-party, brand machine OEM SSD, and the failure rate statistics are very convincing. Note that while some of the earlier models had significantly higher failure rates, all but one model (red line) had failures in both quarters and the others only had one or two problem drives in one of the quarters because the total number was low It appears to have a higher percentage of failures (green line). So, let’s take a look at the statistics for 5 years. 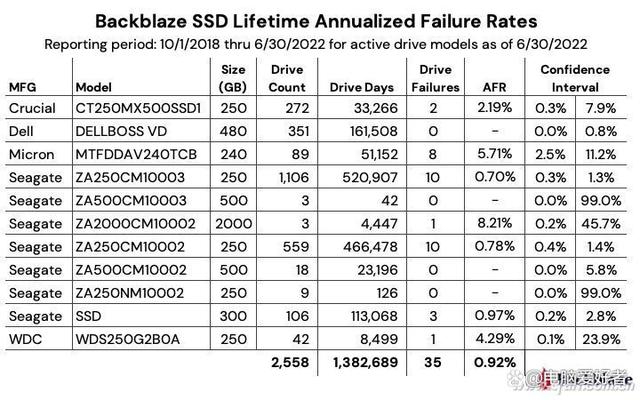 The average failure rate of 0.92% does not seem to be particularly reliable. But don’t forget that this is a data service provider, and their tolerance for data failure is much lower than that of individuals. Compare HDD to know the difference. 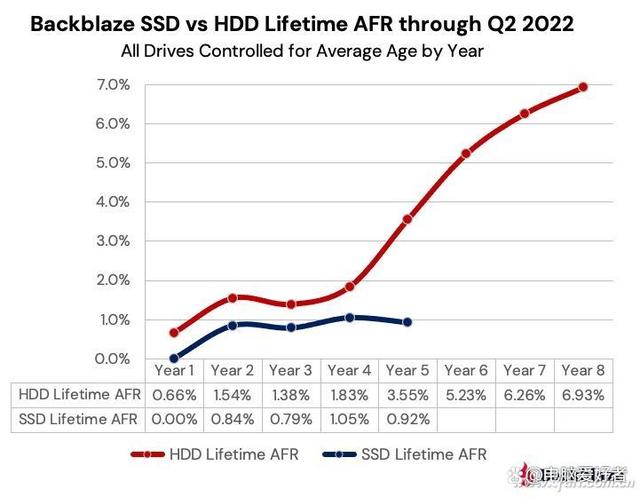 The gap is obvious, especially in the 5-year report, the average failure rate has actually dropped. You must know that Backblaze’s original estimate also believed that the failure curve of SSD may be similar to that of HDD. lower failure rate. What’s more, for individual users, SSDs also have spare capacity. This design, which can be used normally even if some storage modules fail, is actually more secure than HDDs. 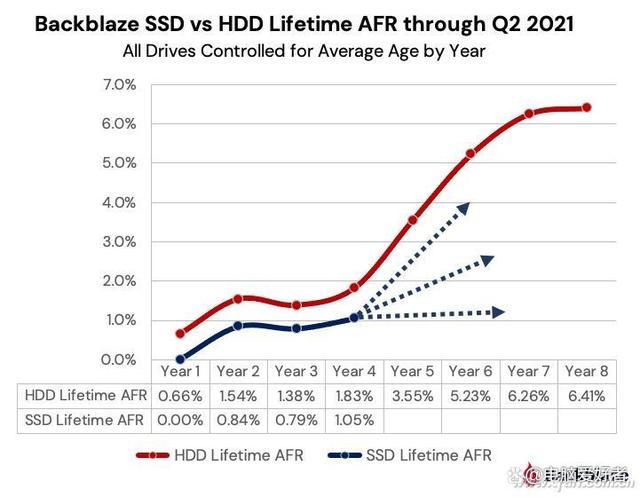 Let’s go back and talk about why some people feel that the data security of SSD is not high. This is mainly due to the impression that it is too difficult to recover after a major SSD failure. We mentioned in the previous push that SSDs are often stored in parallel with multiple channels to improve efficiency. This is a bit like RAID mode. We all know that RAID0 and other modes. That pursue high-speed and parallel access split data into two or more blocks. In a block hard disk, once a failure occurs, even if the data can be recovered. It is difficult to integrate into a complete file.

Of course, early consumer products are generally modeled with a capacity of 128GB and lower. Due to the immature technology and other reasons, there may be a high failure rate. This product is now in very bad taste and can not be saved for big games. , Although there is no obvious damage, it is recommended to let it take a seat again as a compact hard drive. As for newer SSDs, in fact, as long as they are regularly tested, their stability and the design of spare capacity can definitely make their data safer than HDDs.