GoPro HERO 10 Black is the latest version of the popular series of sports cameras. The tenth generation offers, among other things, filming in 5.3K at speeds up to 60 fps and in 4K up to 120 fps. 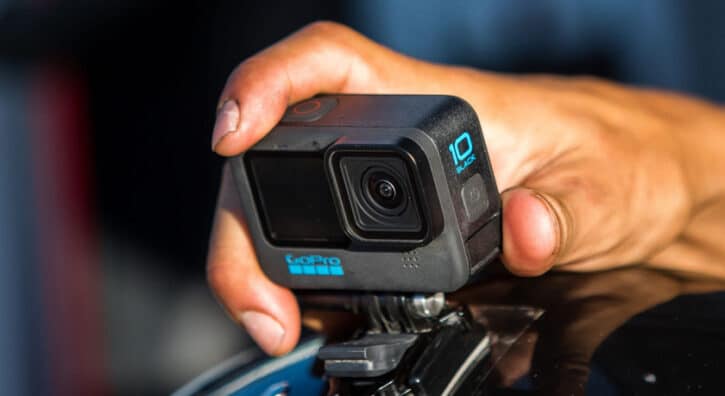 Despite its similar appearance, the Hero 10’s lens protection has been significantly improved. The glass now benefits from a hydrophobic coating allowing you to take much sharper photos even when swimming with the device. It is also more scratch resistant and less prone to ghosting. As for its packaging, the Hero 10 is plastic-free and features a pretty cool travel case. This approach respects the environment and saves users from having to dispose of a mountain of unnecessary waste. 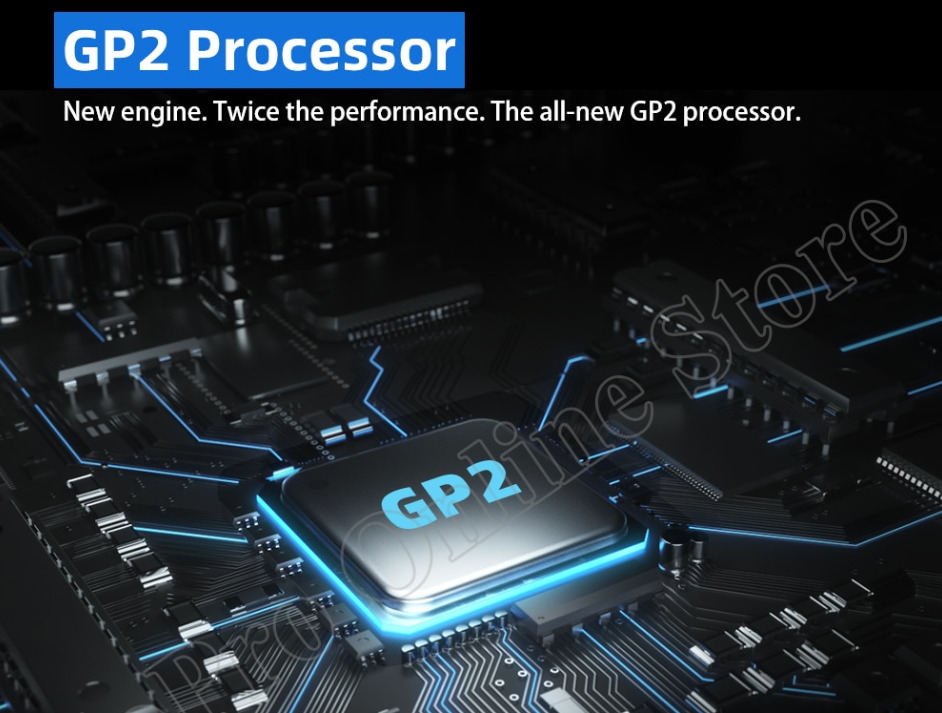 The GP2 chip takes full advantage of the device’s 23MP sensor. On the Hero 9, photo resolution was limited to 20MP and video to 5K at 30 frames per second (fps). The Hero 10 can shoot 23MP photos and 5.3K videos at 60fps. While this new, more powerful processor improves low-light performance, the laws of physics are still not respected. Image quality drops sharply in low light conditions. However, these results are better than other cameras with similarly sized image sensors. 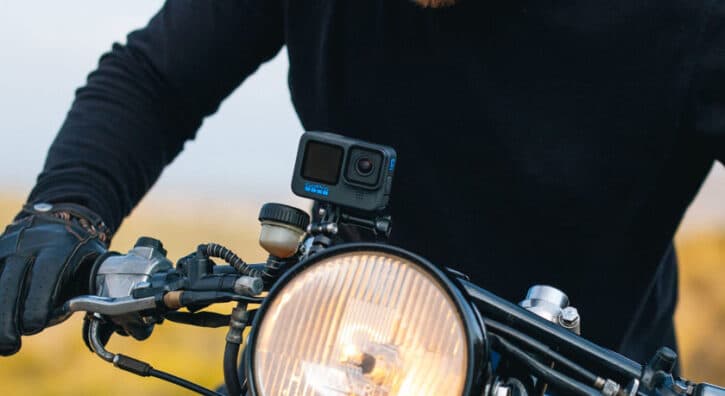 The most exciting aspect of this camera is how much progress it represents for slow-motion videos at lower resolutions. The frame rate compared to the Hero 9 has not only doubled to 5K but also 4K and 2.7K. It gives 4K video resolution at 120fps and super-duper slow-mo at 240fps at 2.7K. The image sensor has improved in video modes. The connection between a phone and the Hero 10 is seamless. Just open the Quik app and turn on the camera, and the two will connect automatically. Once all permissions have been enabled in the phone configuration. This ease of use has made it easy to use this app with the Hero 10. Most other camera companion apps are so complicated to hook up that it’s not worth it most of the time.

The GoPro Hero 10 goes one step further, as with a GoPro subscription, it offers free, unlimited cloud storage for photos and videos captured with the. Also, this camera can do this automatically as soon as it has been charged. Connect the camera to the Wi-Fi network via the app, then transfer the images from the camera to the computer via USB. You also have a wired connection option.

The HyperSmooth 4.0 image stabilization software works flawlessly like 3.0; it resolves much of the “shaking” effect of the action cameras even during the most agitated activities, such as downhill biking or skiing. Still, above all, it guarantees the same quality at all resolutions, from “simple” FullHD to 5.3K. The new GoPro also adds three color profiles to customize footage. The GoPro Hero 10 Black uses a 1720 mAh battery in all respects, identical to its predecessor. It should be noted that battery life is its main weakness, but charge throw with USB-C cable fast charging. This new model is even less efficient than the Hero 9 Black regarding autonomy. A short session with the latter burned most of her charges. Indeed, it takes a few extra batteries to shoot in 5.3K or at high frame rates.

The GoPro Hero 10 Black may look like a clone of its predecessor in appearance. But once you get the camera under the hood, it’s obvious that everything on this action camera has been improved. It is much better than previous models’ action cams. You can grab it now on AliExpress at Just $442.61. Click the following button to order now: