Smartphones are the most versatile devices on the market for a reason. We can use them for web browsing, reading e-books, business tasks, sending mail, communication, and increasingly also for playing games. The most die-hard mobile video game enthusiasts swear by an external controller that gives them more freedom, a better immersive experience, and personalization. Gamesir is a recognized and established brand in this field, which many Android gamers swear by. GameSir is partnering with Microsoft to release a controller, the GameSir X2-Pro-Xbox. The new gamepad comes with an Xbox home button and focuses on XCloud compatibility. The first works with the help of Bluetooth technology, while the second works via the USB-C interface.

Buy From GeekBuying Buy From AliExpress Buy From Official Website 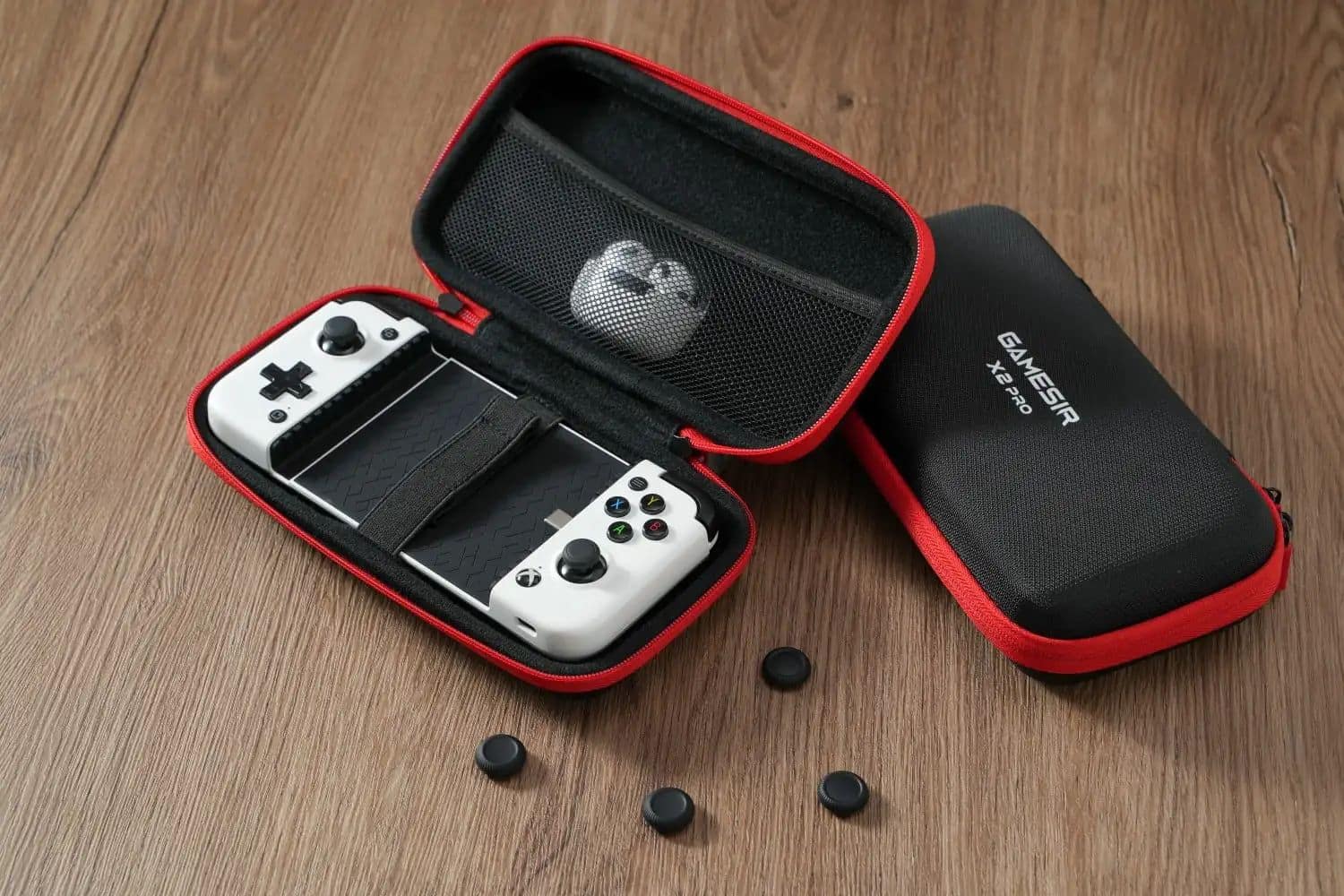 Of course, GameSir X2 Pro-Xbox is not only a cross on the housing and free gaming in the cloud. Compared to the basic edition of the controller, there are two major improvements worth mentioning. First, instead of the usual clicking triggers on the back, the ‘LT’ and ‘RT’ buttons now act like triggers, making the pad perfect for racing games. In addition, there are two buttons underneath that you can freely set to your whim. 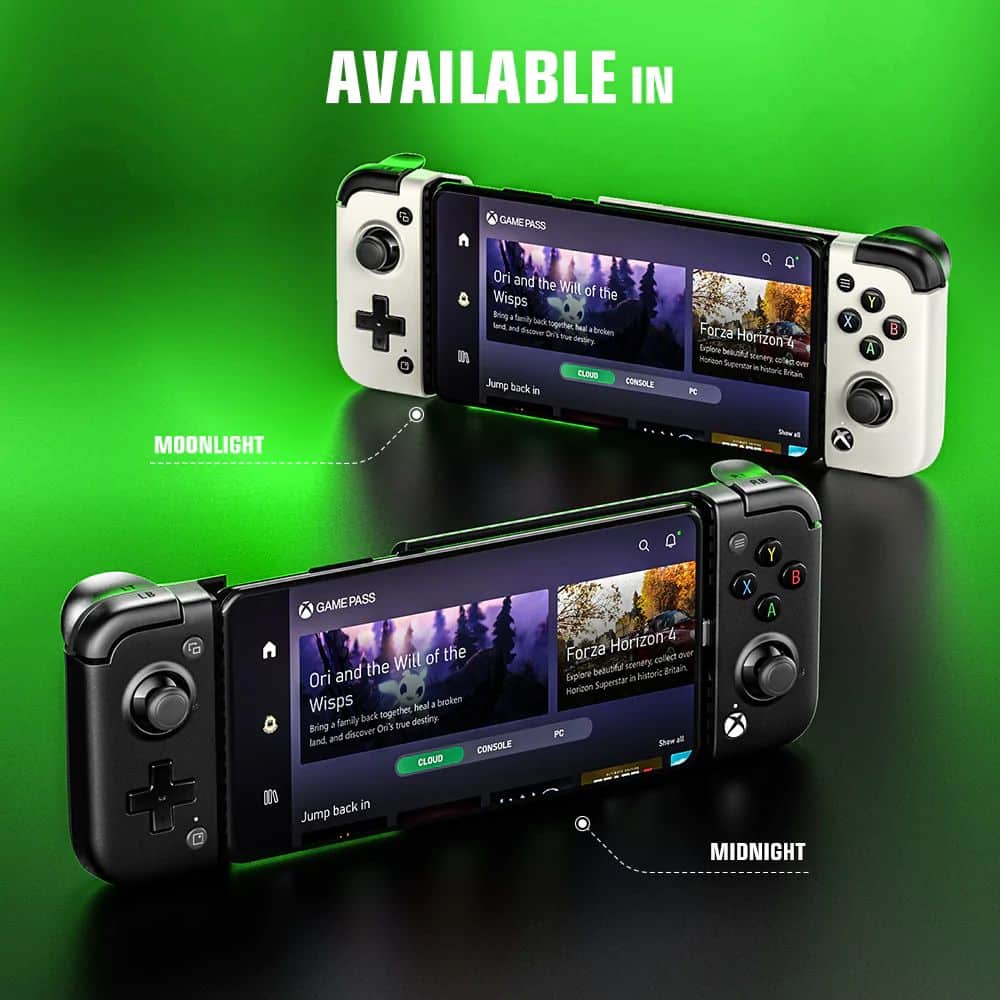 In addition to two buttons, the GameSir X2 Pro-Xbox boasts several other options for adjusting the equipment to the player’s needs. If you are fans of the key configuration from the above-mentioned Switch, you can swap the buttons and change the order X / Y / A / B, to Y / X / B / A, or whatever you want. In addition, the analogs gained interchangeable caps in two options – a concave and a convex center. In order to minimize the delay, the GameSir X2 Pro-Xbox controller is connected to the smartphone using the USB-C socket, but you can still charge the device thanks to the input on the right side of the controller. Provided that it is compatible with pass-through charging. The official list on the site mentions such devices:

Your budget is not tight enough to spend a few hundred zlotys on a new console? Are you not convinced by the exclusives of the Nintendo portable console? Do you want to play comfortably on your smartphone? GameSir X2 Pro-Xbox comes to the rescue.

I admit that despite buying the Switch a few years after the premiere, I somehow missed an important stage in the development of mobile gaming. I associated smartphone gaming with a limited selection of titles and annoying touch controls. Today, both problems have been resolved – the Google Play Store has spawned interesting titles from large and small publishers known from PCs or consoles, and for people with a good network connection there is an option to play in the cloud. 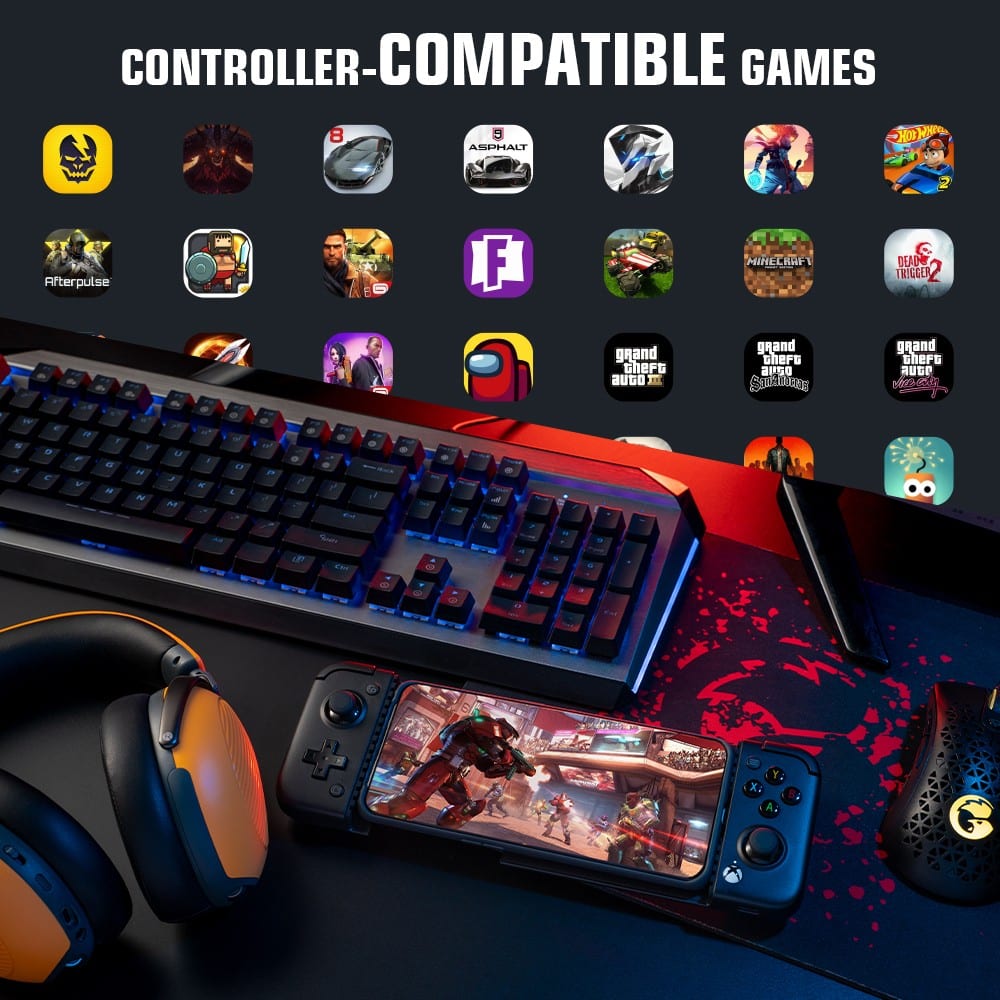 The same goes for controllers. It is not a problem to find a good gamepad today that matches our style. Regardless of whether you are talking about playing with buttons on the sides of the screen or on a small, separate pad – everyone can count on a good-quality device. Fans of the first variant of playing should take a look at GameSir X2 Pro-Xbox – an improved version of the controller, dedicated to playing on Android. 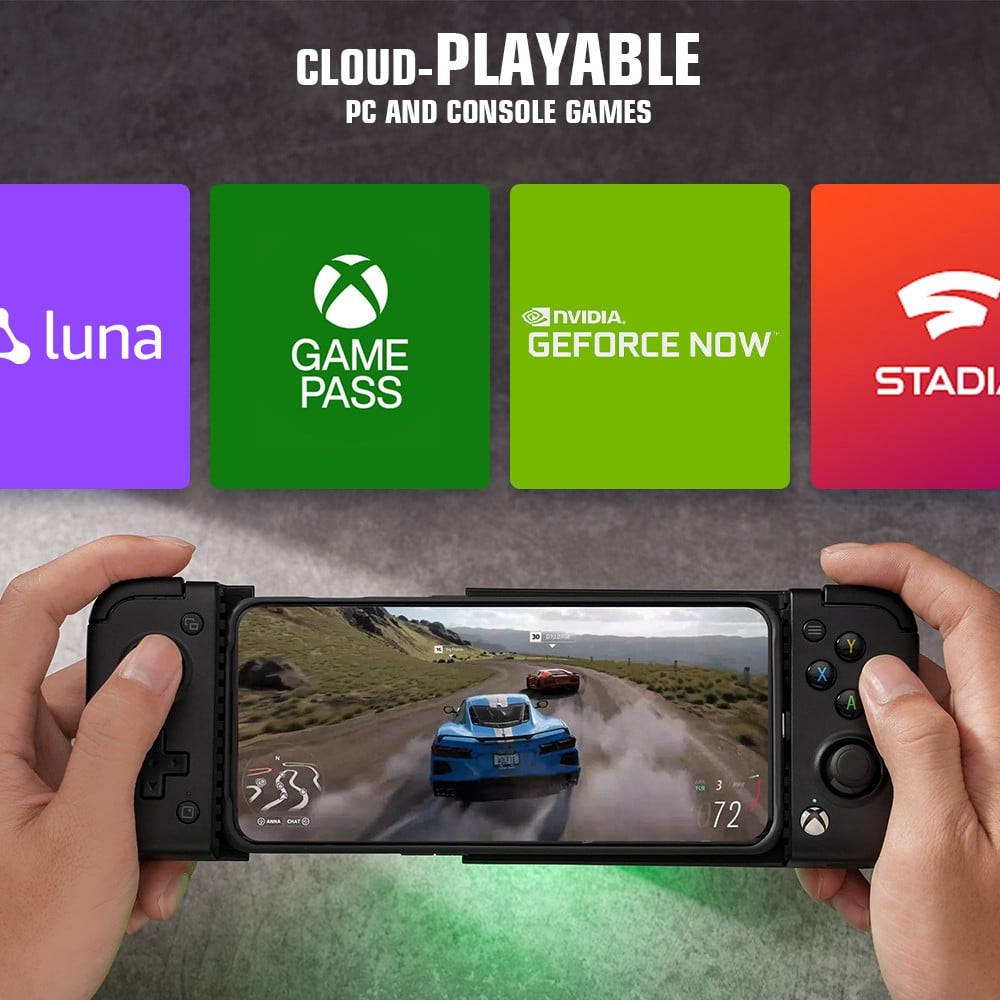 The colors in which the graphics on the manufacturer’s official website are maintained leave no doubt – this is equipment tailored to Xbox Game Pass subscribers, using the option of playing in the cloud. Of course, not the green itself is important. The GameSir X2 Pro-Xbox got the Microsoft console logo on the front and the official blessing of the Redmond giant as an “Xbox-designed” accessory. Thanks to this cooperation, when you buy this controller, you can count on a code that provides a free month of Game Pass in the Ultimate edition. Nice! 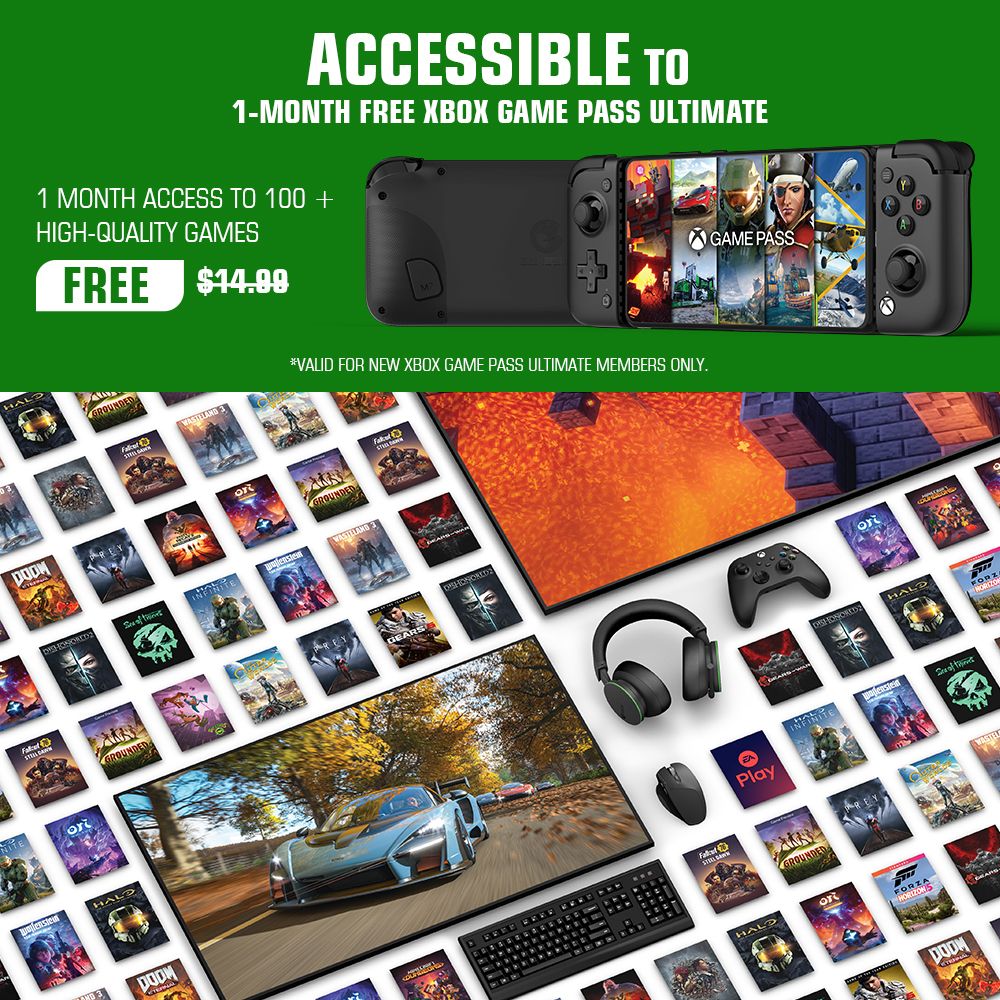 The GameSir X2 Pro-Xbox is now available for sale and comes in two color variants – white and black. The Gamesir X2 Pro promises even more than its predecessor and even more is promised by the manufacturer, who, in addition to the new controller, has added a free month of Xbox Game Pass Ultimate, a rich game library that includes Xbox Live Gold, Game Pass, and EA Play and more like 300 latest and older games. The total value of the monthly subscription is €14.99, or completely free with the purchase of the Gamesir X2 Pro-Xbox controller.

But that’s not all. They also added a screwdriver and a set of 63-in-1 screws. You can also use promo code GAMESIRX2PRO for an 8% discount on shipping if you choose the German warehouse. And for shipping from China, use code GAMEX2PRO10 for 10% off shipping.

Buy From GeekBuying Buy From AliExpress Buy From Official Website

We also received the GameSir X2 Pro-Xbox Android controller for testing in the editorial office, so you can expect a detailed insight into its performance and which games it performs best in the next few days.