A few months ago the news broke that Logitech and Tencent were preparing a new handheld console based on Android. A concept is similar to the successful Steam Deck, which is already preparing new versions, which will come as a rival to the aforementioned Nintendo Switch. A console from which we have not heard anything again until today, the day on which its design and appearance have been leaked. Thus, the Logitech x Tencent’s Cloud-Based Gaming Console will be a console that looks very similar to Nintendo’s hybrid console, with a white finish and a very similar button layout.

As you can see in the images that we share with you, this portable console designed for cloud gaming has two asymmetrical joysticks, a crosshead, an ABXY action button box, four triggers, and a series of extra buttons that We do not yet know its function. In addition, these first images also help us to see that Logitech x Tencent’s Cloud-Based Gaming Console will have its own launcher, as well as access to Google Play and access to all streaming game services.

The idea behind the Logitech x Tencent’s Cloud-Based Gaming Console is that the user gets their hands on a cool and silent device that brings cloud gaming to them. While Logitech doesn’t have its own cloud gaming service since the device is based on Android, it can be connected to GeForce NOW, PS Now, Stadia, Amazon Luna, Blacknut, etc. At its heart is a Qualcomm G3X-based SoC, a 6.65-inch touchscreen, a traditional gamepad layout, a microSD expansion slot, and an audio jack. There is no information on the communication options, but it is likely that Wi-Fi and Bluetooth will be present. Logitech promises a market launch later this year. 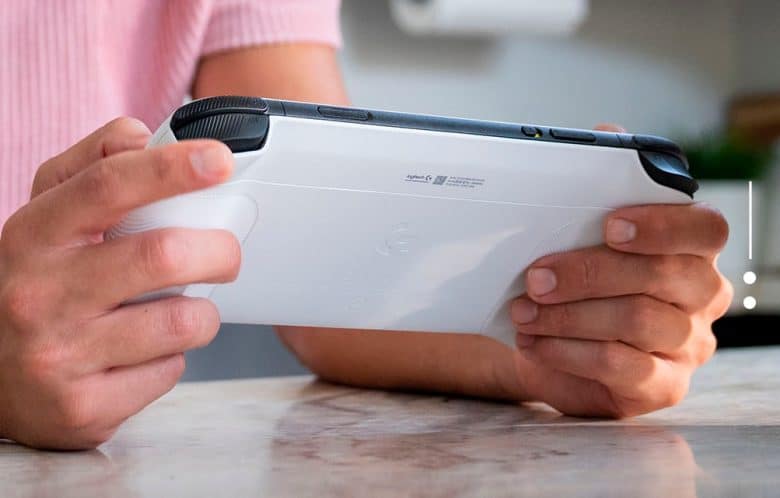 And yes, this includes Xbox Game Pass, as well as Steam, GeForce Now, and Stadia, at least for now. In this way, this new Android-based console that Logitech x Tencent is preparing would be the ideal companion for xCloud, allowing us to play its entire catalog in a simple and easy way. In addition, although it is still unknown which processor it will incorporate, rumors indicate that it will be the G3x Gen 1, a new processor designed for mobile gaming devices. That is, the performance would be more than assured.

At the moment, we do not know more information about this new portable console based on Android. But, judging by what has been seen, we may be facing more than the interesting device.