The new 12th-generation Core platform has arrived. The performance improvement of this generation of Core processors is quite sincere, and it also brings cross-era technologies such as DDR5 and PCIe 5.0. In particular, PCIe 5.0 is truly “fighting the future”. When PCIe 4.0 SSD was still the choice of a few high-end players, PCIe 5.0 came. SSDs need to pick up the pace and catch up. 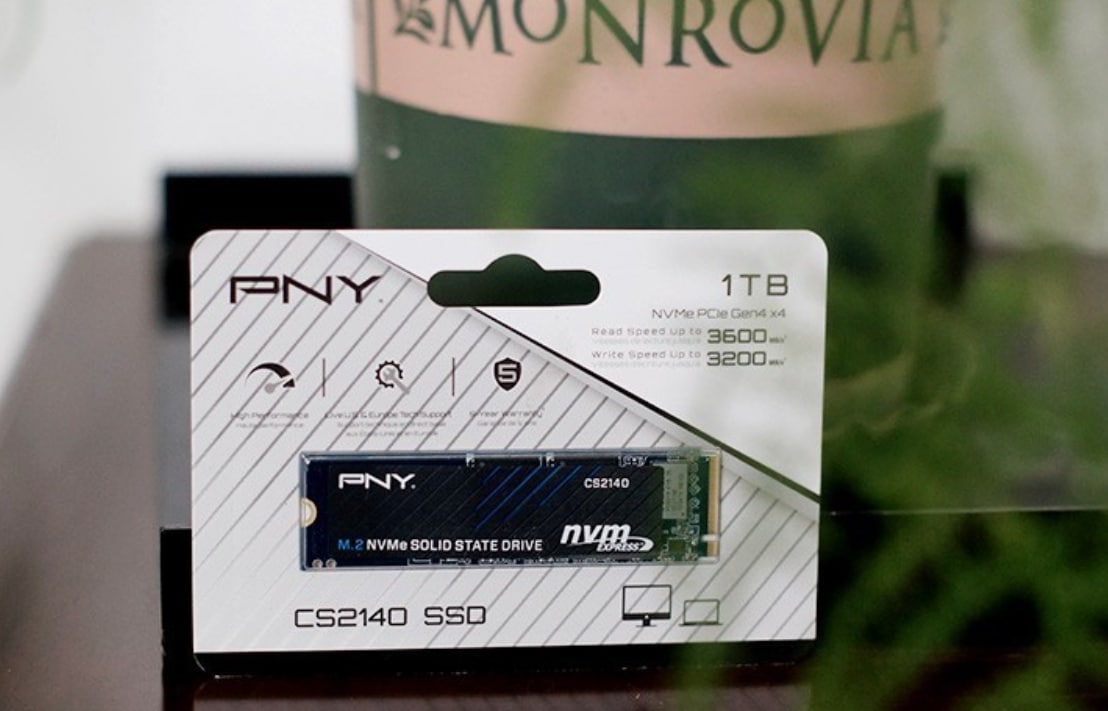 The packaging is pretty good, PNY CS2140 uses a one-time packaging style, and once the hard disk is taken out of the packaging, it cannot be restored. Conventional M.2 hard drives generally prefer the box-style design. This one-off style package is normally used on SD memory cards. The style of this package is an anti-theft and anti-adjustment package. 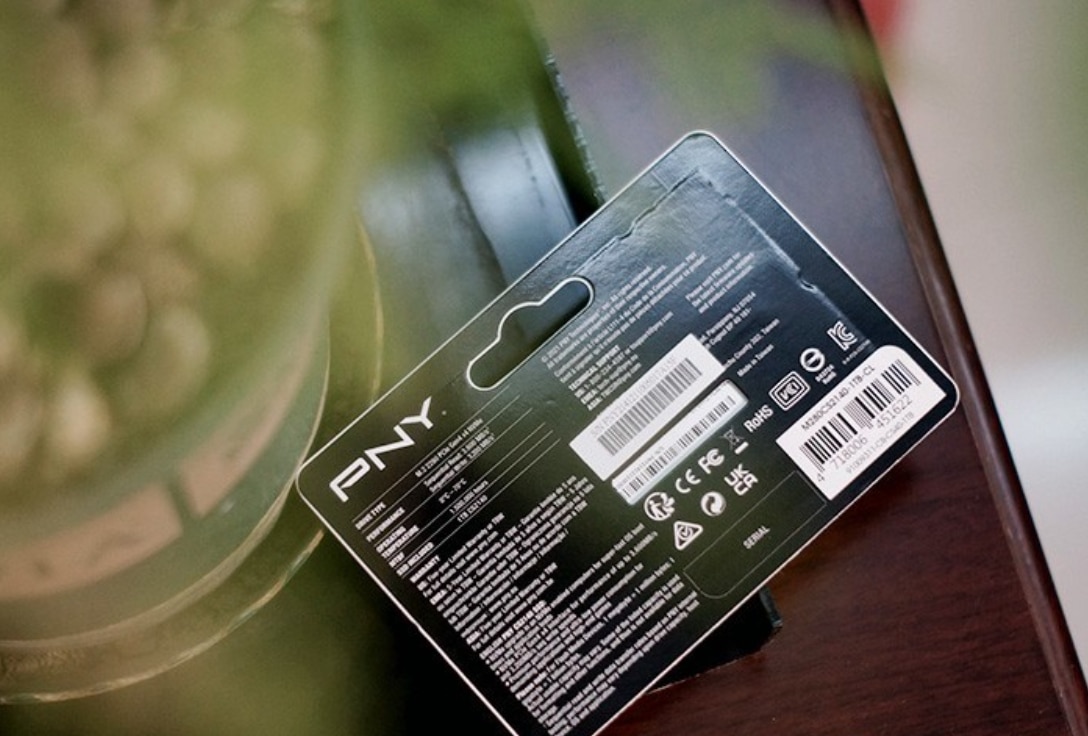 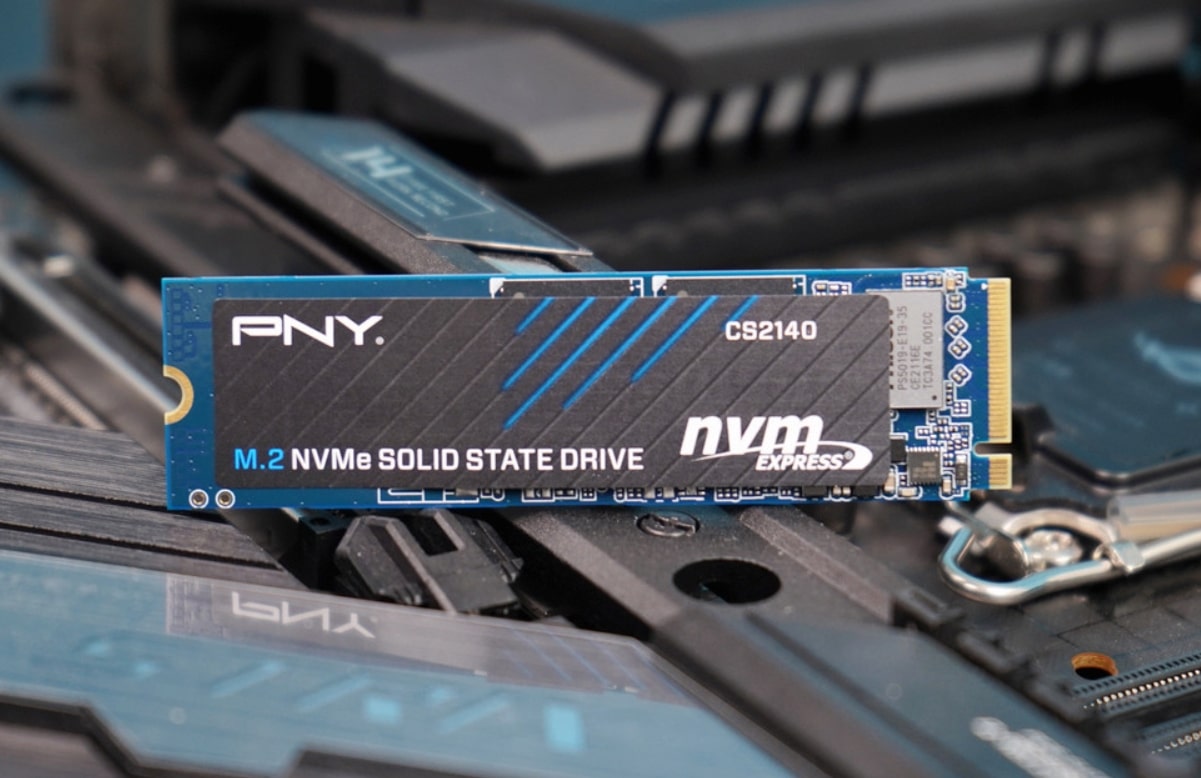 The brand PNY sounds relatively unfamiliar. From the introduction, it is an American company established more than 30 years. CS2140 is an entry-level PIC4.0 solid state drive. PNY CS2140 PCIe 4.0 SSD is without a heatsink. There is only a label on the front, with the PNY brand LOGO on it, and the model information in the upper right corner. Below the labels are the main control and flash memory chips. 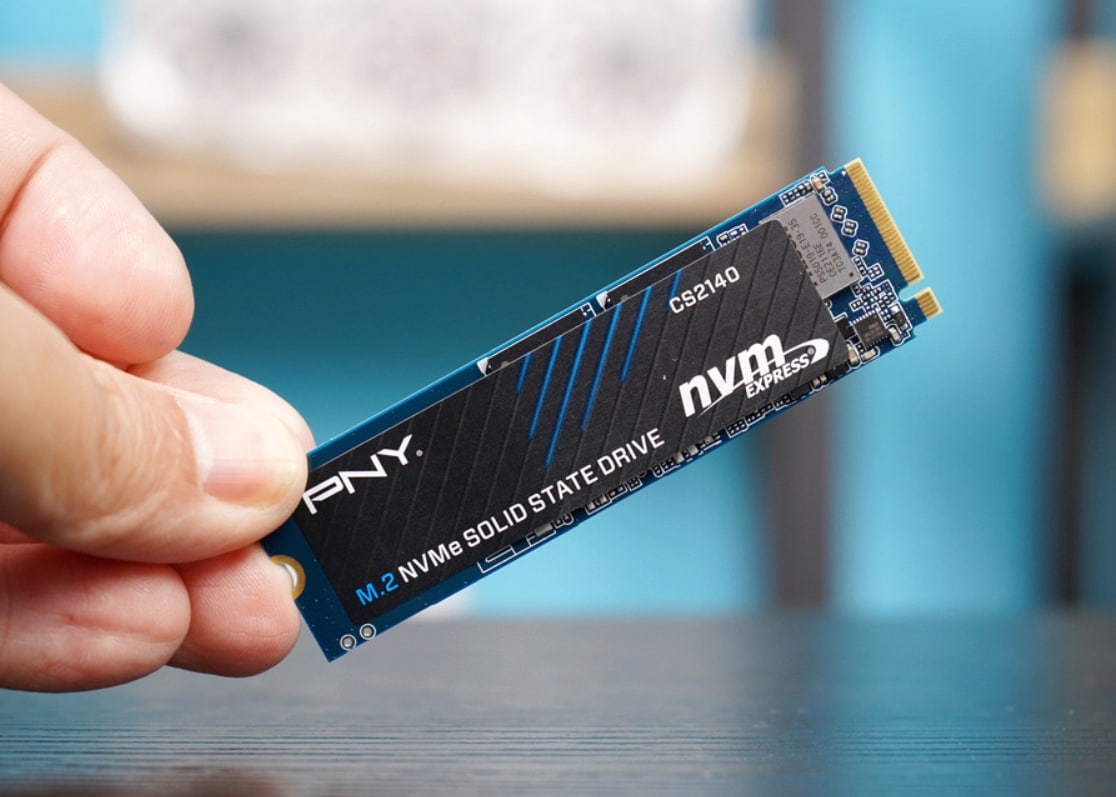 Without a heat sink, it has little effect. After all, almost all mainstream to high-end motherboards is equipped with heat dissipation armor in the M.2 slot, which may have to be removed. The SSD size is standard 2280, with a common 80mm length. The single-sided chip layout also makes it thin enough not only to be compatible with desktop computers but also easy to install on notebooks. 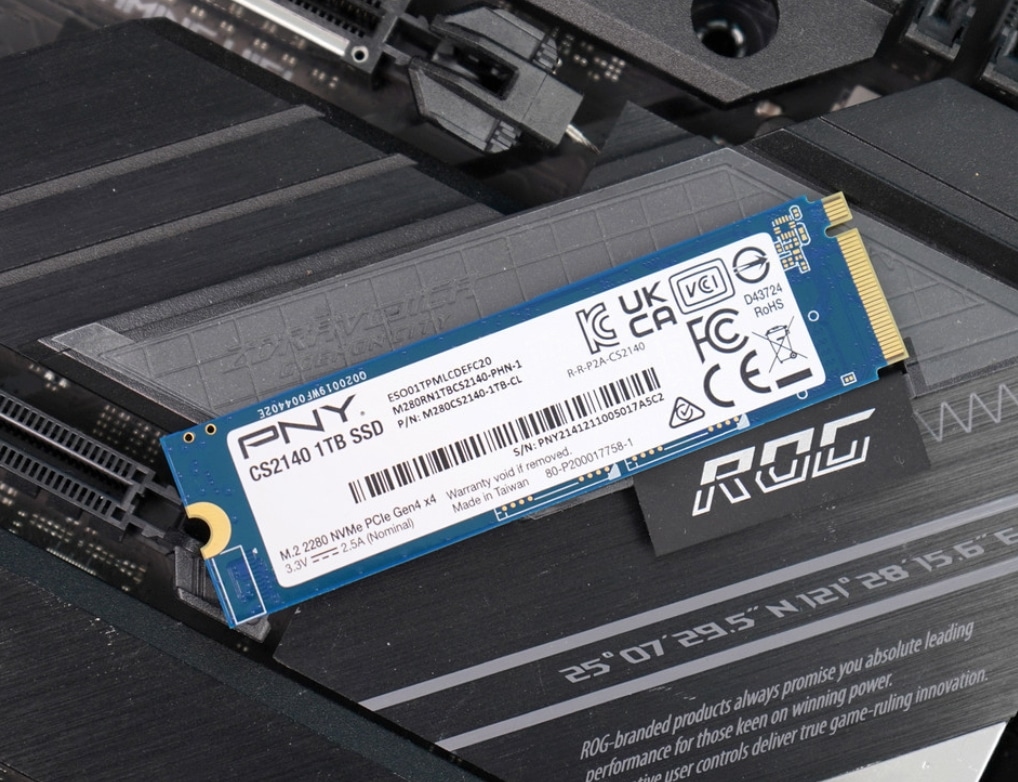 The information sticker of the product is attached to the back of the hard disk. After all, the capacity of this hard disk is only 1T, and two flash memory particles are enough. 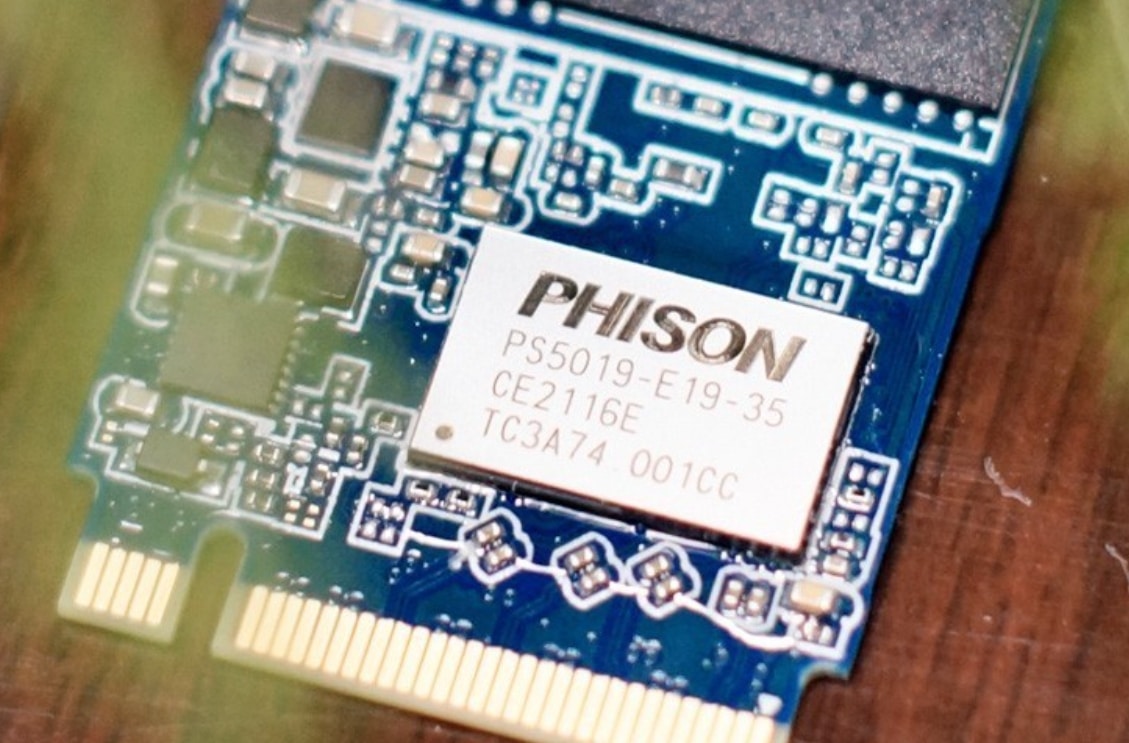 Its main control uses the PS5019-E19 developed by Phison for PCIe 4.0. Except for only 4 NAND channels, its other performance is similar to the flagship E16 main control, and the peak read and write speed is above 3600MB/S. 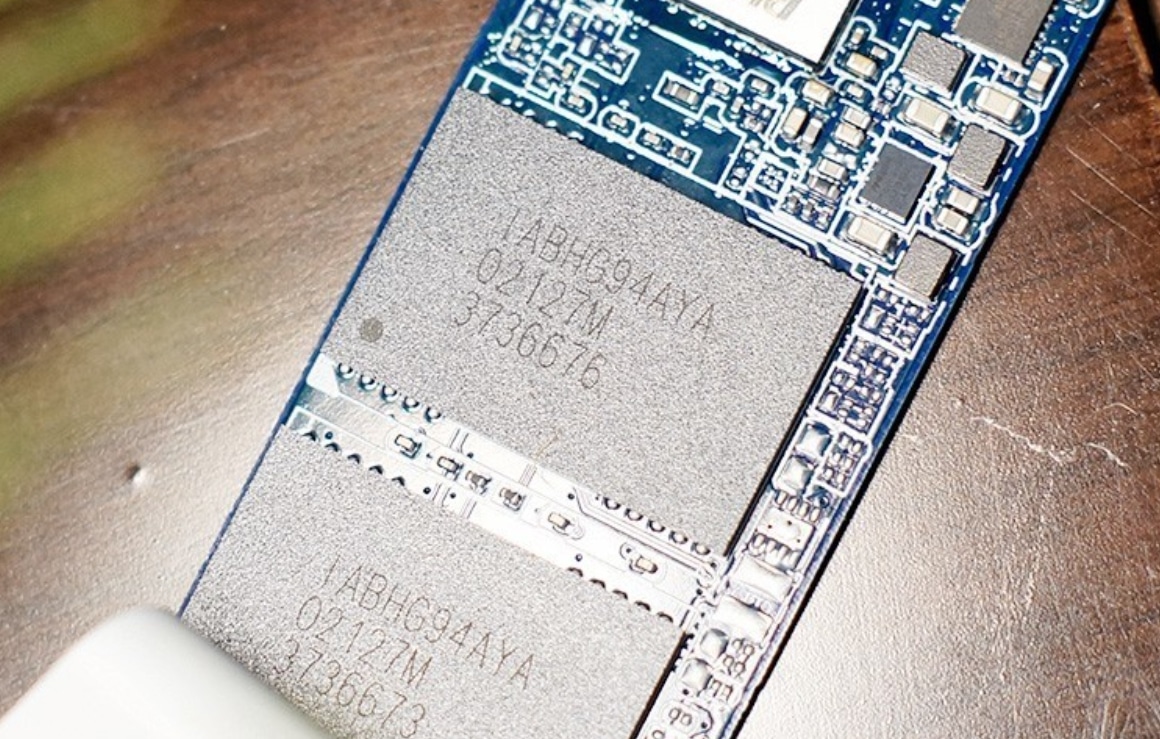 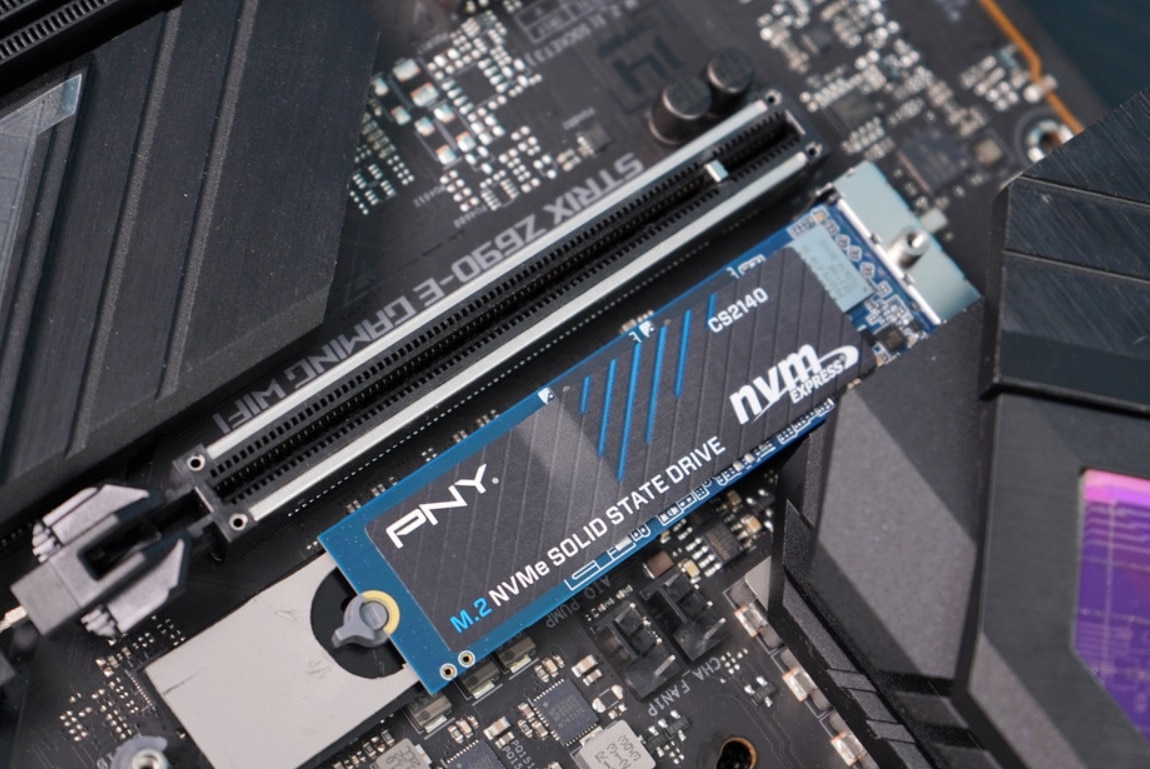 The platform I am using now is the 12th generation Core i7-12700K+ROG STRIX Z690-E motherboard. This motherboard has three M.2 slots, the first one supports PCIe 5.0 x4, and the other two support PCIe 4.0×4. It also presents an M.2 expansion slot with two PCIe 4.0 x4 slot positions. So, how can such a performance platform lack a PCIe 4.0 SSD? 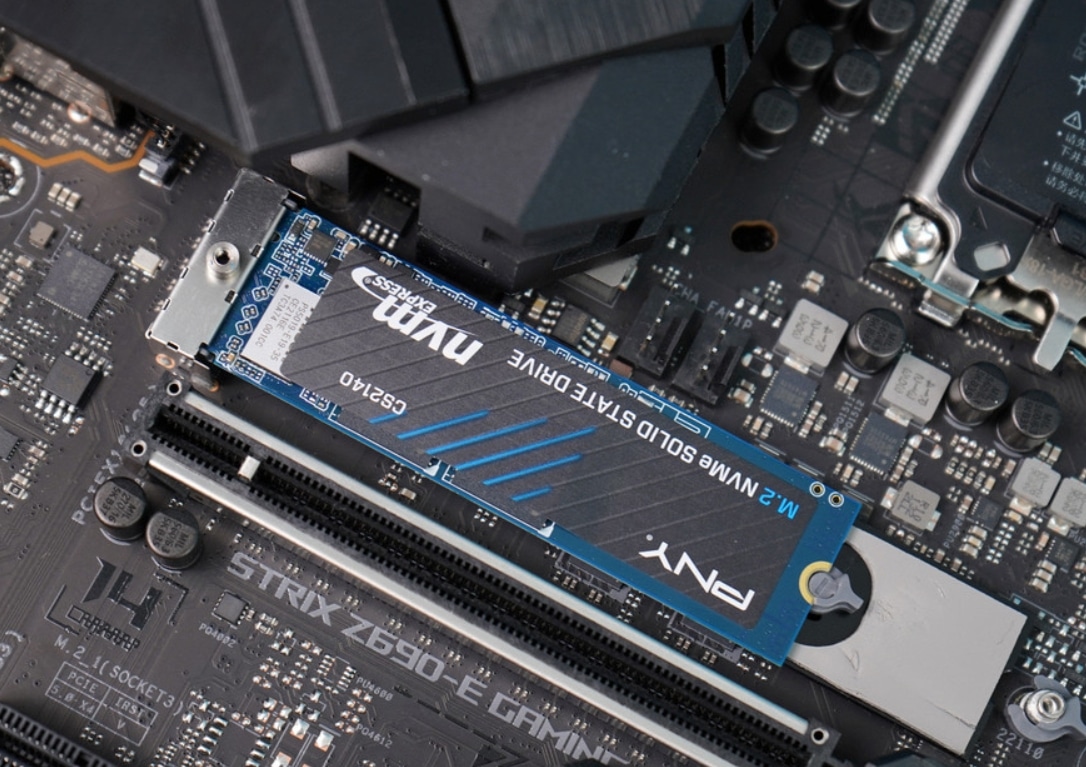 Install the PNY CS2140 1TB PCIe 4.0 SSD on the ROG STRIX Z690-E motherboard to run the performance that everyone cares about.

The main control adopts Phison PS5019-E19, which is an entry-level PCIe 4.0 main control, only supports 4 channels, up to 16CE, manufactured by TSMC 28nm process, no DRAM cache is required, and the maximum sequential read and write speed is 3750/3750 MB/s. Maximum random read and write IOPS 440K/500K.

For flash memory, it is 3D TLC packaged by Micron’s original 96-layer package. Needless to say, the quality of this flash memory particle is used in many models of products on the market. Original quality, five-year warranty, you can use it with confidence. 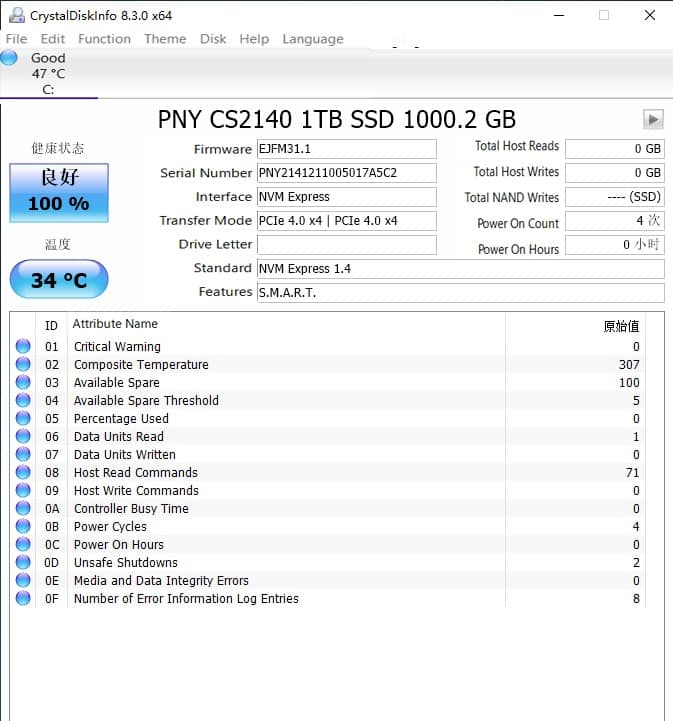 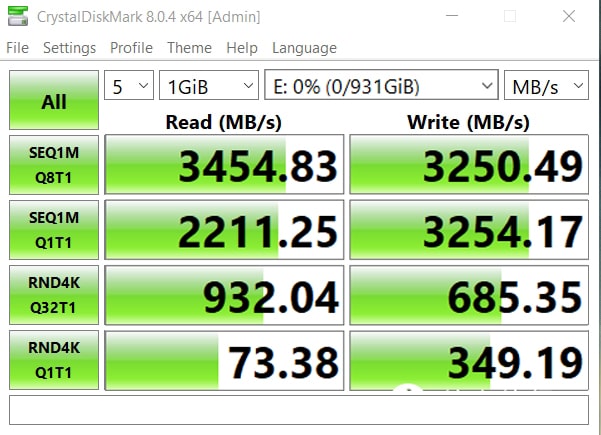 This result may not be outstanding in PCIe 4.0 SSD, but it is a top-notch existence in PCIe 3.0 SSD. 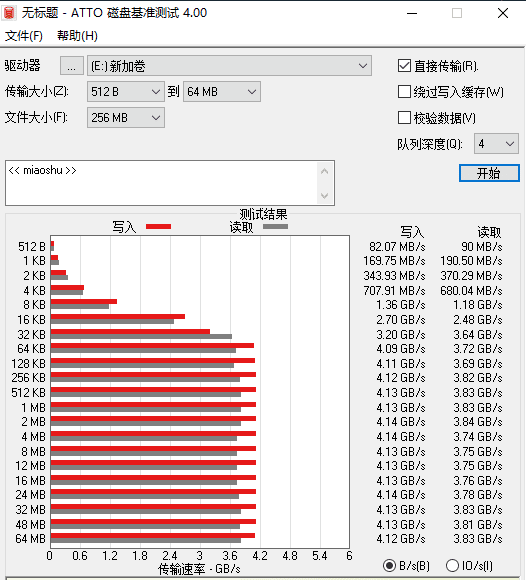 In the ATTO test, Phison’s master control is dominant, and the write can reach more than 4.1GB/s, which is strong enough. 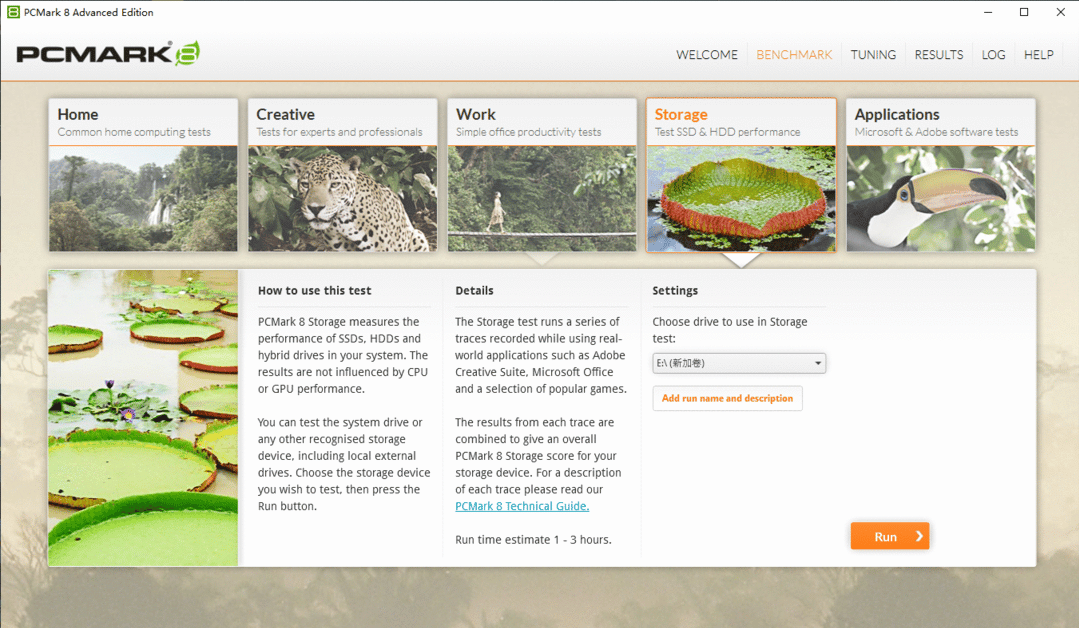 The test items of PCMark 8 are closer to home, design, and office, and have a strong practicability. The record-playback principle ensures its test accuracy. 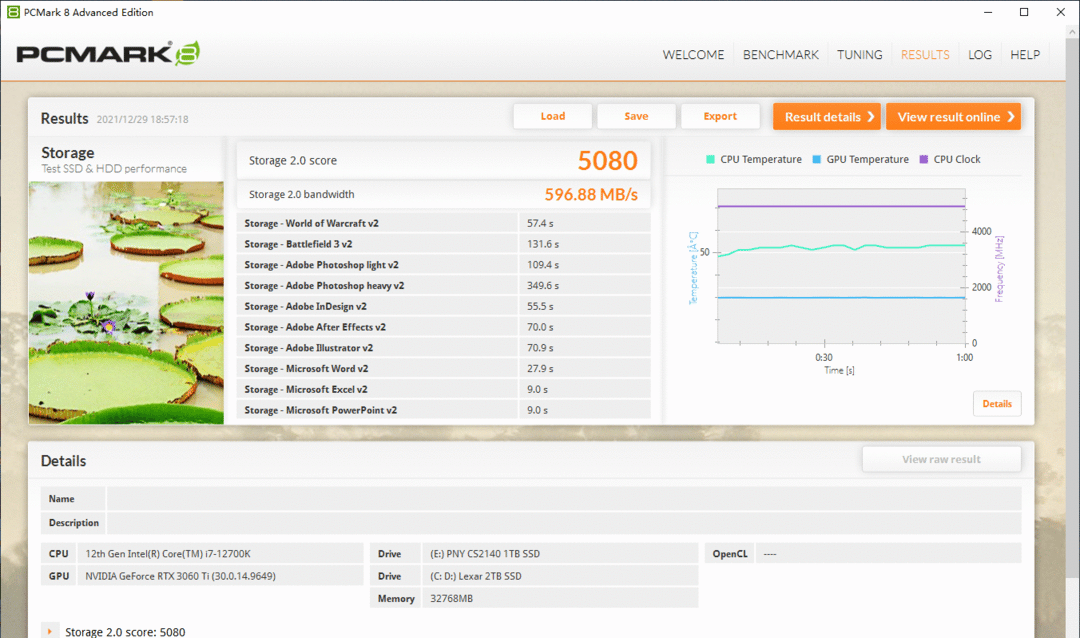 The PNY CS2140 1TB achieved a score of 5080 in the PCMark 8 storage test, and the transmission bandwidth was close to 600MB/s. Although it is the entry-level PCIe 4.0, it already belongs to the flagship level of PCIe 3.0 SSD.

Install the latest Windows 10 system on this SSD, install professional software PS and PR, and install 3A games at the same time, let’s see how fast it loads.

The first is the PS software. The test method is to load 100 photos, a single 10MB size, a total of 1000MB photos, and record the time required to complete the loading:

The time required for the PNY CS2140 to complete is only 17 seconds.

It is often necessary to edit videos. If the hard disk is not powerful, the editing efficiency will be very low. The test method is similar to PS. Import the video material into PR, 10 videos, a single size is 513MB, the data volume is 5GB, and the time required to complete the loading is recorded.

The time required for the PNY CS2140 to complete is only 18 seconds. 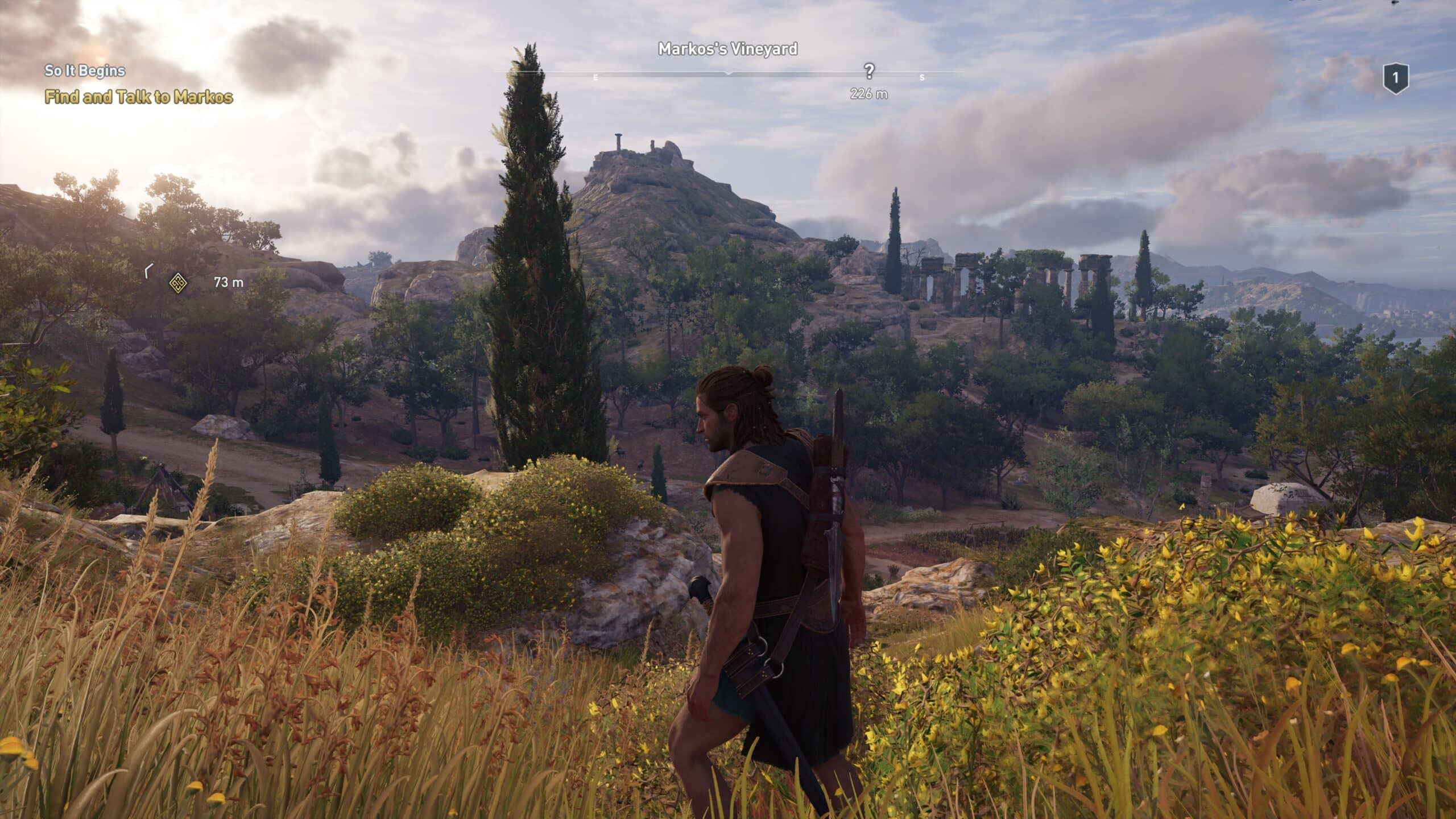 Finally, let’s look at the game. The game selected this time is “Assassin’s Creed Odyssey”. The test scene is to enter the main interface of the game, click to start the game until the scene is fully loaded, and record the time required.

The time required for the PNY CS2140 to complete is only 10 seconds. 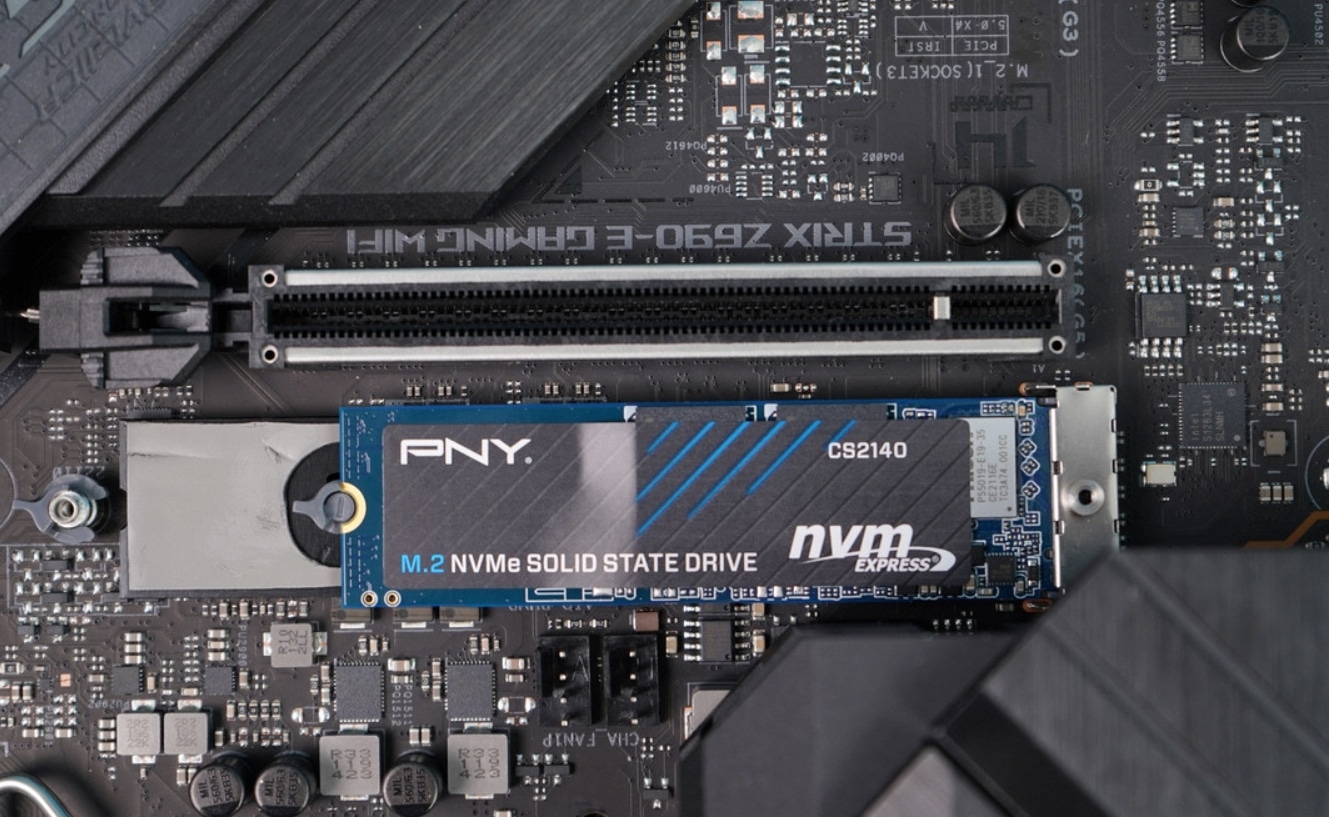 Whether it is professional software loading or game scene loading, the PNY CS2140 as a PCIe 4.0 SSD is powerful enough without waiting too much time, improving work efficiency and making it more comfortable to play games.

PNY CS2140 PCIe 4.0 SSD has good performance. Although PCIe 4.0 channel bandwidth is less than half, it has already killed many PCIe 3.0 SSDs. In the actual software loading and game loading, the experience is great. Phison master + Micron flash memory, double insurance combination, to ensure the stability of high-load writing. With a 5-year warranty, you can also see PNY’s confidence in this SSD.