After a glance doing a Xiaomi 12S Ultra review, you know it’s a camera-first smartphone. The front is the usual premium all-display affair. However, it is the rear where you get a phone with a retro camera. It is a large-size glass element atop an expanded camera isle surrounded by genuine leather. It is sort of like a Leica M6. So, The Xiaomi 12S Ultra specs for the primary 50MP 1-inch sensor with Leica’s professional optical lens focus on creative photography and video production for the vloggers. Is it worth the actual hype? Let us explore more. 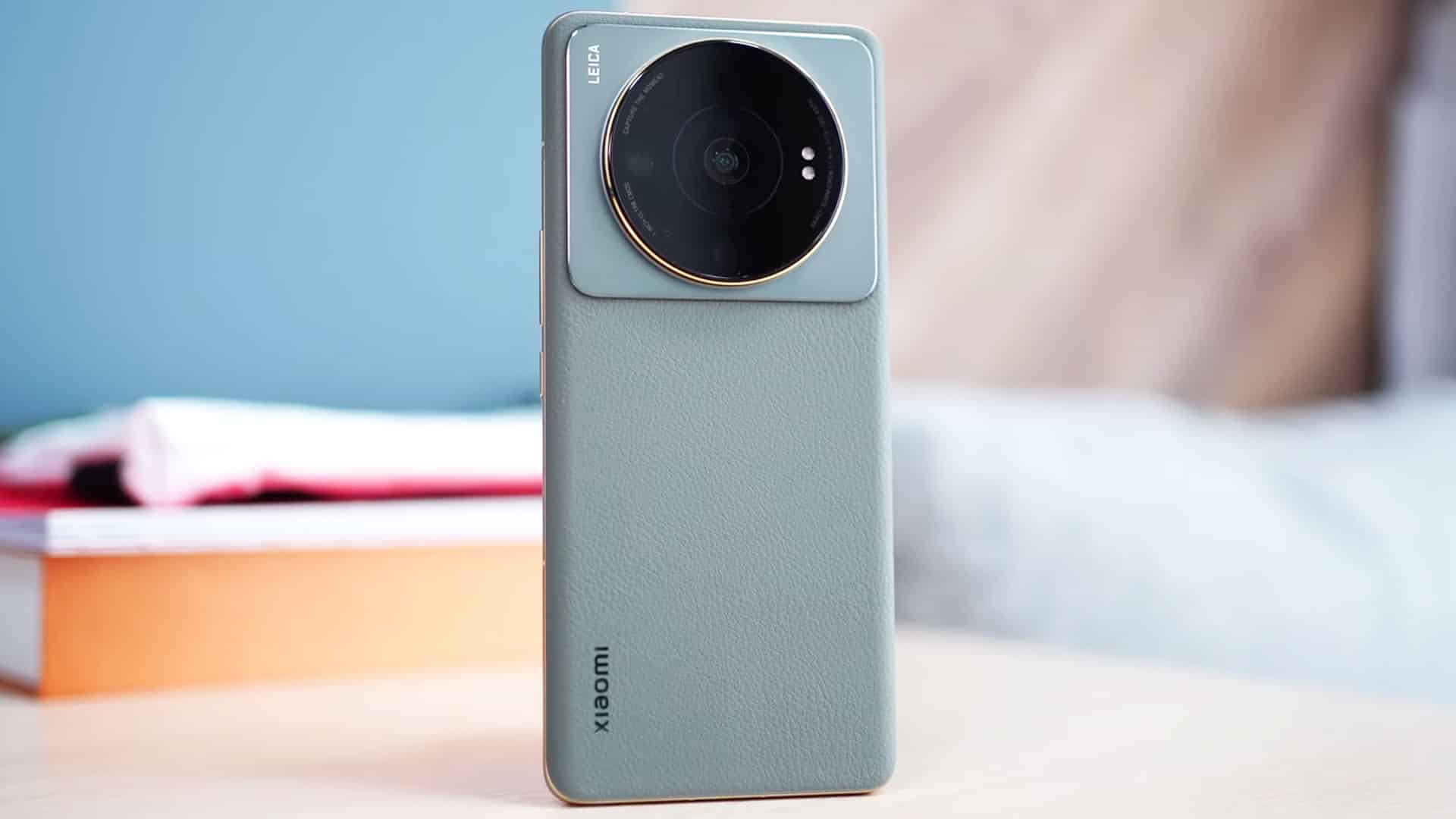 The new Leica triple cameras on the back of the 12S Ultra are all at the pinnacle of smartphone imaging. The main imager has a 1-inch sensor and combines a 50.3MP in a 4-to-1 pixel binning to produce 12.5MP images. There is a multi-directional phase-detect autofocus, a laser aid to that AF system, optical stabilization, and a wide 23mm lens with f/1.9 aperture.

The new Xiaomi 12S Ultra review shows it is not just about the price tag. Xiaomi allied with imaging goliath Leica to tune the cameras on this smartphone. There are two special camera photo filters, Leica Vivid and Leica Authentic. The Vivid mode is what modern phone cameras look like—punchy and contrasty—while the latter brings a more toned-down true-to-life look. 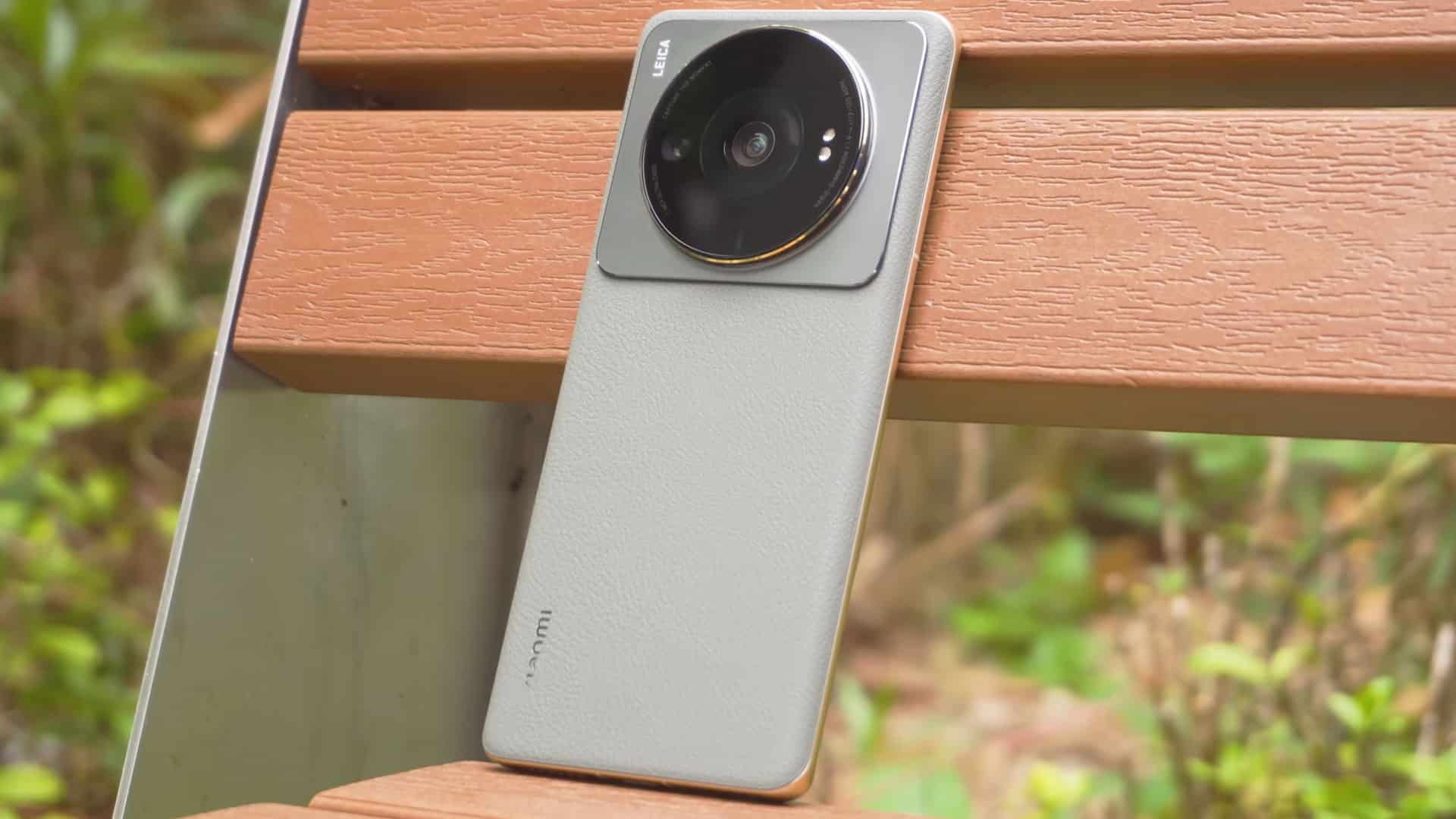 The new Xiaomi 12S Ultra review for the design indicates it is similar to the Mi 11 Ultra. It has a nearly identical front, while its back offers a different layout. Almost all camera features are the same for the cameras. It has matching wide with enormous sensors, ultrawide with autofocus, and 5x telephoto periscopes. 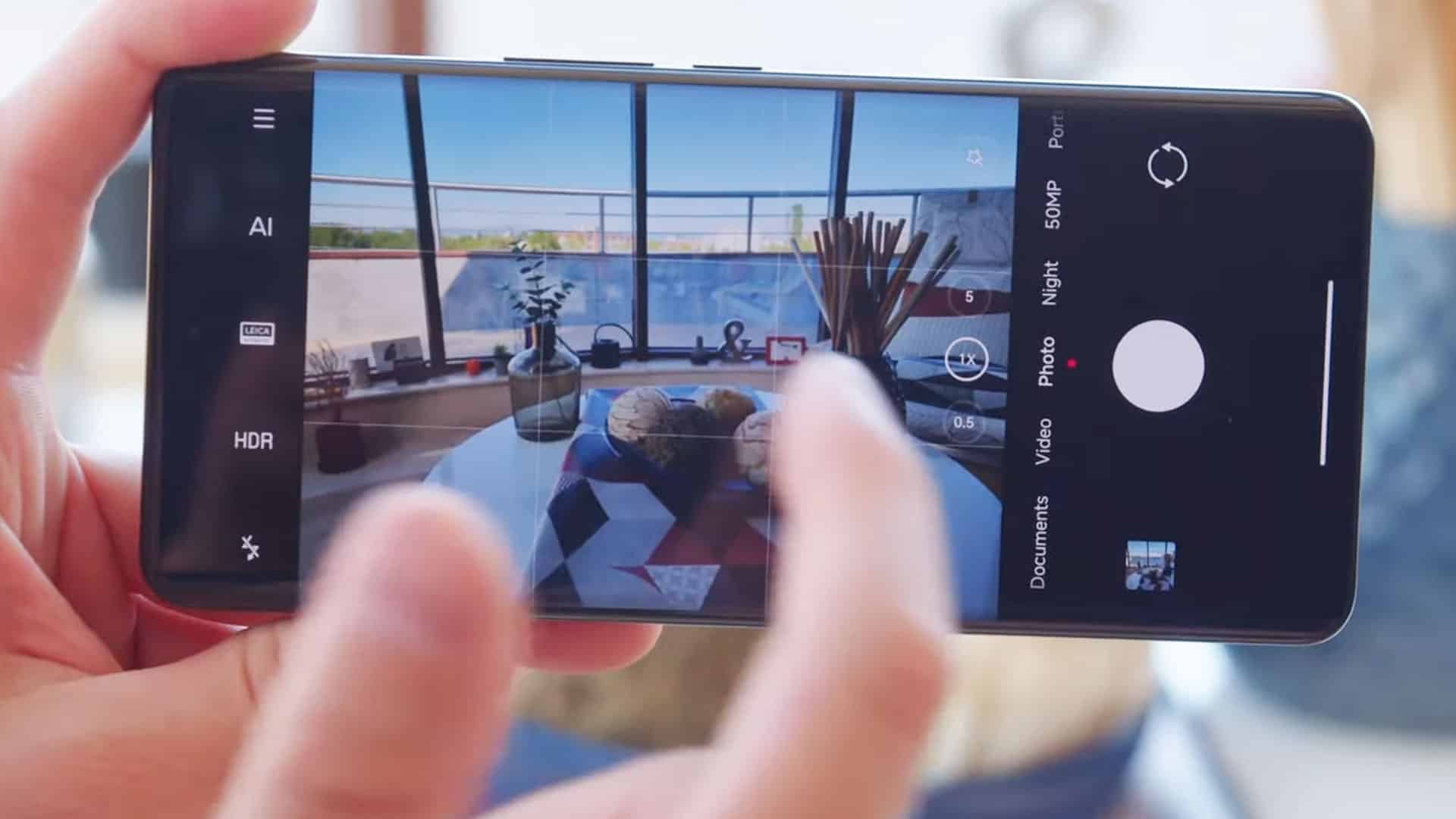 The 12S Ultra will be a flagship phone when it launches in the second half of this year. It has a Snapdragon 8 Plus Gen 1 processor, 8GB/12GB RAM and 256GB/512GB storage capabilities, and an outstanding 2K 6.73-inch OLED display. The 4860mAh battery capacity and 67W charging capability aren’t class-leading but should do just fine for most users. All things considered, that’s not a spec sheet we can complain about. 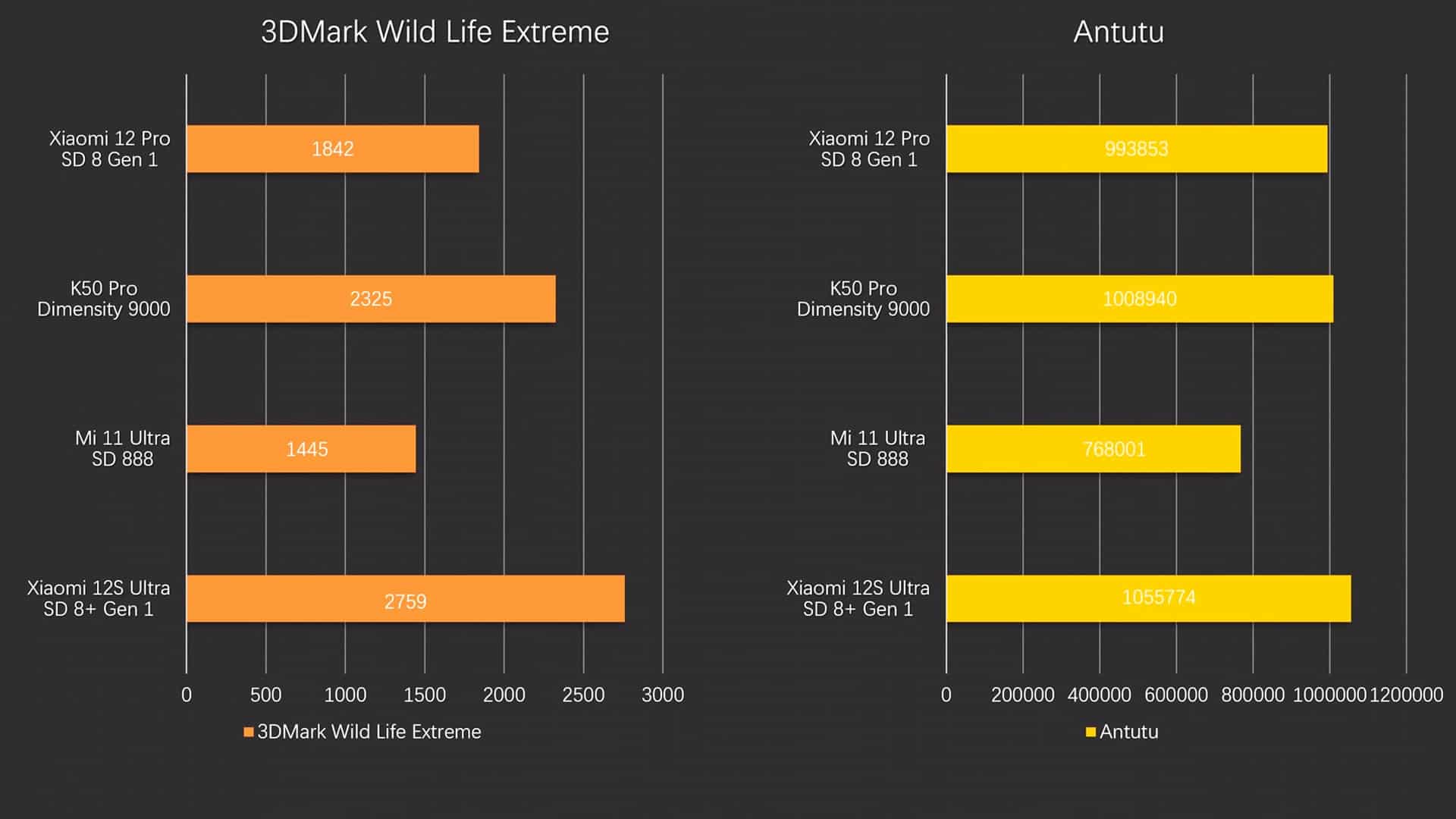 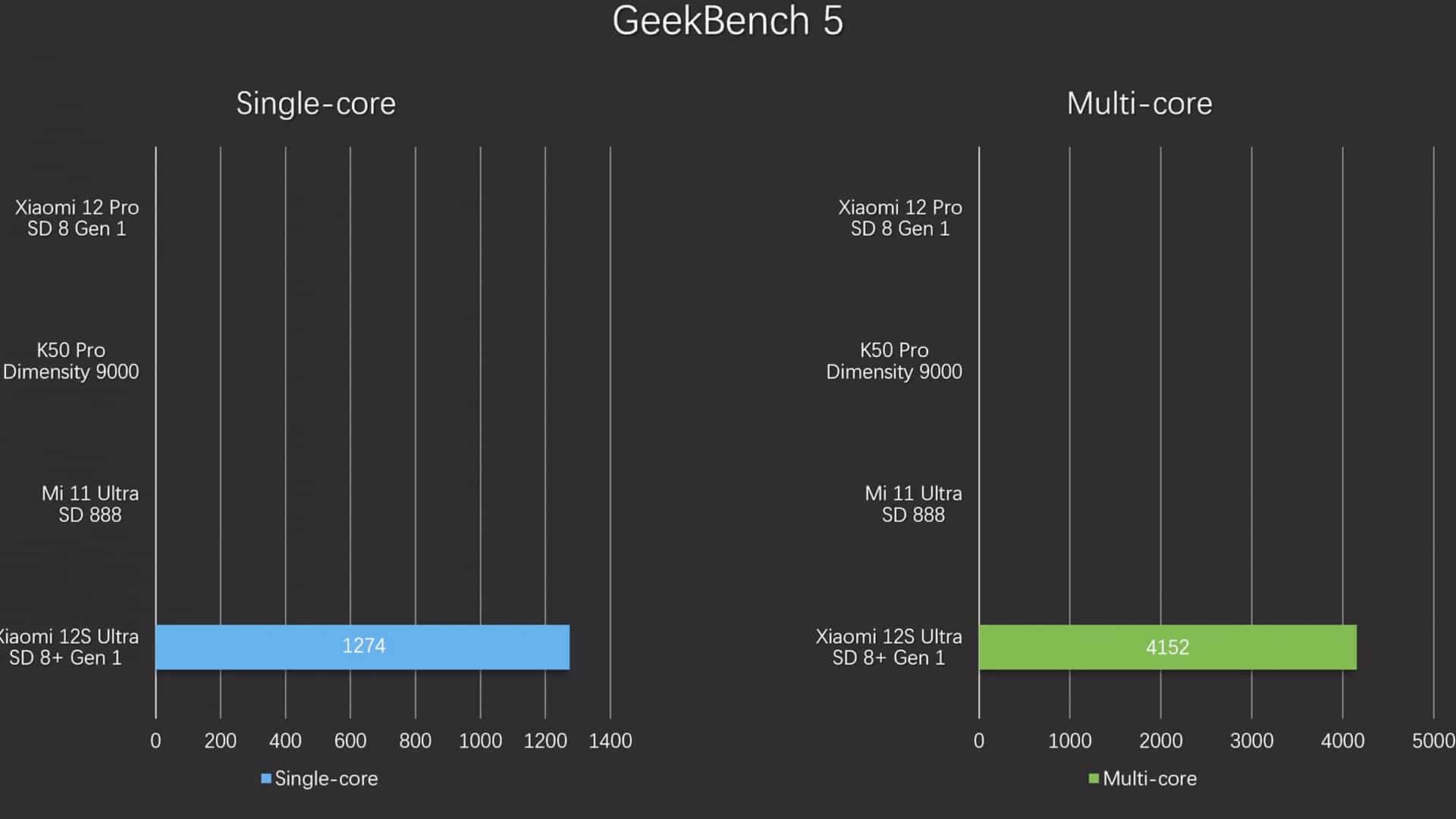 The Xiaomi 12S Ultra review for display shows it has a resolution of 1440x3200px (20:9 ratio, 522ppi pixel density), and it’s an LTPO 2K AMOLED panel that allows dynamic refresh rate switching between 1 and 120Hz. Like other phones from this brand, the 12S Ultra has all sorts of HDR support—including DolbyVision—and it’s a 10-bit panel, so it can render 1 billion color gradations. 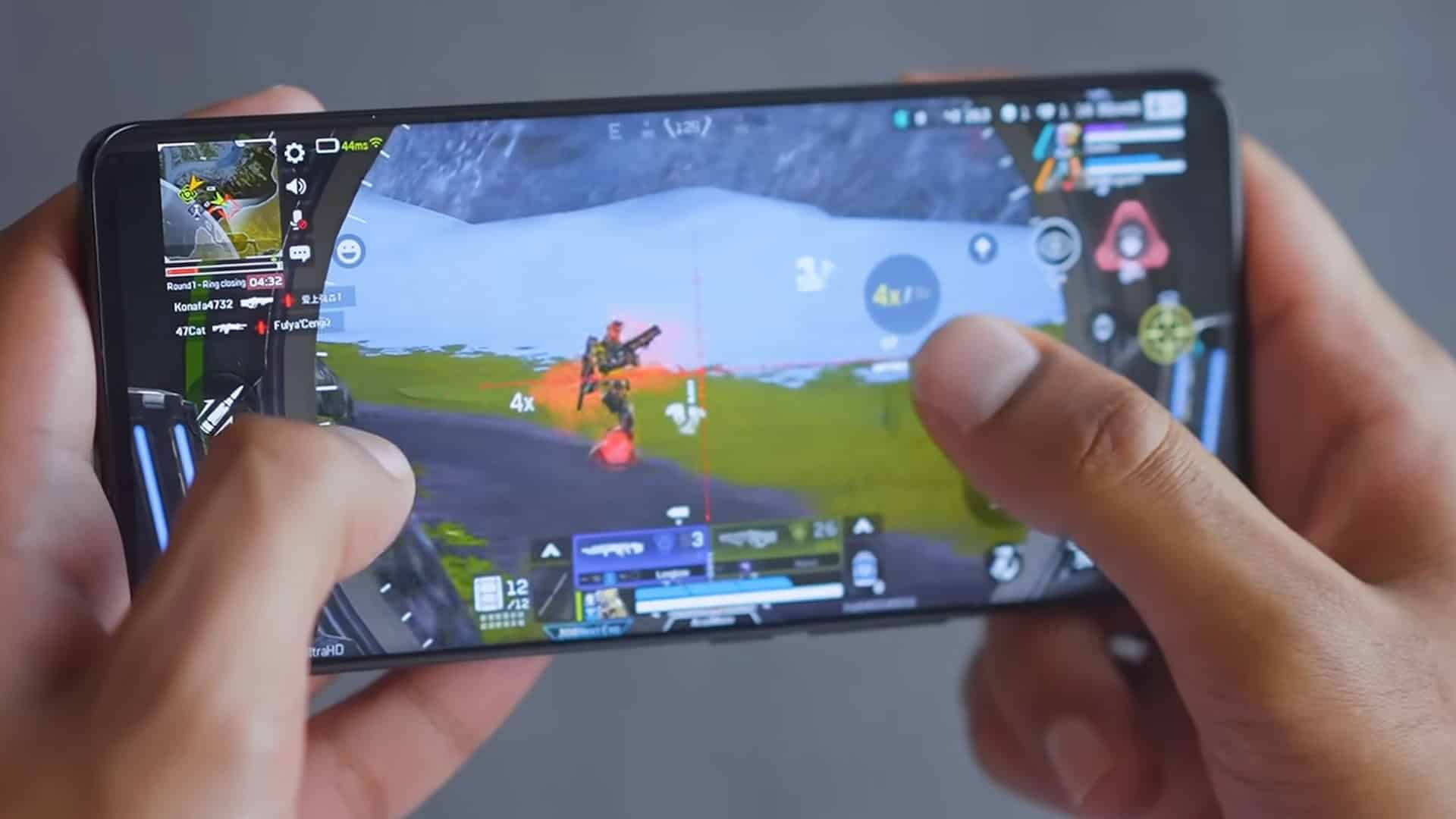 This new Xiaomi phone, like its predecessor, scored very well in our brightness test. It’s brighter than the 12 Pro and on par with the iPhone 13 Pro Max and Vivo X80 Pro. Only Samsung’s own S22 Ultra can put out more nits, some 200 of them. Meanwhile, the 500ish nits in manual operation are the norm on a modern-day flagship phone, with only the iPhone allowing significantly higher brightness at the top end of its slider. 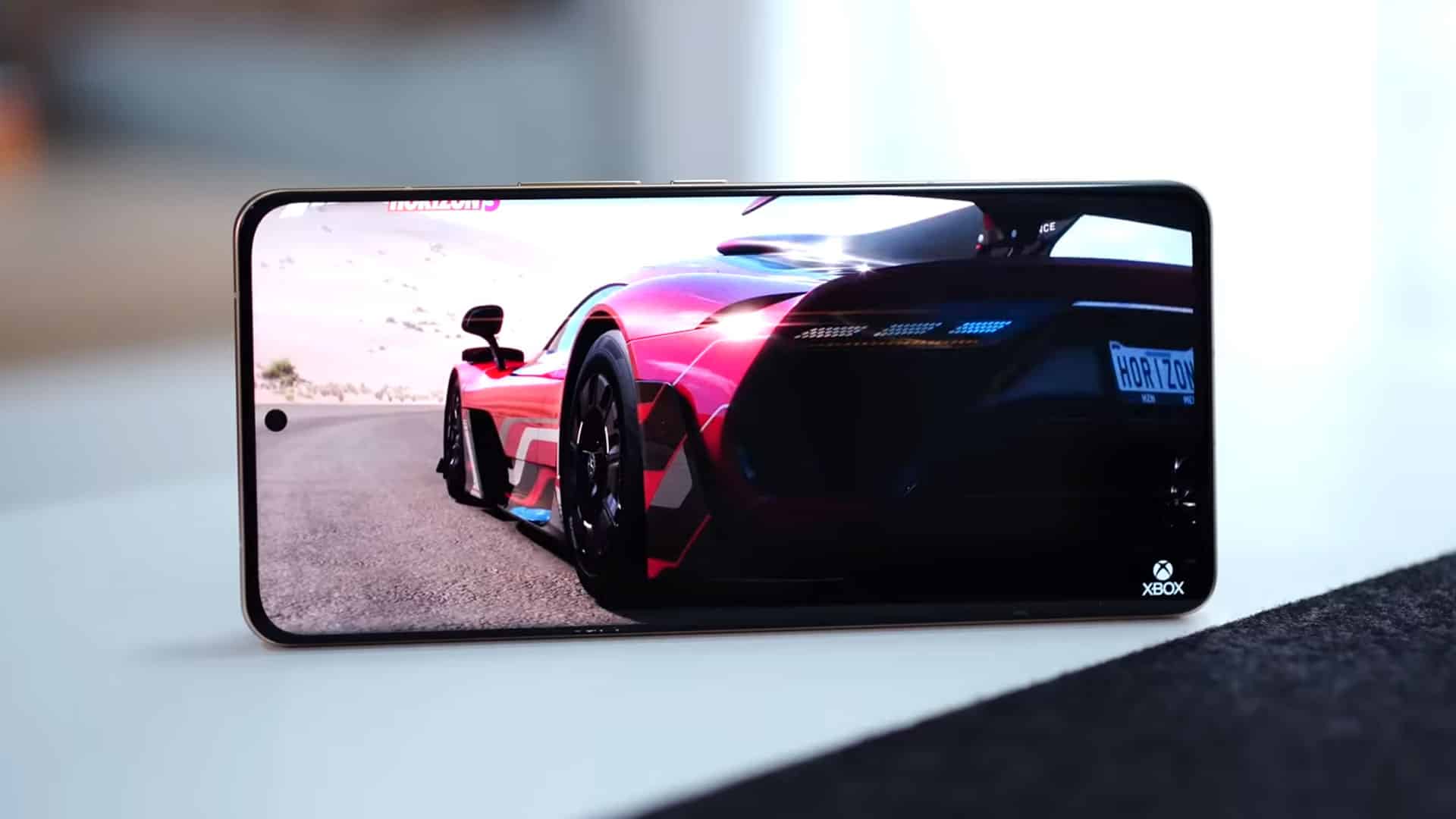 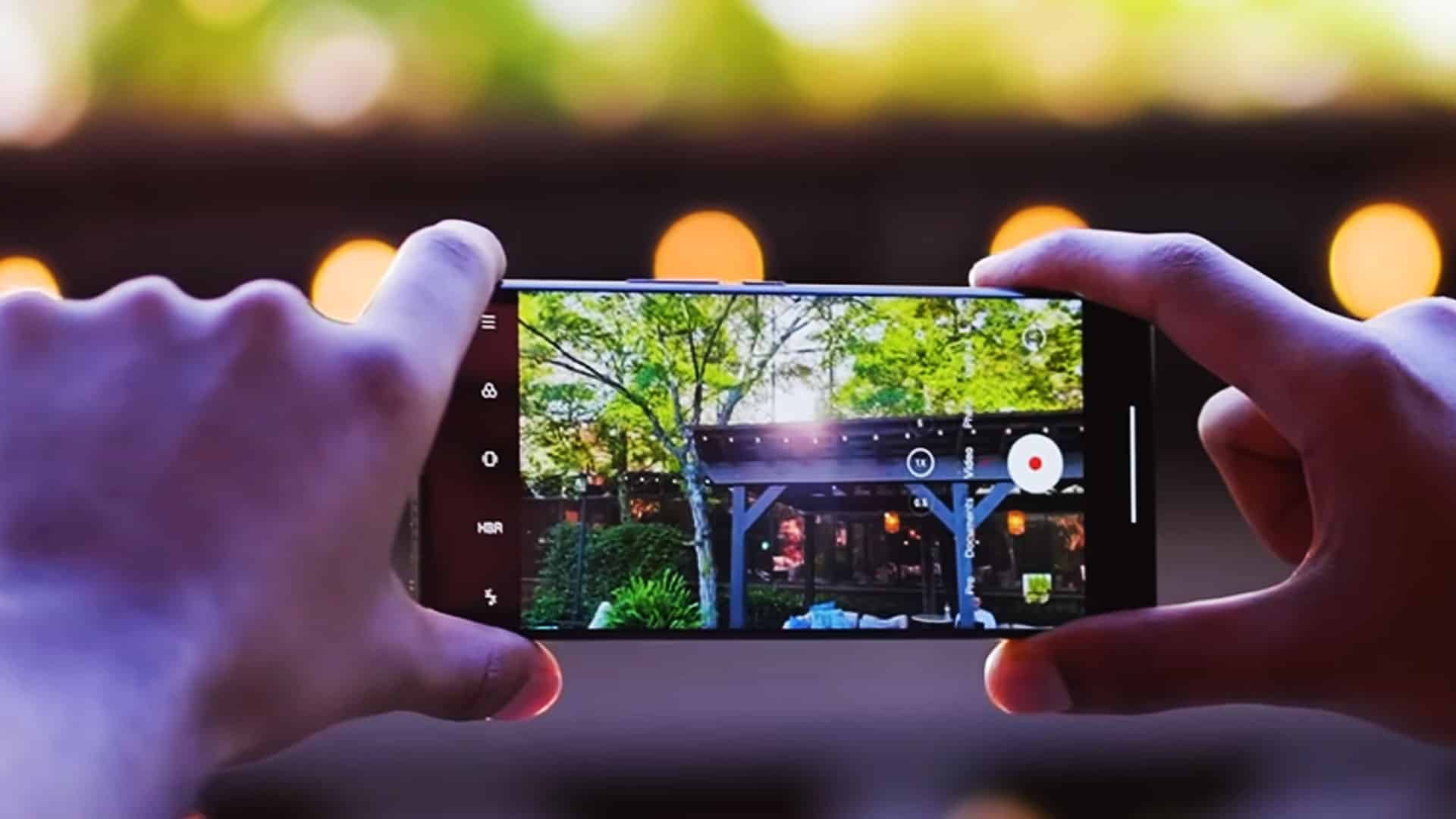 In front of the sensor, Xiaomi has placed an 8-element lens with aspherical elements and stabilization. There is a 23mm equivalent focal length lens and an f/1.9 aperture. The Xiaomi 12S Ultra review for the other two rear cameras shows these are carried over from the Mi 11 Ultra. The hardware is still impressive even today. An IMX586 takes care of image capture (48MP, 1/2-inch, Quad Bayer), while a stabilized telephoto periscope is defined as covering a 120mm field of view and having an f/4.1 aperture. A back autofocus camera provides a 128-degree panorama and has an f/2.2 aperture.

The camera app is the same as on other phones from this brand. However, the color scheme is red because of Leica’s collaboration with the firm. You can also pick between two modes, one based on the Vibrant and another on Authentic processing. After you’re past the welcome screen, you can switch back and forth between these modes as much as you like without restarting. There’s also an AI toggle that lets you adjust camera settings based on object recognition software instead of relying on manual settings. 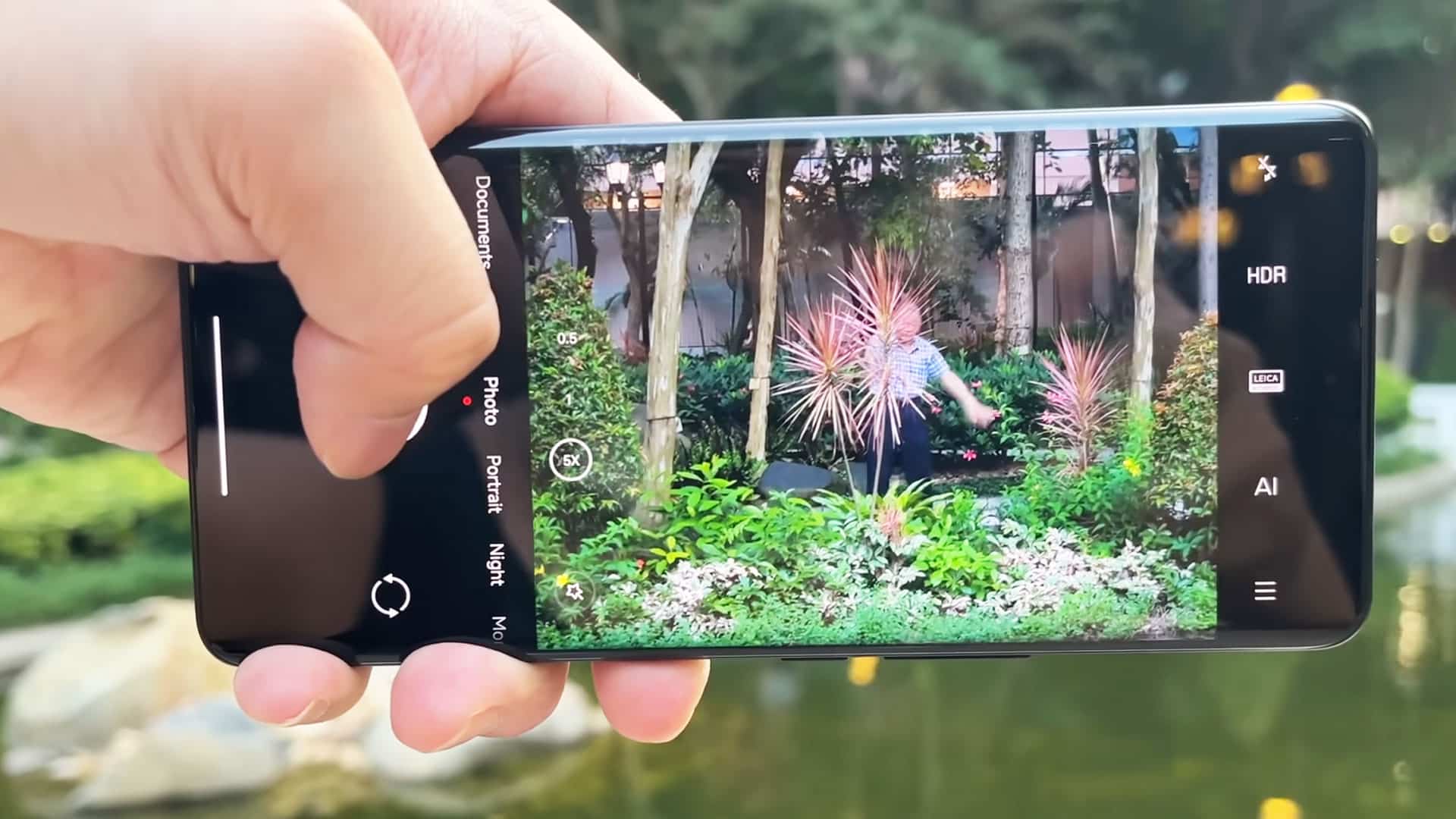 At the near end of the camera app, you have a zoom switch to take you from ultra-wide, primary, and 5x zoom prospects. You can also tap on the active magnification to reveal even more zoom options: 2x, 10x, and 120x. In Pro mode, you can adjust the shooting parameters yourself. You can choose one of four white balance presets. Also, you can control the light temperature with a slider. There is a manual focusing slider with shutter speed and ISO control. It has ranges depending on which camera you’re using.

The camera’s dynamic range is excellent. According to the Xiaomi 12S Ultra review for photography, it does a good job preserving highlights and shades. You will like the results straight out of the camera, but if you don’t, playing around with your favorite photo editing software can lift your shadows without much detriment to quality. 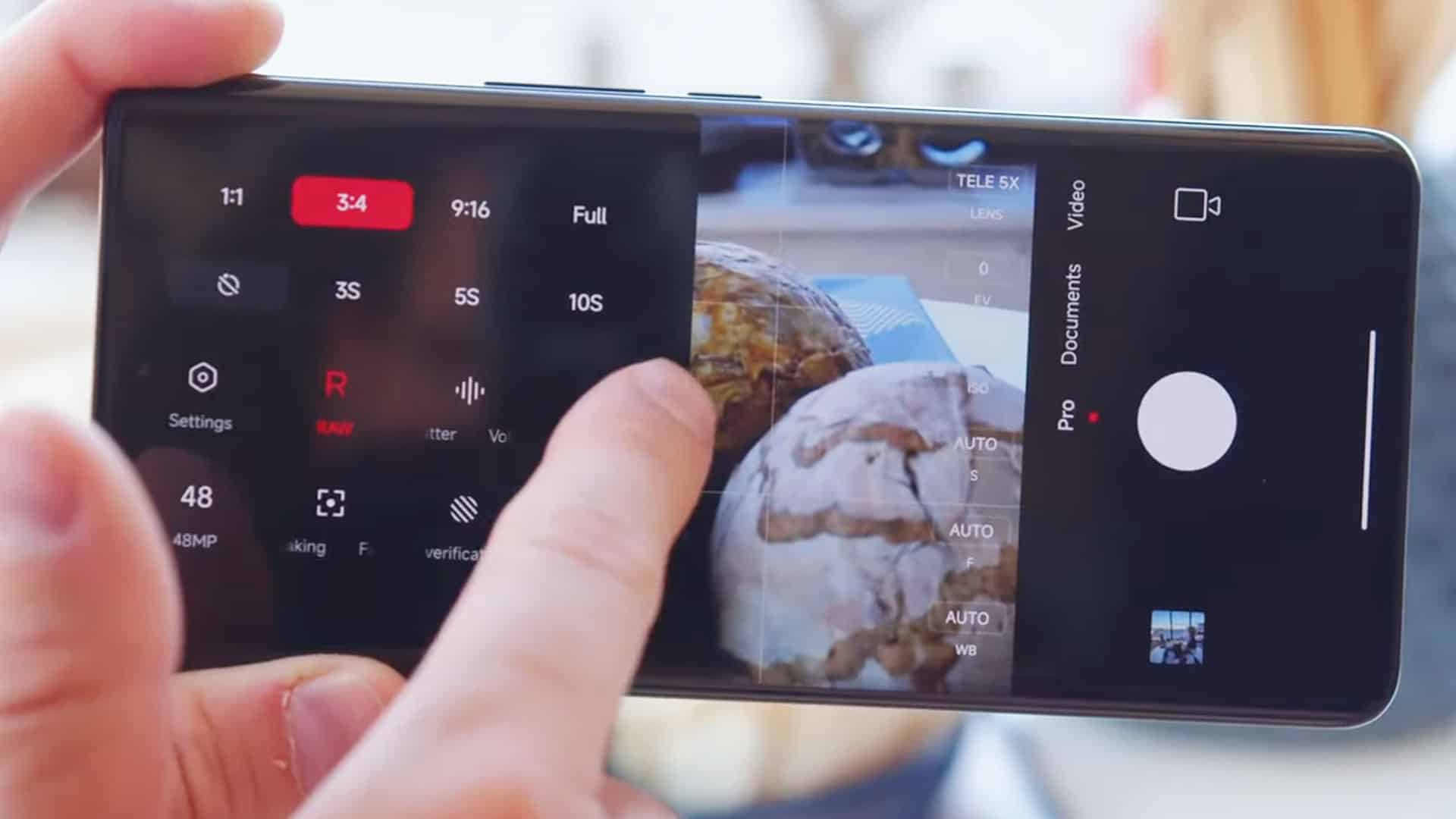 We certainly expect Ultra fans to know a thing or two about at least basic post-processing. The hardware on this new Ultrawide camera is essentially the same as its predecessor. That said, there’s one rather notable difference. This Leica camera phone has a narrower field of view, and it’s a result of more bold software distortion correction. 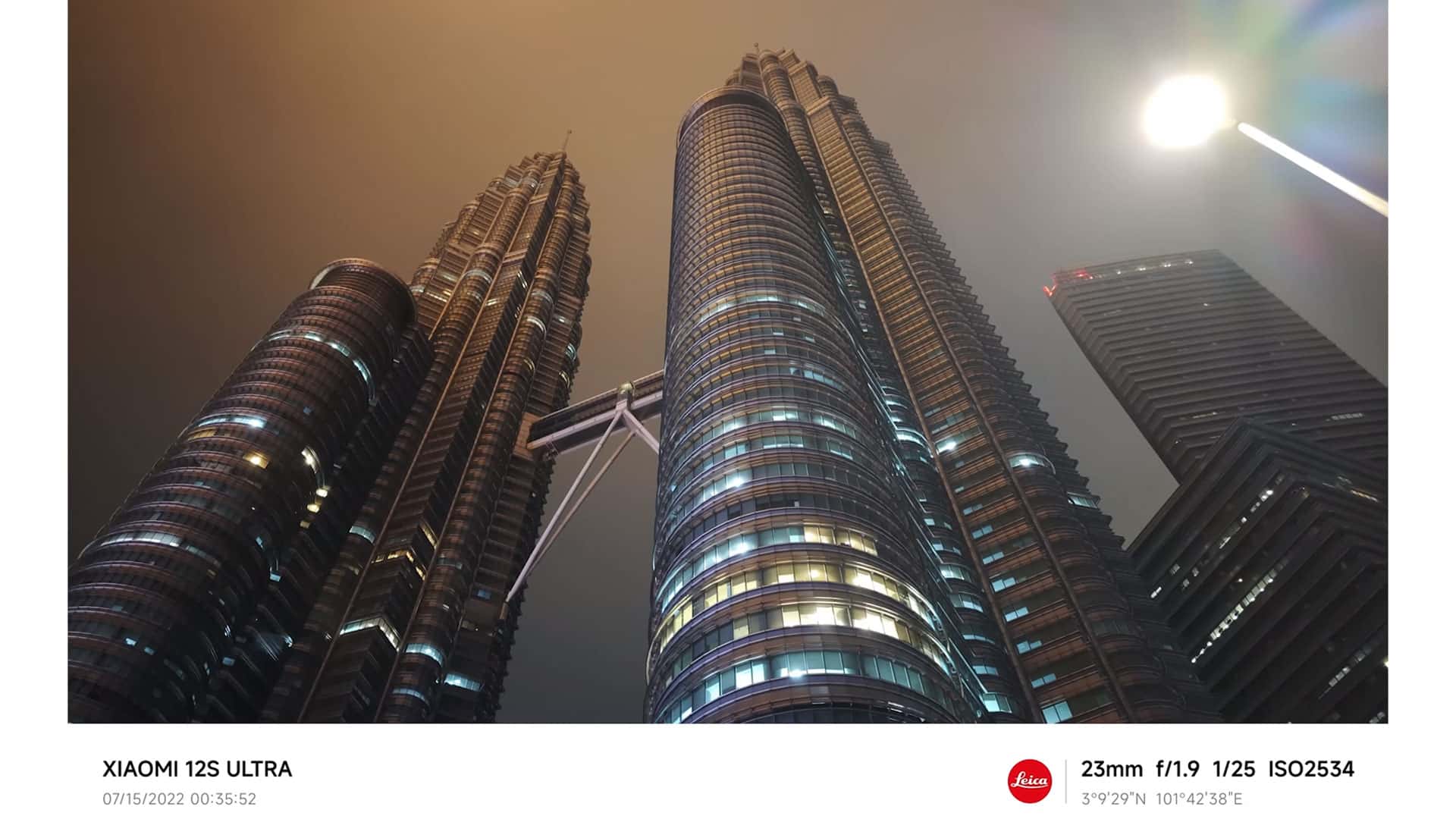 Selfies from the 12S Ultra are at 32MP resolution, which is too much for our liking. Still, these photos have exact and well-processed details—even at 1x magnification, the point is still there. It is better downscaling them to 12MP. Xiaomi’s new 12S Ultra smartphone can record video up to 8K24 with all three back cameras. There are also 4K30 and 4K60 modes. You can pick between the H.264 codec (default setting) and the H.265. Always-on stabilization is also functional.

Surprisingly, Leica partnered goliath camera phone is only freely available on AliExpress. The Xiaomi 12S Ultra price is US $1,099. It has a silicone case, a sim ejector pin, a manual, and a 67W charger.

The Xiaomi 12S Ultra review asserts the unbeatable 50MP triple rear camera setup with HyperOIS and laser focus performance. Partnered with Leica, Xiaomi has succeeded in outperforming other professional camera phones. However, there is still room for improvement because of night shots and some high magnification issues. Still, it records the highest resolution videos best for vloggers or producers. No other phone comes close too. The relatively close to $1,100 price is highly recommendable for the flagship speakers, display, gaming performance, camera, and other features.

Nothing Launches Nothing Phone 1 Without Invite Code Purchase Now Available