The first-ever smartphone from Nothing—a new company headed by Former OnePlus co-founder Carl Pei—has much to do with what’s NOT on the phone. There are no bezels. No branding or logos, even. There’s no denying it. The Nothing Phone 1 review shows it is a bit of a gimmick. A bunch of LEDs that light up when you get a notification automatically? Definitely gimmicky. But I wouldn’t have been able to stop looking at them even if I wanted to. The Phone 1 uses over 900 LEDs on the back to notify when something happens. The Nothing Phone 1 has a unique style. It’s pricey, but you get what you pay for. 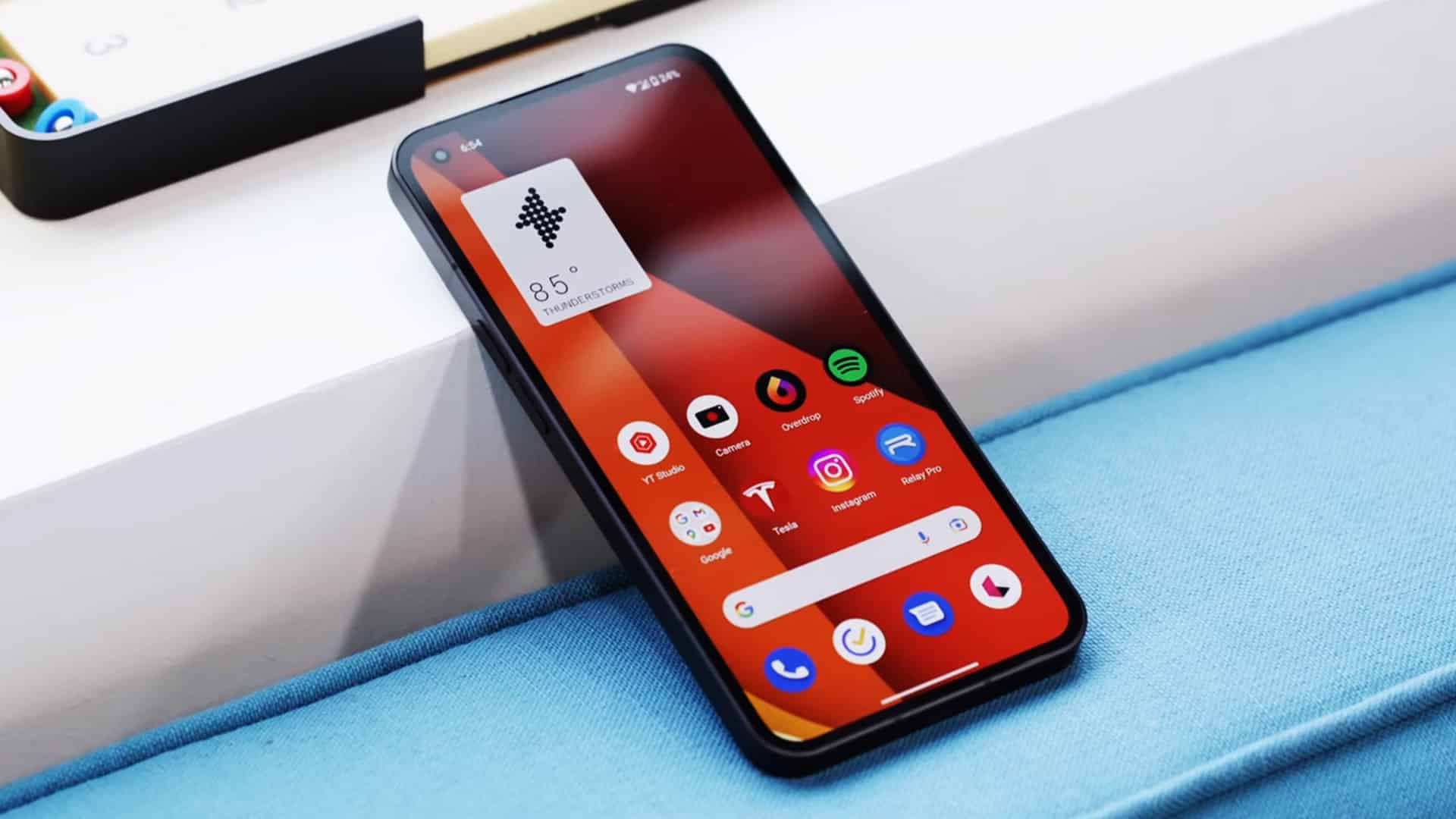 Let’s take a look at the features of this phone. It is rare for a first generation of smartphones to be nearly perfect, but here we are with the Nothing Phone (1). This phone is the first release from Nothing, which was founded by Carl Pei of OnePlus. Last year, the company also released Ear 1 wireless earbuds.

Buy Nothing Phone (1) on Amazon

Buy Nothing Phone (1) on AliExpress

Buy Nothing Ear 1 on Amazon

The Nothing Phone 1 Review

This is the first smartphone from the company started by Carl Pei, a cofounder of OnePlus. But it really stands out from his previous phones: that’s because it has a set of color-shifting LEDs around the camera. It’s called “Glyph Interface,” and it can be used to display notifications as they arrive. They’re also used as a flash when you’re shooting pictures in low light. It’s a respectable size—not too big, not too small—with flat edges that make it easy to hold.

The Nothing Phone Display and Performance

There’s the exceptional 6.55-inch OLED display. It’s sharp and gets plenty bright enough to clearly see on sunny summer days. It also has a 120-Hz adaptive refresh rate, which makes every interaction with the phone feel smooth, like a knife through soft butter. The Nothing Phone 1 review shows it is great for games like Dead Cells and Alto’s Odyssey, while it can handle more heavy titles like Genshin Impact. And at no point did I question the phone’s performance, as it never got warm or slow when running demanding apps. 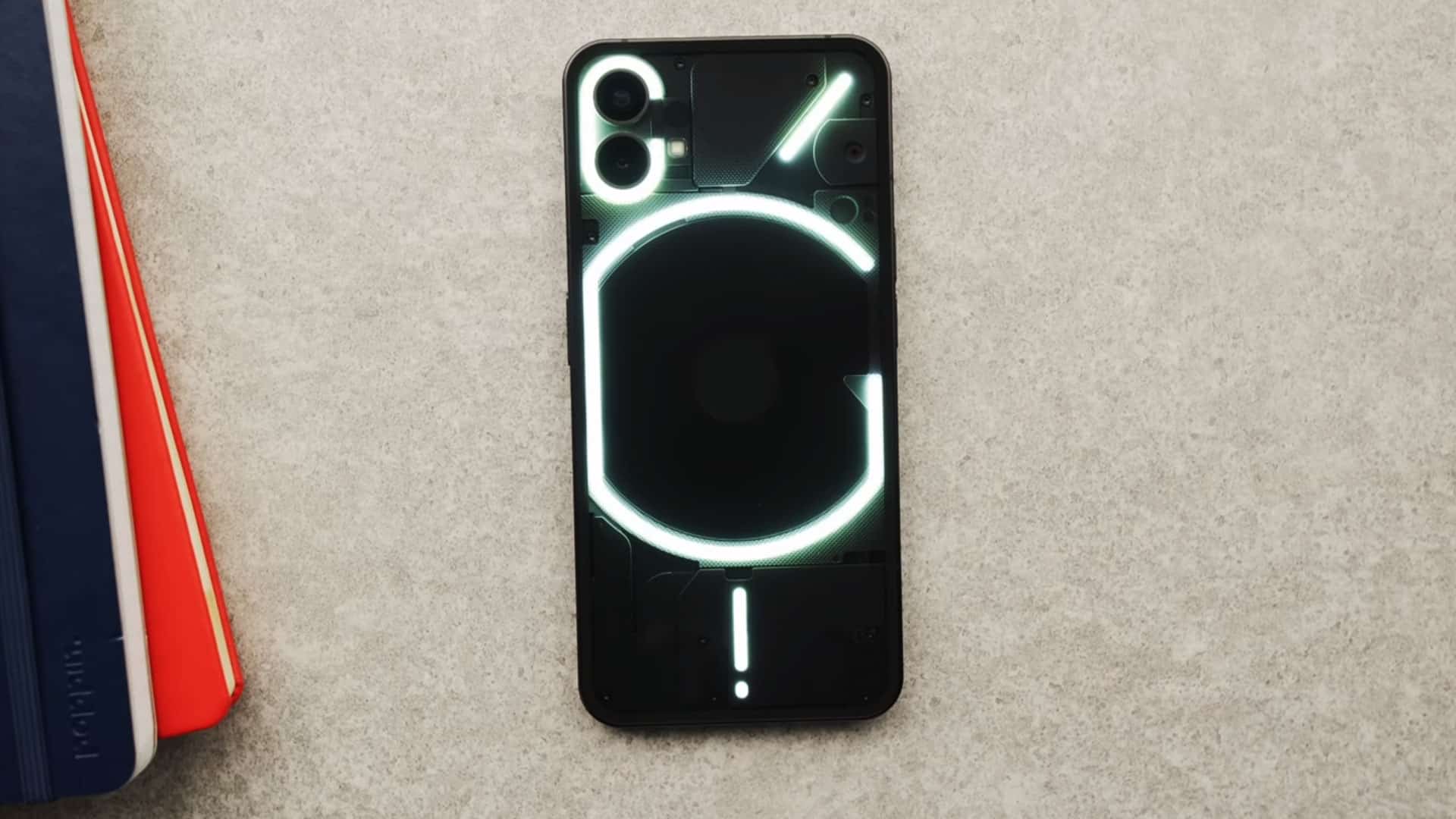 The Nothing Phone 1 has excellent performance. The midrange Qualcomm Snapdragon 778G+ chip with 8 GB of RAM is powerful, and there is enough room for your favorite apps as well! Dead Cells and Alto’s Odyssey run super fast and never lag. Other heavy games like Genshin Impact performed well enough for a full day of gaming. You don’t have to worry about the Nothing Phone 1 getting uncomfortably warm either. 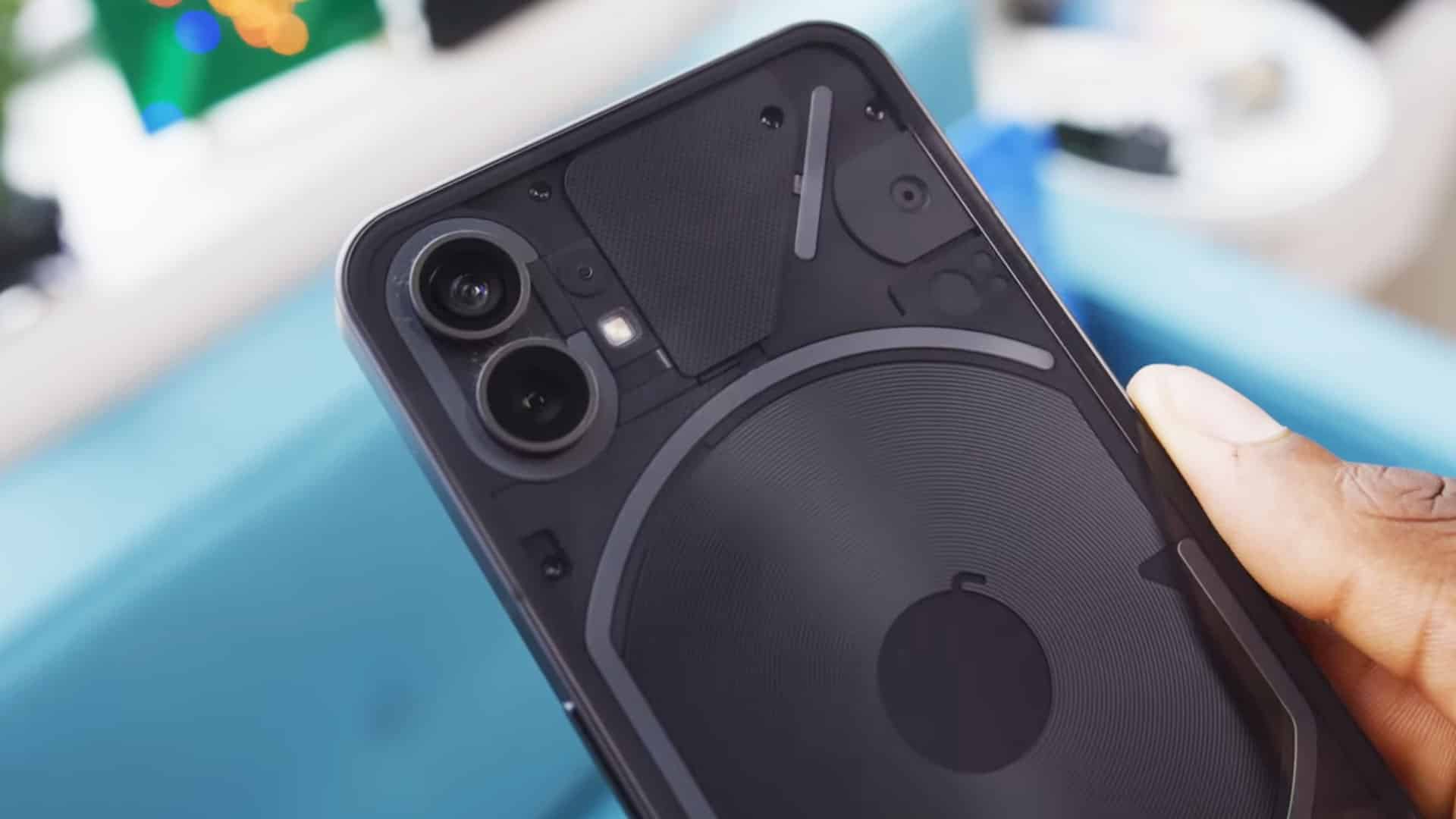 The Nothing Phone One is the first smartphone that lets you focus on what’s important. No design, no specs, no processing power, and no price tag! But this phone includes all of the important perks: wireless charging, reverse wireless charging to juice up your wireless earbuds in a pinch, NFC for contactless payments, a wonderful haptic motor for gentle vibrations, and Gorilla Glass 5 protecting the front and back. There’s an in-display fingerprint sensor I’ve found to be quite reliable, and the dual stereo speakers sound great. 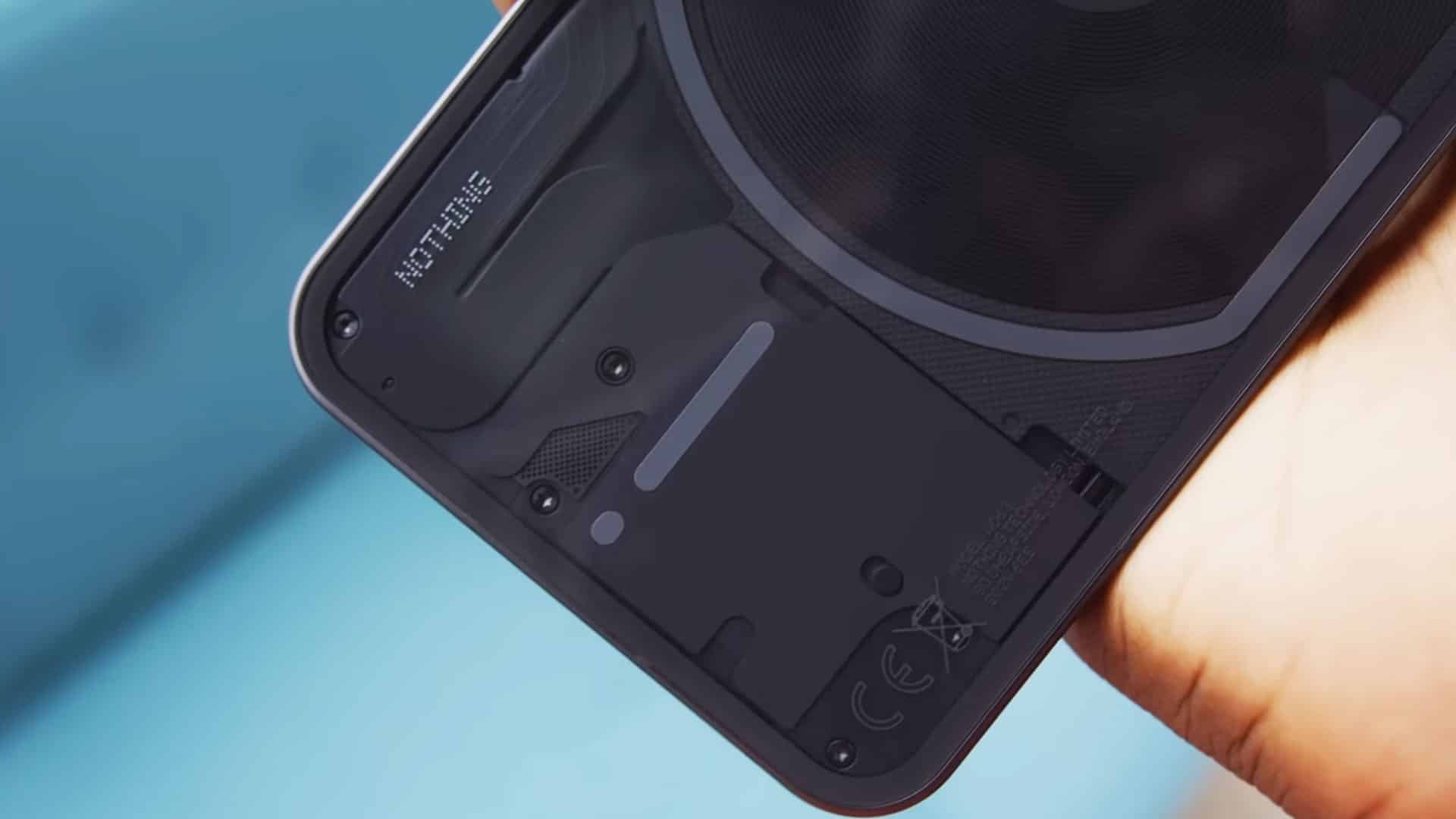 This smart phone is the best available at this price point. It’s not too different from stock Android, but the phone also ships with a set of attractive widgets. Usually, I ignore a phone manufacturer’s widget offerings because they’re ugly. Not these. Doing the Nothing Phone 1 review, I’ve adorned my home screen with widgets for a clock, the weather, and a panel to control Ear 1 wireless earbuds when they’re connected. And while a simple, uncluttered software interface is important, software updates are equally crucial. This phone offers three OS upgrades and four years of security patches (better than Galaxy phones). 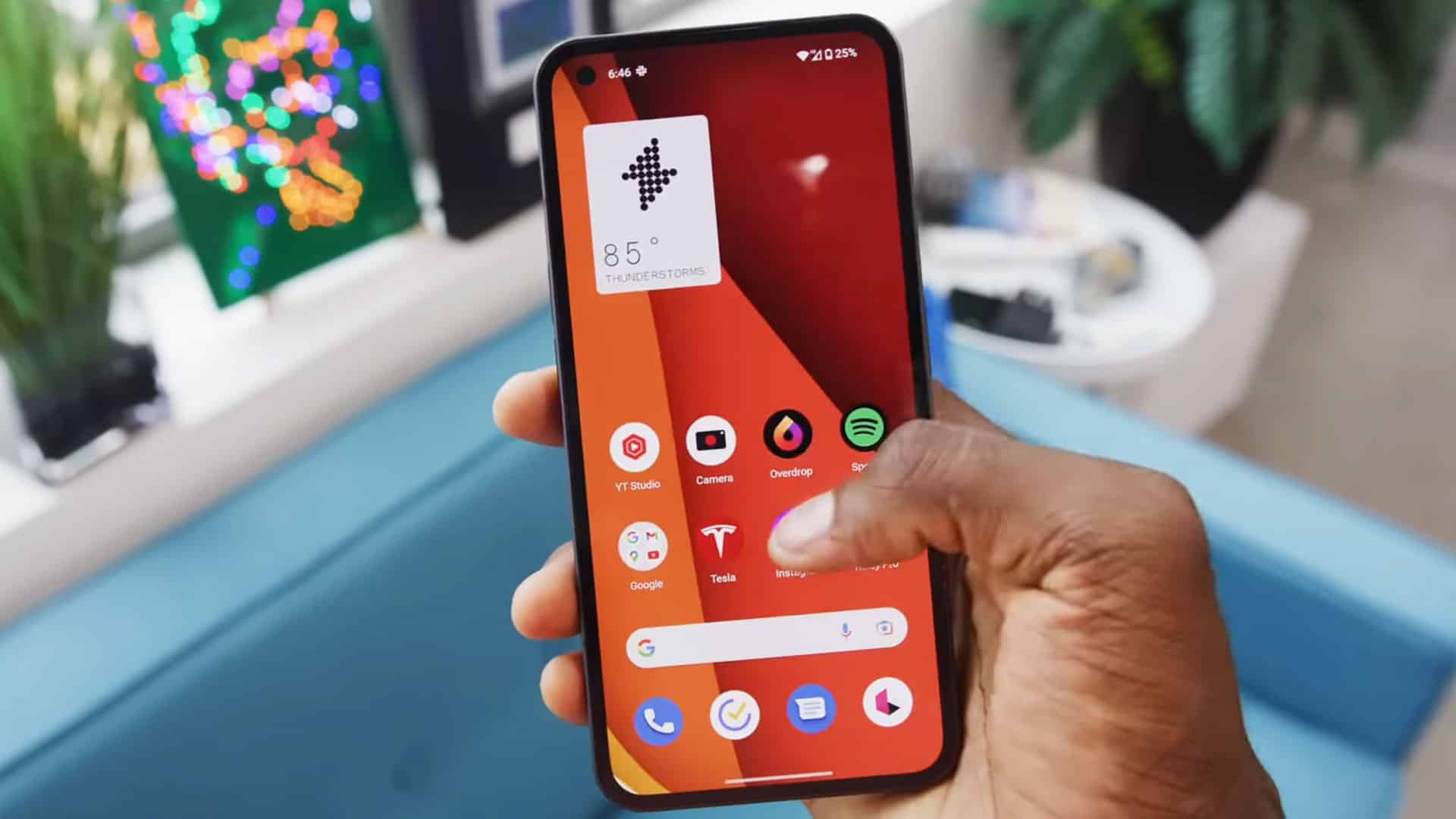 The Nothing Phone One comes with 900 LEDs that only lights up white and not in color. They’re not always illuminated, and instead, you can have them flash when you get incoming notifications and adjust the brightness. There are select light patterns, sounds customers can choose from, a Flip to Glyph mode (very much like Google’s Flip to Shh feature on Pixel phones), and more. 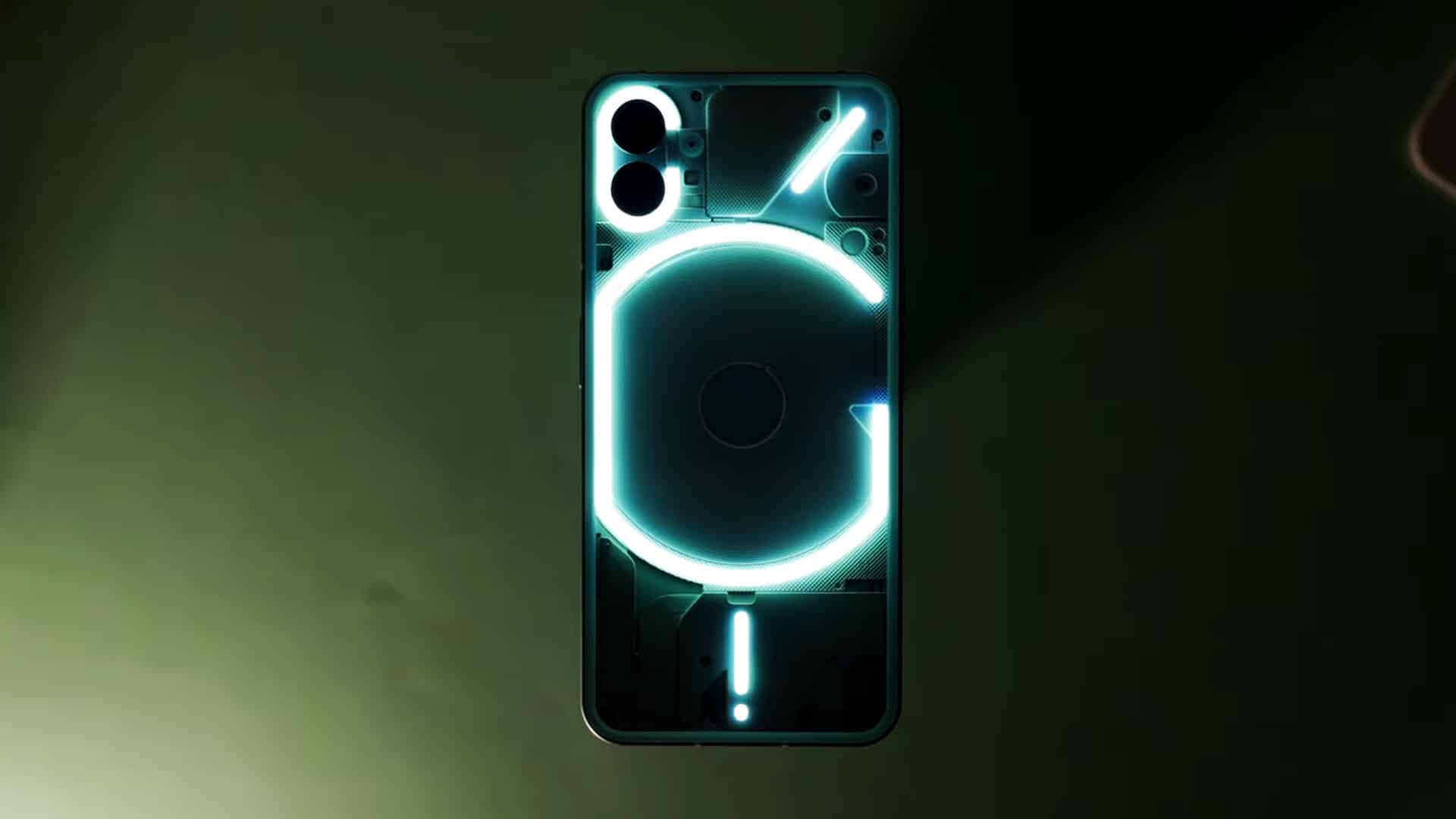 The Nothing Phone 1 review for using these LEDs with camera shows one more use in the camera app, where you can use it as a fill light when taking a low-light photo of a subject close-up instead of using flash. This is neat because a camera’s flash can often produce harsh lighting and darken the background too much. I like using the Nothing Phone for certain scenarios, like taking photos of my dog, but I’ve noticed it adversely affects skin tones and white balance.

The Nothing Phone One Camera

Speaking of the camera, I’m pleasantly surprised. Too often, you end up with mediocre camera systems on first-gen phones, but not here. Photos from the 50-MP main camera are colorful without being too saturated and detailed. Some of those details drop off as the sun starts to set, but Nothing’s night mode does a pretty good job at producing nighttime photos you’d want to share, even rivaling images from Google’s Pixel 5A. (The same can’t be said of the 50-MP ultrawide, which didn’t do all that great a job in daylight.) 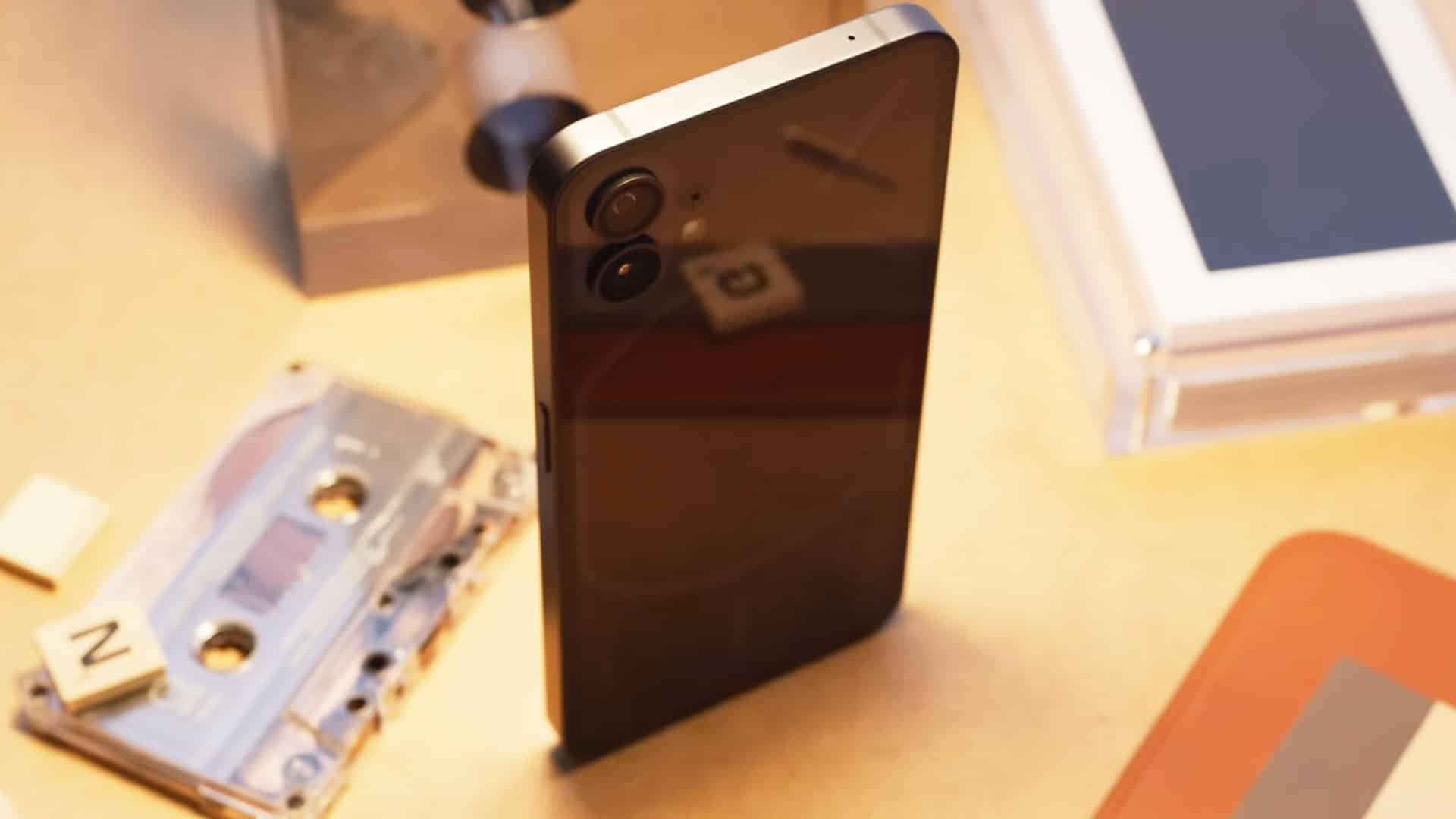 Yep, it’s pretty unique. And the Nothing phone looks great. But I do have a few concerns about those 900 LEDs: what if one of them burns out? With the rear design comprised of more than 400 components, I don’t expect this device to be super repairable, but it’s nice to see the company use 100 percent recycled aluminum for the frame and ensure that more than 50 percent of the plastics in the device are made from bio-based or post-consumer recycled materials.

Price and Availability with Climax

The Nothing Phone is available starting July 21 in what seems like every country except the US. That’s a shame because the rest of the world outside America has so many good phones in this price category. We could really use a Nothing phone here.

The phone is US$472, not including the adapter to work with wireless charging pads (which may be included). PRICE IS EVERYTHING these days, and the Nothing Phone starts at £399, or roughly US$472, putting it in league with the Google Pixel 5A (plus the upcoming Pixel 6A), Samsung Galaxy A53, and other devices from Xiaomi, Poco, and OnePlus. For the money, you’re getting mostly high-end smartphone specs, which is the same tactic OnePlus employed back in the good old days.

Buy Nothing Phone (1) on AliExpress

Buy Nothing Phone (1) on Amazon

Buy Nothing Ear 1 on Amazon

Xiaomi 12S Ultra Not the Only One with Ultimate Sony IMX989