Nowadays, notebooks and tablet computers have become the main office equipment for most people. After all, the current hardware performance is relatively strong. At the same time, the body design is also very thin and light, and it is very portable. It is indeed suitable for business people. However, these devices also have a problem that cannot be ignored, that is, the number of interfaces on the body is usually limited. When you want to use multiple peripherals, you can only rely on the expansion dock to help. Recently Yottamaster launched an SO6-C3 9 in 1 Type C Docking Station with NVMe Enclosure and found that only one interface is needed to greatly improve office efficiency.

The packaging box of the product is relatively small and beautiful. You can see the appearance of the product on the front. It is also marked with Multifunction HUB, supports 10Gbps Fast Speed, and M.2 NVMe SSD Enclosure compatible with 2230/2242/2260/2280 NVMe SSDs.supports 100W charging 4K@60Hz HDMI display output, and the highest theoretical rate can reach 10Gbps, etc. On the back side of the box is the specific interface introduction and production information.

In addition, the product accessories are also very rich. High-speed data cables, screwdrivers, fixing screws, and thermal grease are all available. Users can use them directly after they get them, without preparing anything else. The accessories in the box include:

This Yottamaster SO6-C3 9 in 1 Type C Docking Station still continues the advantages of sufficient materials and fine workmanship that Yottamaster has always adhered to. The whole body is made of aluminum alloy. The principle of the radiator used is similar, and the heat dissipation efficiency can be improved by increasing the effective heat dissipation area to ensure that the fuselage can always be at a suitable temperature when in use.

The length, width, and height of the fuselage are 138.5mm, 73mm, and 16mm respectively, which is roughly equivalent to two iPhone 8s stacked together. Although the volume is not large, it is not particularly small, and it is more suitable for carrying in a bag. Due to the sufficient material used in the fuselage, the docking station itself still has a certain weight, which is roughly equivalent to the weight of a mobile phone.

Yottamaster SO6-C3 9 in 1 Type C Docking Station can expand a Type-C interface to three USB-A interfaces with a speed of 10Gbps, an HDMI interface, a 3.5mm headphone jack, a Type-C interface that supports data transmission and power supply, A Gigabit Ethernet port and a set of SD card and TF card slots, and the expansion dock itself is also an M.2 NVMe solid-state drive box. It can be seen that even if your computer has only one Type-C interface, you can easily meet most of the peripheral expansion needs with the help of Yottamaster’s docking station.

After installing the hard drive, don’t forget to cover it with thermally conductive silica gel. The heat dissipation effect is quite good after matching with the aluminum alloy body of the expansion dock.

For me, the most important function of this docking station is HDMI output. Many tablet computers and ultra-thin notebooks are not equipped with video output interfaces. If you want to use an external monitor, you must use other peripherals to achieve it. Yottamaster’s docking station supports up to 4K60Hz output, which is enough to meet the video output needs of most people, and there is no need to connect external power to the docking station when using it, just plug it in for a stable connection.

The extended headphone jack is also very useful, especially when connecting the docking station to the mobile phone, it can connect peripherals such as the keyboard and mouse U disk without affecting the listening to songs. 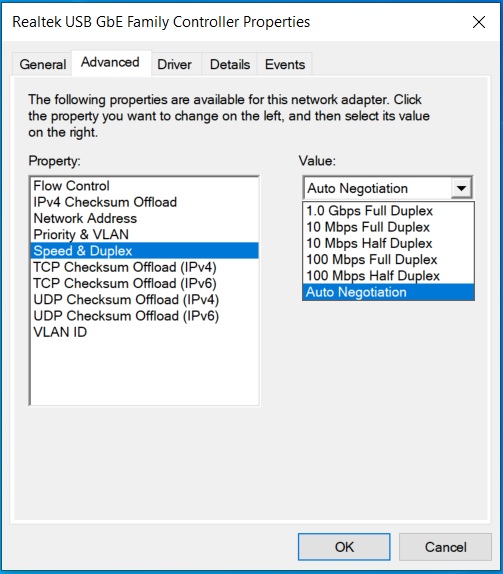 After checking, you can see that the network cable interface of the Yottamaster SO6-C3 docking station has indeed reached the gigabit level. At present, many families have used the gigabit networks, but due to the limitation of network cards, many notebooks and tablet computers cannot make full use of network bandwidth. Now, with the assistance of Yottamaster, the network experience can be improved. Get a small boost. 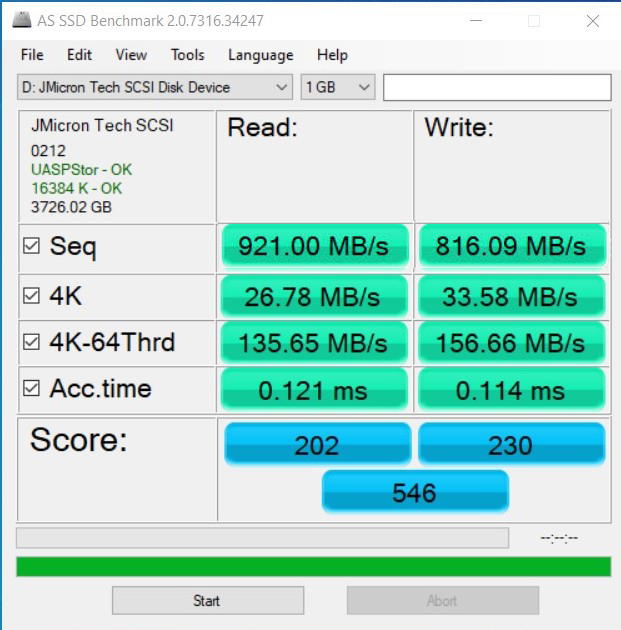 Let’s take a look at the performance of the expansion dock as an M.2 NVMe solid-state drive box. It is equipped with Sabrent Rocket Q 4TB SSD. After the AS SSD Benchmark test, the continuous reading speed has reached 921MB/s, and the continuous writing speed has reached 816MB/ s, such a speed performance can be regarded as a very good level in the current M.2 NVMe SSD Enclosure market.

The Yottamaster SO6-C3 docking station supports a theoretical transfer rate of 10Gbps, but the host is limited by the factor of the U disk device. The measured read and write transfer rates can only reach 559.71MB/s and 439.44MB/s. When transferring large files It will wait a little longer, and transferring small files does not have much impact.

The built-in SD/TF socket also adds convenience in terms of user experience, because the laptop itself does not have an SD card port. In the past, when reading the SD card, you needed to use a card reader to insert the USB interface for data reading. Now it has been expanded. The dock is more convenient to use.

There is also a GJ45 Gigabit network interface on the side edge of the docking station. Although the application environment of the network port is relatively small, after all, the wireless connection is much more convenient, but sometimes the landlord uses only the network cable and no WiFi is available. At this time, the network port The value of it is reflected, and the wired network port connection is also more stable in terms of use.

Users who have used thin and light laptops will find that most of the current thin and light notebooks have canceled the 3.5mm audio interface, which is not very convenient for users who are used to using wired headphones. It is also very thoughtful to set up a 3.5mm audio port, which is very practical in some scenarios where wired headphones are required. After all, one more interface adds another function, in case you need it.

The Yottamaster SO6-C3 docking station is also equipped with an HDMI interface that supports 4K@60Hz, which adds convenience to users who need an external display.

After this period of use, the Yottamaster SO6-C3 9 in 1 Type C Docking Station can meet my current application needs. The design is more practical when going out, you can bring one less storage device, and it is more convenient to carry. The Type-C port and USB 3.1 interface of the docking station can reach the transmission rate of 10Gbps, which can meet most of the daily use requirements. Compared with the old HUB extender, it is a qualitative improvement. It supports 100W power charging, which can meet the charging and battery life requirements of most laptops on the market.

Originally, it was very inconvenient to take a tablet computer to go out. Although the portability is good, there are too few interfaces, which makes it very uncomfortable to use, and also has a great impact on work efficiency. However, with the assistance of the Yottamaster SO6-C3 docking station, the keyboard, mouse, and headset can be connected, and the Gigabit Internet speed is also used, and the small screen can be instantly expanded into a large screen, plus the experience of high-speed mobile solid-state drives.

It can be said that in addition to the small size, this docking station of Yottamaster is still relatively perfect. The functions are rich and comprehensive, and the body texture and heat dissipation control are also very good. Are you going to try it?