In recent years, semiconductor media, abbreviated as SSD, have clearly become cheaper. Thus, they are no longer reserved only for a small group of enthusiasts, but also for mere mortals. They also go to older laptops and desktops, giving them a new lease of life. TEAMGROUP launches T-FORCE VULCAN Z SATA SSD for the next-generation gaming experience. They offer speeds of up to 550 MB/s and 500 MB/s, TRIM, ECC, and SMART optimization commands in capacities ranging from 240 GB to 2 TB.

SSDs over HDD offer higher read and write speeds and lower access times. Thus, the system, games, and applications load in the blink of an eye, significantly improving the comfort of working on the computer. M.2 PCIe carriers are becoming more and more popular in PCs, but classic 2.5 “solutions are also appearing. The most recent of them is the Taiwanese offer aimed at gamers.

For many years, global memory supplier TEAMGROUP ‘s gaming sub-brand, T-FORCE, has released a full range of SSDs to meet the diverse needs of gamers. Today, a new generation of T-FORCE VULCAN Z SATA SSD has been announced, which brings a faster and smoother gaming experience and is the best choice for those who are upgrading their SATA storage device from HDD to SSD for games. 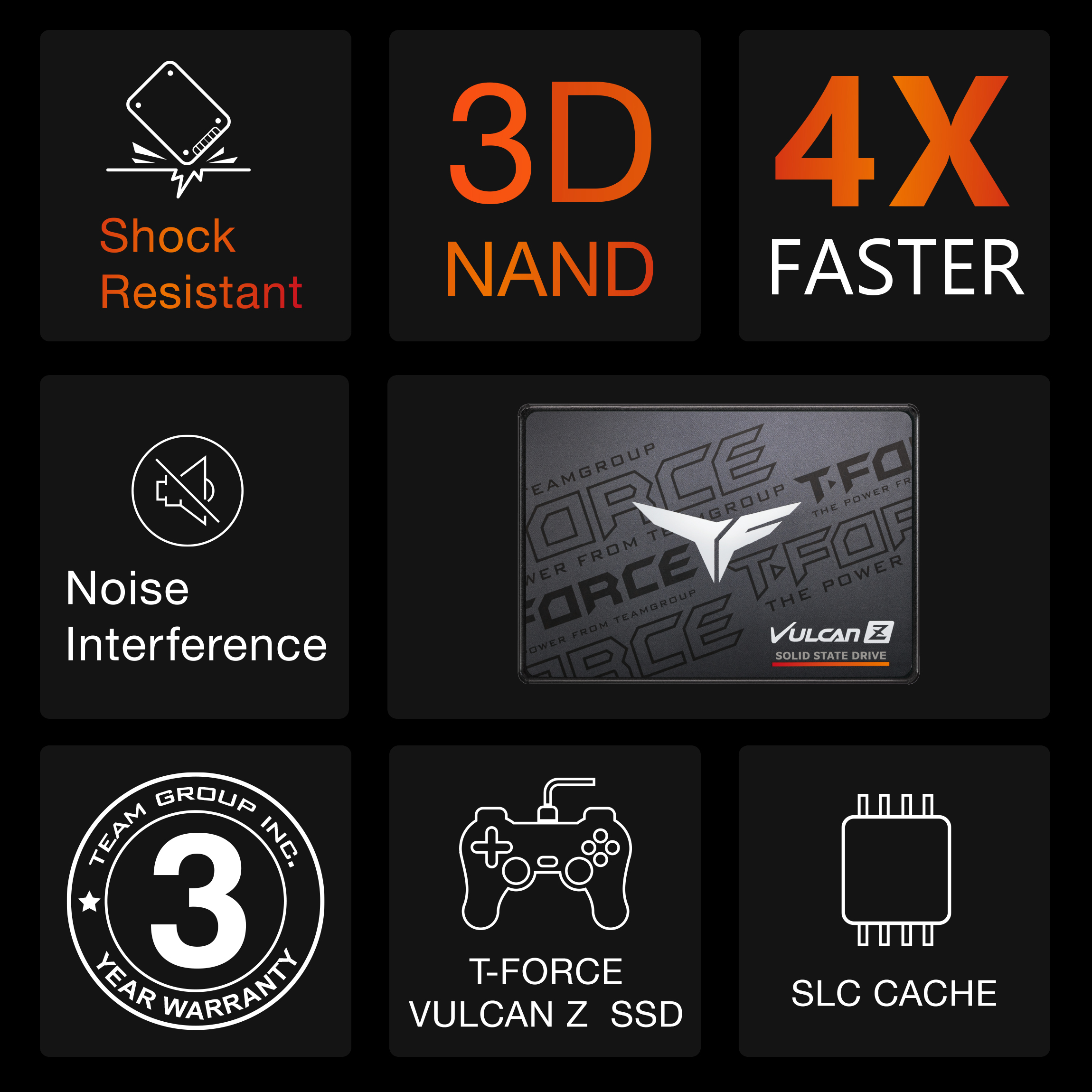 The T-FORCE VULCAN Z SATA SSD featured 3D TLC flash memory chips. They offer smooth read speeds of up to 550MB/s and write speeds of up to 500MB/s. Transfer performance is four times that of the traditional hard drives. Which gives upgrading users a whole new gaming experience. TeamGroup T-FORCE Vulcan Z is a new series of SSDs in the 2.5 “standard using the SATA III interface. These devices have dimensions of 100 x 70 x 7 millimeters and weigh 45 grams. We are dealing here with 3D TLC NAND memories and the undefined controller. 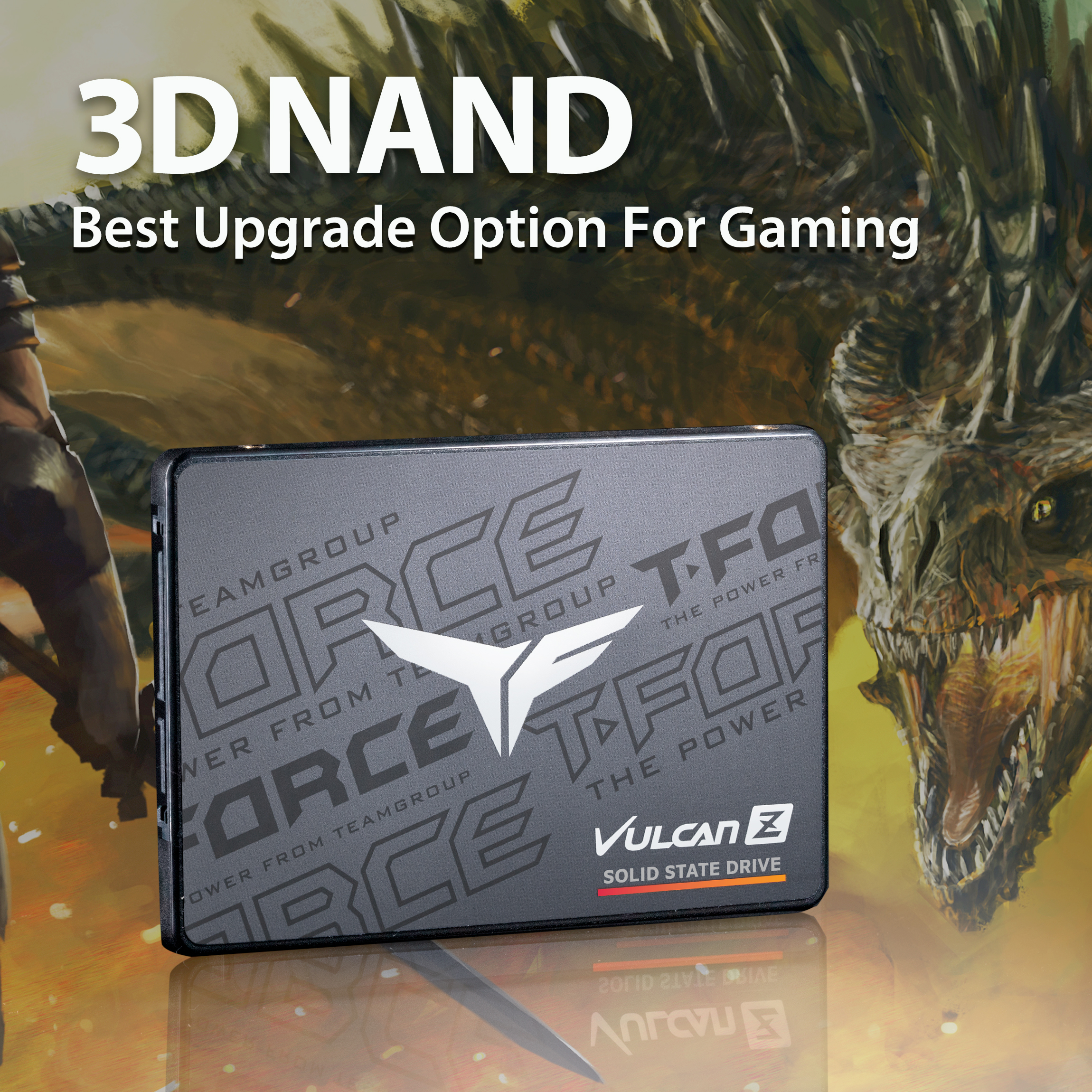 T-FORCE VULCAN Z SATA SSD comes in capacities ranging from 240GB to 2TB, giving consumers plenty of options for expansion. As well as being gamers’ companions on the virtual battlefield, the SSD sports a low-profile matte black design with the distinctive T-FORCE logo on top. Perfect for gamers looking for a sleek PC build with a dark look. 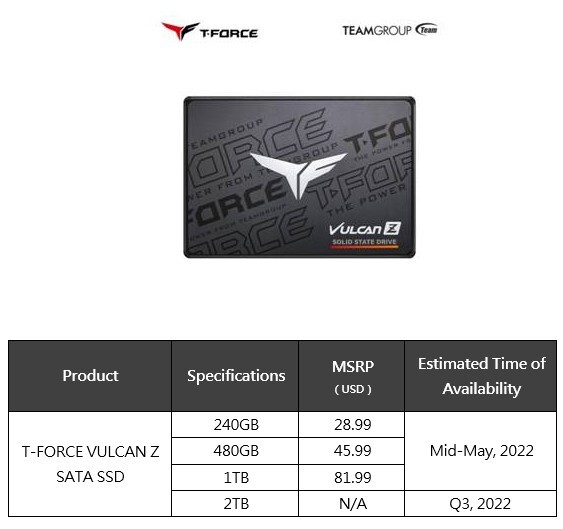 It will be available worldwide in mid-May 2022, therefore for gamers looking to upgrade their storage solutions. Be sure to stay up to date with the latest news from the TEAMGROUP official website and Social Media.