Fengmi, the Chinese subsidiary of Appotronics, is on the market in China since January 2022. Its first ultra-short-throw projector is equipped with an ALPD 4.0 triple laser (RGB) light source: the Fengmi Formovie T1 Projector.

Competitor of Hisense PX1-Pro, Samsung LSP9T, Vava Chroma, is the brand’s first model to be equipped with a Bowers & Wilkins sound system. This includes two 70mm fiberglass bass/midrange drivers and two 20mm titanium tweeters. The set has a power of 2 x 15 W and a Dolby MS12 decoder which offers discreet sound modes specially tuned by the manufacturer. 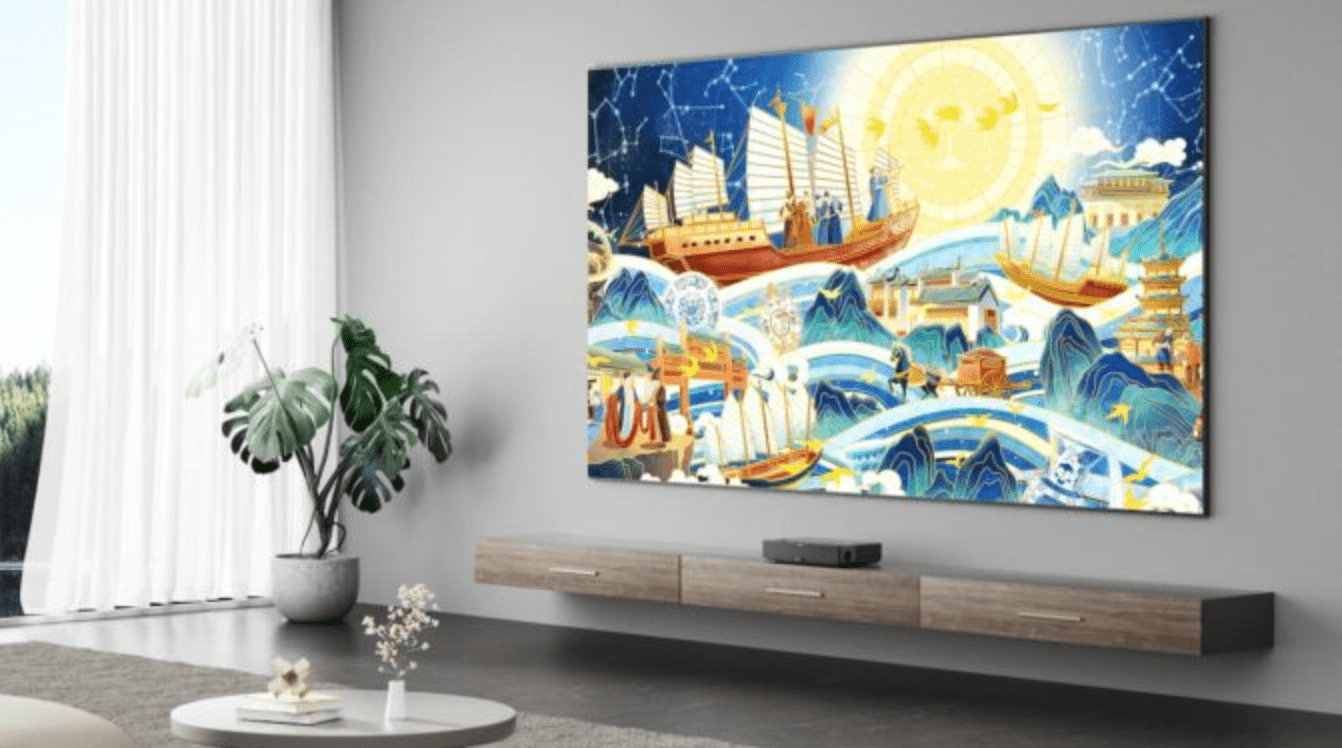 Apart from this particular sound feature, which is a first for this type of projector. It is above all the image that interests us, and the presence of an ALPD 4.0 laser, therefore with three Red, Green, and Blue laser diodes for RGB, should allow T1 to reach 100% of Gamut Rec.2020 with a power of 2800 lumens and a native contrast of 3000:1 (laser life announced at 20,000 hours). 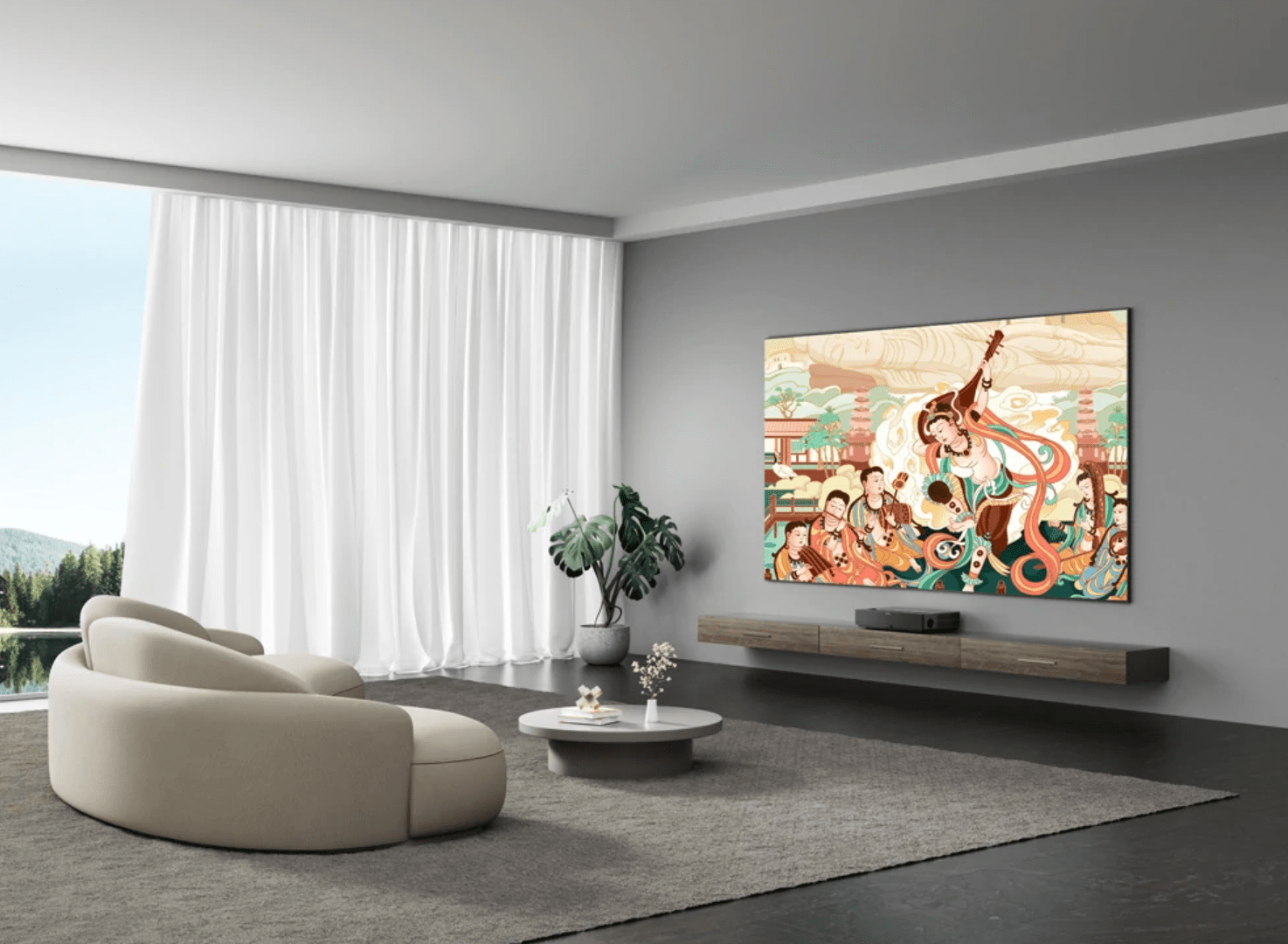 Dolby Vision compatibility is present with the Xiaomi laser cinema 2, but Fengmi adds HDR-10+ dynamic metadata alongside the now “old-fashioned ” HDR-10 and HLG. Indeed, the top for the user is still the real-time management of HDR streams, made possible only with Dolby Vision and HDR-10+ sources.

For the rest, we are still in front of a compact device with an ultra-short focal length optical block (0.23:1 throw ratio). The DMD chip used is a 0.47 version with UHD simulation by XPR Pixel Shifting (X4) processing. The video processing of the Fengmi Formovie T1 Projector incorporates a smoothness aid MEMC available for SDR and HDR signals. 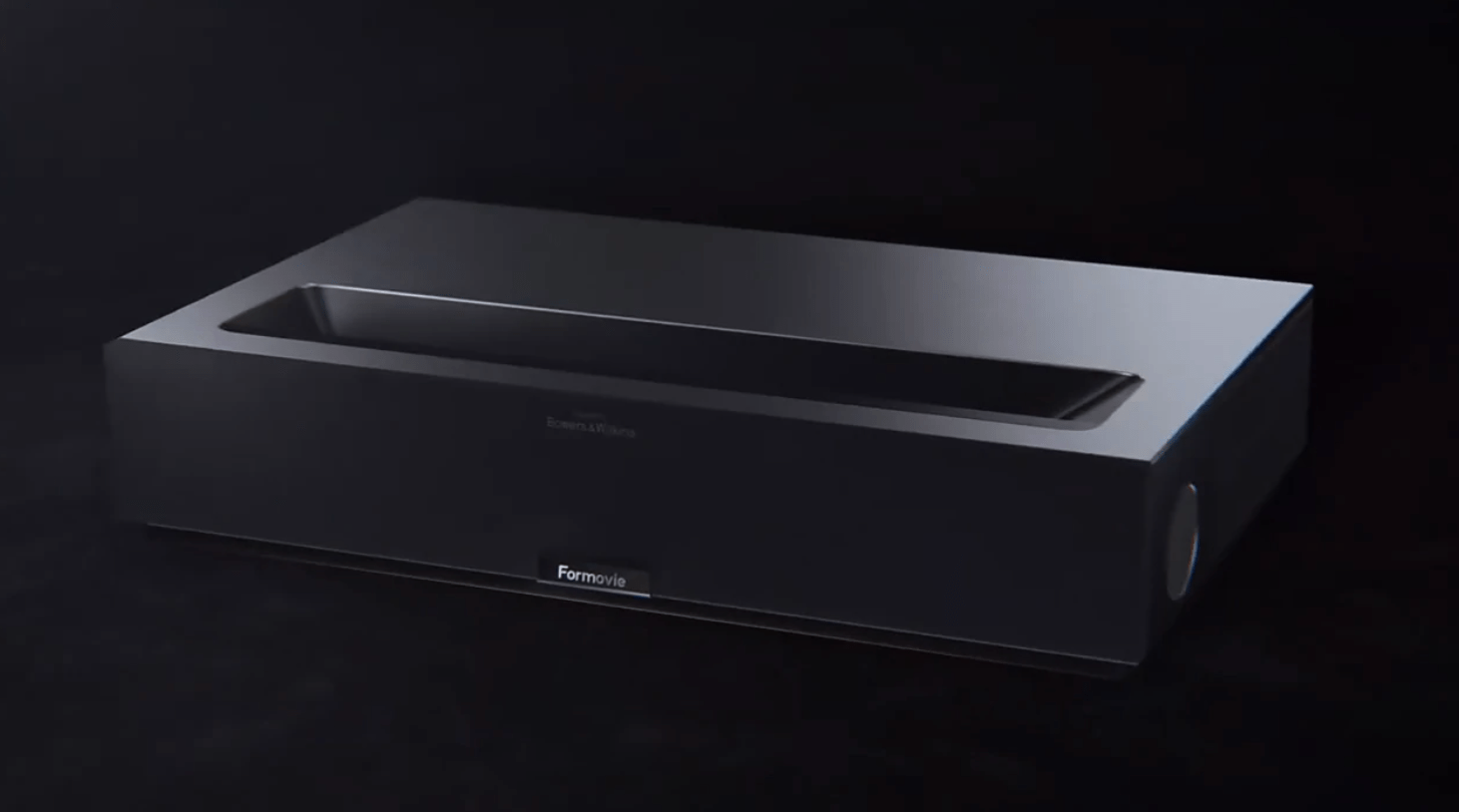 This race for performance and the escalation of equipment and technological innovations directly impact the price. Thus, the new Fengmi exceeds $2000, which is high for a similar import device with no local support.

I should soon offer you a complete test bench of this new spearhead from the Fengmi brand.