It was reported on May 26 that the Realme Q5 Pro opened the 618 Mid-Year Promotion: After adding coupons, the 8GB+128GB version will be available for only 1799 yuan, and the 8GB+256GB version will be available for 1999 yuan, which is the same price as the Realme GT Neo2. Using the method of horizontal comparison, Qi Ji listed the differences between the two models, hoping to help you in your purchase. In the article, we will compare Realme GT Neo2 and Realme Q5 Pro smartphones; check below which will be more helpful.

In terms of performance configuration, the two models are the same: Snapdragon 870 + LPDDR4X + UFS3.1; the heat dissipation area, and VC liquid cooling area are the same, 17932mm and 4129mm, respectively. The only difference is that the Realme GT Neo2 offers a maximum of 12GB+256GB, and the Realme Q5Pro currently only provides a maximum of 8GB+256GB. For users with higher multitasking and performance requirements, the 12GB version is still a better choice, and there is nothing wrong with choosing the Realme GT Neo2 (12+256GB).

Both phones have a built-in 5000mAh battery, and the Realme Q5Pro supports up to 80W flash charging, which can be charged to 100% in as fast as 33 minutes. Realme GT Neo2 supports up to 65W wired fast charging, which can be charged 100% in as fast as 36 minutes. With the increase of short charging power, the user’s perception becomes less and less noticeable, and such a gap has little effect on ordinary users. Both mobile phones have built-in X-axis linear motors and three-dimensional dual lifts, and there is no noticeable gap in in-game experience.

The gap in the screen is also very small: both are 6.62-inch AMOLED centered single-hole straight screens, all based on Samsung E4 luminescent materials, so the parameters in all aspects are the same. If you have to say something different, the Realme GT Neo2 supports DC dimming and has a 600Hz touch reporting rate. Realme Q5Pro supports 16000-level dimming, 720Hz touch reporting rate, and 1000Hz instantaneous touch sampling rate. Apart from these points, other aspects are the same.

In terms of taking pictures, the primary camera sensor of Realme GT Neo2 is Samsung GW1, and the parameters are better than the ov64b of Realme Q5Pro. Due to product positioning, the back shell of Realme GT Neo2 is made of AG glass and supports multi-function NFC. The back shell of Realme Q5Pro is made of plastic material, and the chessboard design improves the appearance and recognition to a certain extent. Still, it does not support a multi-functional NFC.

The real me Q5Pro is about equal to the castrated and shelled version of the Realme GT Neo2, and then it is directly transferred to the lower-end Q series. Perhaps due to the rapid price reduction of the Snapdragon 870 model, the prices of the two mobile phones overlapped, which may not have been expected by the manufacturer. As for choosing the two models, I believe that after reading this article, everyone should have their ideas. 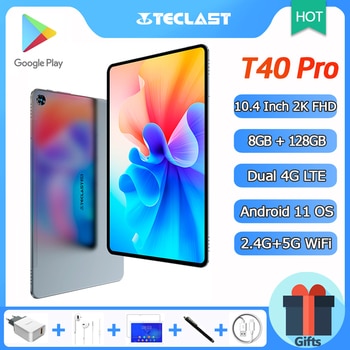