Longer Ray5 Laser Engraver is one of the wonderful engraving machines enriched with superior features. It is used for engraving metals that will be used for surface treatments. Engraver uses the thin and high-density laser for creating objects. Ray5 is the first-ever laser engraver with a built-in touch screen.

Ray5 Engraver is built with the inclusion of FAC laser technology. The engraver is equipped with a thin and high-density laser beam to generate high energy to deliver high engraving accuracy with super penetration. You can get output power of 5 watts – 5.5 watts from the laser module. 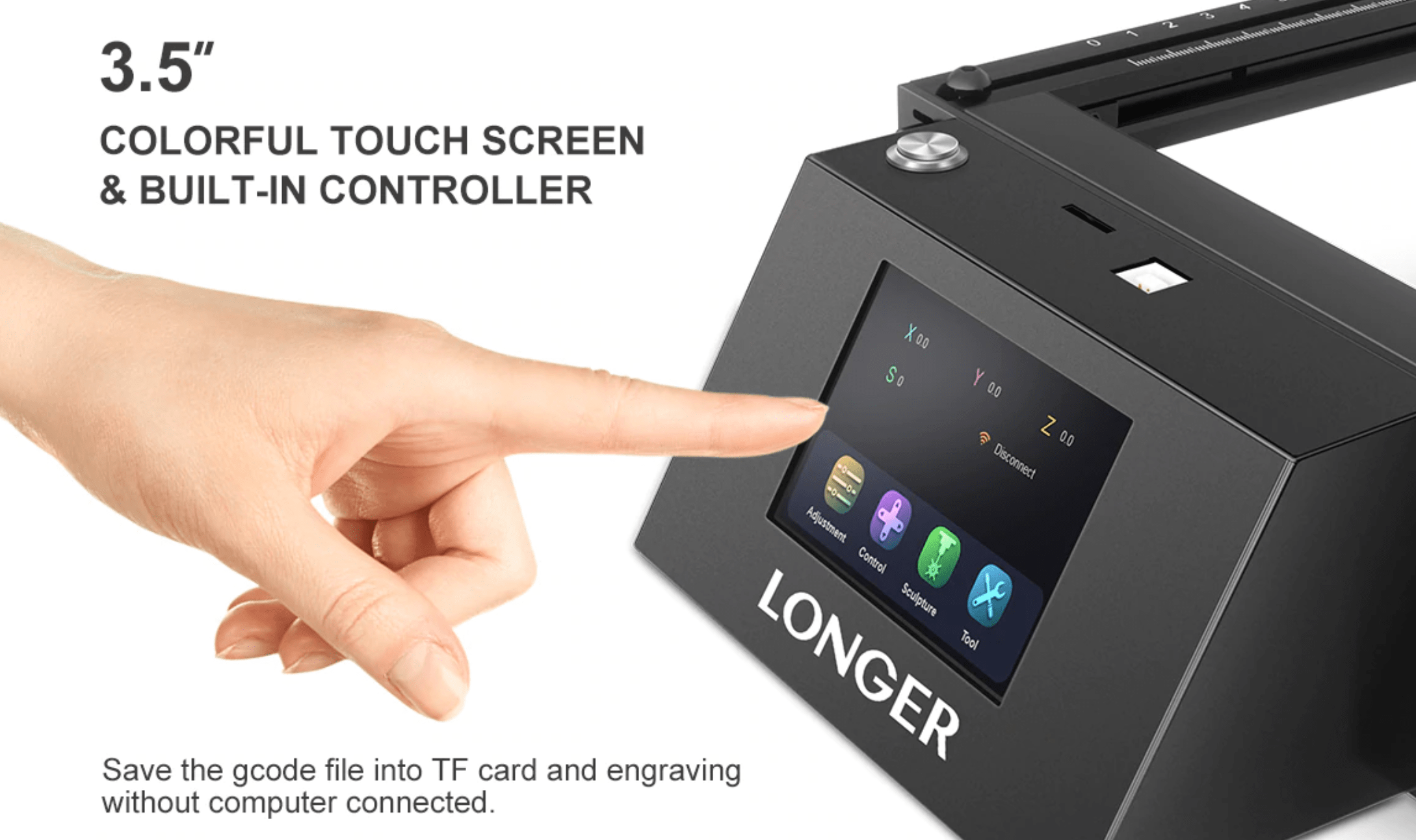 The engraving state is more stable? and you do not need to connect the computers. LONGER Provide a simple operation process so that the freshmen also could use it easier. Longer also will provide you a safe using condition, because there is no need to connect the wires all the time, and potential security risks are reduced.

Engraver has a large frame measured at 24 X 26,4 X 0.8 inches for engraving larger pieces. The material used for the building frame is metal. Ray5 has a built-in touch screen display embedded in the control box, making it possible to control the engraving process without taking the SD card. Engraver has been provided with a USB cable for a wired connection. The engraver can cut multiple pieces of plywood or images without using a computer to run it. 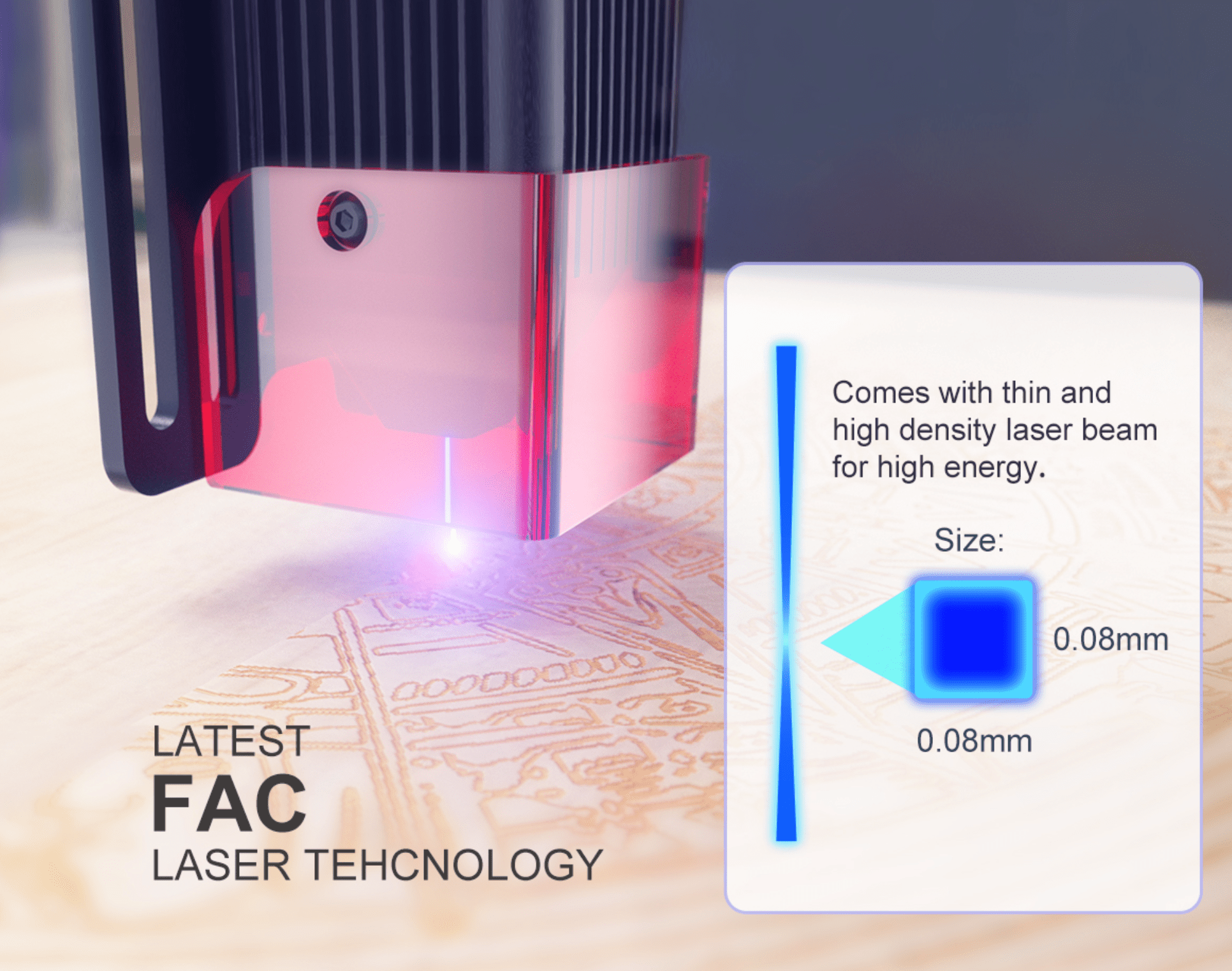 An engraver is built with a 32-bit motherboard to produce faster and smoother performance during engraving. The 32-bit chipset runs at 240 MHz, making it more powerful than the 8-bit chipset. You can control engraving or cut through an app or webpage by connecting engraves with Wifi.

Engraves comes with a power on and off switch function. The laser module comprises an acrylic cover that shields the light to protect your eyes. You can also perform offline functions without the need to connect computer. 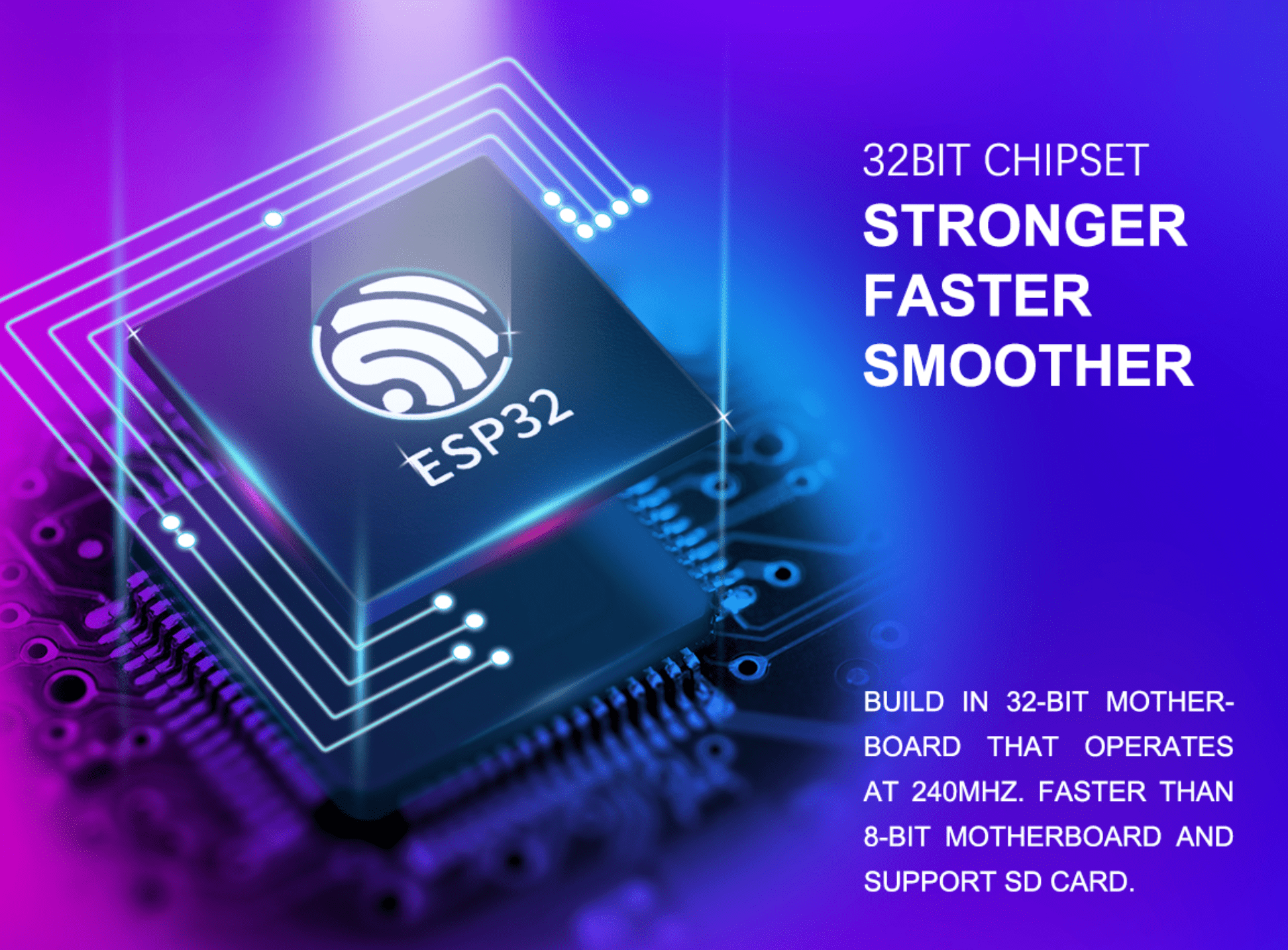 Ray5 Engraver is multi-purpose. You can easily replace the engraving head according to your own need and save money. This device is compatible with carving software such as LaserGRBL, Lightburn, Windows7+, Mac OS, and Linux and supports carving formats such as JPG, PNG, BMP, GIF, SVG, NC, GC, G-Code many more.