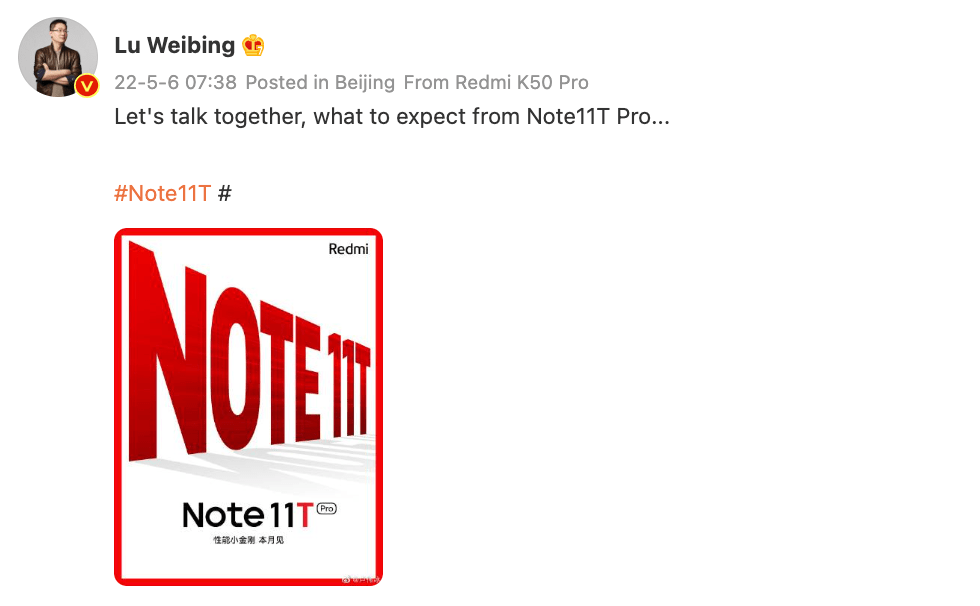 As far as we were heading to another series of Redmi Note series, the company has more to add to its Redmi Note 11T series. A few days back, Lu Weibing revealed the teaser of the smartphone. We get the model numbers in the teaser, i.e., 22041216C and 22041216UC for the Redmi Note 11T and Pro version.

According to the TENAA listing, the smartphones will arrive with 4980mAh and 4300mAh batteries. We will see the 6.6-inch AMOLED display and smartphone running on the latest Android 12 OS.

The smartphones have already passed the 3C certification. And also, according to the listing, we will get the 67W and 120W fast charging. So, now we are looking at some of the fast-charging smartphones on the market.