Mobile games keep getting more and more popular. Over the last couple of years, millions of new players have taken up the hobby of playing on the pocket-sized computer that they carry with them all the time.

There are several reasons for this, namely the fact that both major app stores each contain upwards of around a million different titles for gamers to choose from, catering to just about every imaginable taste. It’s not just about bigger numbers either, mobile gamers have access to significantly more genres than those playing on consoles like the PlayStation 5.

Many of the biggest AAA releases for consoles can be enjoyed on smartphones thanks to streaming platforms like Microsoft’s Xbox Cloud Gaming and Google Stadia. On top of that, they can enjoy other big titles like Fortnite, PUBG, Minecraft, Among Us, and Call of Duty, as well as casual and hyper-casual games like Mini Metro, Candy Crush, and Angry Birds.

Mobile users can also access a wide selection of casino games, either through a dedicated app or their web browser. The casino space is actually just as diverse as the rest of the mobile gaming market, with many different varieties of traditional card games like blackjack, rather than just a single option. This includes the original, premium, and live variants, each of which has its own unique features and qualities that appeal to different players.

On top of this extensive variety, the fact that almost everyone owns a smartphone means that they already have a gaming machine they can use, removing the need to go out of their way to buy one.

But while most of us will be happy to play games on whatever device we already have, some companies are cashing in on the growing craze by creating dedicated gaming phones. They’re mostly aimed at the same people that spend significant sums on powerful hardware for their computers so that they can enjoy all the latest AAA blockbusters with the graphics settings turned up to the max.

What Even is a Gaming Phone?

The gaming phone concept is one that closely mirrors the gaming computer idea. It contains the same hardware components as any mainstream smartphone, but in more powerful versions.

Most gaming phones also have borrowed heavily on the stylings of their PC counterparts, with lots of black with RGB-style accents, straight edges, and cooling fins. They also contain extra buttons, like you’d expect to find on a gaming mouse or keyboard.

And, exactly like a gaming PC, these specialist smartphones typically cost more than a mainstream alternative.

But does this make sense, or are dedicated gaming phones an overpriced gimmick? 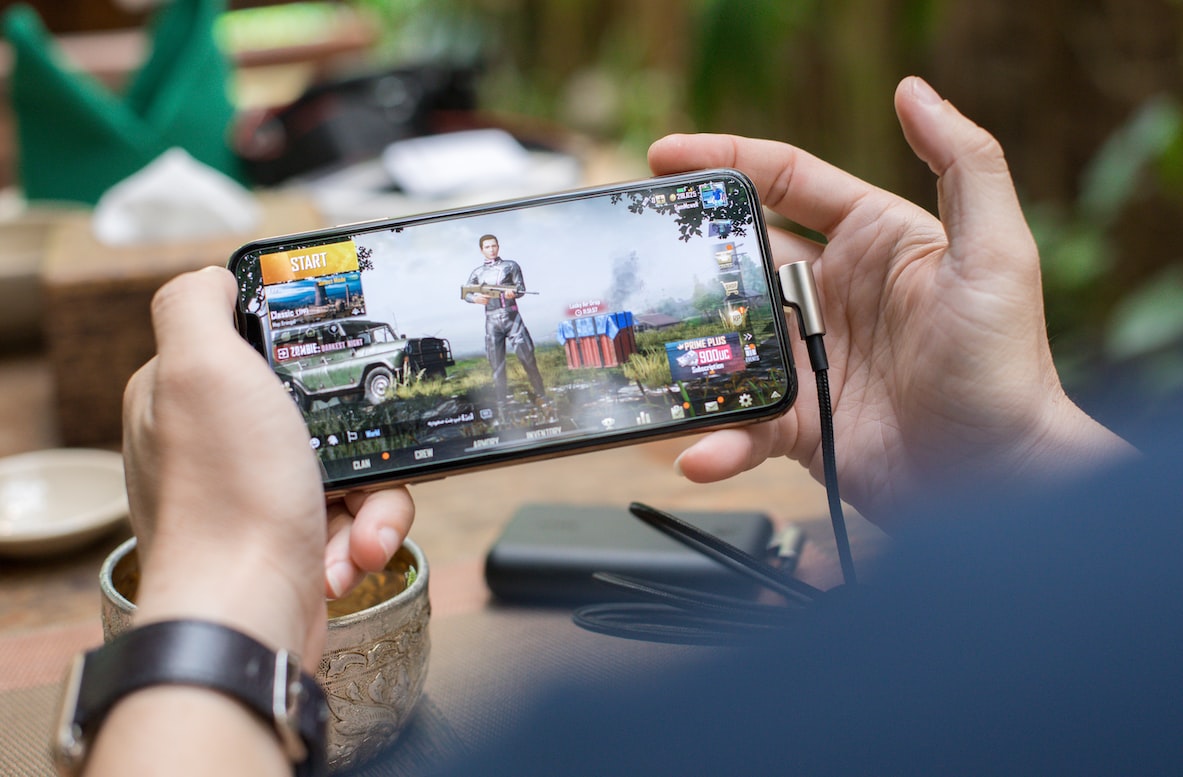 Does the Hardware Make Much Difference?

The answer here depends. If you compare a gaming phone like the Asus ROG Phone range to a flagship released at a similar time, there is little difference between the components under the hood.

Display refresh rates were an area where gaming phones did have an advantage for a while, but companies like OnePlus and Samsung have also jumped on that bandwagon in more recent years, levelling the field even more.

That’s not to say there’s no benefit, but the boost is often negligible.

Do You Get Better Graphics?

To get better graphics, you need better hardware. Given that’s only a marginal difference in the hardware between a gaming phone and a flagship, the vast majority of players are unlikely to notice any difference.

What About the Extra Buttons and Gizmos?

Now, this is an area where gaming phones can make all the difference. If you’ve ever tried to play a mobile game while the device was on charge, you’ll know that it can be both awkward and uncomfortable.

Gaming phones overcome this by moving the charging port from the bottom to the side, allowing you to grip it from both sides with no plugs getting in the way.

The hotkey buttons can also make a big difference when playing fast-paced games like Call of Duty: Mobile, where being able to quickly reach for your knife or grenade can make all the difference.

The question of whether a gaming phone is worth the extra money is a question that only you can answer for yourself. However, it is reasonable to say that you’re going to have to play a lot of games to justify the purchase.