Recently, the price of memory has been falling all the way, and even the RGB memory modules that used to be expensive in the past have begun to take the road of people-friendly. Especially after the strength of domestic brands, the price war has begun to burn to various vest strips and RGB light strips. At present, high-end e-sports gaming memory is on the market, with Kingston, G-Skill, Corsair As the representative and the memory that clearly uses CJR particles are less, it costs a high price but still has to “touch the prize”. But not long ago Asgard (Gloway) Launched their brand new high-end gaming DDR4 memory Kit the LOKI W3 Series 2.0. This memory kit features a high appearance, high frequency, and fantastic RGB. 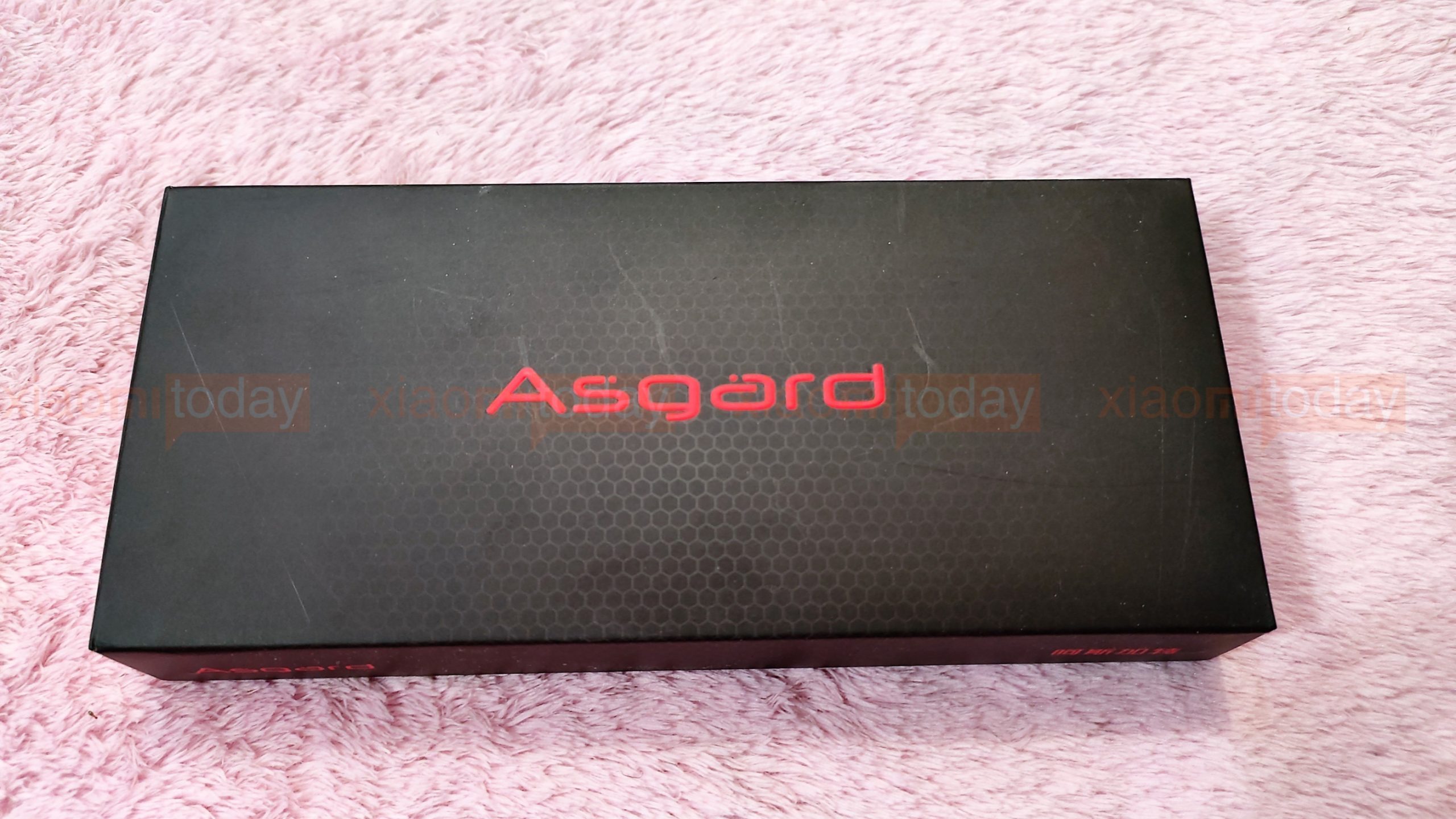 In terms of packaging, we can also see the thoughts of some designers. Although the black + honeycomb pattern is simple, it is very durable and the red Asgard logo is very eye-catching.  However, even if the packaging is unique in design, it is the last word that the memory kit is easy to use. No matter how hard the brand is, the slag will be rejected by users. Whether this Kit of Loki W3 is easy to use, please continue to read. 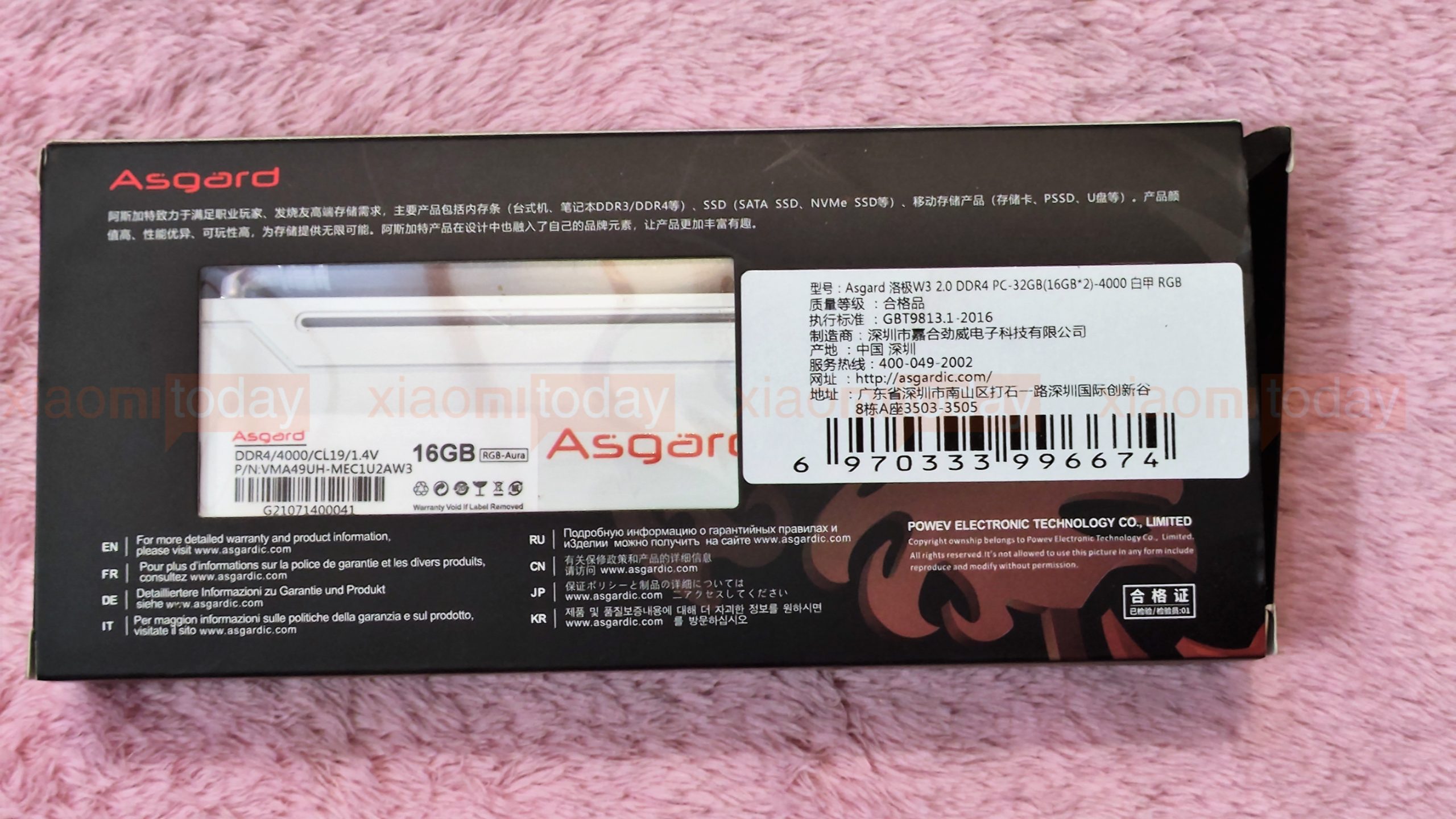 On the back of the package is a skylight design, through which you can see the inside of the memory module and the relevant information on the label. This 16GB version has a working frequency of 4000MHz, a working voltage of 1.4V, and a CL value of 19. 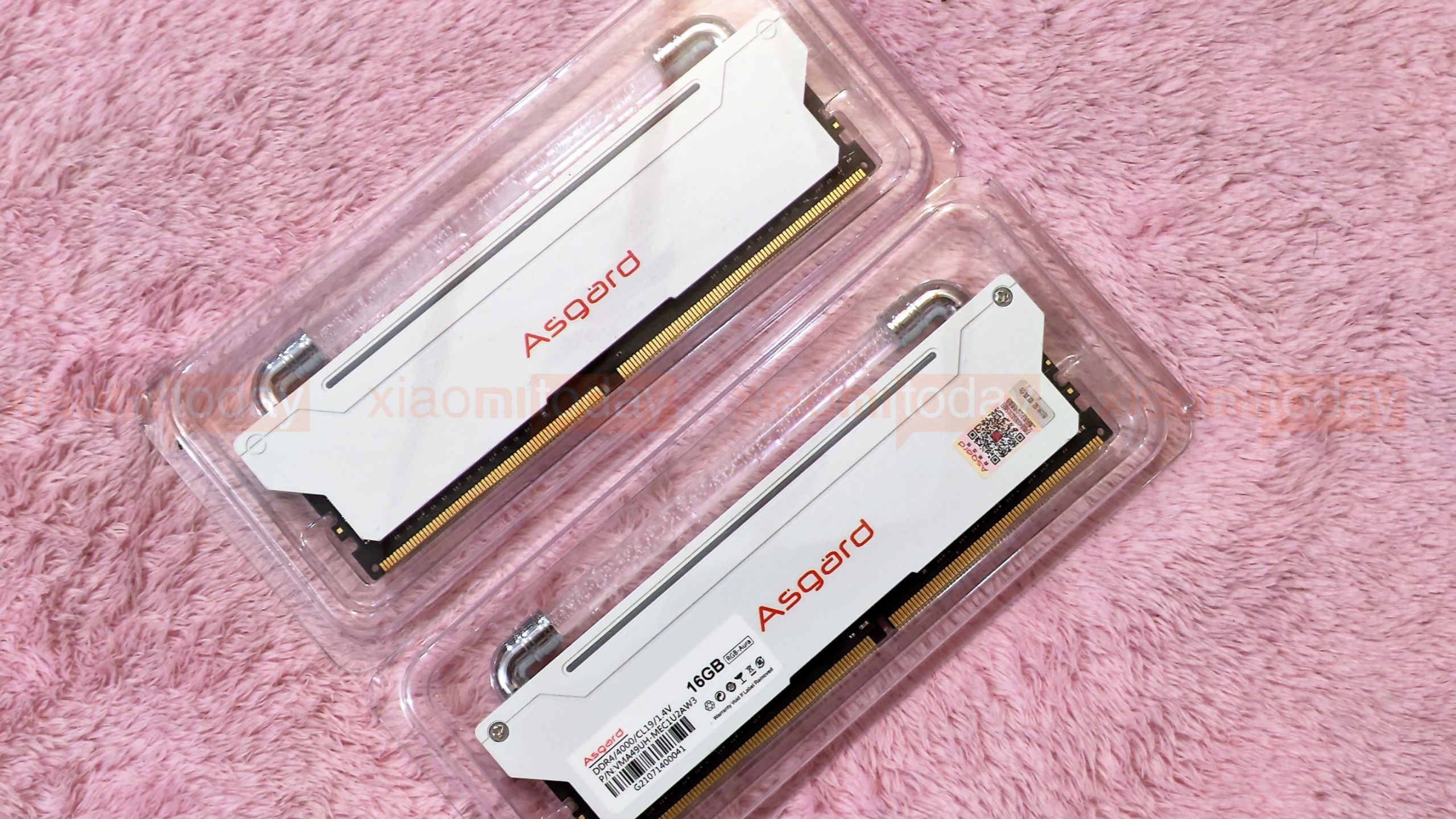 Although it is a sleeve, each memory is individually packaged, and you can see the memory at a glance after opening the box. To be honest, among the many RGB light strips, the appearance of this kit of memory has its own characteristics, and this characteristic still belongs to the kind that looks better and better. 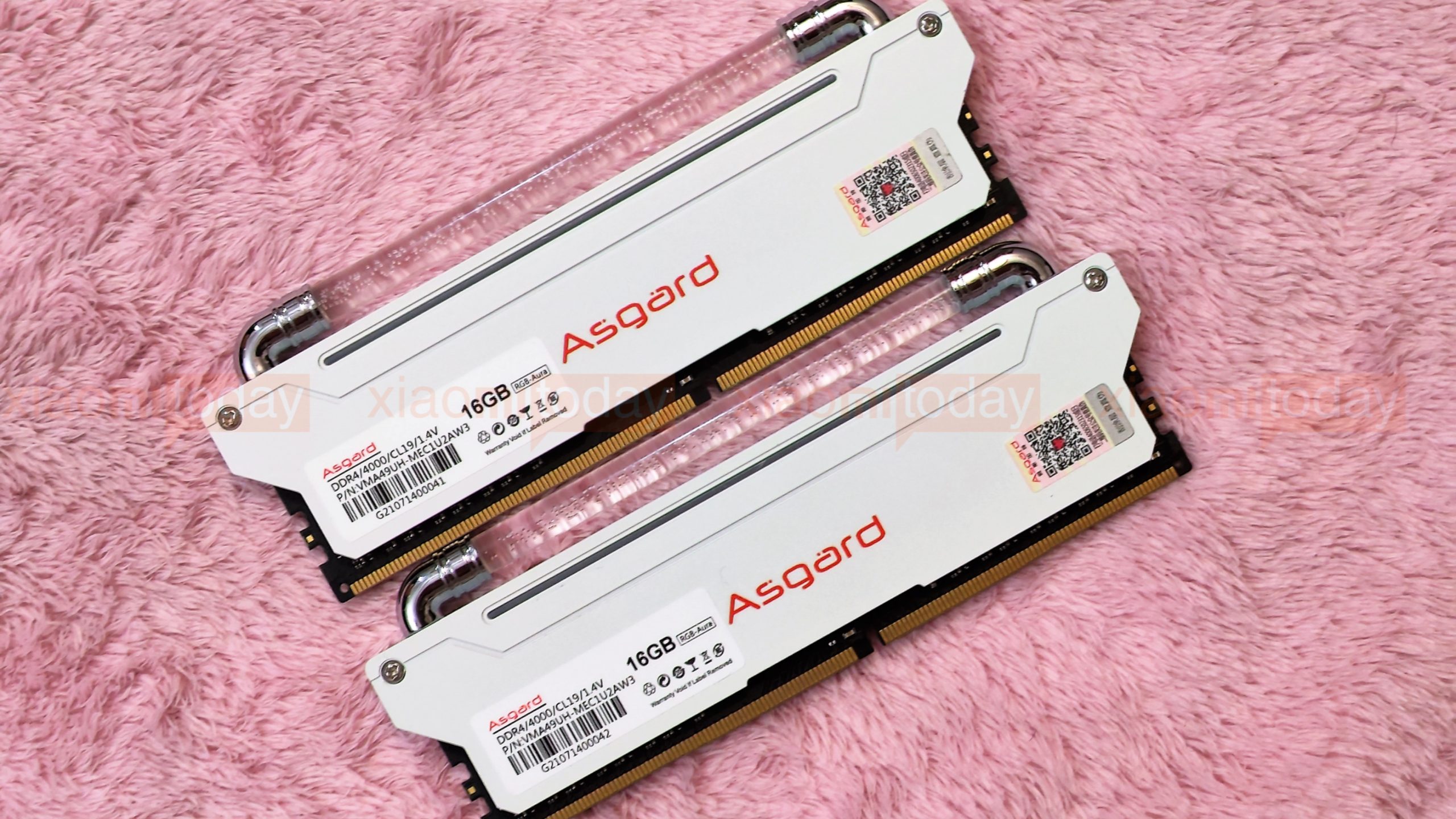 At first glance, the light bar of Asgard Loki W3 looks like the pipeline of a split water-cooled radiator. Those who do not know the inside story may think that this is a set of high-end water-cooled memory. In particular, the bubbles designed in the light guide are really like the bubbles in the coolant. Does the memory light guide after lighting have a more water-cooled heat dissipation feeling? However, this is only a visual effect, and the appearance is absolutely beautiful. 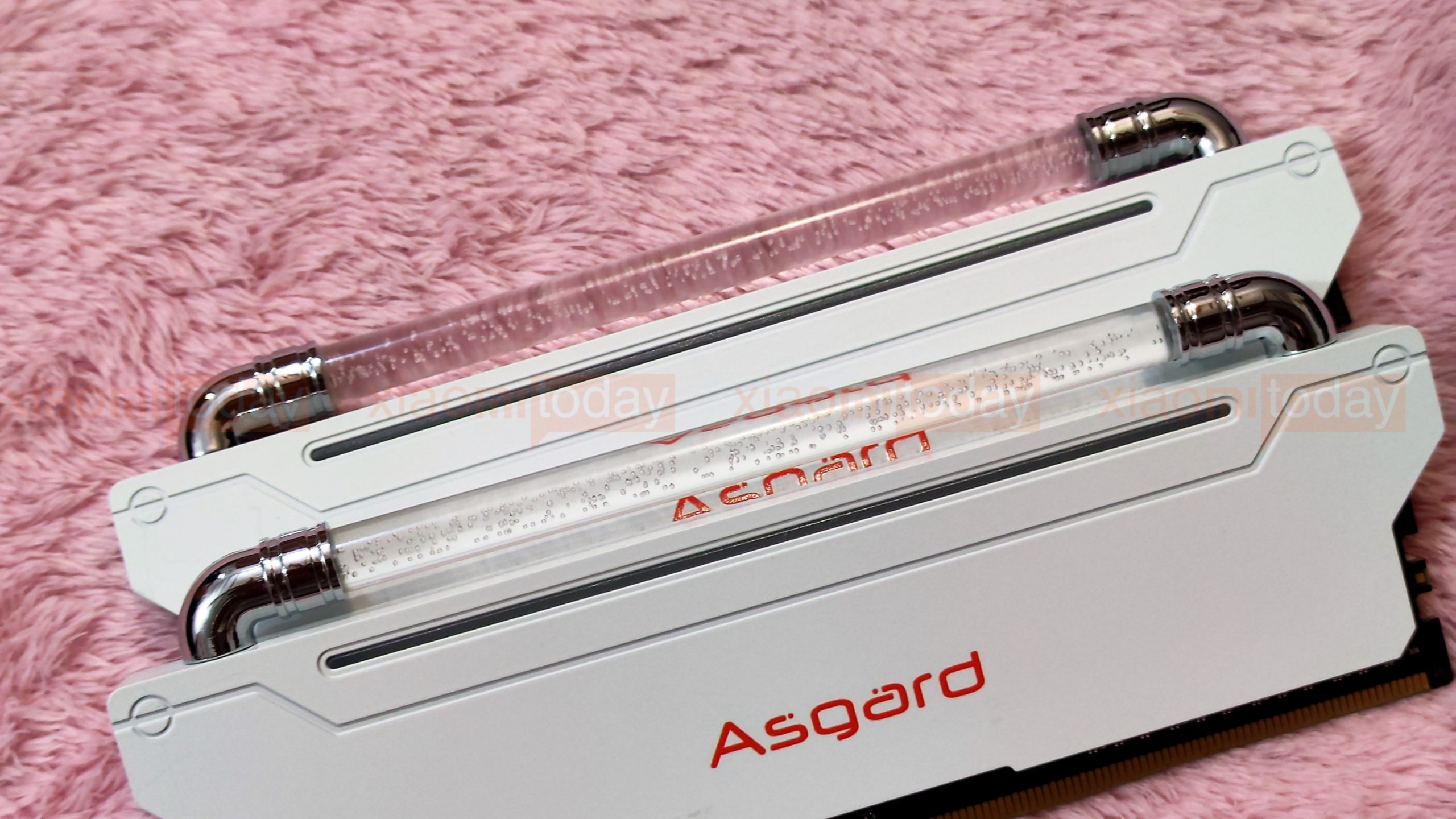 It can be seen that the heat dissipation vest of the Asgard Loki W3 2.0 series adopts a three-dimensional die-casting alloy heat sink with a thickness of 2mm. In terms of thickness, it is thicker than many traditional vest strips. Combined with the custom screw lock design, the tight seam brings better heat dissipation performance. At the same time, in terms of details, the design of the W3 2.0 has also changed compared with the previous generation vest, which is more concise and straight. 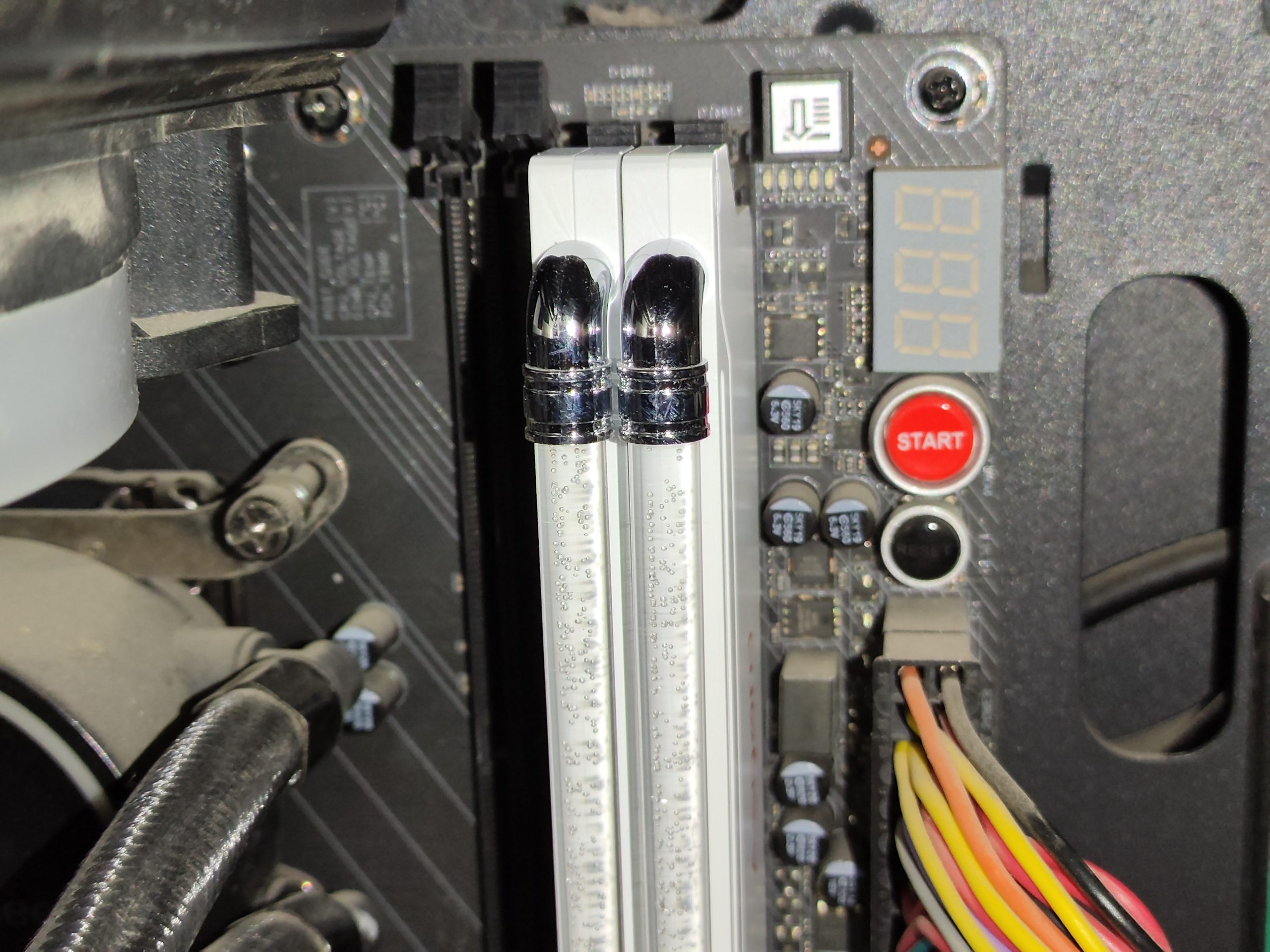 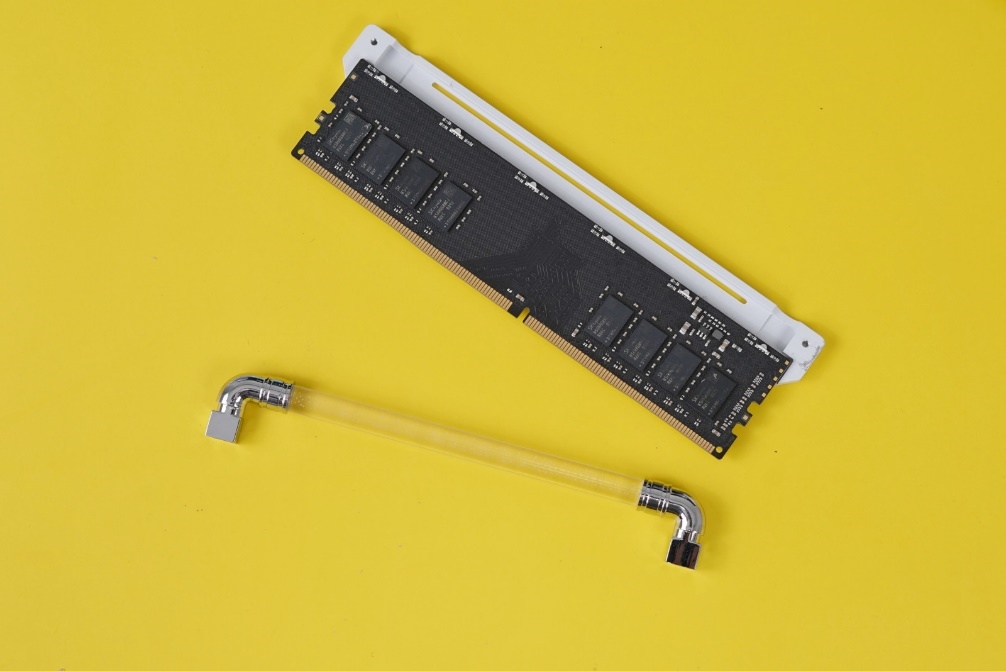 The memory stick is made of black double-sided PCB. Through the gap, you can see that there are a lot of thermal pastes between the flash memory particles and the vest. After opening the two screws on the top of the heat dissipation vest, the vest and light guide strip can be removed smoothly, because there are heat dissipation stickers to stick the memory particles and the vest together. When disassembling, try to be as clever as possible, and do not force miracles to prevent Memory particles from desoldered. 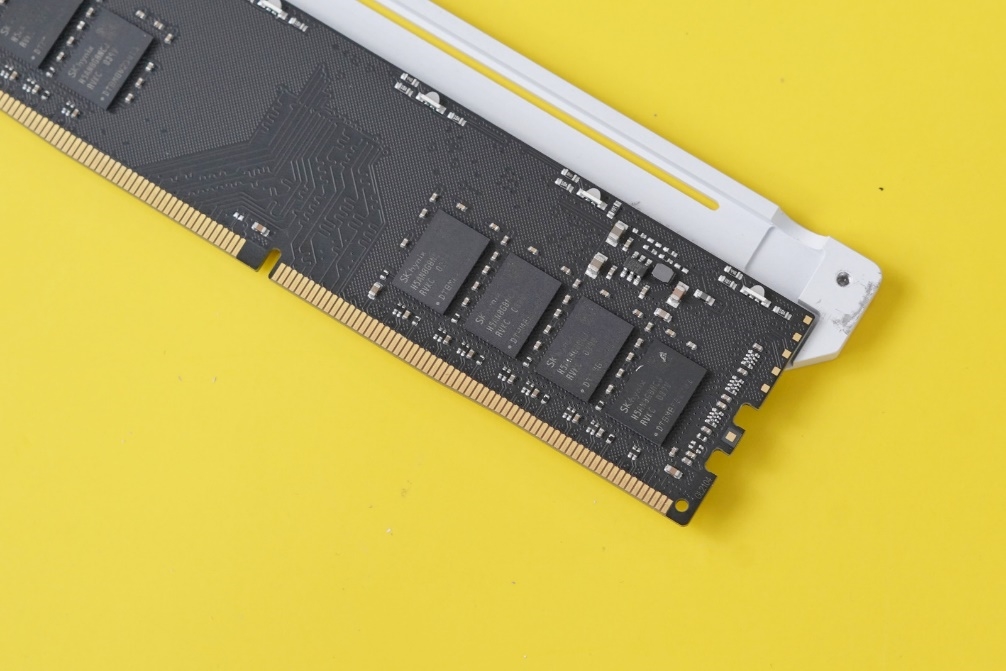 The SK Hynix logo is marked on the memory particles, and the particle is identified by Typhoon or CPU-z. Single-sided particle layout and PCB circuit layout are standard solutions, which are perfectly matched to most motherboards. The overclocking ability is very strong, and this fact also proves that the overclocking ability of this set of memory is not ordinary. 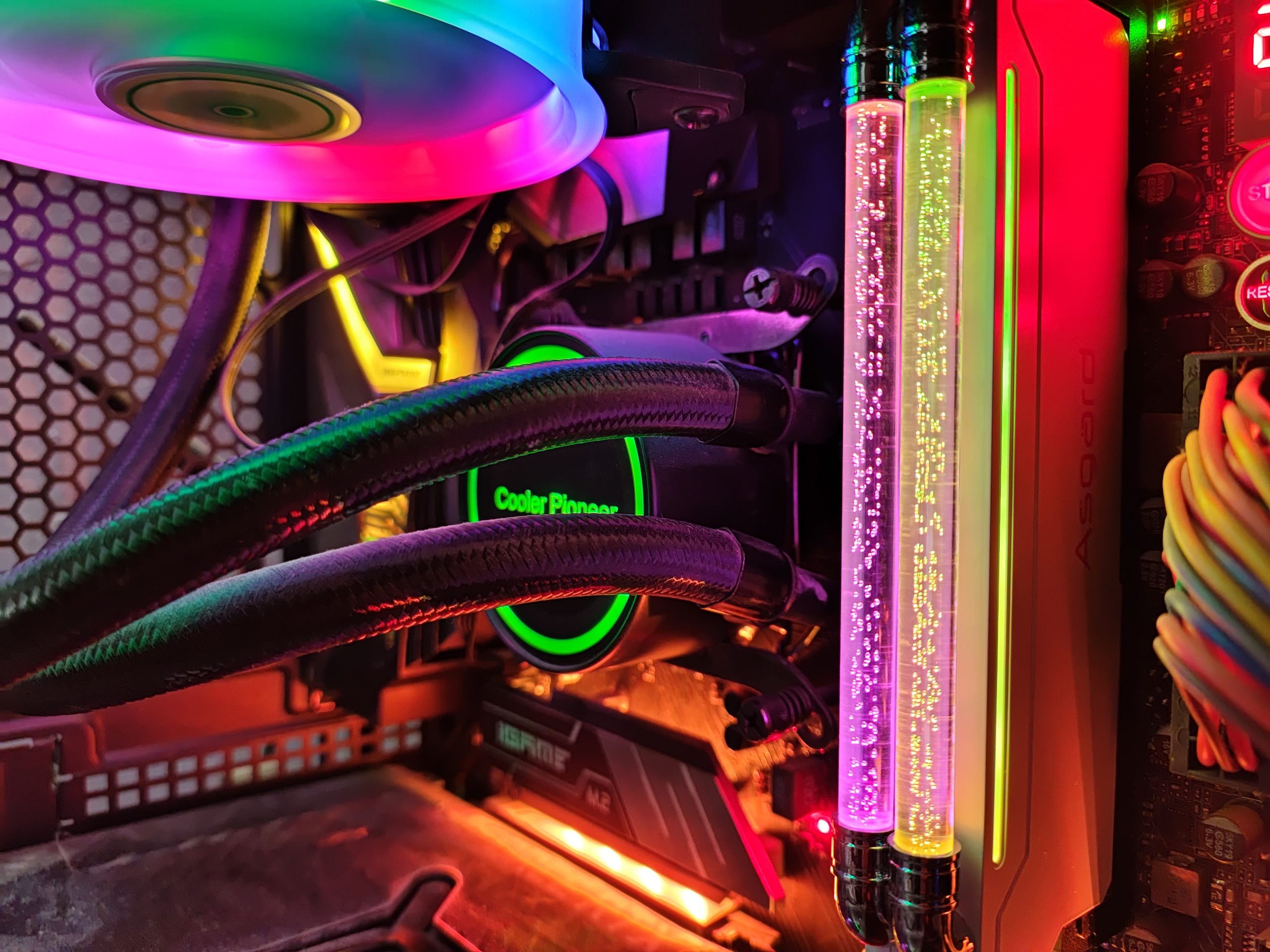 After the PC is turned on, the light bar above the memory and a light bar on the vest will light up, and the appearance is outstanding among many RGB light bars. 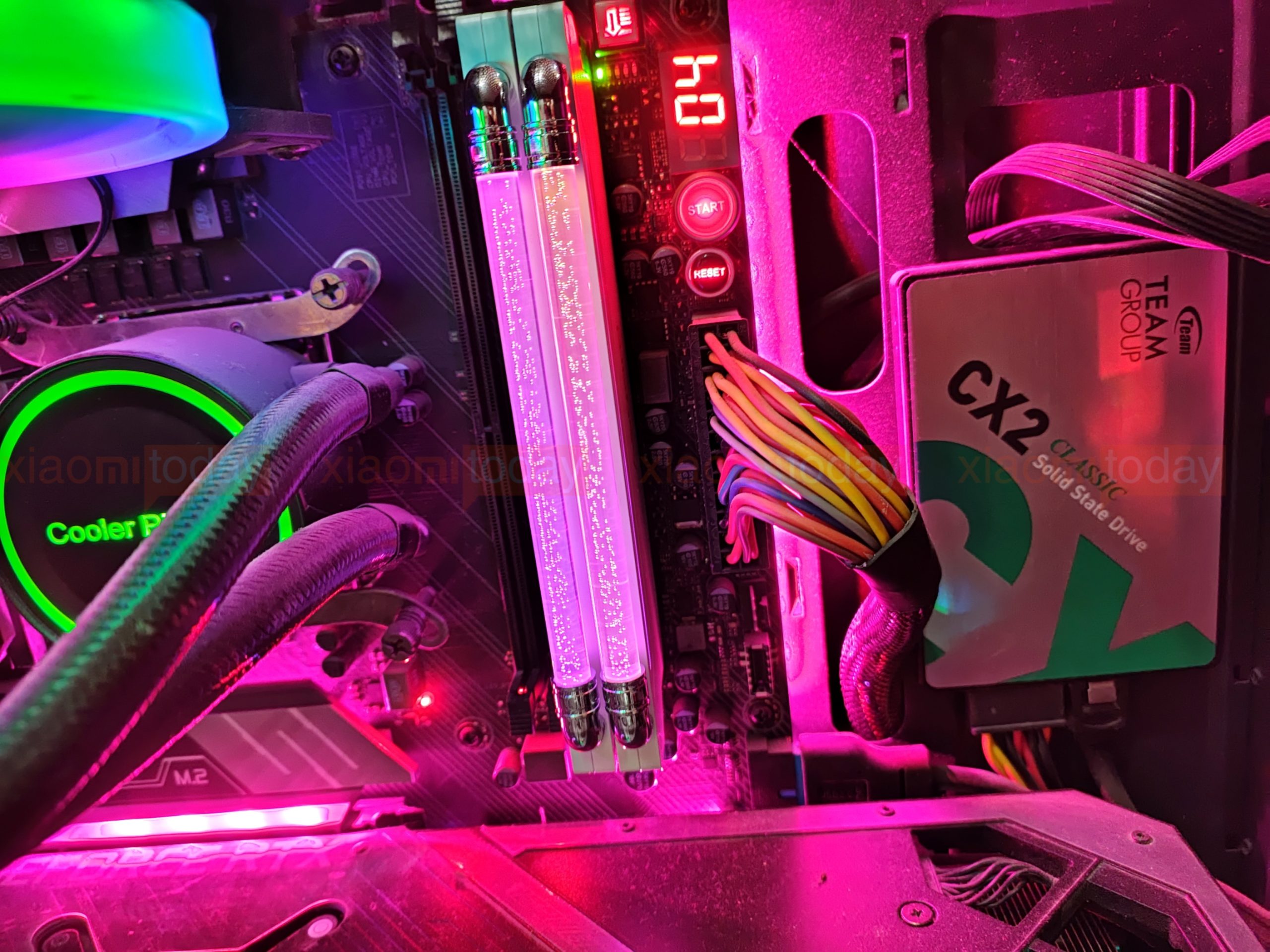 This test platform adopts the mainstream Intel platform, the CPU is Intel® Core™ i9-9900K, the motherboard is COLORFUL-iGame Z390 Vulcan X V20 After the computer is successfully turned on once, enabling XMP in the motherboard BIOS interface, the frequency of the memory comes to 4000MHz correctly. The 16GB×2 dual channel is successfully opened. 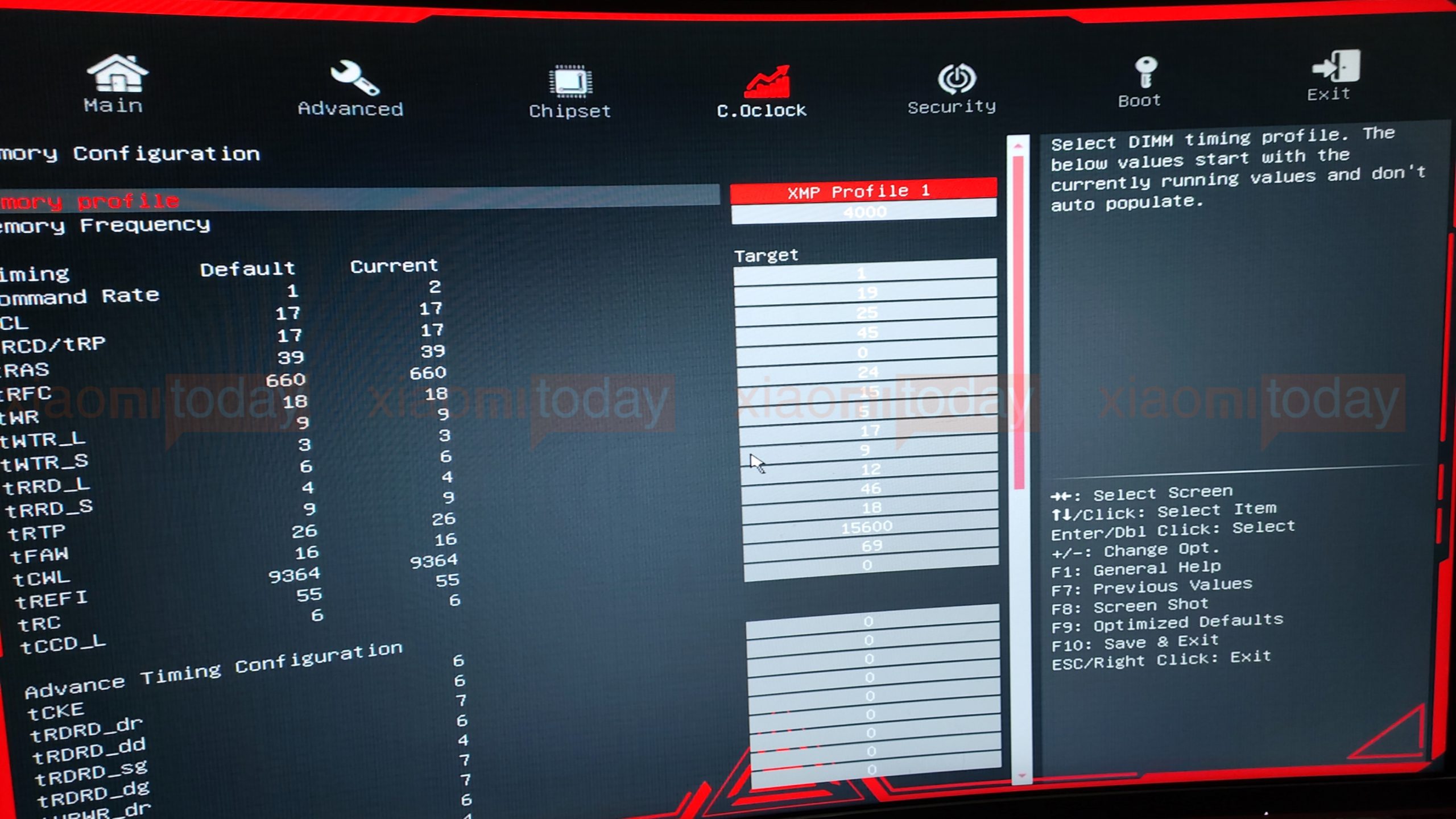 The processor is in the default state, without any overclocking settings, the motherboard is COLORFUL-iGame Z390 Vulcan X V20, this is an ATX motherboard, the memory overclocking ability is very strong, we will default from the memory 2400MHz frequency to start the test to test the bandwidth and latency of the memory.

Through the Thaiphoon Burner software, you can see that this set of Asgard Loki W3 RGB DDR4-4000 16GB*2 set memory uses SK Hynix 16Gb chips, and the DRAM number is H5ANAG8NDJR-UHC, which is SK Hynix’s DJR particles. It has a capacity of 2GB, and there are 8 in a 16GB memory. It can be judged that the high probability Asgard Loki W3 RGB DDR4-4000 16GB*2 set is the same as the 8GB*2 set, which is also a single-sided particle design. Of course, if you want to experience more extreme performance, you also need to adjust the parameters and timing of different motherboards and processors according to experience and suggestions from overclocking enthusiasts to achieve the best results. If the first consideration is the stability of the platform, then use the XMP option that comes with the motherboard.

Asgard Loki W3 Series 2.0 RGB Kit is still very good, very beautiful in appearance, white memory vest, RGB lighting effect with a special water-cooling tube on the top, RGB is really well polished in terms of lighting, the lighting effect is very soft. , the overall installation effect is very good, inside the chassis will be Has a very nice effect. And the Asgard Loki W3 supports ASUS, MSI, ASRock, and Gigabyte’s motherboard lighting control software, which is very convenient. At a time when memory prices are so favorable to consumers, the Asgard Loki W3 Series 2.0 RGB DDR4-4000 16GB*2 package version tested this time is especially suitable for gaming players who like RGB lighting effects to choose from their recent installation. 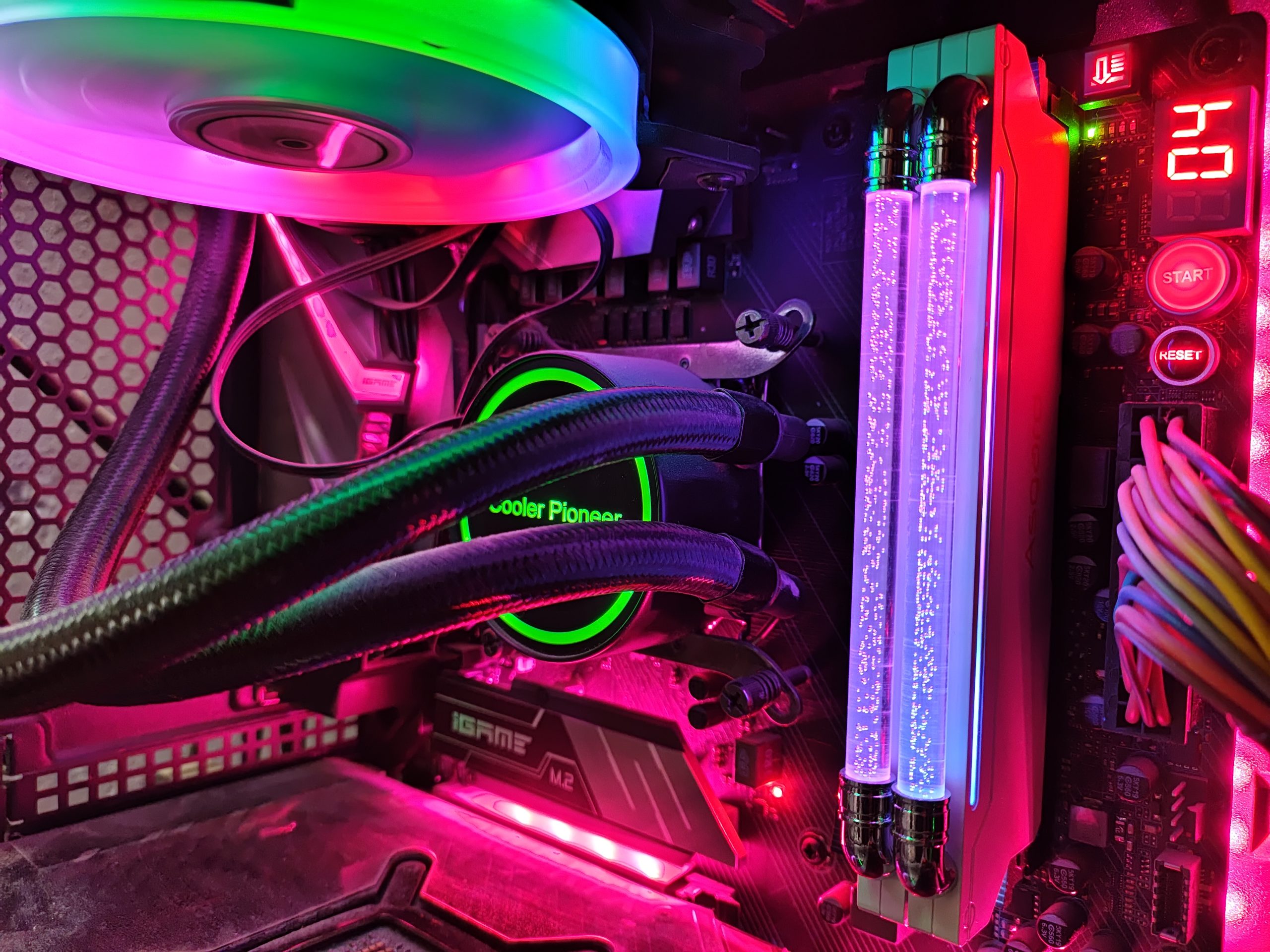 At the same time, the overclocking potential is also considerable. The frequency can be increased by 20%, and the delay will be further reduced. This kind of memory using the original factory’s carefully selected particles is really reassuring.  After all, it is Hynix’s CJR particles, and the overclocking potential is still very good. In terms of reading and write speed, the two read and write speeds can go up to 55,000MB/s, which is very powerful. If you have high requirements for the quality and performance of memory modules, then Asgard LOKI W3 2.0 RGB memory modules can be a good choice for you.

The only thing to note is that the vest of this memory is very kind, and the thickness is thicker than ordinary memory. It should be fine to use with ordinary ATX motherboards, but it may be a little stressful to use on some motherboards with dual memory slots, such as ITX motherboards. In addition, pay attention to the water-cooling head and cooling tower, and choose some small ones.