MWC 2022 has just passed, and we have witnessed the announcements of several smartphones in the event. Now, the month of March has begun, and almost every smartphone manufacturer is planning to launch their smartphones to the market. Also, Xiaomi Today here brings you the Upcoming smartphones in March 2022. If you want to purchase a new smartphone, we have covered you under all entry-level, mid-range, and high-end smartphones of 2022.

We already have the new MediaTek Dimensity 8100 and Dimensity 9000 launched last week. And by the end of this month, we will have two or more smartphones with these new processors. Some of the brands will launch a series of smartphones, and a few brands like NOTHING will come with a single smartphone launch. Below, we have brought you the list of smartphones we have covered for you.

OnePlus has already launched the OnePlus 10 series in China, and the company is planning to launch it globally. The high-end version OnePlus 10 Pro arrives with a 6.7-inch AMOLED display with a refresh rate of 120Hz and high resolution. The device is powered by the Snapdragon 8 Gen1 processor supported by 12GB of RAM and internal storage of 256GB UFS 3.1.

The new OnePlus 10 Pro will run on Android 12 OS based on OxygenOS12. On the back, we get the triple camera setup supported by the 48MP primary sensor, 50MP ultra-wide, an 8MP telephoto camera. On the front for selfies, we get the 32MP snapper. We get the 5,000-mAh battery supported with the 80W fast charger and 50W reverse wireless charging to run the smartphone.

On March 3rd, Realme launched its mid-range smartphone (Realme V25) in China. The smartphone is upgraded to the Realme V15 5G smartphone with a 120Hz refresh rate. The smartphone features a 6.6-inch IPS LCD with a Full HD resolution of 1080 X 2400 pixels. 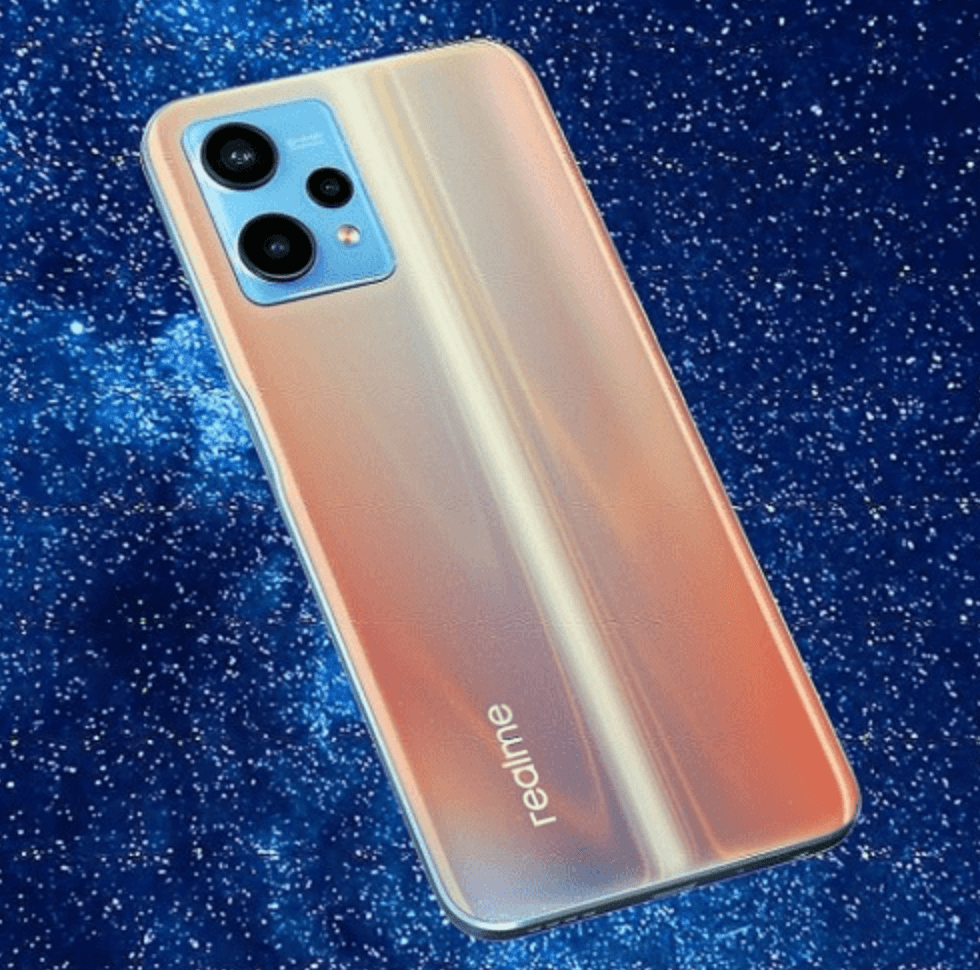 Realme V25 is powered by Snapdragon 695 and is supported by 12GB LPDDR4 RAM and 256GB internal storage. Smartphones also allow the user to increase the RAM to 19GB using dynamic RAM expansion.

To run the smartphone company gives the 5,000-mAh battery supported by the 33W fast charging. We get the triple camera setup supported with the 64MP primary sensor and 2MP macro and 2MP B&W lens on the back. It runs on the Android 12 OS customised with Realme UI 3.0. 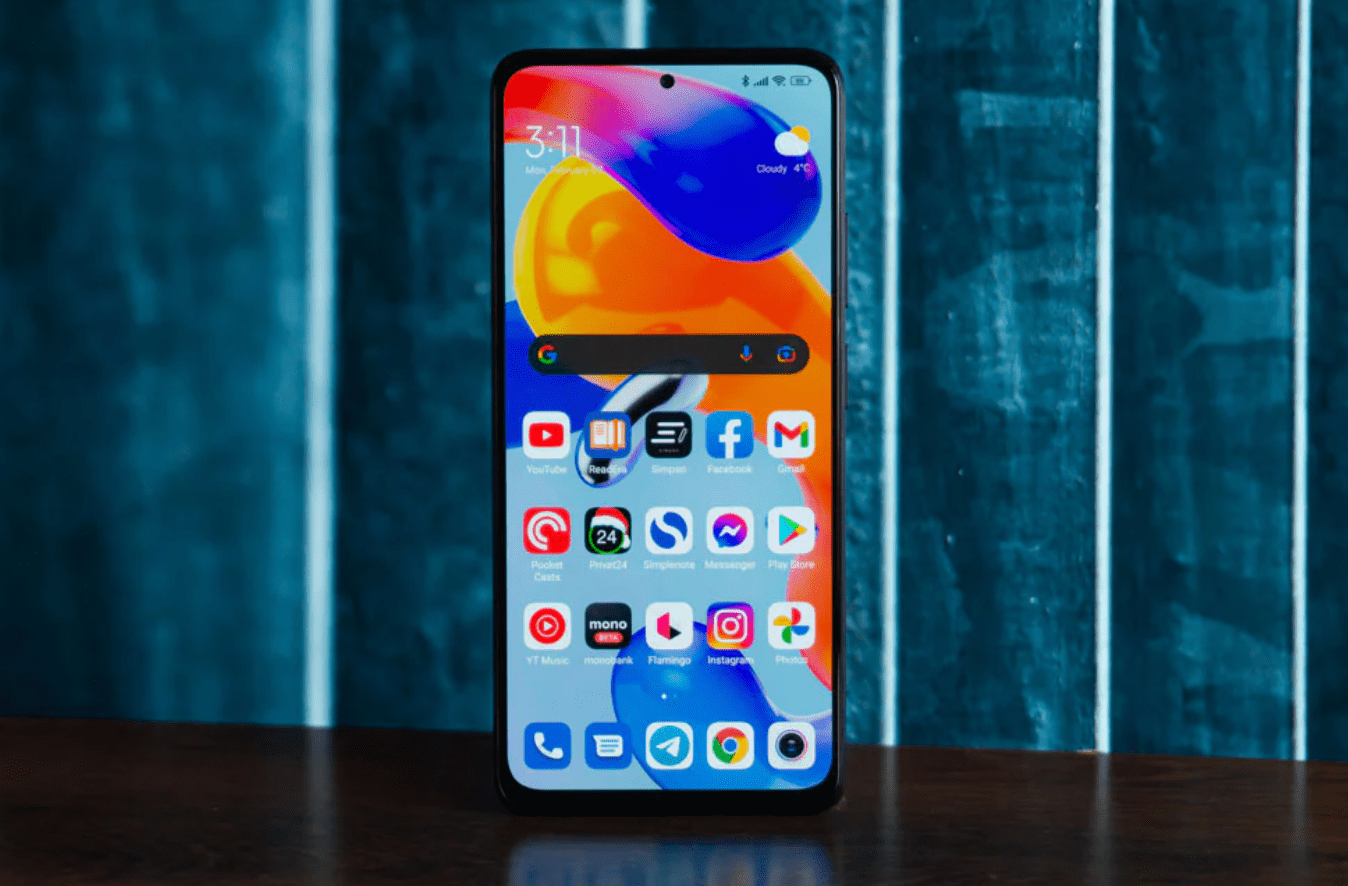 Both the smartphones come with a 6.67-inch AMOLED display and full HD resolution supported by the 120Hz refresh rate. The smartphones get the quad-camera setup with the 108MP primary lens and the 8MP ultra-wide, 2MP macro, and 2MP depth on the back. It brings the 16MP snapper for selfies and video calling on the front.

Redmi Note 11 Pro 5G is powered by the Snapdragon 695, while the 4G version comes with MediaTek Helio G96. Both the smartphones will run on MIUI 13 based on Android 11 OS.

Smartphones are already available to purchase from different platforms globally; check the price below. 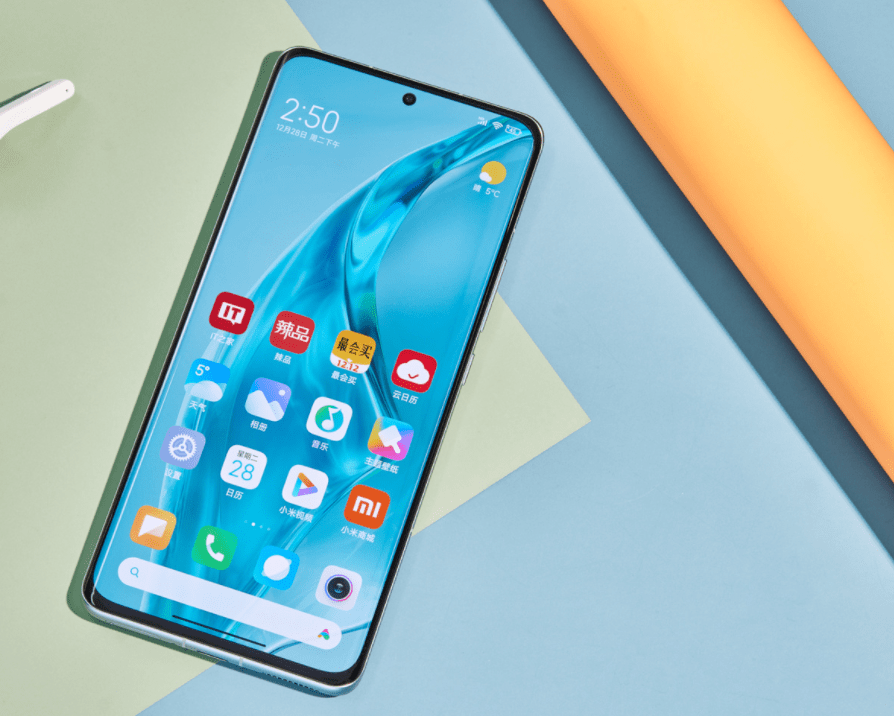 Also, renders show the Xiaomi 12 Ultra, which might launch with the Snapdragon 8 Gen1 Plus processor. Xiaomi Today has already revealed the smartphone’s design, but the device might launch in August 2022.

Xiaomi 12 series smartphones were already launched in China at the end of the year, but we expect the company to launch the smartphones with different specs for the global market. Before the global launch, the pricing of smartphones for the European market was released. Xiaomi 12 will launch at 899 Euros, 12X in the price range of 600 Euros, and the Pro version at 1099 Euros. Let’s, stay tuned for the March 15 launch event of Xiaomi.

After the launch of Red Magic 7 in China, the company has finally launched the smartphone for the global market on March 7. This is the new gaming smartphone from the company in 2022. The new Red Magic 7 gets a sleek design similar to its predecessor. 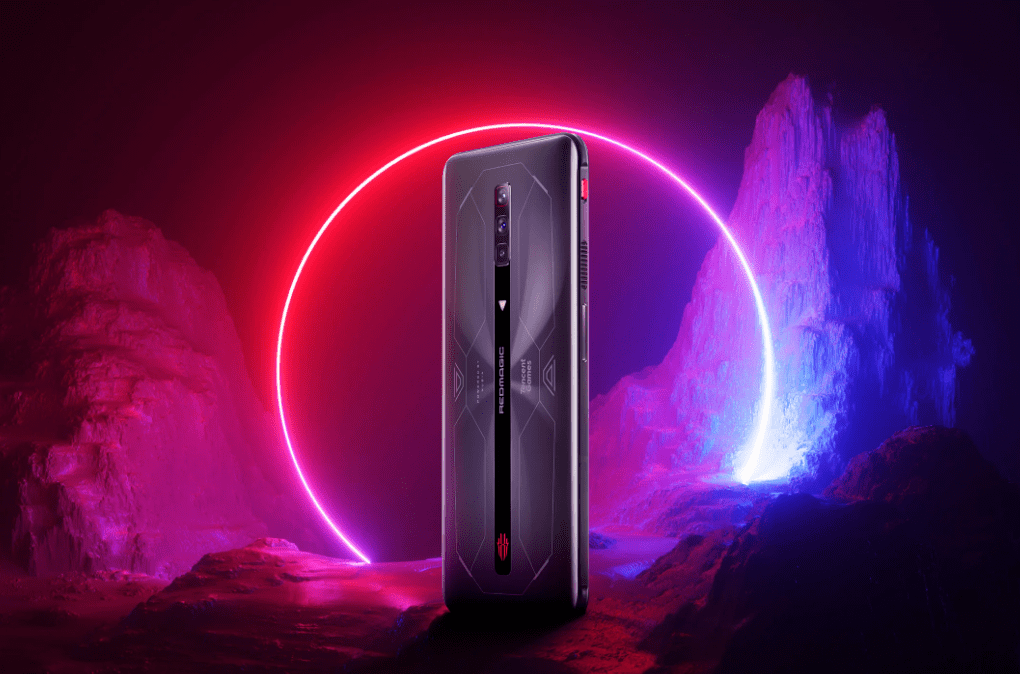 Like the Red Magic 6, the new smartphone is also launched with the same numbers in refresh rate (165Hz), but the company is to launch the Pro version in the second half of the year.

We get the 6.8-inch Full HD resolution with a refresh rate of 165Hz, i.e., higher for the smartphone market. The smartphone panel is similar to last year’s model, with a touch sampling rate of 720Hz.

In terms of gaming, the smartphone delivers the stabilized frame with the help of the 2.0 Magic 2.0 GPU image enhancement system. Red Magic 7 is powered by the Qualcomm Snapdragon 8 Gen1 processor supported with 18GB RAM and 256GB internal storage.

We get the triple camera setup with the 64MP primary sensor on the back, supported with the 8MP ultra-wide and 2MP depth. We get the 8MP snapper supporting the selfies and video calling on the front. According to the reports, the cooling system is improved by 35%, which offers the 400 times fast heat dissipation from its predecessor. We have also brought more details about the smartphone here.

The smartphone is already available to purchase from different platforms. Check the best price here and buy now. 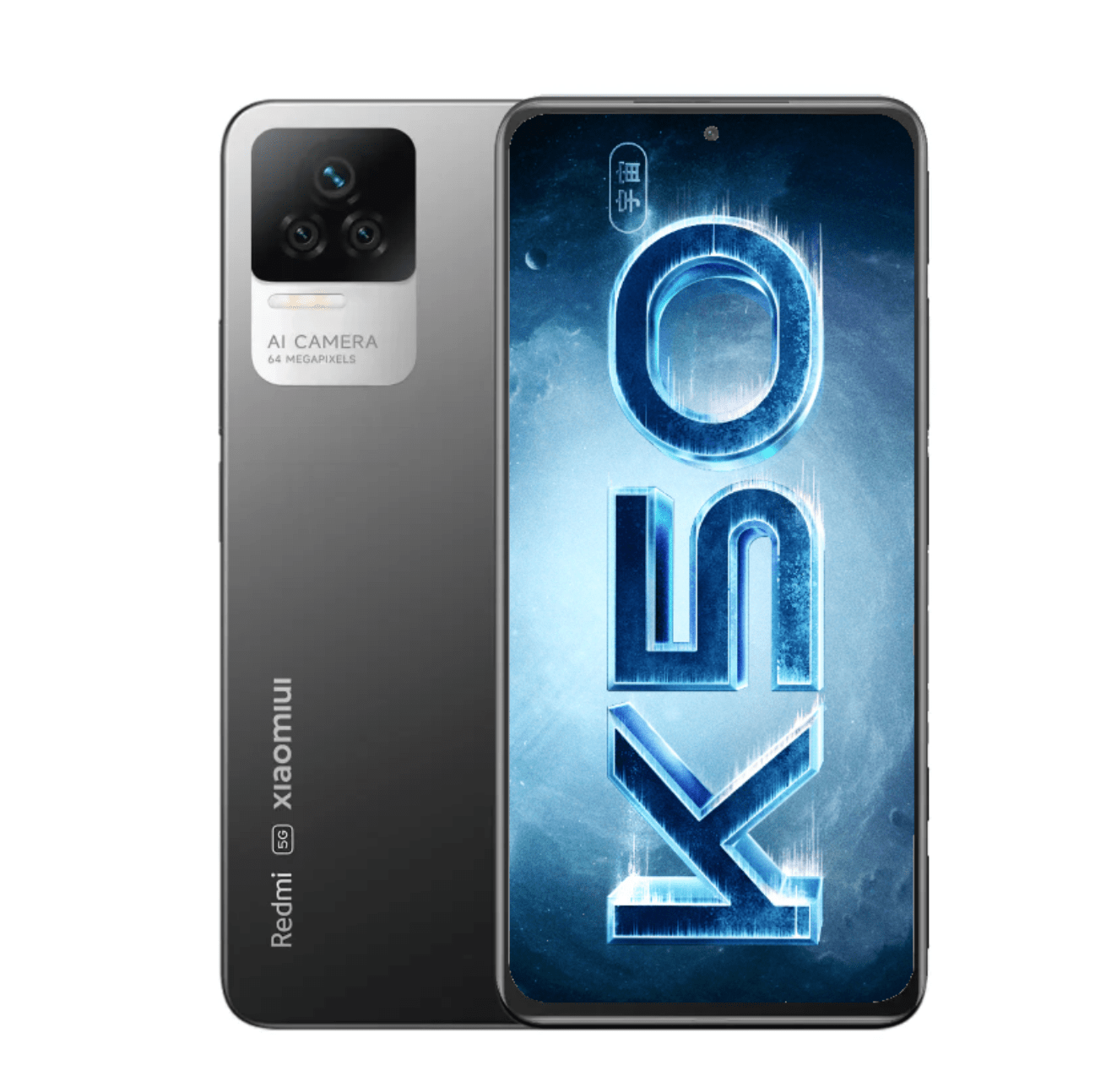 Xiaomi will launch the Redmi K50 series on March 17. So, stay tuned with us on the launch event; we will provide all details here on Xiaomi Today.

Soon after Realme V25, the company is planning to launch its high-end smartphone (Realme GT Neo3) for the global market. The device will be powered by the newly launched processor MediaTek Dimensity 8100. 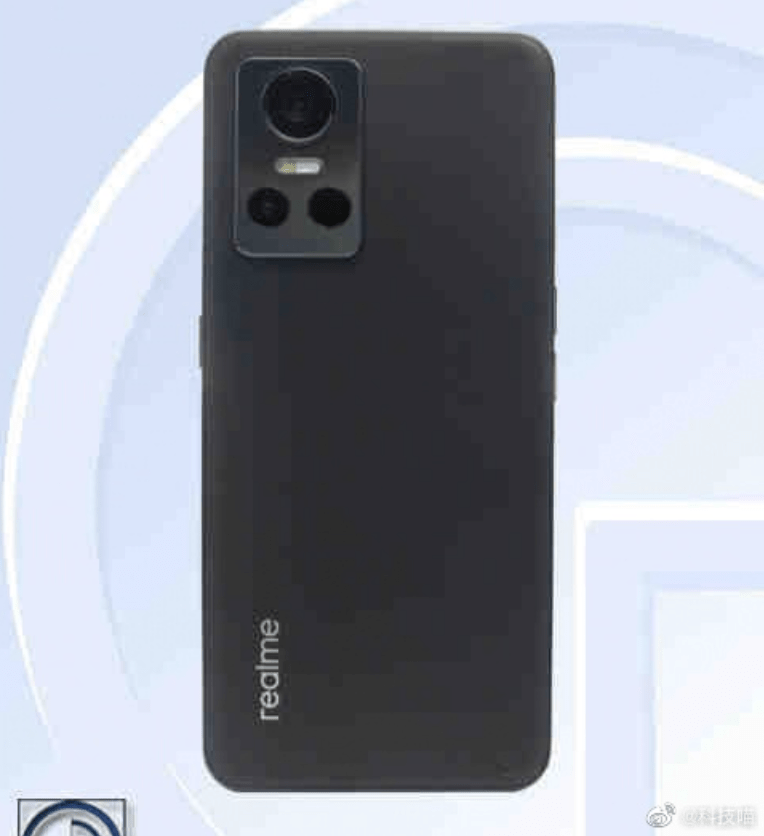 According to the renders, the company will launch the device in the second half of 2022. Smartphones already appeared on the Geekbench listing, where we get more details about the device.

The smartphone will arrive with the 6.7-inch Full HD AMOLED display with the under-screen fingerprint scanner. On the back, we notice that Realme GT Neo3 will get the triple camera setup supported by the 200MP primary sensor, along with the two 50MP lenses.

To run the smartphone, we might see the in-built 4,500-mAh battery supported by the 150W fast charging, which will be able to charge the smartphone in just 15 minutes.