Great news for rugged smartphone users, the UMIDIGI BISON GT2 Pro series is now officially available. Why do we say it’s exciting? There are two processor types for the latest BISON GT phones, Helio G95 and 6nm Dimensity 900 5G. So, all the specs are the same, but only Helio G95 phones will have a 4G network, while the Dimensity 900 phones will use 5G networks.

Add to cart before the sale 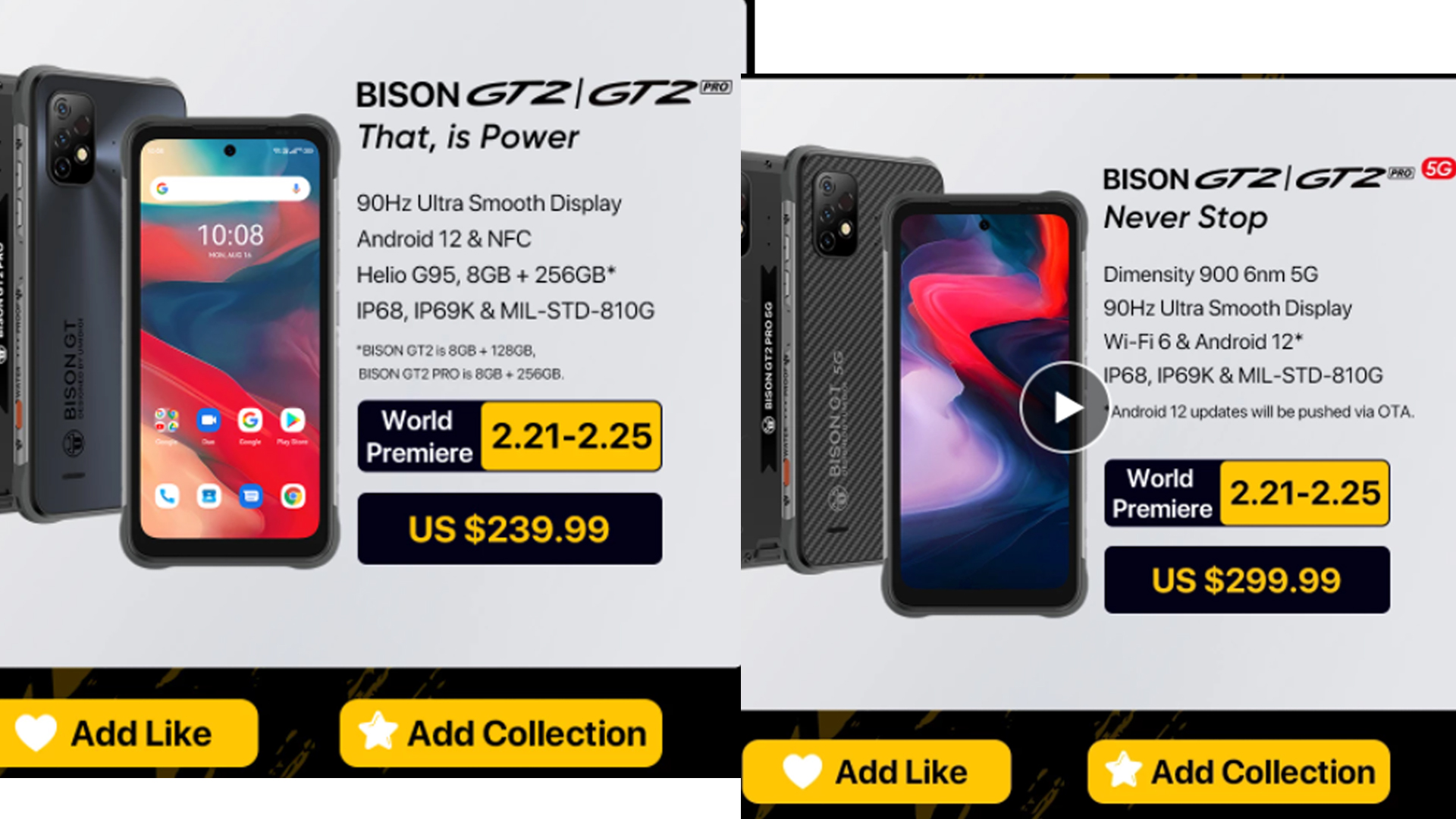 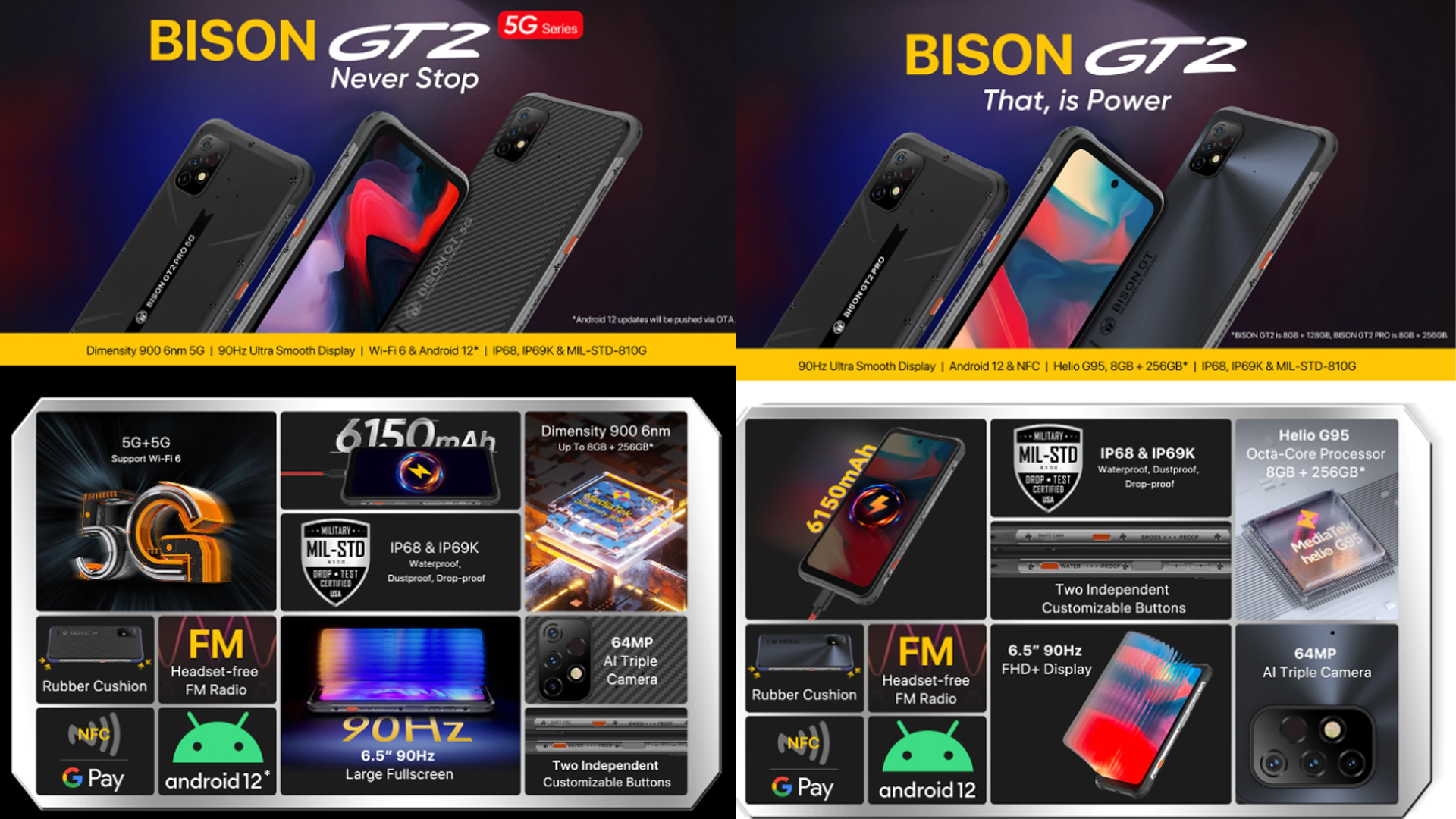 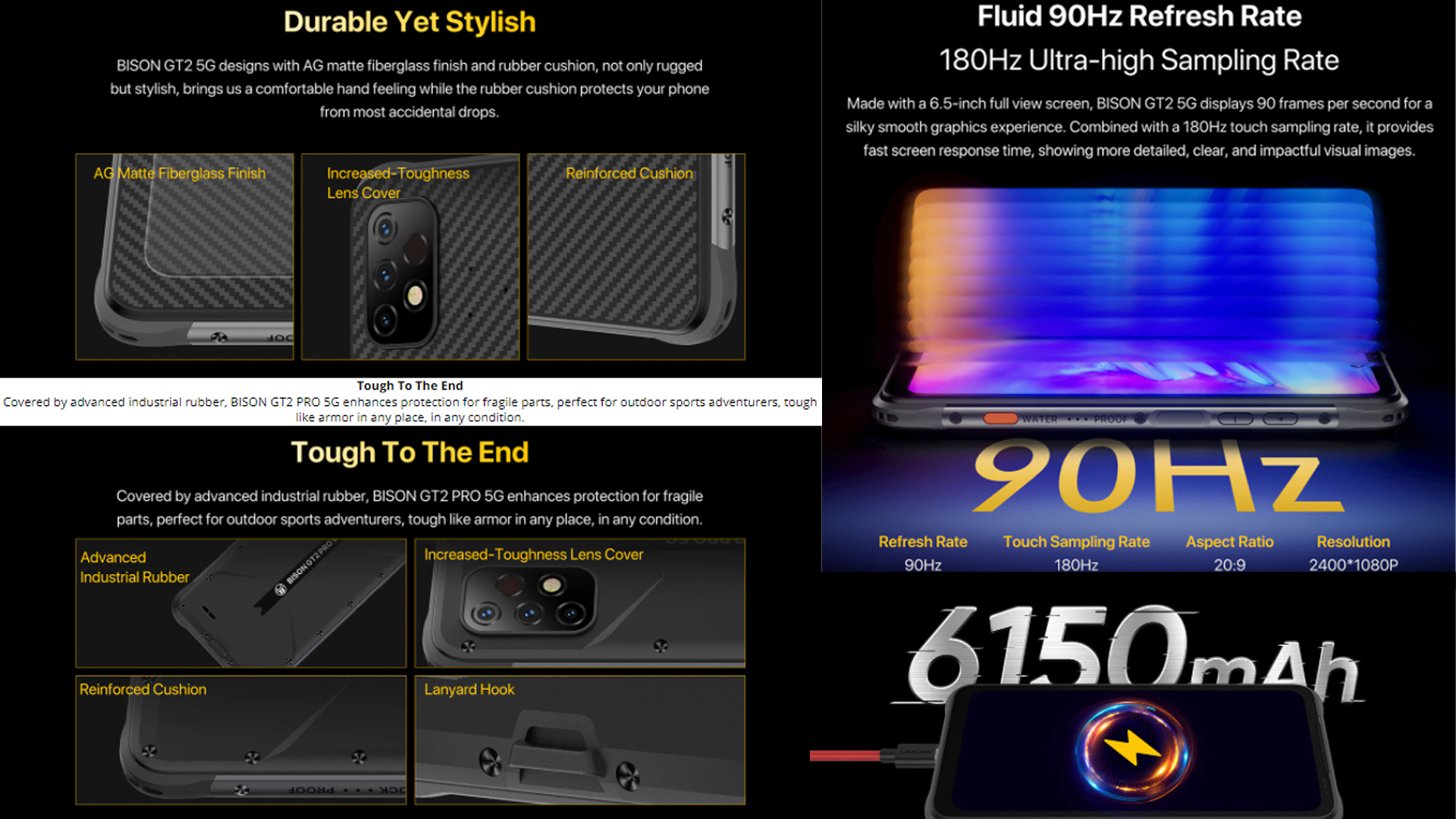 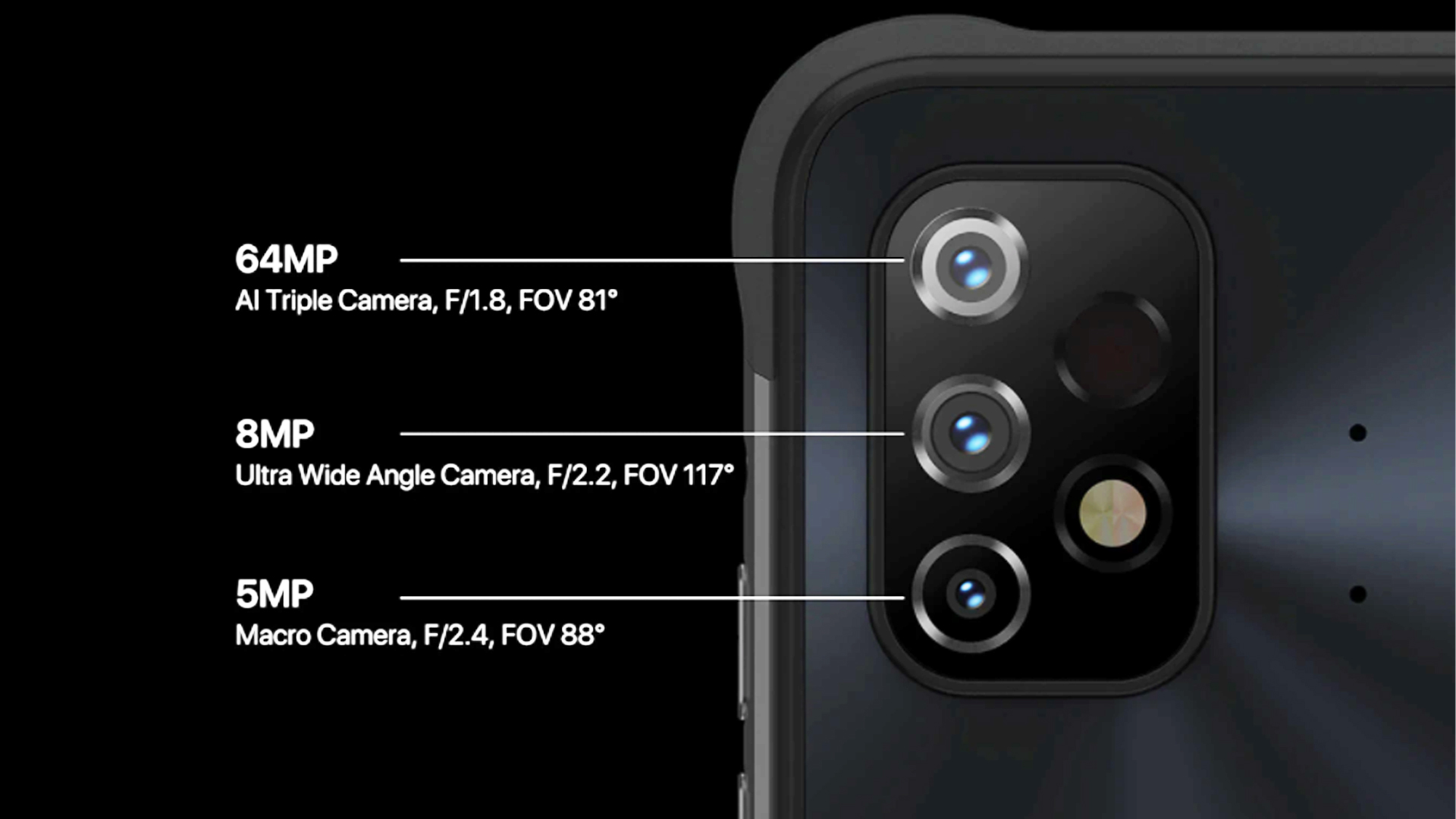 The 64MP Triple AI Main Camera and Other Features 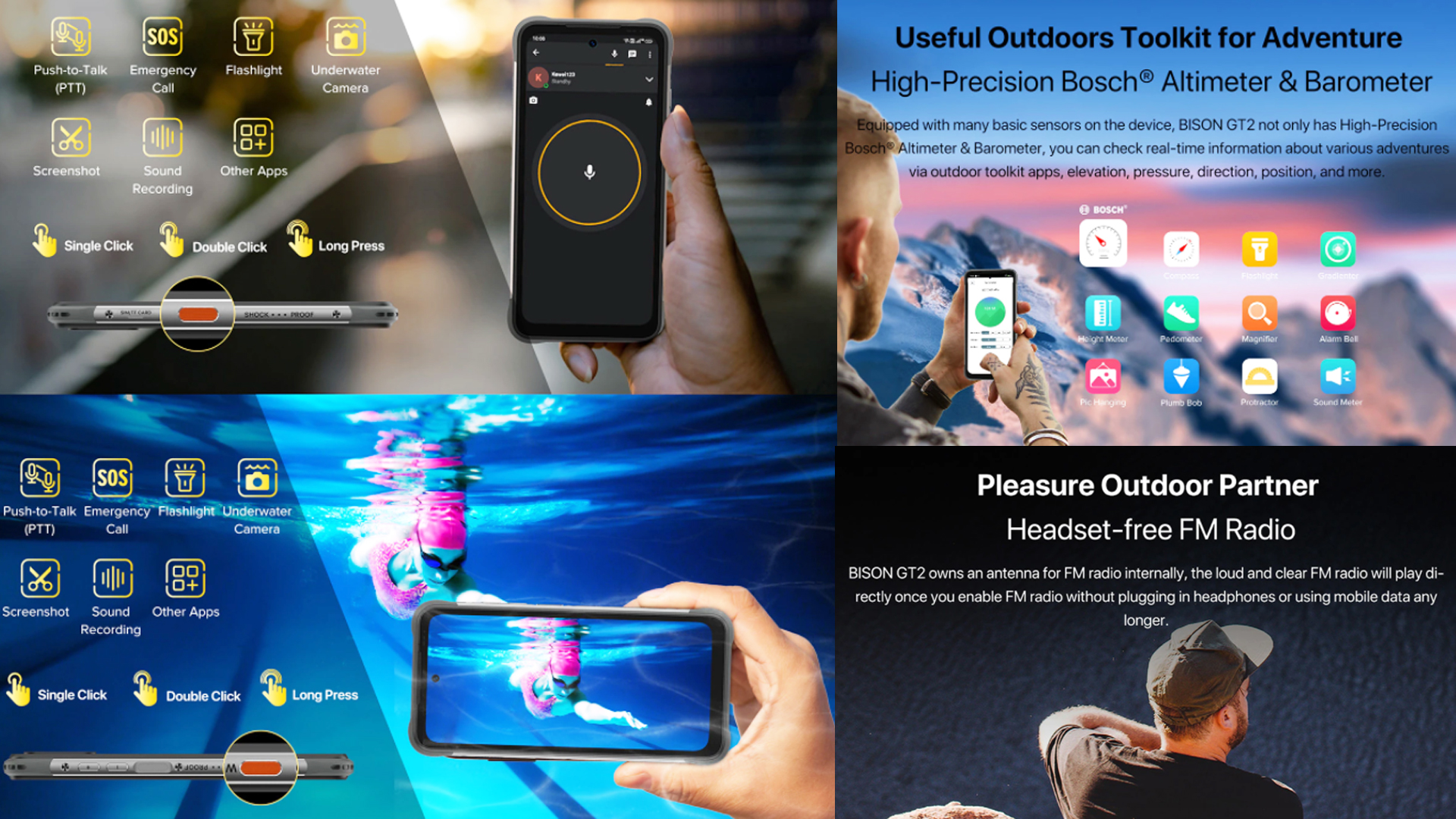 How to buy at exclusive early bird sale discount price?

There are two new rugged smartphone models, BISON GT2 and BISON GT2 Pro. The GT2 base variant comes with 8GB RAM and 128GB storage, and the GT2 Pro model has 8GB RAM and 256GB of storage. Also, the UMIDIGI BISON GT2 Pro and GT2 exclusive early bird pricing will start from Feb 21st and end on Feb 25th. If you plan to buy, you have to add to the cart before the sale starts to secure your phone. The stock can run out. Therefore, add to the cart, add like, and also follow the store. Hence, you can purchase during the early bird sale event at a fabulous discount price.

Add to cart before the sale starts