Fengmi has developed two UST budget laser projectors (less than 1000€). The first, the R1, has already been tested on this blog which you can find here: Fengmi R1 test.

The second version bears the trade name Formovie R1 Nano. We are here in front of the first DLP laser model with ultra-short focal length marketed at less than $1100 ($1099 exactly).

At this price, the announced 1080p resolution will be obtained through a smaller DMD chip than that present in the classic R1. The nano is equipped with a 0.23? version (DLP230NP native resolution 960×540) which offers simulated Full HD (1920×1080) resolution by XPR x4 processing. The new Fengmi is 4K compatible and supports UHD HDR10 4K signals at 60Hz. 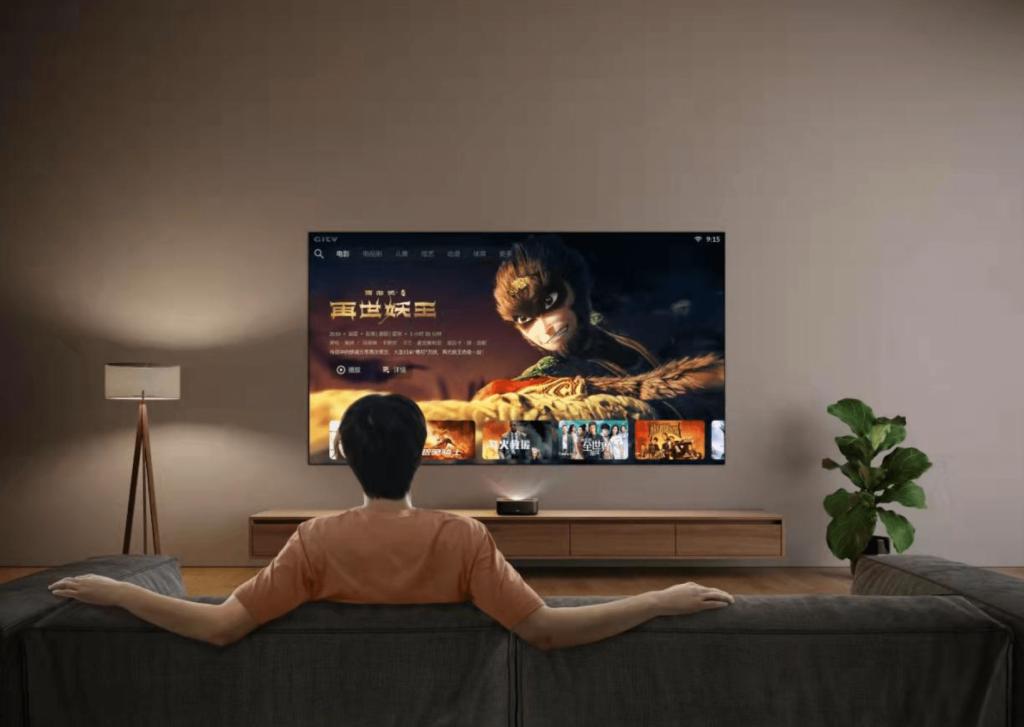 Its brightness is also down compared to the 1600 lumens of the R1. It is limited to 1200 lumens with a contrast of 2000:1. Both projectors are equipped with the best current laser source, i.e., the ALPD3.0.

More interestingly, and this is a point that I want to emphasize, its throw ratio is 0:233.1. It allows it to be placed closer to the screen than the classic Fengmi R1 Nano version and its 0:33:1 focal length. This feature bothered me during the R1 test because you lose one of the advantages of UST projectors, namely the proximity of the diffuser/screen. 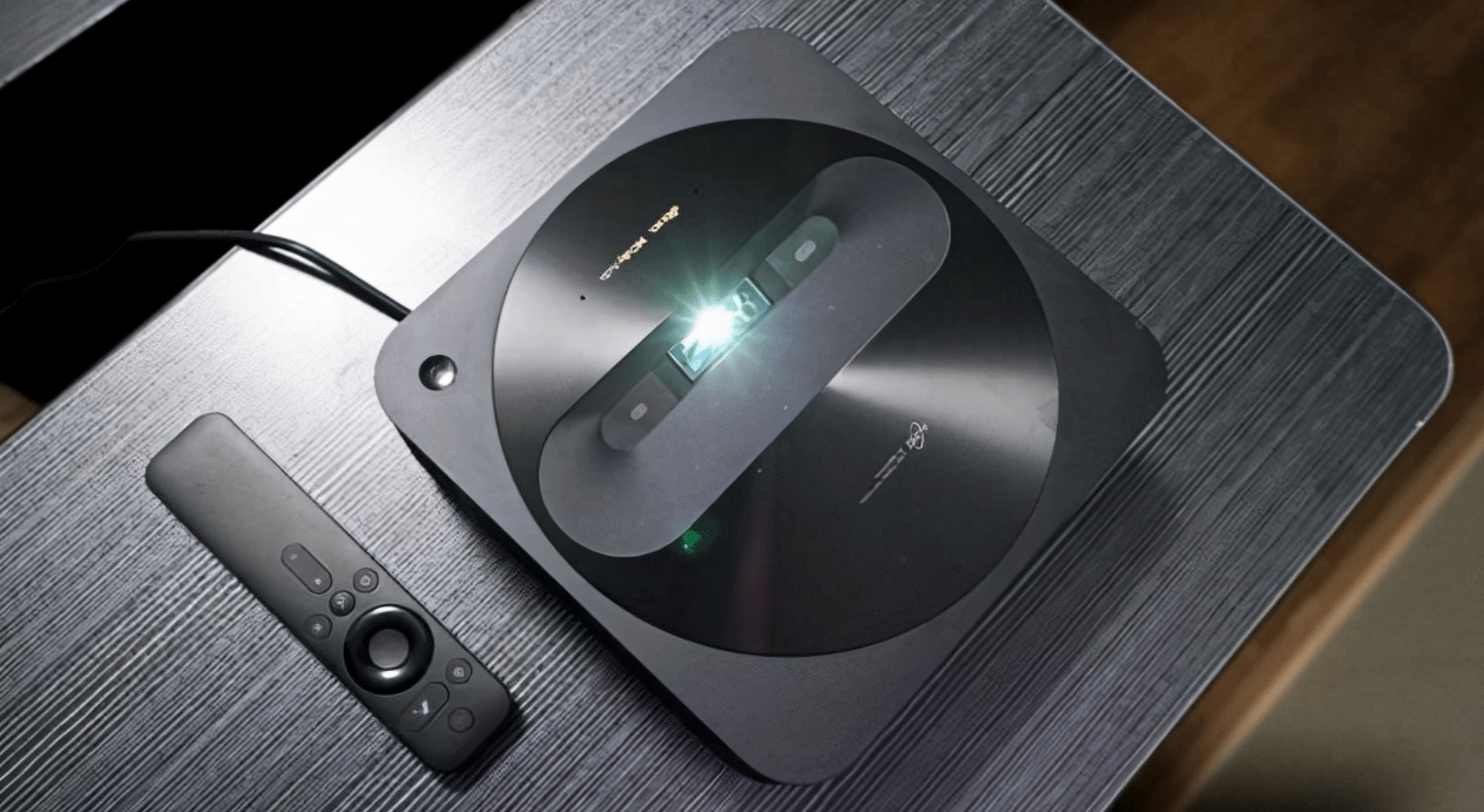 Its connection is reduced with an HDMI socket and a USB. It is designed primarily for the Chinese market, with a proprietary FengOS OS, but its menus can be configured in English. 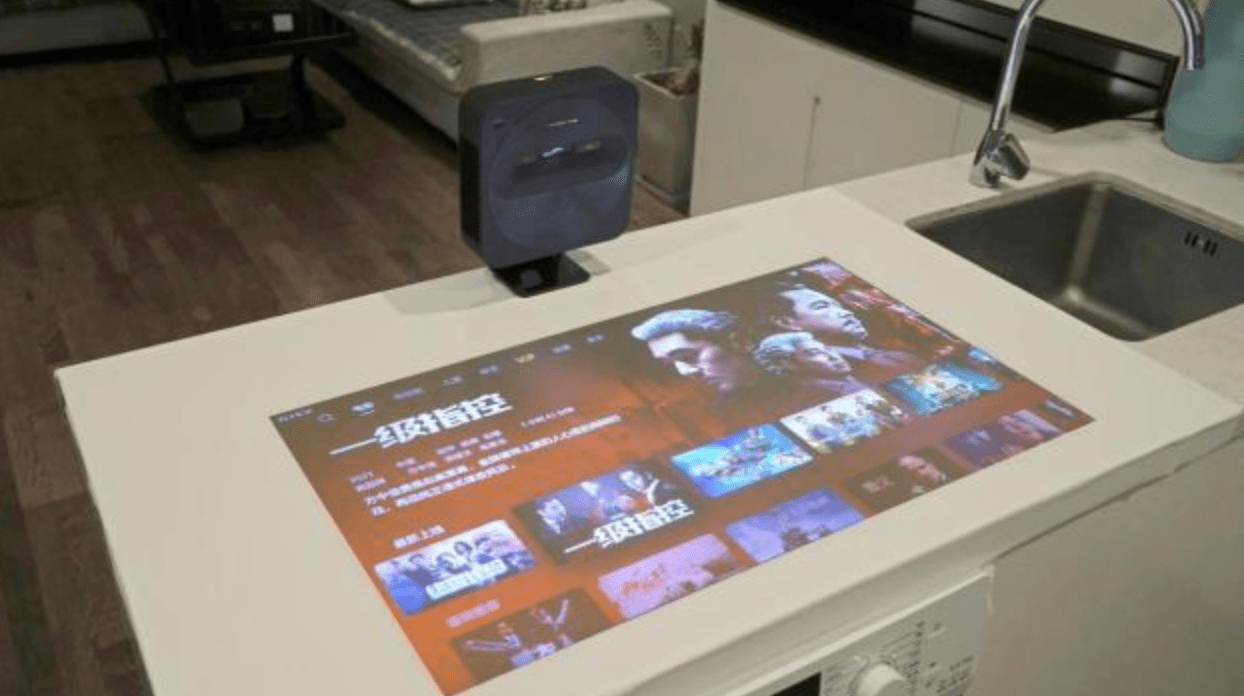 Focusing is done automatically. It benefits from an automatic omnidirectional keystone correction option, so even if the image is projected off the central axis of the screen, this device perfectly adjusts the geometry of the image.

The Fengmi R1 Nano is available for import from Hong Kong (HK) at a price including a VAT of $1099 with the discount code BGFMRNN. This is where it’s happening ( click on the link ).*