There is a lot of information on the radio about OPPO Find X5 series mobile phones that have been announced using MediaTek Dimensity 9000 and Snapdragon 8 Gen 1 processor. Today, Technology Blogger @Digital Chat Station posted a status announcing OPPO’s spring new product planned for the end of February this year. The Find X5 flagship series and several new products will launch together and are expected to feature new true wireless earbuds.

Review emperor blogger @bad previously also posted claiming that the OPPO Find X5 series will go on sale at the end of February. In addition, in March, OPPO’s first tablet will also be released. 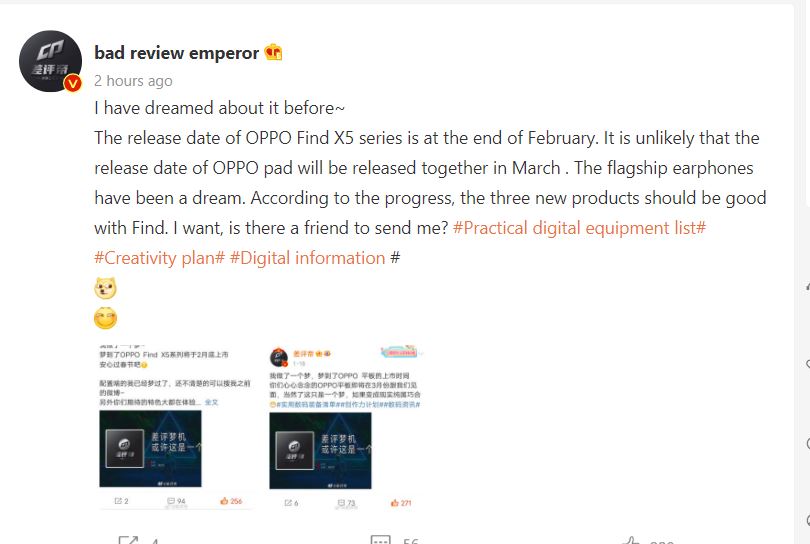 It is known that the OPPO Find X5 series has obtained China’s 3C certification. In addition, this product is also equipped with a duo of 80W wired fast charging and 50W wireless charging, etc. The standard version of Find X5 will be powered by the Dimensity 9000 platform, and this SoC is expected to be released for the first time. The Find X5 Pro is expected to be powered by the Snapdragon 8 Gen 1 and may come in a 512GB storage configuration.