On January 15, 2022, Qualcomm released its new Snapdragon 8 Gen 1 chip processor. This is the coolest processor, which has been in the news for the last few months. On the launch day, the company announced that they would launch “three arrows”. Based on this announcement, the news today is the first smartphone to equip this processor is Red Magic 7. The news from Nubia is the smartphone has finally obtained the internet access license from the Ministry of Industry and Information Technology. Even in today’s official announcement, the certification photo is released. According to the reports, we are just a step away from getting the smartphone on shelves.

As for the screen, the front of the Red Magic 7 is a 6.8-inch 1080P resolution OLED straight screen, which is expected to support a screen refresh rate of 144Hz or higher, and also supports screen fingerprint recognition. 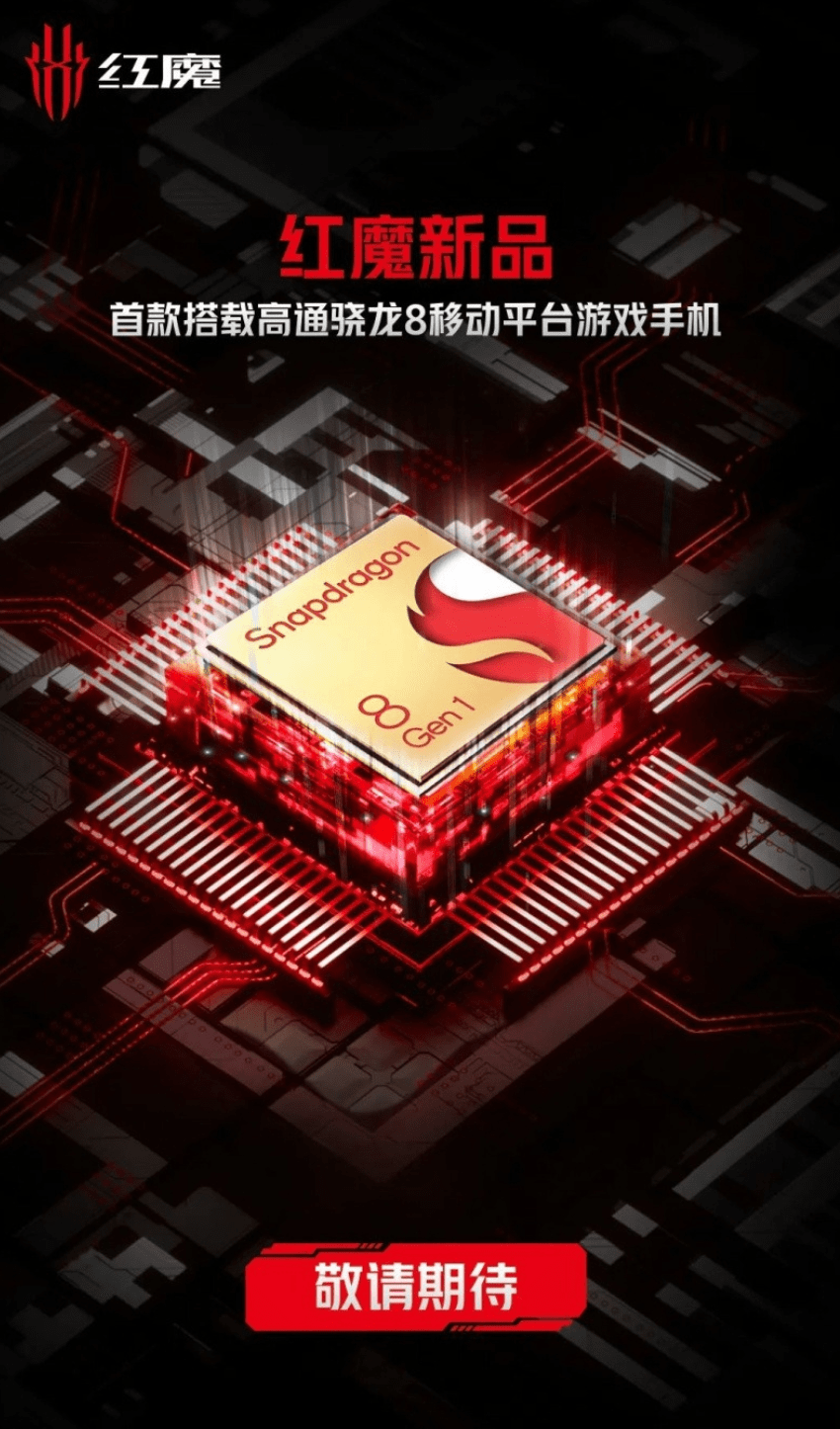 In other respects, the Red Magic 7 has a thickness of 9.5mm and a weight of 215g. It has an 8-megapixel single camera on the front and a 64-megapixel main camera.

It is worth mentioning that the Red Magic 7 will also be equipped with the strongest fast charge in the entire mobile phone industry at present, supporting 165W charging power. With the built-in 4500-mAh battery, it is likely to pull the charging speed to about 10 minutes.