The charger I have used the longest is the 20W four-port charger below. But as I have more and more fast-charging devices on hand, this charger has gradually begun to seem insufficient, so I have the idea of ????upgrading the charger. ORICO’s products have been used for many years, and they feel that the quality is quite reliable, so this time, I still choose ORICO, and I upgraded it to an ORICO 100W GaN Charger (model: PV100-1U3C).

The old ORICO users should be familiar with this kind of packaging. The combination of sky blue and white is the exclusive style of ORICO. Although the box is not big, it feels a little heavier than expected in the first hand. 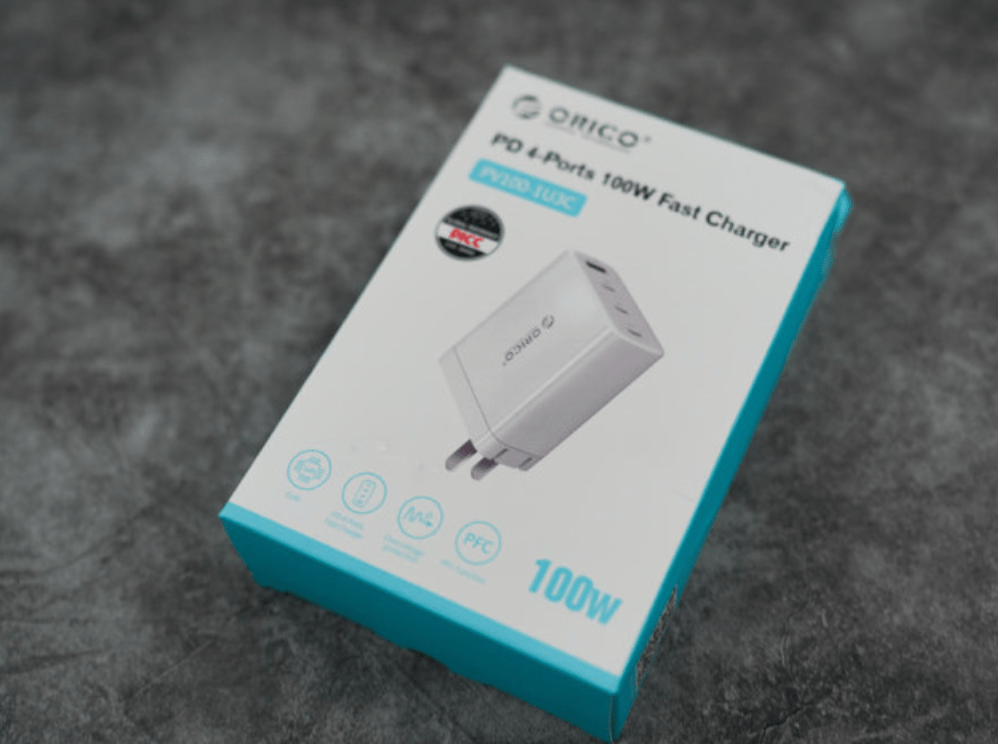 The ORICO 100W gallium nitride 4-port charger is not large, about the size of a palm. The shell is made of frosted flame-retardant material, which feels good to the touch, and the overall artistry is relatively good. 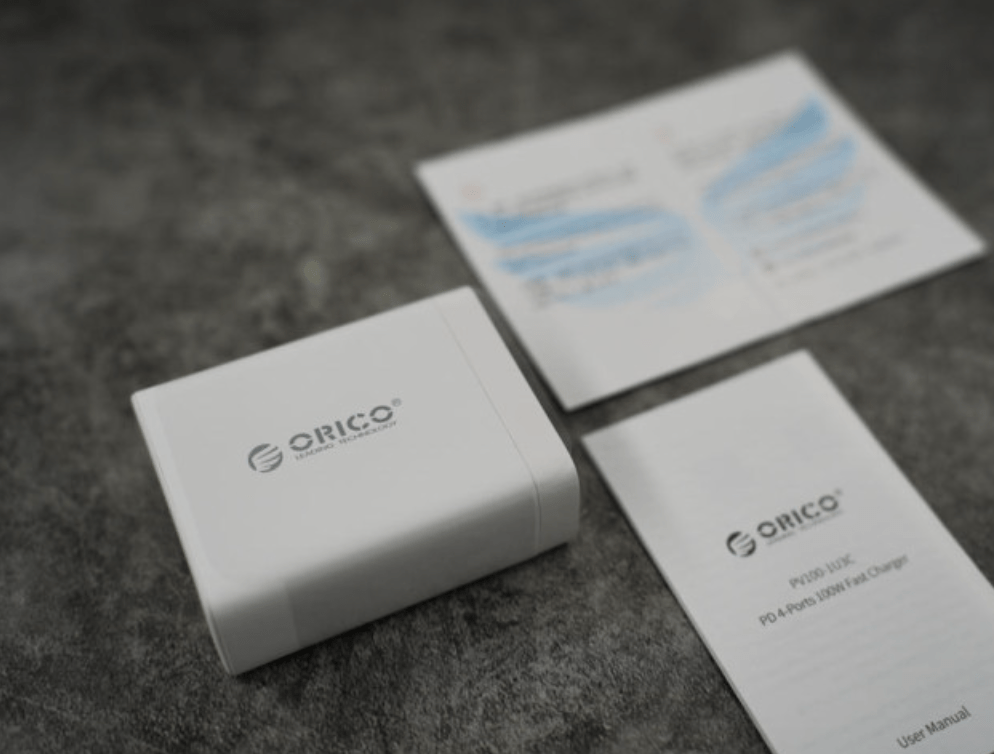 The interface combination of the ORICO 100W GaN 4-port charger is 3C1A. Currently, C-port devices are more popular, and this combination can cover the needs of most users.

The four interfaces can be used to charge devices through various combinations, or even 4 devices simultaneously, which greatly solves the trouble of carrying N chargers for my daily travel! The following is the output power under each combination scheme. As far as my personal use habits are concerned, I did not deliberately keep in mind the size of these power outputs. It has always been plugged in 4 holes randomly. 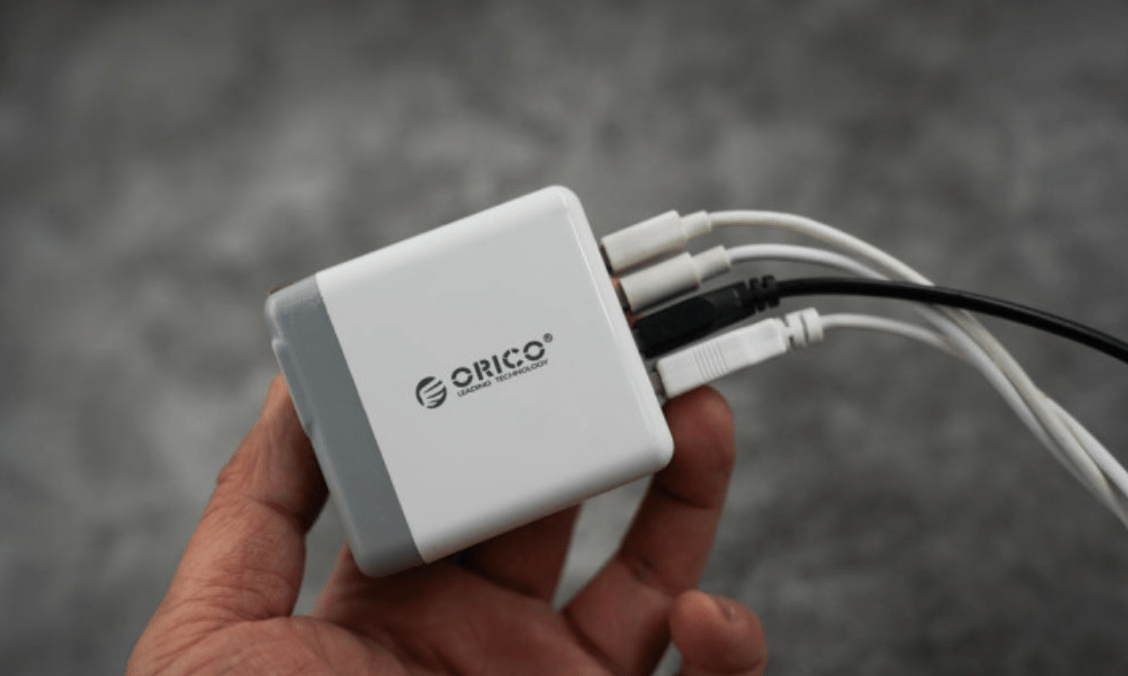 The ORICO 100W gallium nitride 4-port charger plug can be folded, which is why I am willing to carry it when I go out. I usually put it in my bag at will, and it is also safe with the mobile phone, and it will not scratch the mobile phone, case, or screen.

It supports many protocols, such as PD3.0, Huawei SCP/FCP, Xiaomi QC3.0, Samsung AFC protocol, and so on. The 100W high-power power supply can even charge the notebook. In principle, it is perfectly compatible as long as it is a notebook that supports USB-C port charging. 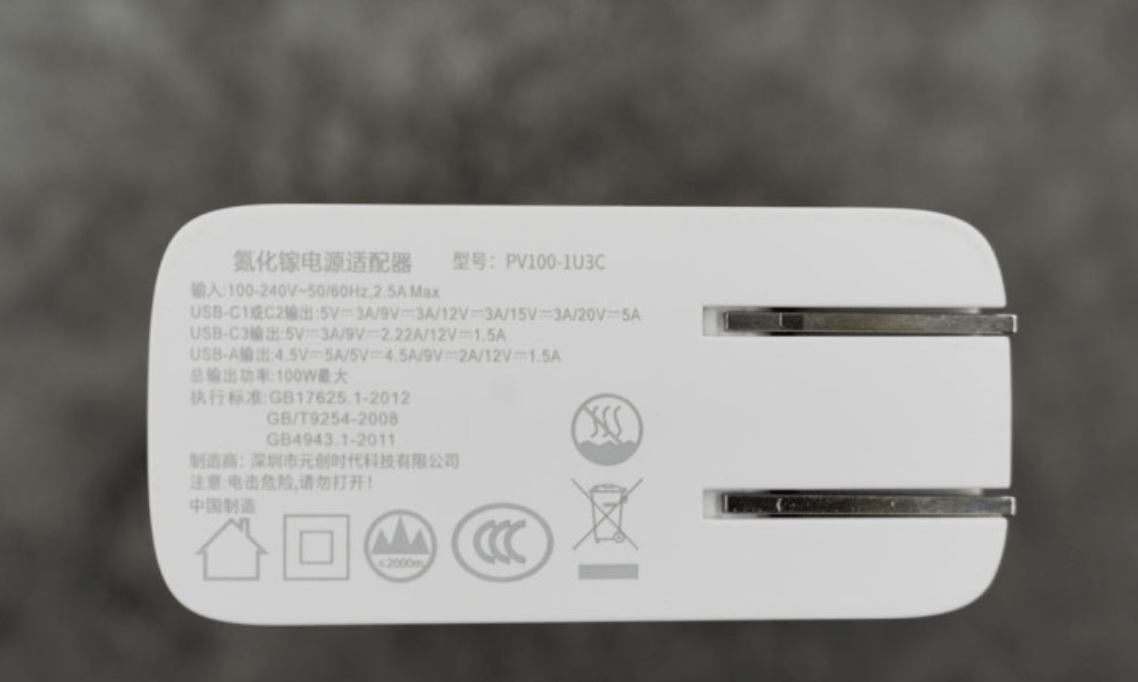 The interface configuration is shown in the figure below. Which one do you like? 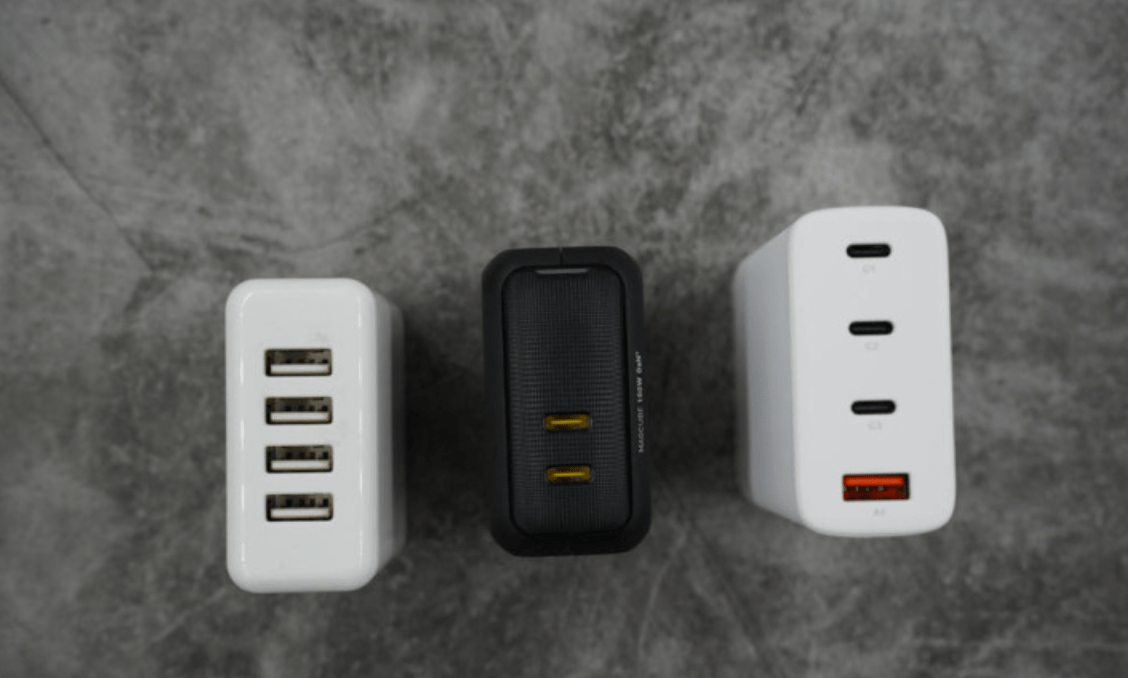 Suppose you have a notebook that supports a USB-C power supply and need to supply power to a mobile phone, or you also have various fast-charging devices such as tablets and switches. In that case, I think you must start with such a charger. 3 One C port and one A port can cope with the power supply problem of multiple devices in hand. Especially for users who often need to travel for business, a charging head can solve all the power supply, and exchange for such convenience with $40, I think it is still very cost-effective, what do you think?