If you look at the mobile phone brands with the most robust upward momentum in the past two years, then realme is definitely one of them. In the first quarter of 21, realme’s sales are close to the entire year of 2020, a year-on-year increase of 463%, and according to the third According to the latest market survey report released in the quarter, realme’s shipments rose 682% year-on-year, ranking first in the industry in terms of growth rate. The super high-cost performance is one of the important reasons for the rise of Realme. Today, the author reviewed for everyone a two thousand yuan mobile phone with a very personalized appearance and super cost performance, the Realme GT Neo2. 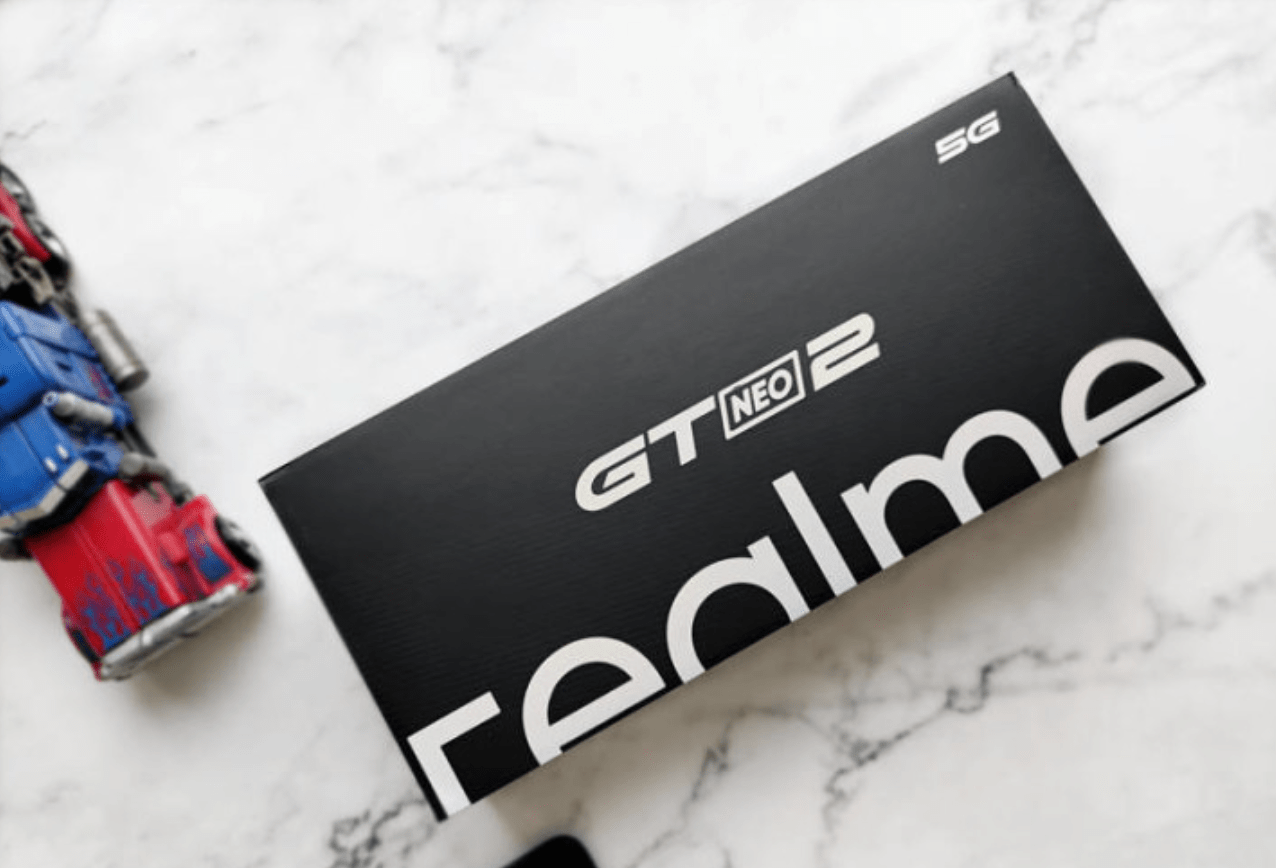 Realme GT Neo2 uses a more standard paper package, with the brand logo of the phone model printed on the front and the logo writing extending from the front to the side of the box. The brand personality is undoubtedly revealed in the small design. The back of the package is marked with product color and other information; the author is in the black mint color, 12+256G version. 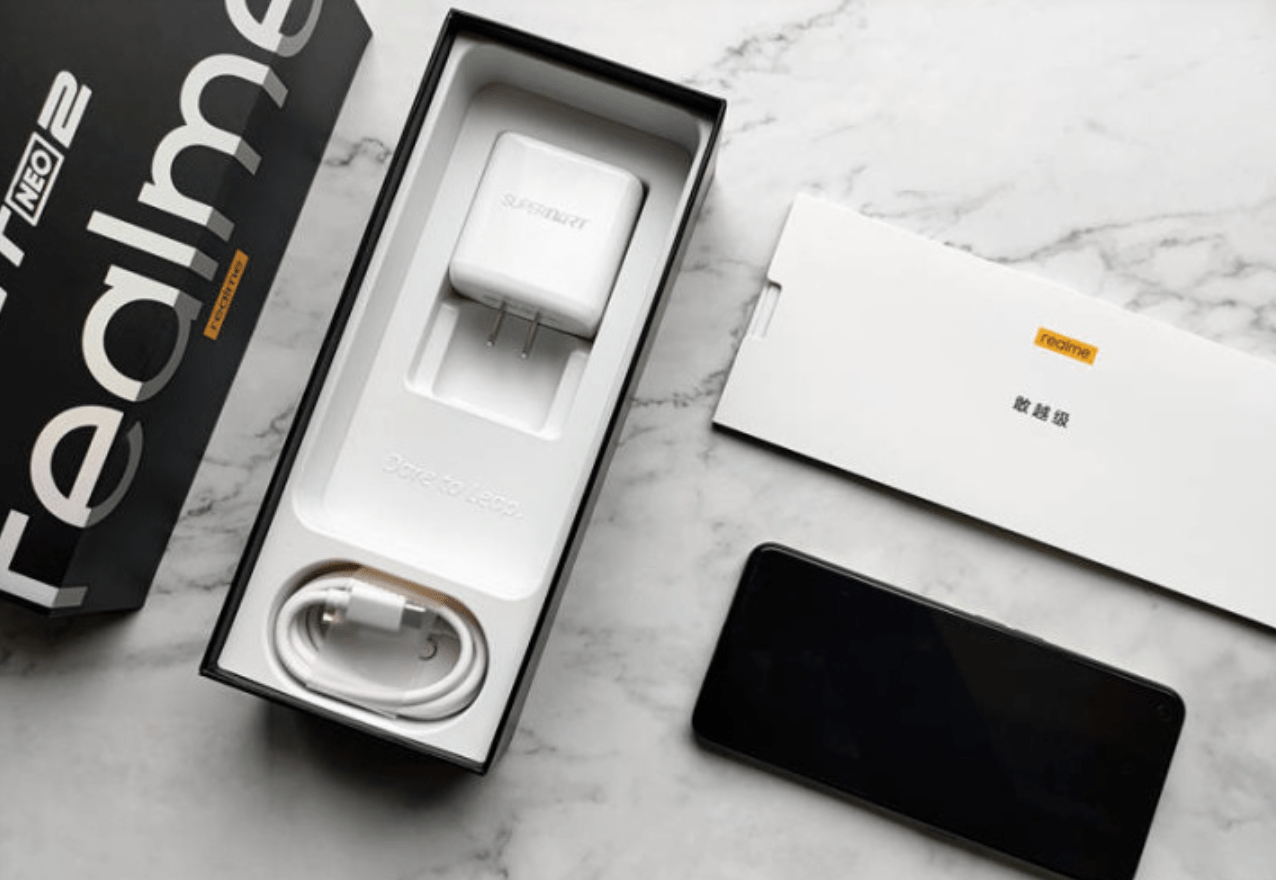 The inner packaging is straightforward; the upper layer is a white storage box, the mobile phone is placed in the middle layer, and the lower is the mobile phone case, charging cable, and power adapter.

The appearance design is one of Realme’s strengths. The products include the glamorous GT neo and the calm and elegant master exploration version. GT Neo2 continues the youth style of the previous generation, especially the black mint in the hands of the author and the back of the fuselage. The black ribbon runs through a piece of emerald green, and the contrast color design is full of personality and coquettish. 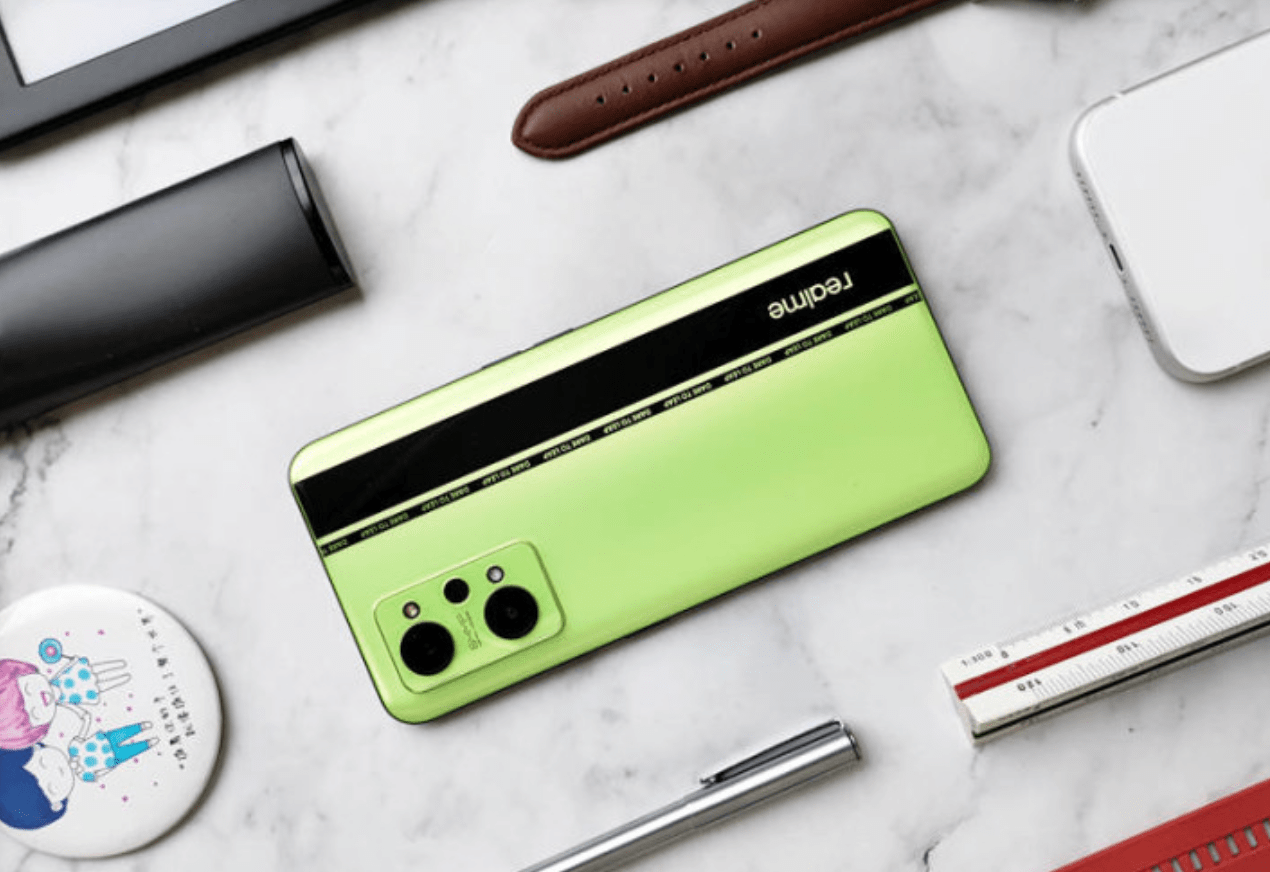 The front side uses a more popular perforated screen solution, and the width of the forehead and chin is well controlled. The back cover is made of glass, the size of the whole machine is 162.9*8.6*75.8*199.8mm, and it weighs about 199.8g. It is not too heavy for gaming phones.

The front camera is located in the upper left corner of the screen, the size is moderate, not too big, and the earpiece is set at the top edge of the screen.

It is worth mentioning that GT Neo2 uses a dual-speaker solution that supports Dolby Atmos. In addition to the speaker opening at the bottom, there is also a speaker at the top, which can bring better game sound.
The power button and volume up/down controls are set on both sides of the phone, and the two-volume buttons are independent of each other. It seems that this design has been trendy recently. The middle frame of the mobile phone has a pure black color matching, and the texture is delicate, and it is integrated with the screen. 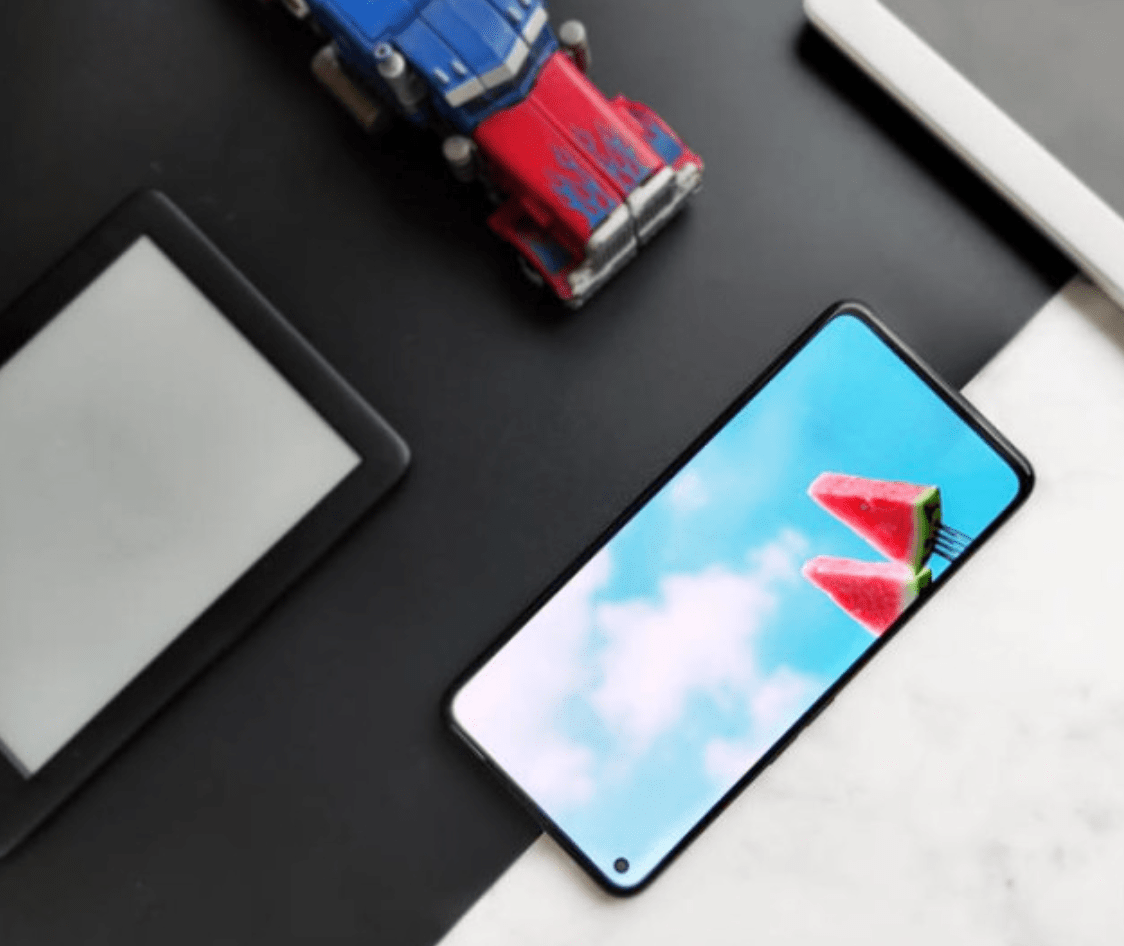 There are three color versions of the phone: black mint, shadow black, and blue. The author has the black mint version, which is also the most representative color of GT Neo2. Relatively speaking, the black shadow version is quieter, the blue version is more dreamy, and the black mint is unique and full of visual impact.

The phone comes with a 6.62-inch AMOLED screen, E4 luminous material, and a resolution of 2400×1080. We get the refresh rate of 120Hz, touch sampling rate 600Hz, and the peak brightness of 1300nit. The contrast ratio is 5000000:1. Smartphone also supports HDR10+, DC dimming, forehead, chin, narrow frame. The width is well controlled, the screen-to-body balance reaches 92.6%, and the visual effect is excellent. 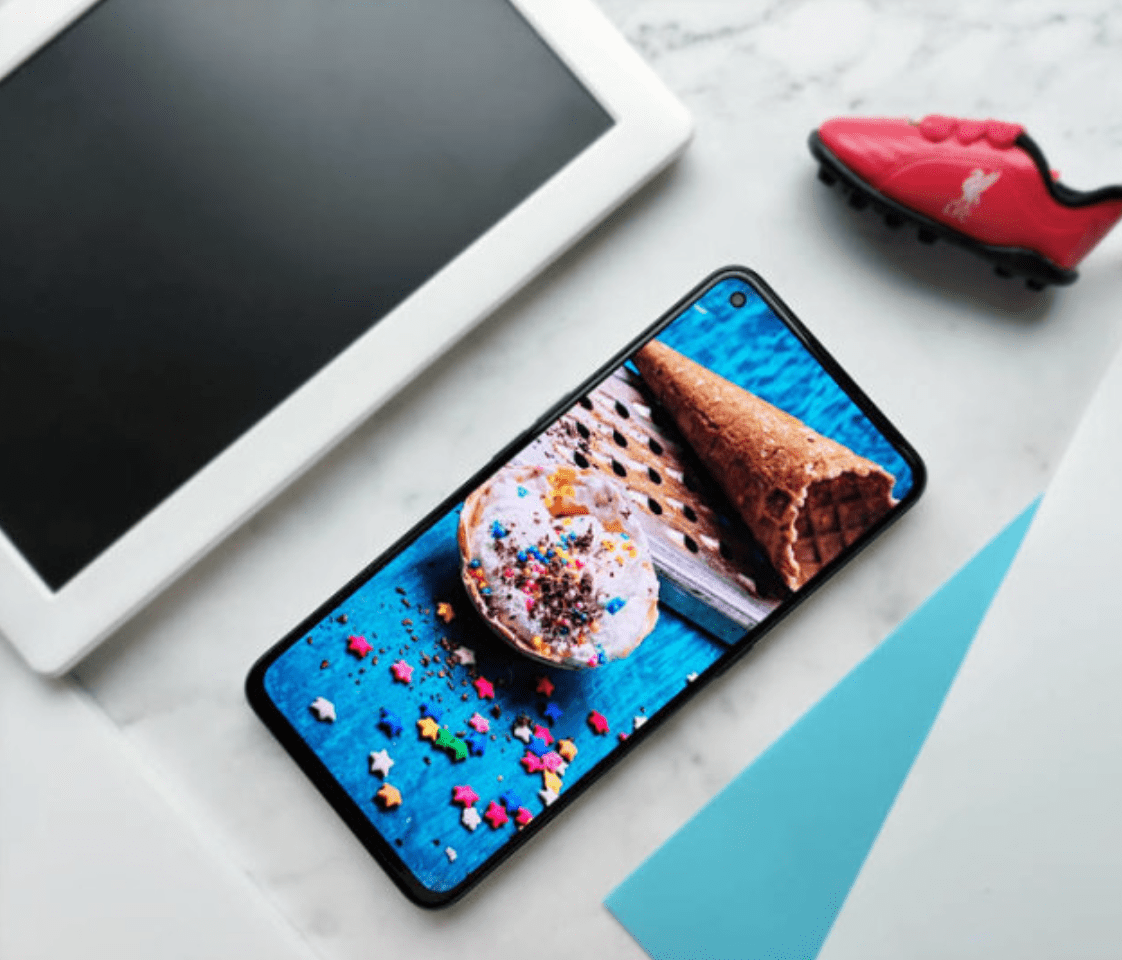 As a game-oriented mobile phone, Realme GT Neo2 has been specifically optimized for games. There is a game space function in the system. Games from the official market or third-party markets can be added to the game space. Can use the function of the game space. The game space supports functions such as four vibrations, game filters, old game sound changing, surreal image quality, pop-up notifications, shielded notifications, etc., which can be used from the game, which is very convenient.

Realme GT Neo2 uses a three-camera solution. The rear three cameras are a 6400W pixel main lens, an 800W pixel ultra-wide angle (aperture F2.3), and a 200W pixel macro lens (aperture F2.4). The main COMS model is Sony IMX682, 6P lens, aperture F1.8. IMX682 is a low-profile version of the main camera IMX686 that many flagship phones used last year. Apart from the decline in video capabilities, there is basically no difference in other aspects. 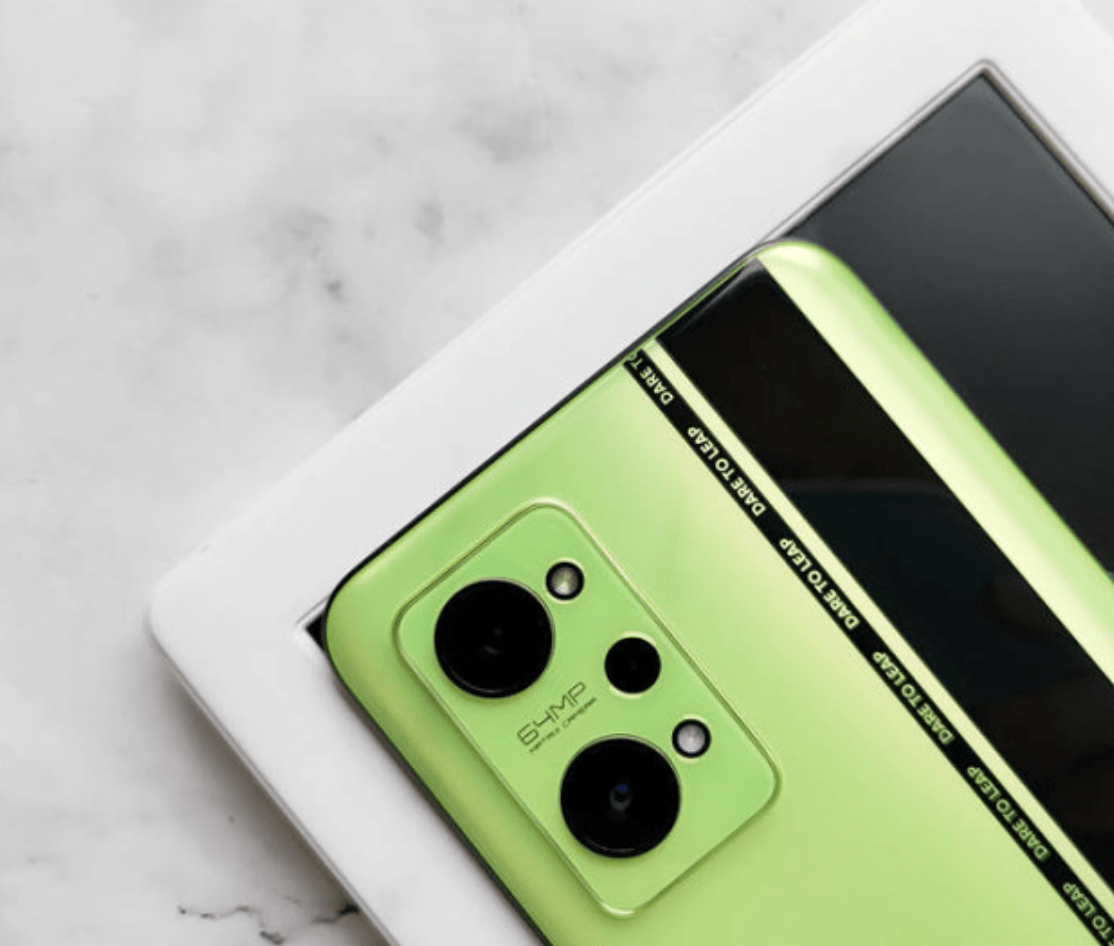 I thought that Realme GT Neo2 would focus on performance and cost-effectiveness, and it will be compressed in photos, but the actual photo effects are still very good, exceeding my expectations.

The camera is equipped with an AI scene enhancement function. After it is turned on, it can be optimized for different scenes. The sky is bluer, the grass is greener, and the visual effect is more pleasing. Moreover, although the saturation is increased, the original color of the object is not lost.

The mobile phone supports 20x electronic zoom; the effect is equal to the post-cutting. I took the sunset with 20x; the lens is very shaky, the lens is shaky, the setting sun can be seen, and the building is too muddy.

The phone comes with a built-in 5000-mAh battery. It supports 65W flash charging, and the charging speed is very fast.

The author started charging from 14% to 100% full. It took only 40 minutes, and the charging speed was very fast. 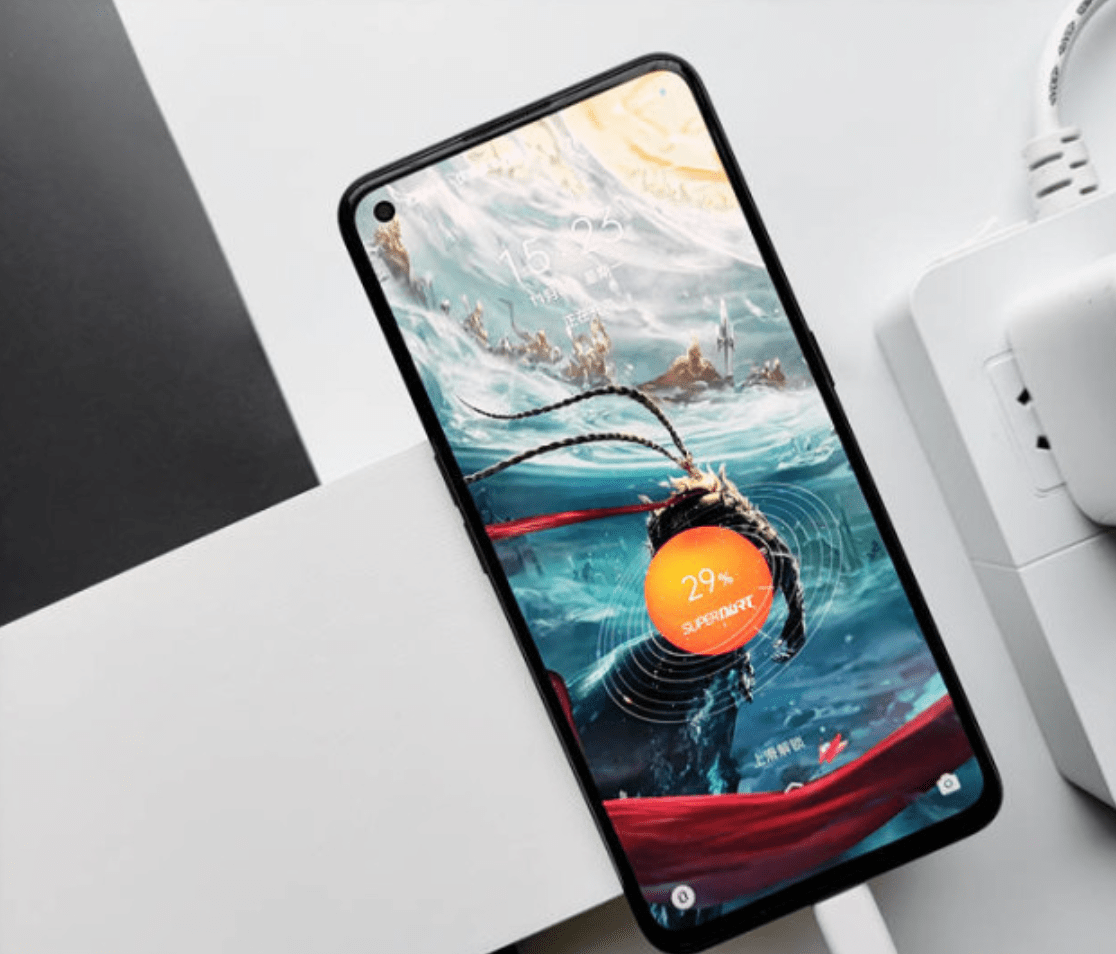 The battery life is quite satisfactory. After all, the Snapdragon 870 is not a power-saving chip. The author made a record of the electricity consumed by related activities. Among them, taking a photo for 48 minutes consumes 17% of the power. When the WIFI is on for 8 hours, the power consumption is 3%. When the WIFI is off for 7 hours, it consumes 2% of the power. The standby is still very power-saving. In addition, online video consumes 5% of electricity for 1 hour, online music consumes 3% for 1 hour, and vibrato for 30 minutes consumes 4% of electricity.

What I want to focus on here is the glory of the king. It consumes 15% of the power when playing in the balanced mode for 1 hour. However, after the GT mode is turned on, the glory of the king will consume 9% of the power (the same as the highest setting) for 20 minutes. It can be seen in the GT model. It’s still relatively expensive. As for battery life, you still need game effects. Let’s consider it for yourself.

In terms of system, Realme GT Neo2 uses its own system, called realme UI, version 2.0, which is in the same line as OPPO’s Color OS and has many similarities. In the past few days of using the author, the system is extremely smooth, fast response, no lag, the system’s functions are also very rich, covering most of the basic functions and expanded applications. Basically, you can find the functions you want to use.
The UI style is similar to Color OS11, and the flat design is extremely refreshing to use. 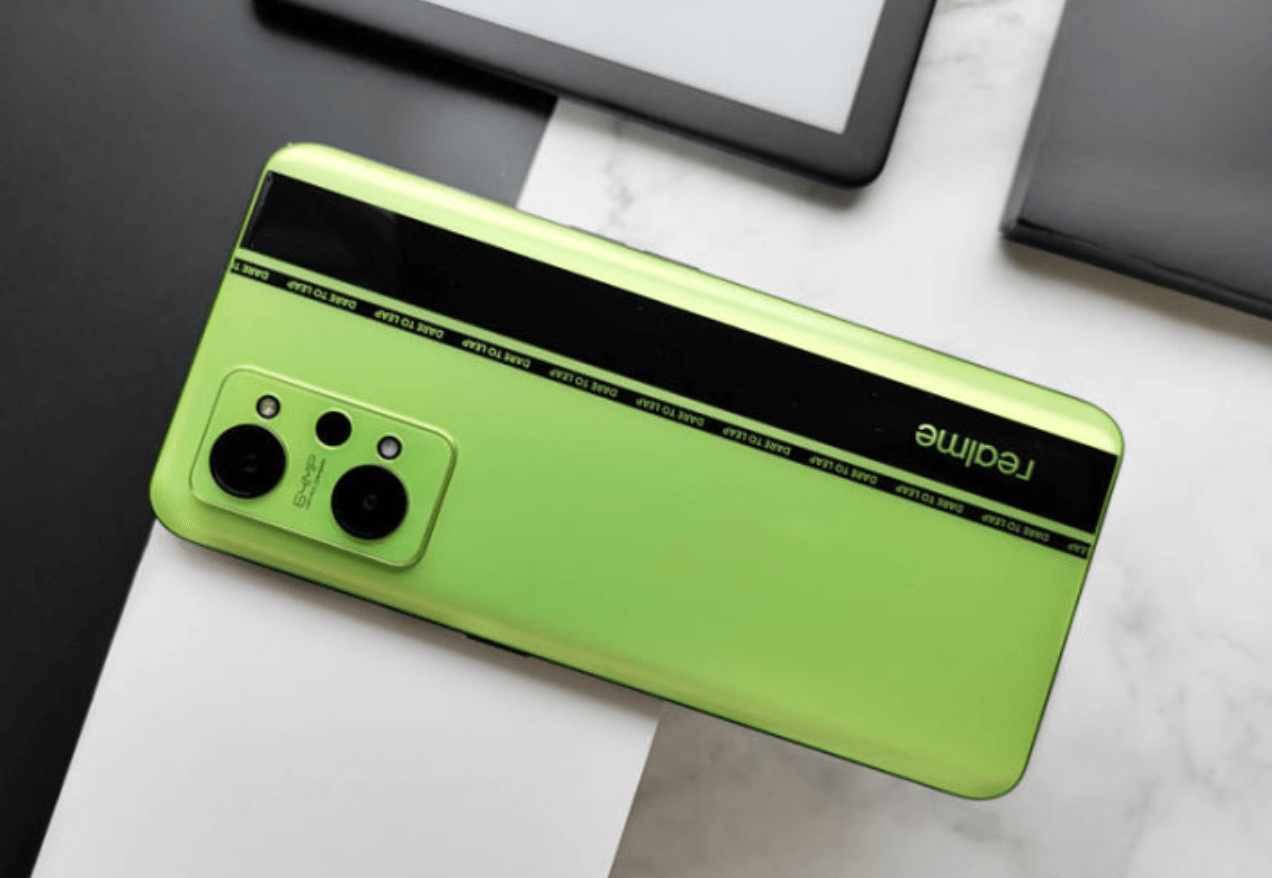 The system does a good job in privacy protection. There is a privacy substitute. You can replace the personal information that the APP needs to read with blank information. You can also lock or hide the app. The most powerful is the system clone. The settings can be created—a brand new system to use.

Negative screen integrates a variety of useful shortcut functions, butler software functions are also relatively complete, voice assistant recognition speed and accuracy are not bad. Another useful feature is the smart sidebar, which can be called out by sliding the edge of the phone. The sidebar includes the recently opened APP, Breeno screen recognition, and you can add APP by yourself, which can greatly reduce the operation steps and is very convenient.

The flashback key can save the flashback key icon on the screen after cutting out some apps, and after clicking it, it will quickly enter the cutout APP, but currently, there are a few apps supported.

Advantages: powerful configuration, excellent performance, support for GT performance mode and game space, and a good gaming experience. The appearance design is full of visual impact, and the degree of recognition is super high. Large battery, charging speed is relatively fast. It comes with dual speakers, NFC, X-axis linear motor. The system is smooth, fully functional, and quick to unlock. The screen has good visual effects and sufficient brightness. The photo effect exceeds expectations, and the cost performance is extremely high.

Disadvantages: Normal (mode) of Honor of Kings does not support ultra-high frame rate. It is not equipped with optical image stabilization, the ultra-wide-angle lens has chromatic aberration, and the macro lens has a mediocre effect. It is not equipped with a 3.5mm headphone jack. Occasionally inaccurate under the automatic brightness hanging lamp.

Of course, Realme GT Neo2 is not perfect, there are some shortcomings, but the flaws are not concealed; considering the price of the phone in the early 2000s, what else can be faulty? It is already commendable to be able to do so. In terms of cost-effectiveness, Realme GT Neo2 is definitely one of the best in the same class of mobile phones, and the performance is balanced enough. If you want to start a cost-effective gaming phone, or simply pursue a unique personality design, then this Realme GT Neo2 will be a good choice.