The FL·ESPORTS FL680 three-mode mechanical keyboard is the perfect tool for gamers who want to get an edge on their competition. This keyboard has 68 keys, RGB backlighting, and hot-swappable feature. Whether you’re playing a PC game, a Mac game, or an iPad game, this keyboard will give you the performance you need to win.

Let’s take a look at the unpacking first (tell you how to tell if someone else returned it second-hand, don’t be too troublesome). It is still such a black airplane box in the traditional style of FL·ESPORTS. The product name- FL·ESPORTS FL680 mechanical keyboard is printed on the front, and some basic information about the product is written on the back. This time, SF Express was sent by Fu Ling, so the packaging box is considered to be non-destructive, much better than the fool Yuantong and the fool Baishi. There is a fragile sticker at the opening of the box, I have torn it off.

Open the airplane box. The keyboard body is still wrapped in a dust cover and a dust bag on the airplane box . Other accessories and the warranty card are the same as the previous FL·ESPORTS fl980 . They are placed in another compartment of the airplane box. It is that FL680 comes with a two-in-one key puller and shaft puller this time, which is much easier to use than the simple shaft puller that was given before. For the cable, only one usb-a to typec cable was sent. This is a bit uncomfortable.

After all, the FL680 natively supports mac. However, Fuling also gave a usb-a to typec adapter this time, which should be used as an extension cable for 2.4g receiver with the data cable when the signal interference is relatively strong. The 2.4g receiver is separately placed in a small plastic bag (I lost that small plastic bag…). There is not much to say about the manual and the warranty card. It is recommended to read the manual more. Basically, it can solve many problems encountered by you in the process of use.

The overall shape of the keyboard.

Two-stage foot support , with a metal nameplate on the back, two switches for users to switch between wired/Bluetooth/2.4g three link modes and win/mac compatibility. I still prefer the design of physical switches. The typec port is opened in the middle, built-in (typec port and pcb are integrated), but there are burrs on the edge that have not been handled properly. The hole is relatively small, and some data lines are not supported. Two-stage foot support, integrated non-slip rubber pad , relatively tight, not easy to fall back, but too small and thin, I don’t know whether it is easy to break (be careful if you like to slap the table on the keyboard).

The fl680 is equipped with a custom-made cap yellow shaft. The tripod is transparent. The smoothness is better than the retail version of cap. It has good resilience and is thick and moist after leaving the factory. However, the second-hand market price has broken, and there is an intention. You can accept this teardown. The satellite shaft is the third-generation satellite shaft of Fuling (the first generation on the dual-mode f12 and the second generation on the fl980).

Needless to say, the quality continues to the previous level. Unfortunately, it is not satisfactory. According to the current, there were noises in the feedback, and it should be adjusted for the factory lubrication. I am fine, but I still wiped it again and got used to it (not used to most mass-produced fats) I will talk about this satellite axis separately later. The space bar is the same as the previous product. There is dust-proof tape. Pull out the shaft of the space and buckle it out from the direction of the shaft.

The battery is 2000mAh, which is a moderate size. There are many silicone gaskets on the bottom shell to fill the remaining space of the bottom shell and reduce the cavity sound. There is a small magnet on the right side of the bottom case near the edge of the keyboard, which can absorb the 2.4g receiver.

Take a look at the pcb, Evision VS11K09A-1, and the wireless module is Shanghai Broadcom’s bk3632, which supports 2.4 and Bluetooth 5.0/3.0, and has low power consumption (meaning enough battery life). I used fl680 for one night. I was satisfied with the 2.4g delay and signal stability. No problem occurred. Bluetooth 5.0 can feel more delay than 2.4g, but it’s okay. It can reach a high level.

With a battery capacity of 2000mAh, don’t turn on the lights if you use wireless, it really won’t hold up. .. The driver used the fl980 tri-mode driver. You can customize the fn layer, but there is only one layer. This time there is onboard memory. After setting the limited mode, the wireless mode can also be saved.

This time, capslock is also converted to fn function. Pressing to rebound is capslock and long press is fn, which is the same idea as annepro. This is very good (but the function is not so powerful if the fn layer has only one layer). In terms of lighting, it is about the same level as fl980, with a slight flicker, and supports music rhythm, but it is about the level of blind movement. I hope that the belly will be able to tune this feature well afterwards.

1 It’s a mass-produced product that meets the latest level of FL·ESPORTS.

2 The design is functionally relatively regular.

3 The medium-to-higher level makes people unable to pick out major problems, but there are still minor problems. The burr of the typec mouth is not too big.

4 The battery, the receiver storage method of the little genius, the strobe light, and the big key that is a little overturned in the early stage (insufficient tuning will blind the satellite shaft. If you feel that it is not working, you can directly replace it. 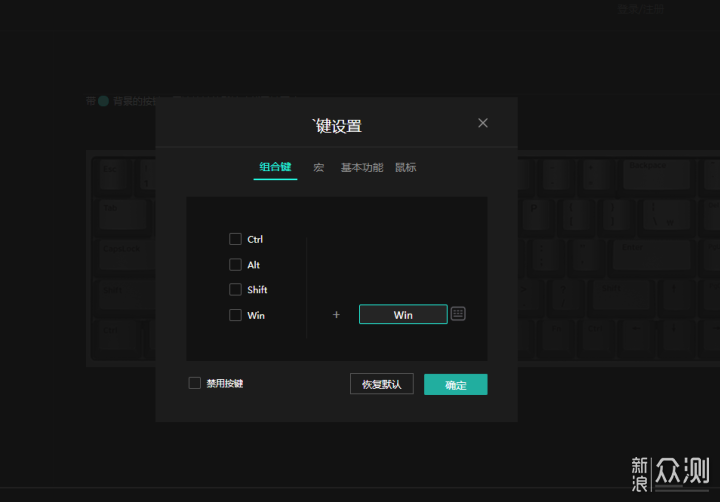 Second, it is not! branch! hold! change! key! In the driver, only one key can be changed to a combination key or a function key, and the key cannot be changed separately. With this configuration, it is not difficult to make a change key, right? It is not required to support multi-layer switching like customization. How can you have to give at least one key change function?

Third, the quality control problem. My backspace button is obviously too fleshy. I can’t save it when I replaced it with gold powder. I think it’s a problem with the satellite axis. Bear it, if this is the space meat, it is not going to be upsetting.

Fourth, there are currently only two types of shafts officially given. This is obviously very unfriendly to students who don’t plan to change shafts. It is better for the manufacturer to quickly provide more choices for everyone. .

See the Price of FL·ESPORTS FL680

Hit it again), combined with the price of $94.4, it is still a cost-effective strategy. Anyone who has wireless 68 needs can consider it. I don’t know if it will be equipped with other axles, such as the Kailh Box Switches , but given that the f12 is still on sale, it should be choking and will occupy the niche.