In recent years we have seen a growing number of manufacturers of Chinese origin immersing themselves fully in the world of laptops, although most of them seek to keep their prices contained with a modern and quality design that logically leads to consider limiting the hardware. If you are looking for a model that does not skimp on its specifications, the KUU G3 seems to be a great option. KUU Laitnin G3 is a mid-range laptop that offers a more than interesting balance with a next-generation design that looks really good at first glance, while inside the use of an AMD processor with options of up to 16 GB of RAM memory. 512 GB of storage in SSD format and a 15.6-inch Full HD screen should be enough for the requirements of an average user. 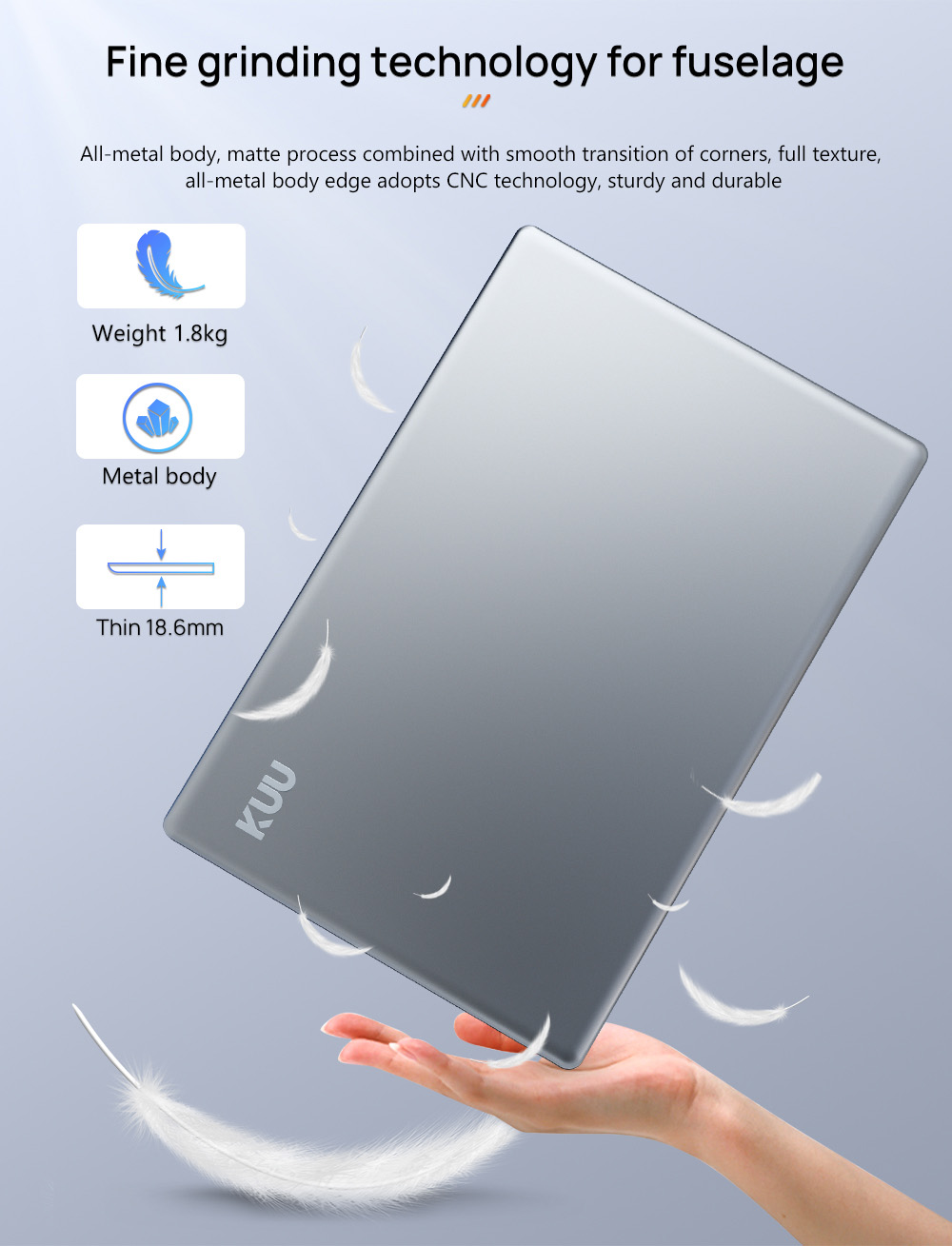 Although it cannot be said that this computer is the lightest or smallest that the brand has made; the end result is more than acceptable when you take into account the overall dimensions of its screen. Basically, the official size of the computer is 359.3 x 236.8 x 18.65 mm; while its weight rises to 1.8 kilograms. 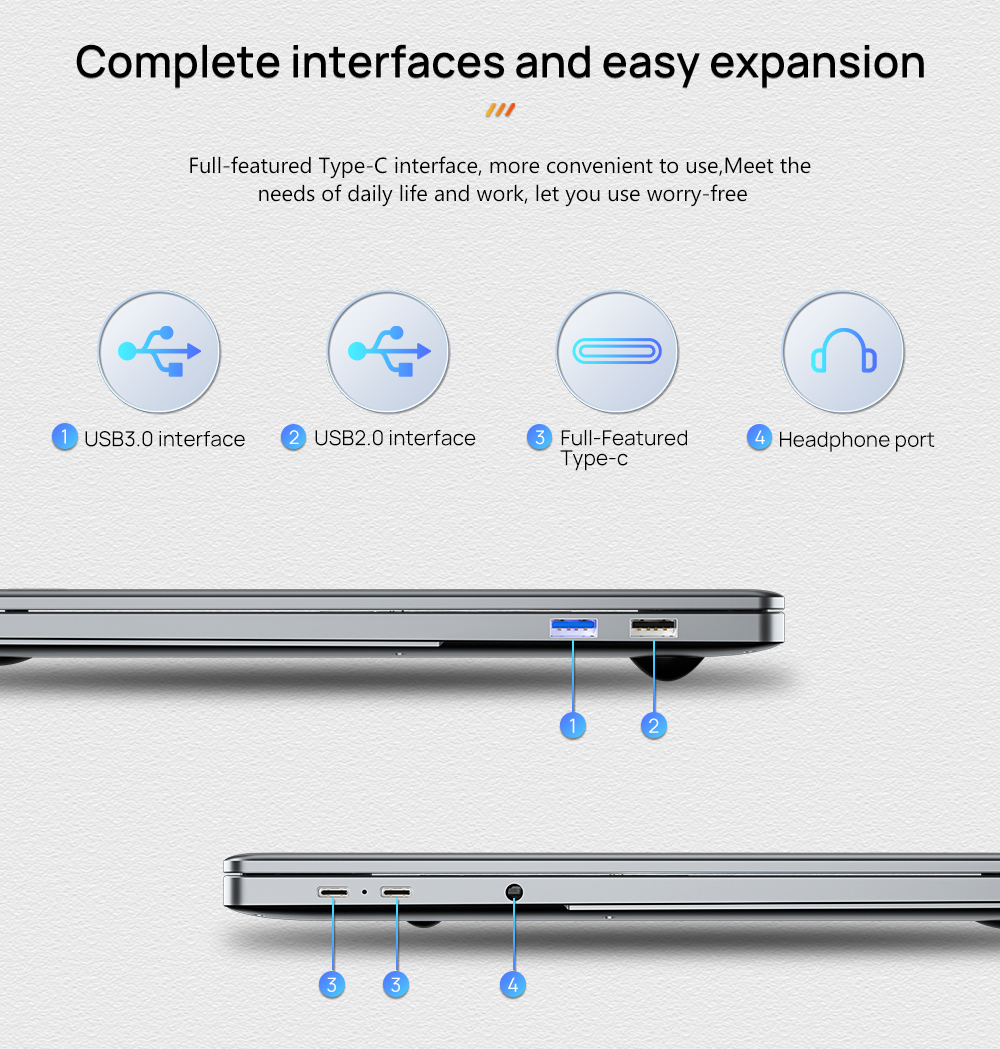 KUU G3 is marketed in a single silver color along its entire surface; while its manufacture uses aluminum alloy materials that promise good durability over the years; as well as withstand minor shocks without problems. On its frames are present its physical connections; which more than comply with the addition of two reversible USB-C inputs; as well as two other USB-A 3.0 and the classic 3.5 mm headphone jack. 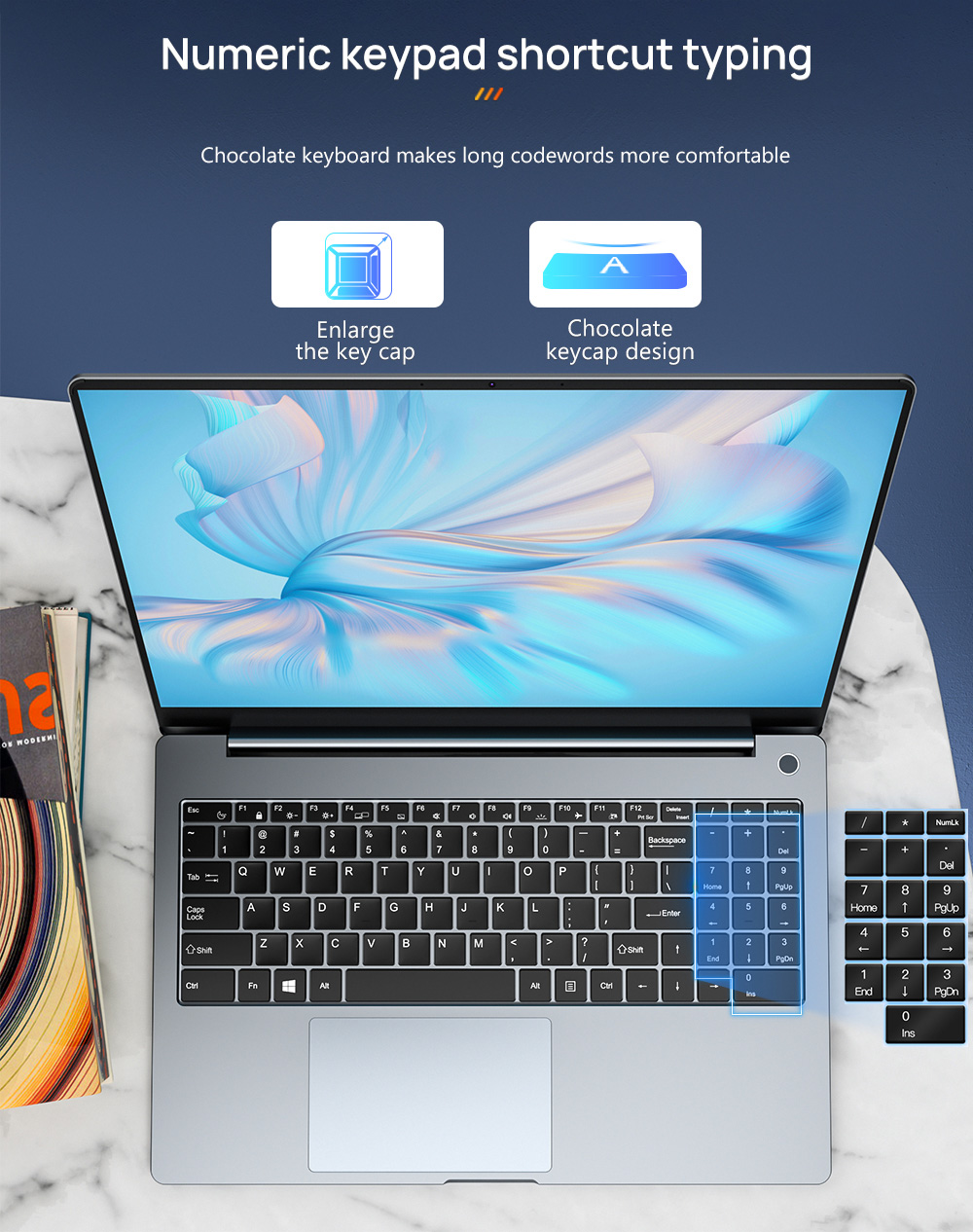 Finally, the laptop has an additional in the presence of an integrated fingerprint sensor above the power button to facilitate access without losing extra privacy/security, while for use during night hours or in environments with poor lighting. , its full-size keyboard has a blue backlight system along each of its keys.

Performance According to The Mid-Range

Before indicating each of the components that make up the KUU G3, it should be made clear that throughout the stores you can find the laptop with the name of KUU Laitnin G3. To avoid confusion, both denominations refer to identical technical specifications and designs, so there will be no problems when choosing the best possible price. 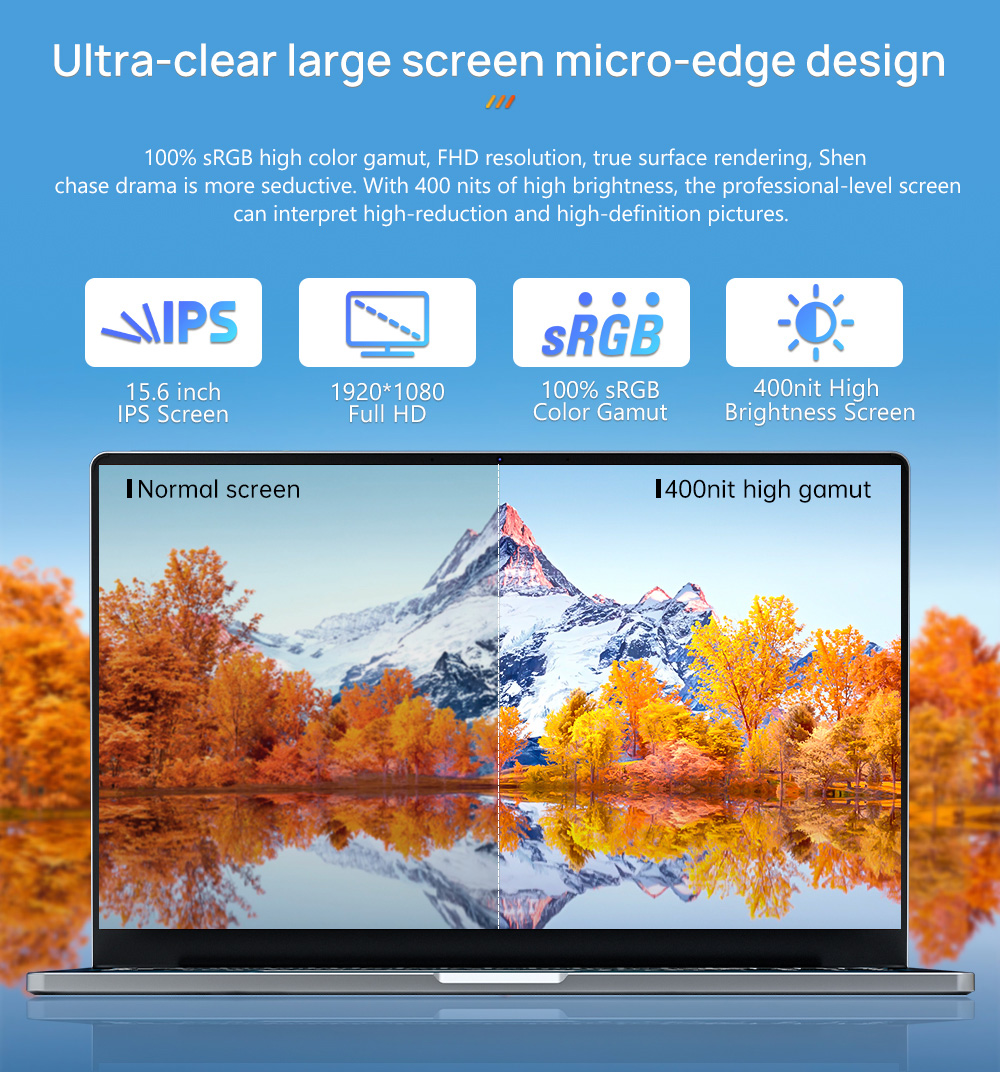 Thus, the team makes use of a 15.6-inch screen with a native resolution of 1920 x 1080 pixels at a refresh rate of 60 Hz, while the good work done on its bezels improves the feeling of immersion with a thickness measuring just 6 mm along its four sides and allowing it to reach 90% of the total front surface. 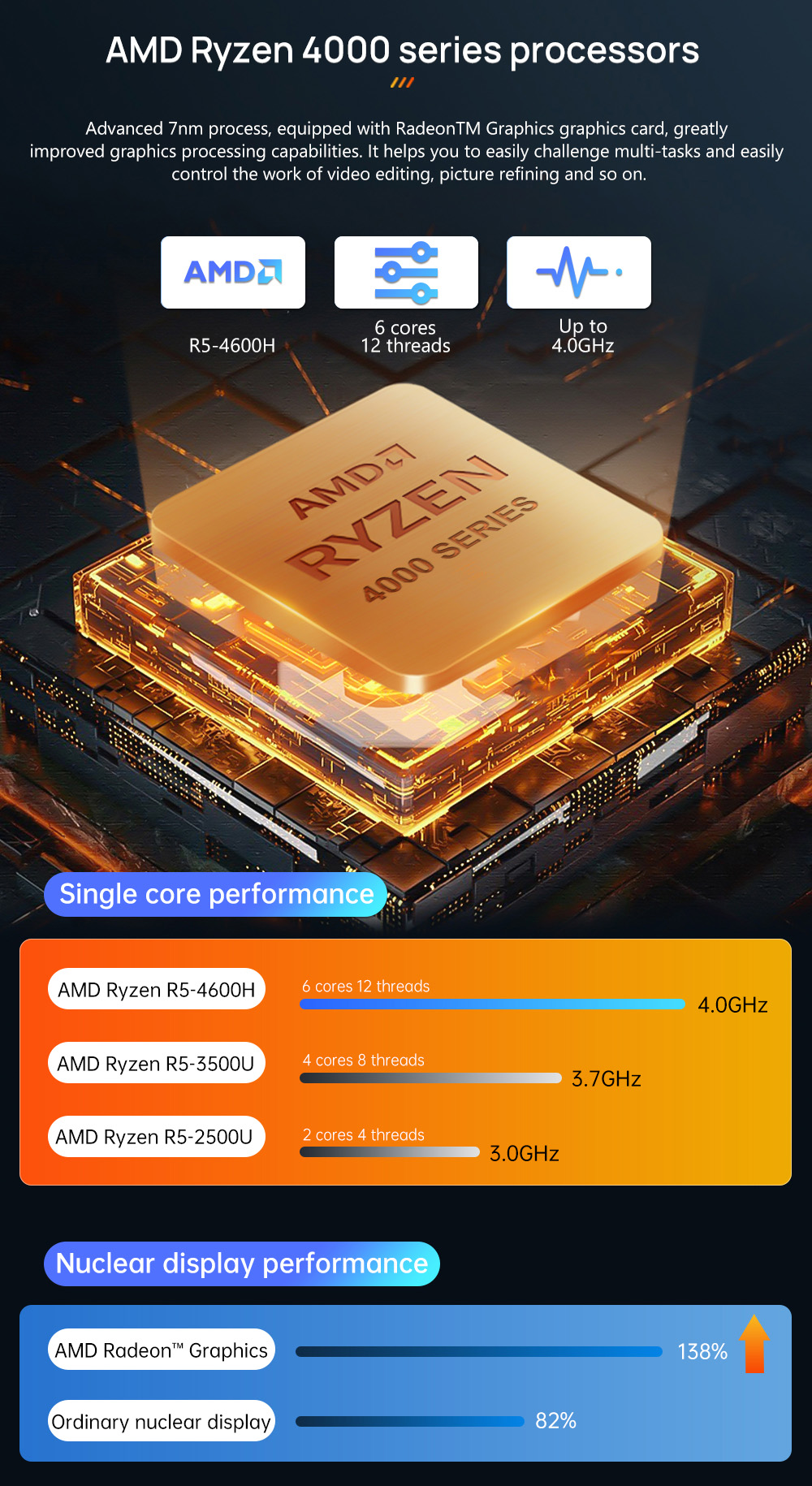 Inside, a processor in charge of AMD corresponds to the R5-4600H model composed of a total of six cores; a 7-nanometer manufacturing process, 12 threads, and a maximum speed of up to 4.0 GHz; that is, a clear improvement compared to As seen in other brand proposals such as the KUU XBOOK with an Intel Celeron 4115 processor. 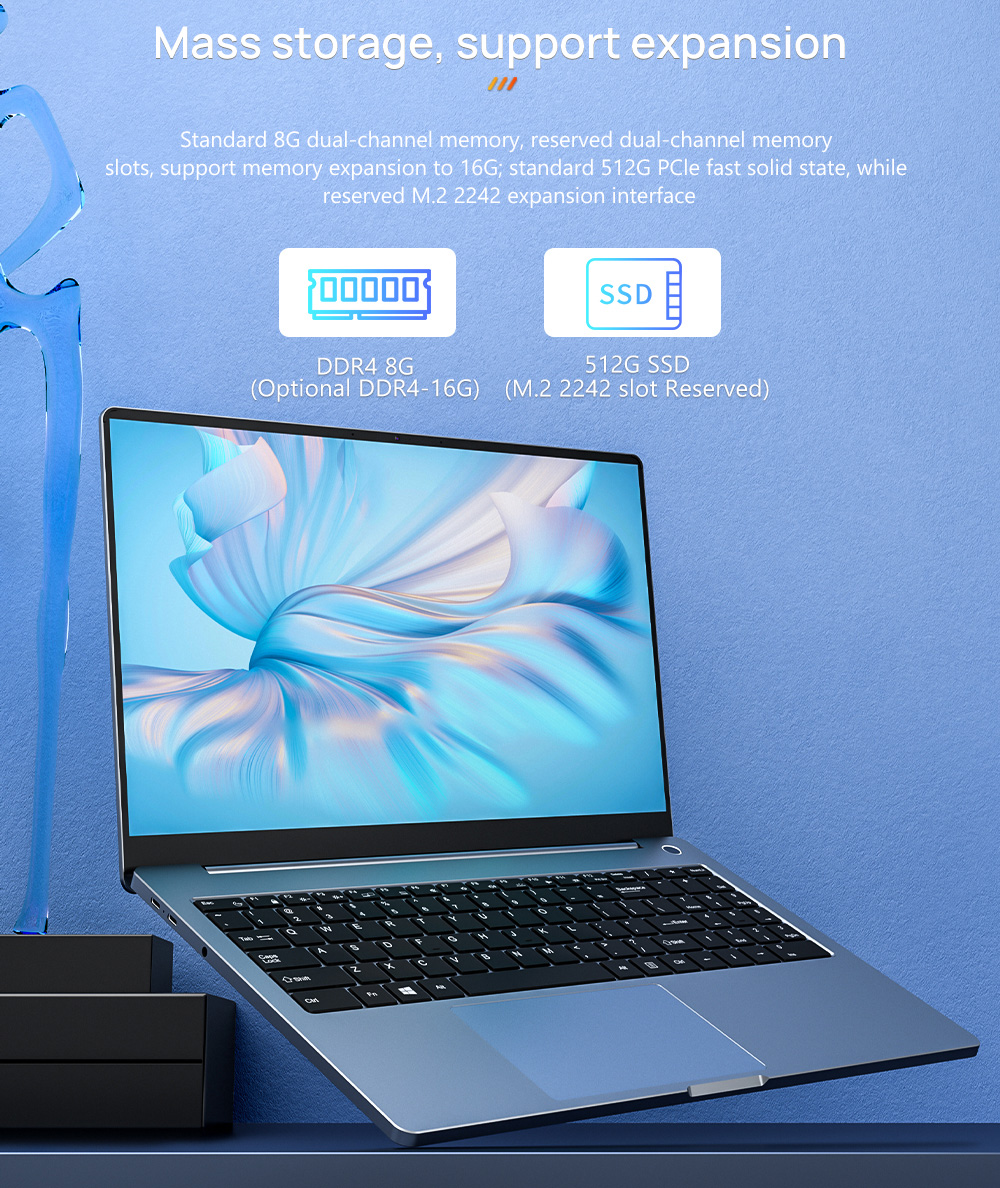 Finally, there is an integrated AMD Radeon graphics; versions of 8 and 16 GB of DDR4 RAM available, and an internal storage system of 512 GB in SSD format to optimize the speed of reading/writing files; as well as reducing time Waiting for the operating system to start when the computer is turned on. 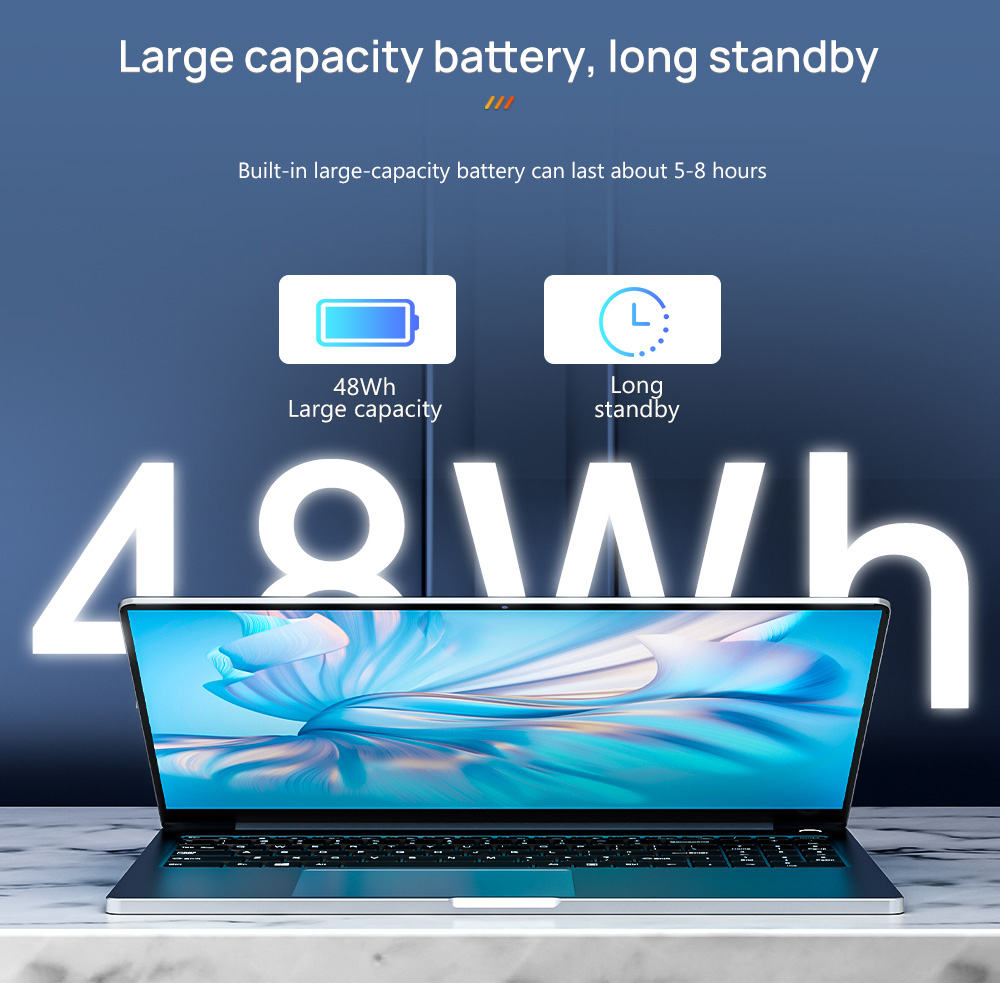 The laptop does not forget to add a factory Windows 10 operating system to be able to get the most out of it from the first minute; while its integrated battery with a capacity of 45.6 Wh achieves a fairly conventional autonomy; that varies between 3 and 5 o’clock. hours of uninterrupted use depending on the type of activity carried out.

As a negative point to mark on the KUU G3, it could be located to its integrated webcam; since the minimum quality of 1 megapixel will not allow achieving a good viewing experience before video calls; even in daytime environments or with good surrounding lighting. 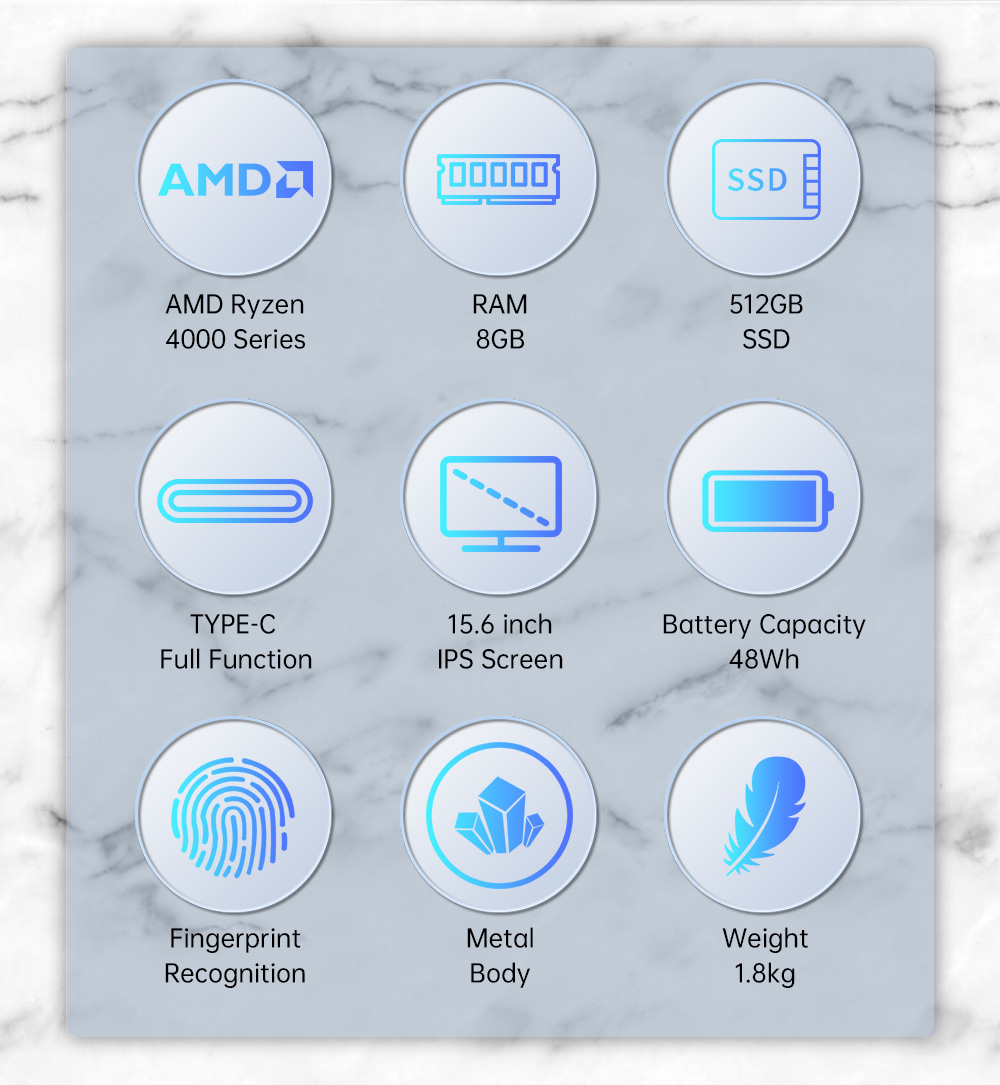 The final analysis puts this protagonist in a good price-performance ratio; that will satisfy users accustomed to conventional leisure or work tasks without losing fluency, but of course; it will not be enough for more demanding situations such as gaming or professional software execution.

You can find this amazing KUU G3 AMD Ryzen R5 15.6″ Laptop From Geekbuying.com at a price of $669.99 with an incredible discount.