Ulefone is known for its rugged smartphones, and nowadays, every rugged phone manufacturer is focusing on larger batteries. The most selling Armor series is here with the new upgrade. Ulefone launched the successor to Ulefone Armor 12. The new Ulefone Armor 13 smartphone arrives with a 13,200-mAh battery. The battery is the world’s largest battery in the smartphone.

In the market, only a few manufacturers have launched the smartphones with 10000-mAh batteries. This smartphone is a new edition to the list. The battery is not the one which will impress you, we got some exciting features too. 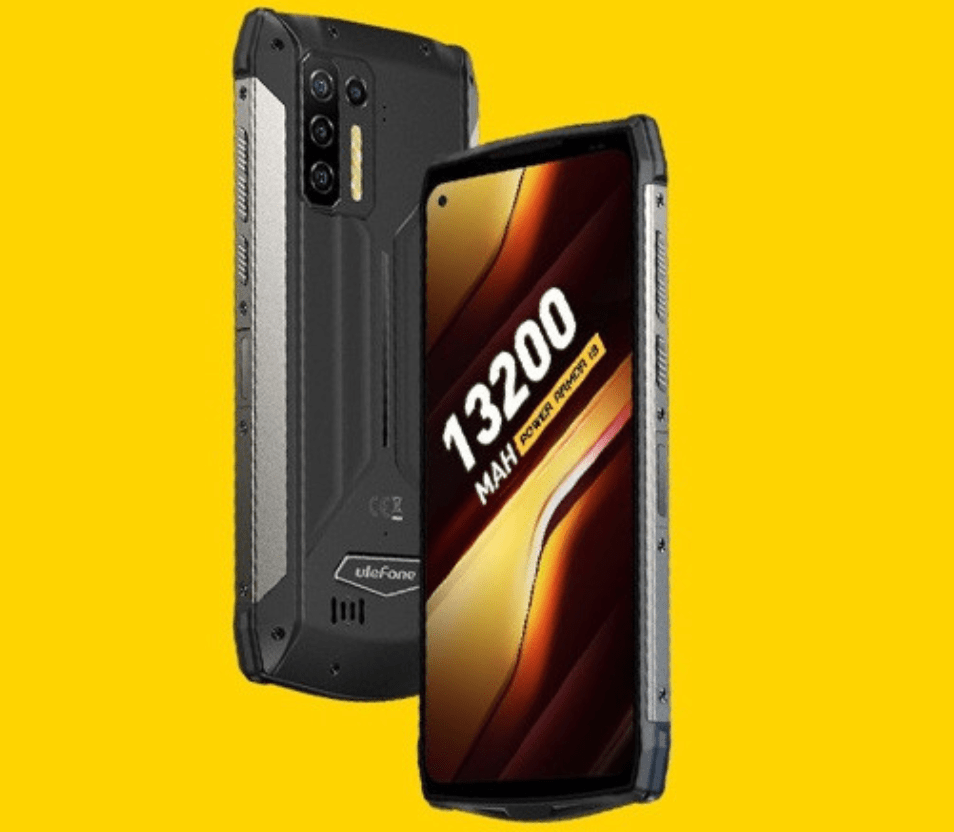 The new Armor 13 smartphone comes with a MediaTek Helio G95 chipset. Along with this, we get the 8GB RAM and internal storage of 256GB. Coming to the display, we get the 6.81-inch large Punch Hole HD+ screen. On the back, the smartphone gives us the 48MP Quad camera setup. Along with this, for selfies and Video calling, we get the 16MP snapper. Similar to other rugged smartphones, Armor 13 gets an infrared sensor on the back. For dust, drop and water, we get the IP68/IP69 and MIL-STD-810G certification.

For the large battery, we get the 33W fast charging and a 15W wireless charging device. The smartphone is also able to reverse charge with a power of 5W. Ulefone Armor 13 will be a very helpful smartphone for any traveller out there. It will help you in no man’s land area and while any outdoor adventures.

Ulefone Armor is now available at just $299.99 on AliExpress. This is an introductory price for several days. So grab your smartphone now. Also, you can visit the official website for more information on the smartphone.