When it comes to the business model of mobile phones; many people have a mature and stable impression and even have an inherent feeling of squareness and thick appearance. But nowadays, there are more young people in the business field; so it is more necessary to meet the trend configuration elements that young people like. Motorola has given a better choice for the cutting-edge business crowd in response to such market demand: Motorola Edge S Pro.

For a long time, Motorola’s edge series models have carried the brand’s business genes. The series is aiming to find a balance between work and entertainment. The brand-new Motorola edge s pro goes one step further, integrating the flagship mobile phone elements that young businesspeople like in one. 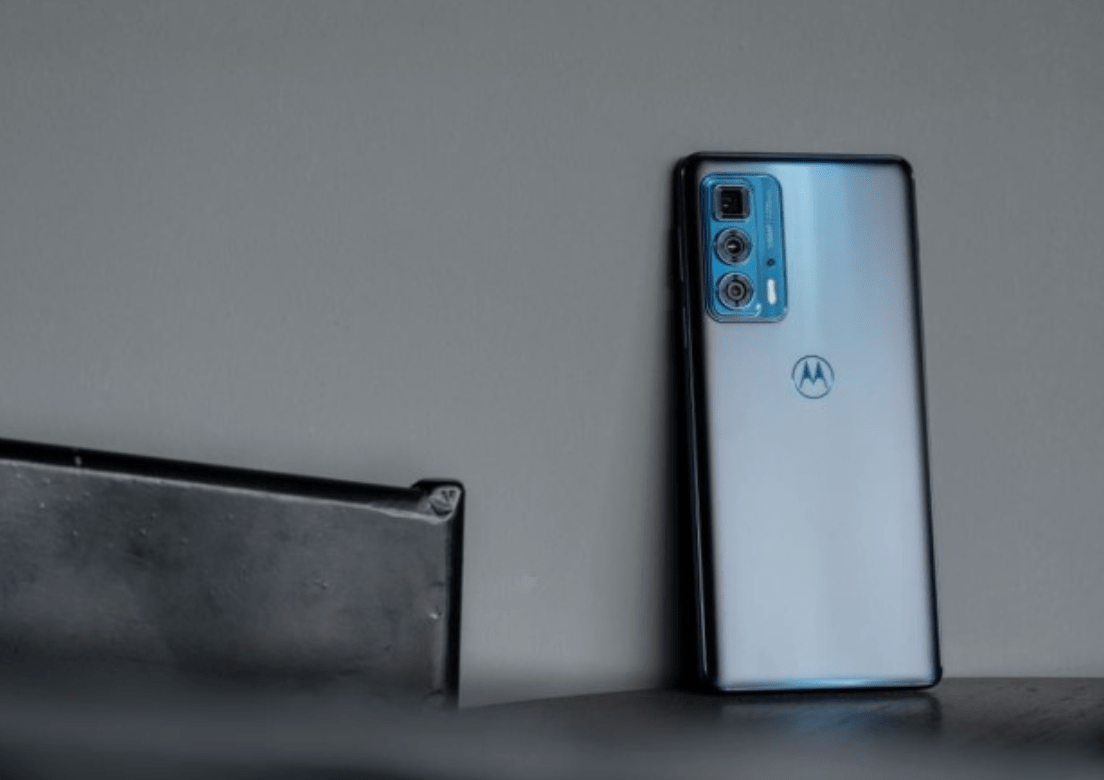 Fortunately, to get started with this new Edge S Pro for the first time; so this article will share with you the actual feelings brought by this balanced business flagship.

Appearance: stable and strong, but light and comfortable

As mentioned at the beginning, there is an inherent impression of being square and solid for the models with traditional business positioning. But on the Motorola edge s pro, it has a sense of maturity and a sense of lightness and comfort.

Because on Motorola edge s pro, the appearance is simple and regular. The middle frame uses a slightly straight-sided design, and the rear camera is also surrounded by a regular rectangle, flush with the middle frame. Relatively speaking, the current trend models all use the arc-edge middle frame and camera collocation; Edge s pro appears more “righteous” and simple. 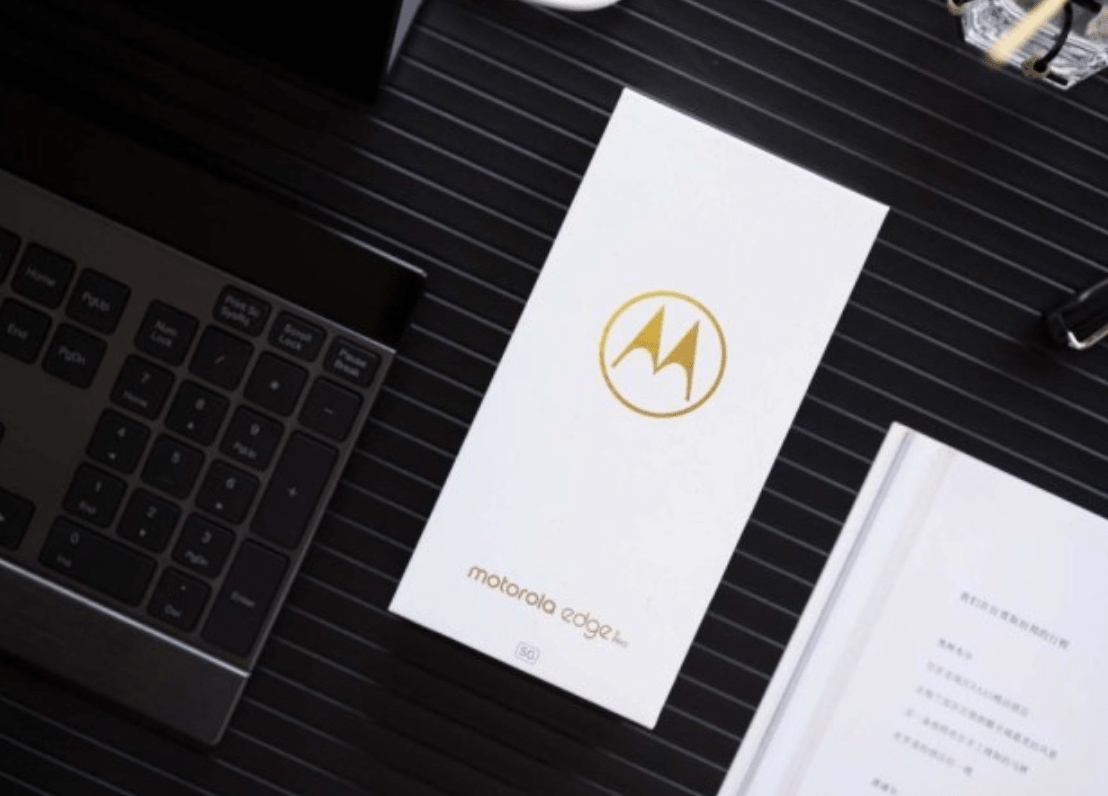 Motorola edge s pro uses AG frosted glass on the back cover while adding a touch of deep light and shadow reflection inside. The one I started with is the Jingyesi color scheme. The blue AG frosted glass back cover has deep reflections of light and shadow, coupled with the simple and regular overall lines, it is really very business-like, and the vision is very comfortable.

The width of the fuselage has reached 76.09mm, so it is relatively full in hand, rather than being light and light.

The front of Motorola edge s pro comes with a relatively large screen, 6.7 inches. The front camera is centered with a hole. At the same time, Edge s pro gives a design with four sides close to equal width. It is visually more symmetrical and simple, with a sense of regularity of traditional business elements. 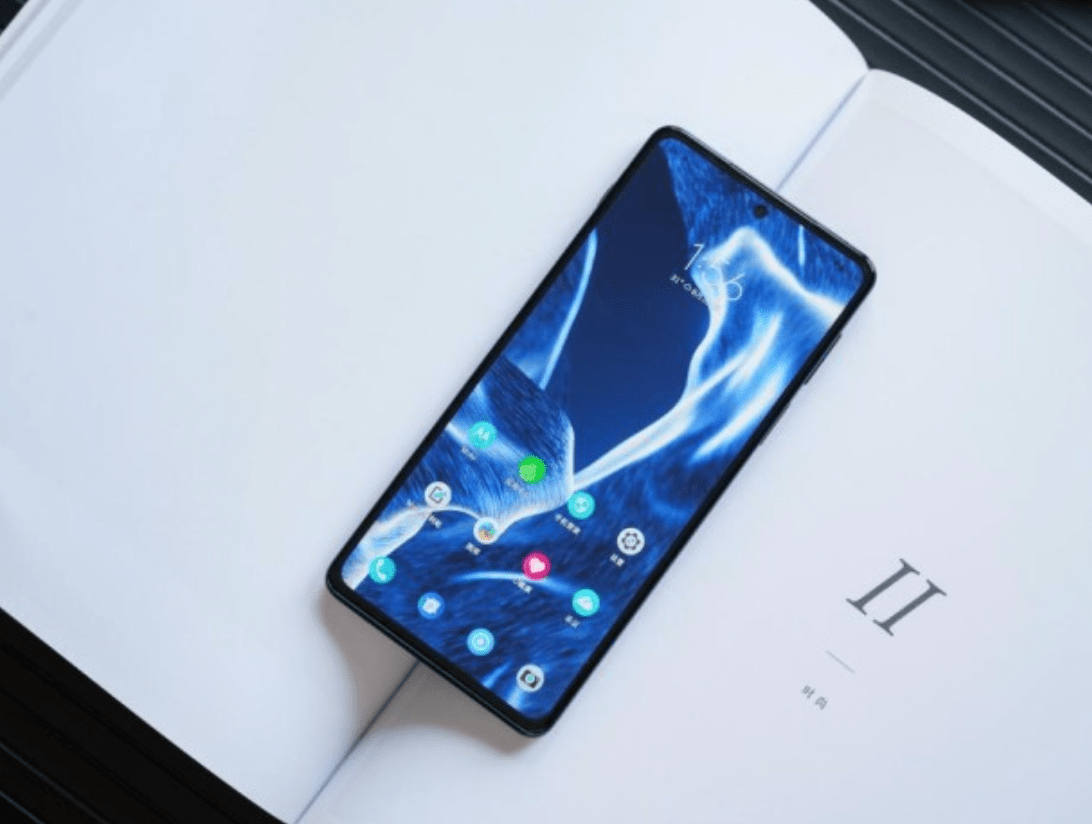 Edge S Pro can be said to be a good combination of business genes and young trend elements.

Performance: the configuration is in place, the camera and the screen are the highlights

Motorola can’t be sloppy with the internal hardware configuration and performance. In the pursuit of business performance, being carefree and efficient is the first priority. So this time, Motorola arrives with a three-piece set of more stable performance in 2021: Snapdragon 870+LPDDR5+UFS 3.1. 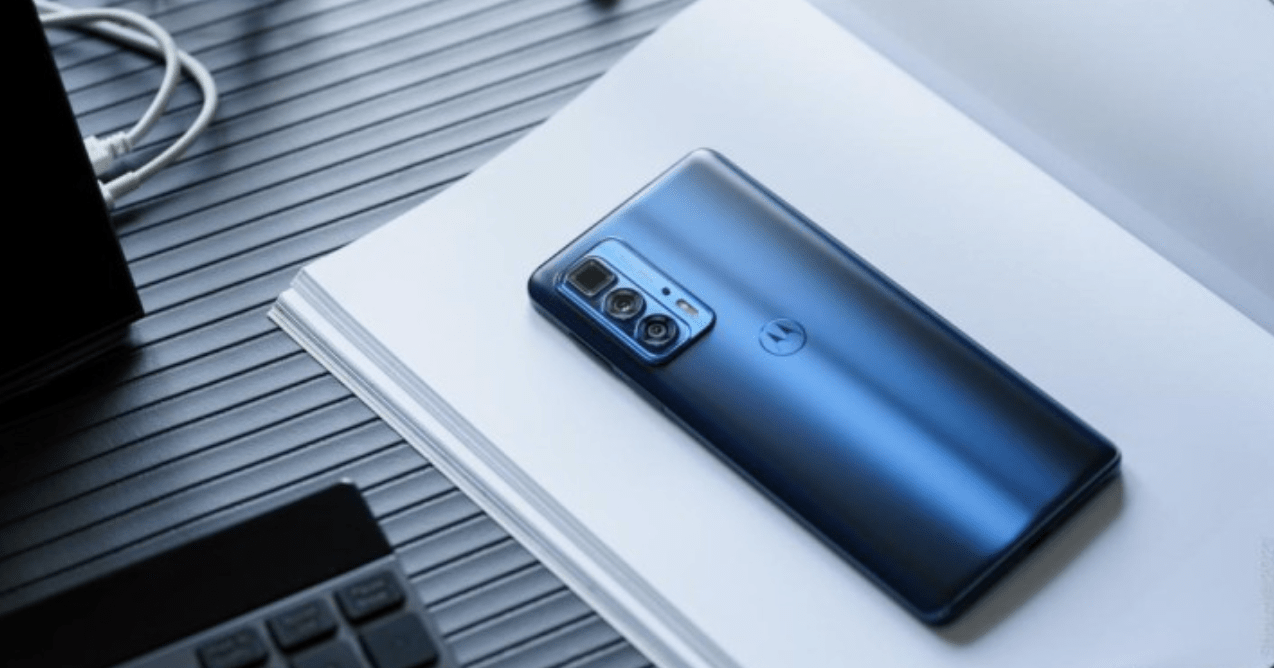 Although the performance data of Snapdragon 888 is higher, in daily use, all models’ heat and endurance performance are really unsatisfactory. But, the Snapdragon 870 processor machine can give a balanced and comfortable performance.

The performance of the Snapdragon 870 is also enough to give a pleasant and stable feeling in daily use. Relatively speaking, the heat is lower, and the battery life is better. Edge s pro is also very stable for tuning the Snapdragon 870. The daily operation and document processing are very easy to follow. Occasionally playing casual games, such as the king eating chicken, can also run stably and smoothly. And obviously, even when playing games, the body temperature performance is relatively mild during the process, and the battery life is better than my other Snapdragon 888 models. It is easy to support the daily demand for using the machine. 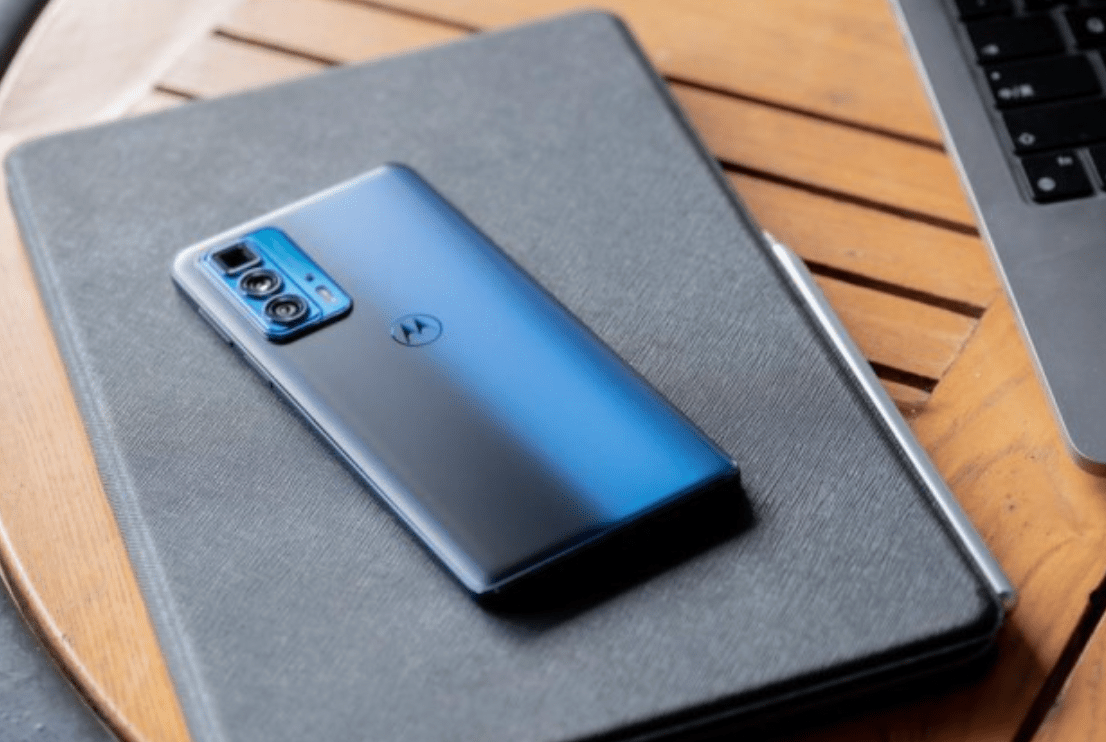 On the other hand, in addition to the three major components of balanced performance, Motorola edge s pro also carries a 144Hz high refresh rate screen this time. The high refresh rate of mobile phones can bring a more intuitive and refreshing experience, and the 144Hz high-brush screen of Edge s pro is also higher among mobile phone products because most of them are 90Hz or 120Hz. 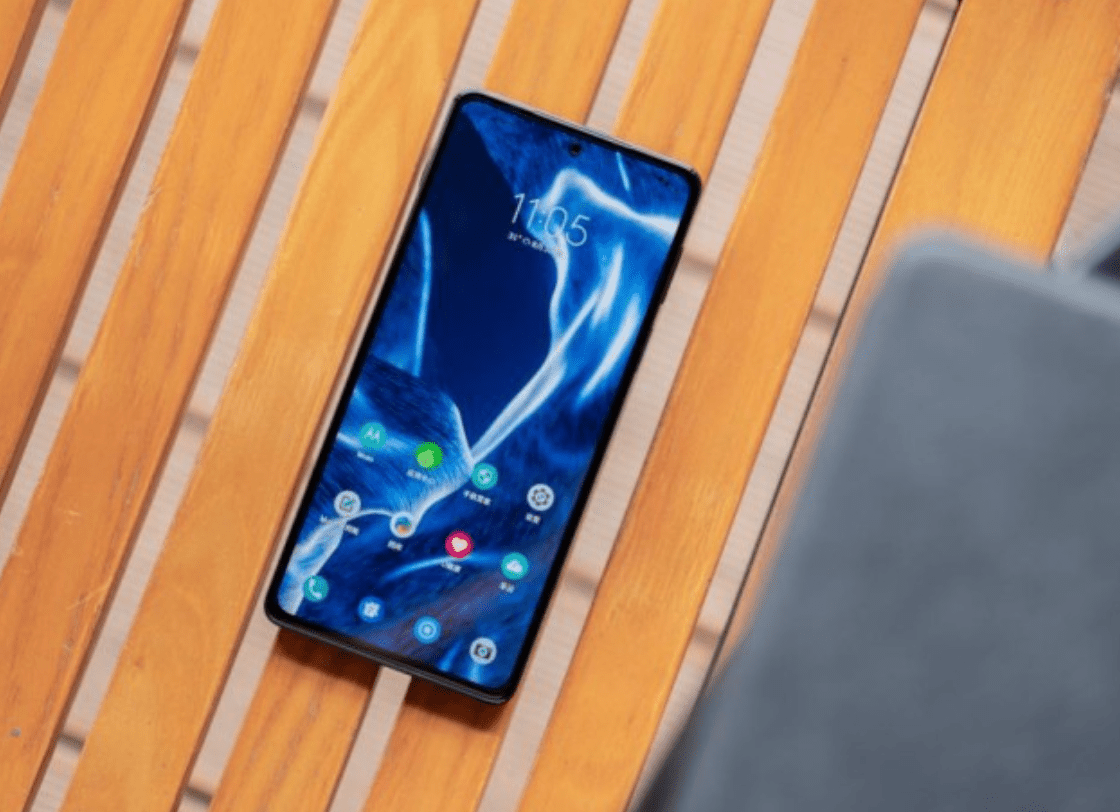 And during use, I found that Motorola edge s pro has a global 144Hz non-lock frame experience compared to other high-brush screen models. Relatively speaking, even if many models have a high refresh rate screen, many apps have been quietly dropped to a 60Hz refresh rate, so it does not bring a sense of global use.

After turning on 144Hz, the lock frame of some apps on other models does not exist in Motorola edge s pro. This is the most intuitive experience when you brush the video streaming app on a daily basis. Because the interface slides up, it keeps the same sense of pleasure as other apps, and there will be no obvious gap after locking the frame like other apps. This also makes Edge s pro a more enjoyable experience. And this is also the performance of the younger trend preference given by Edge s pro in business genes.

The choice of Motorola edge s pro on the rear camera also caters to the preferences of young people more. Motorola’s edge s pro rear camera arrives with this year’s popular 100-megapixel main camera. This is supported by an 800W pixel periscope lens that even some flagship models have not selected, and a 1600W super Wide-angle lens. The combination of these three is what I personally think is the most practical combination among the mobile phone imaging systems. And it is also the most representative of the trend. 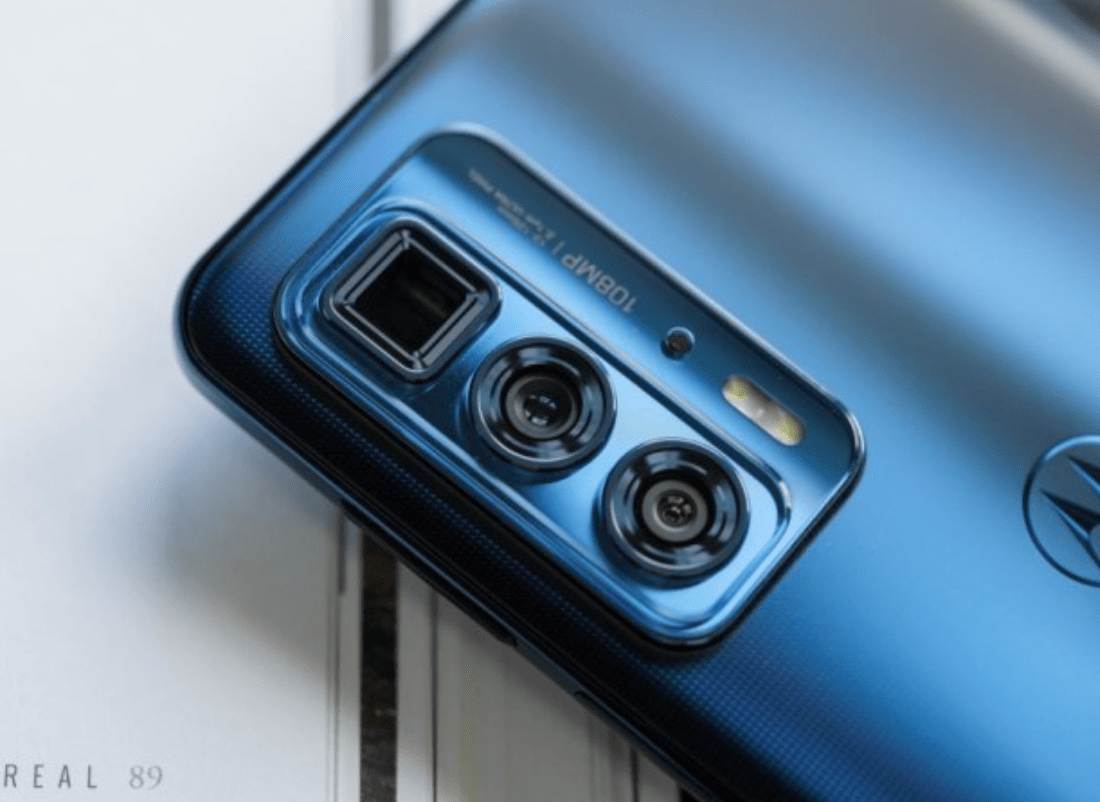 The 100-megapixel main camera brings better photo resolution; the periscope telephoto can make daily shooting more flexible, which is also my personal preference; the ultra-wide-angle lens can be used to shoot landscapes or need to record large environments. Sometimes there is good coverage, such as shooting scenes of multi-person executive participation. 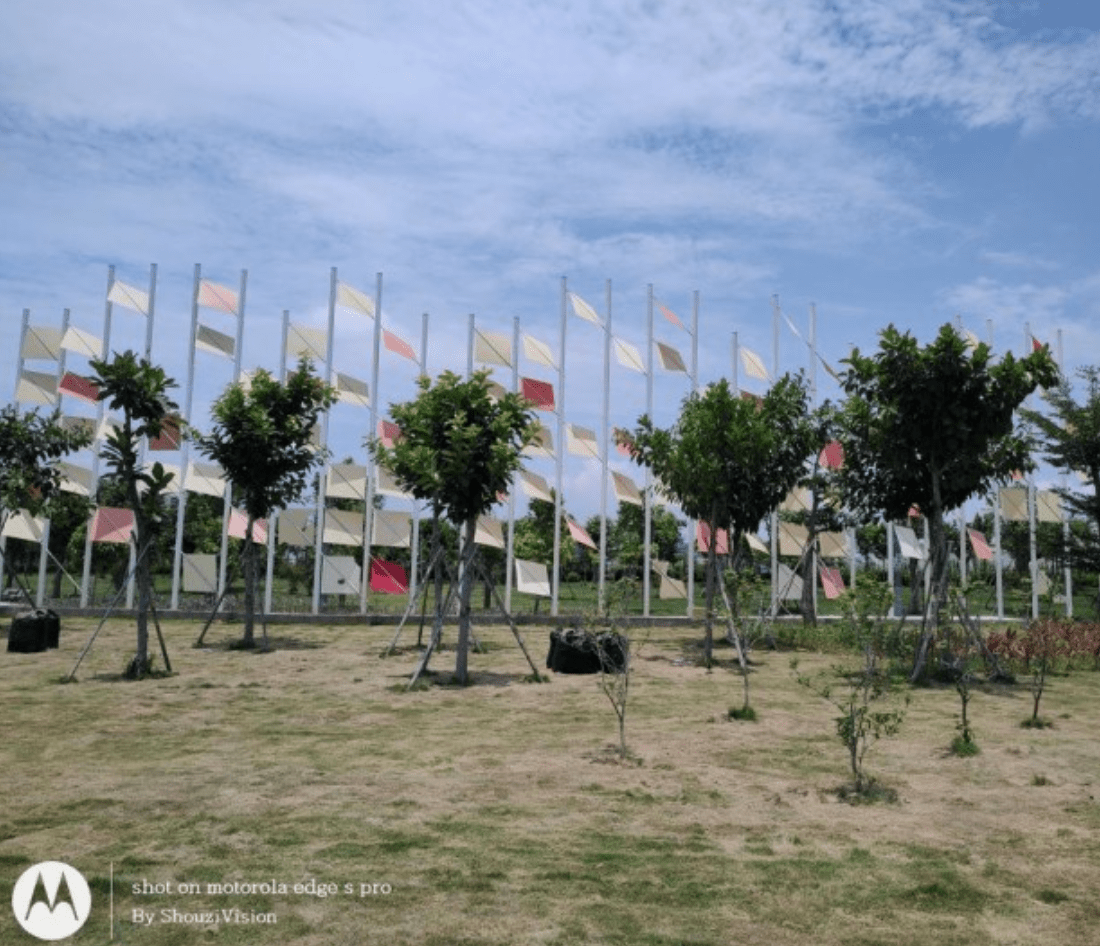 In terms of the film effect, Motorola edge s pro gives me a vivid and sharp feeling. The saturation of the color is slightly higher than the actual one, which is more pleasing to the vision. The periscope telephoto has optical image stabilization, which is very practical. The color of the film is also consistent with the main camera, so I would prefer to use it for shooting daily. And I can also get a perspective that is not easily detectable by the daily line of sight. This is also more pleasing for photography enthusiasts. The high-pixel main camera can meet the willful enlargement and cropping in the later period when the ultra-definition mode is turned on and still provide a clear enough picture. 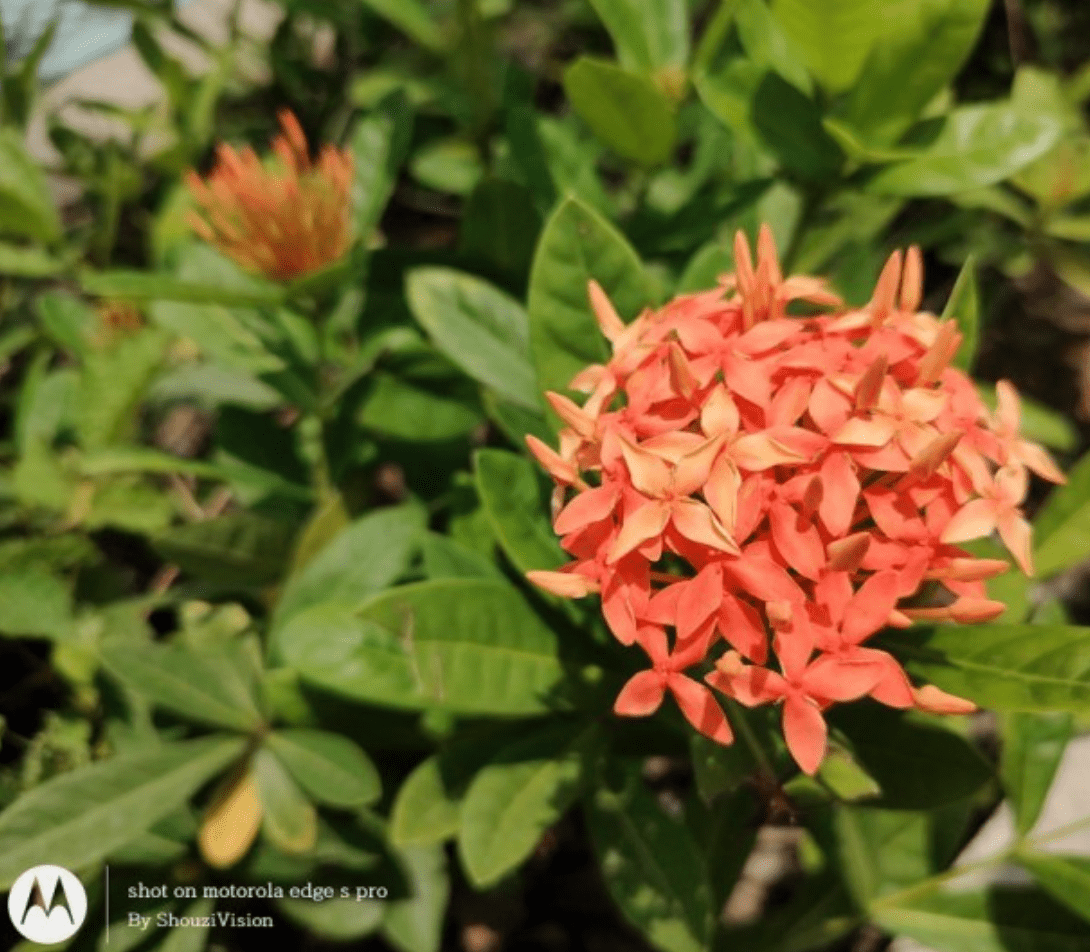 Motorola edge s pro feels that I still need to work hard to optimize the camera interaction. Because after pressing the shutter button, there will be an obvious sense of lag in the filming, which brings a little bit of uneasiness to the experience. This can be solved through subsequent system optimization.

But in general, Motorola edge s pro, as a business positioning, has made the performance configuration more complete and trendy. Especially the combination of high-quality screen and camera is added, which is indeed more popular among young people. 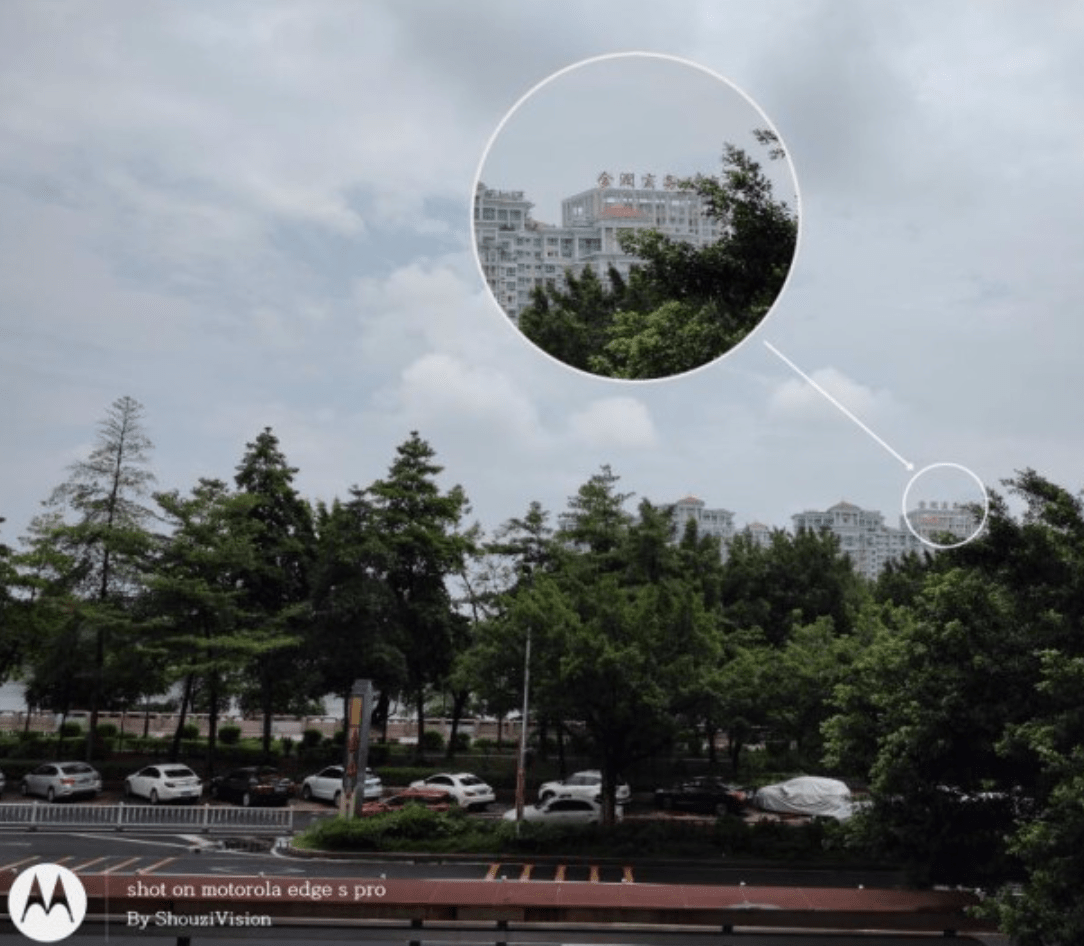 In the interactive system experience, Motorola edge s pro comes with a version based on Android 11. The entire interface style and interaction habits remain the same as the native Android system. There are two aspects of interaction that give me a very comfortable feeling. One is the “one-touch” physical button on the side. 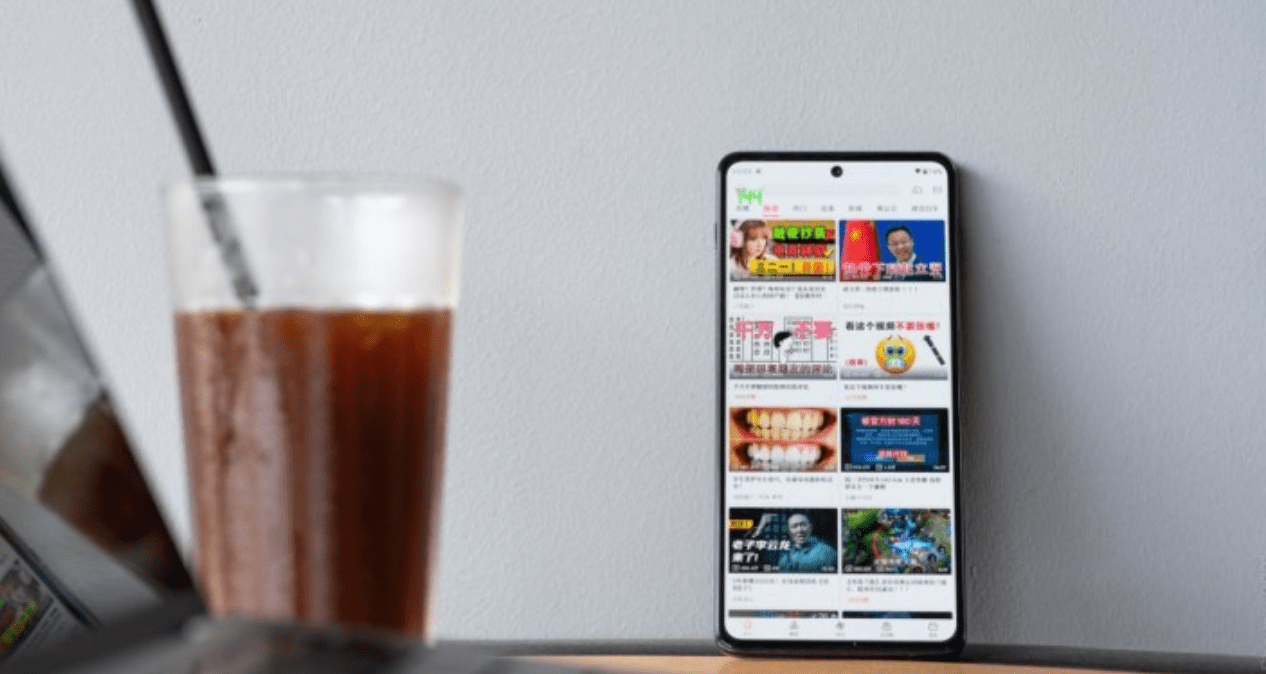 In the upper position on the left side of Edge s pro, a separate button that can customize the quick start is configured and can be set to customize the program that needs to be started. Such as payment scan code, health code, recording, map navigation, camera, etc. The addition of this button makes it easy to quickly call a commonly used function in daily use. 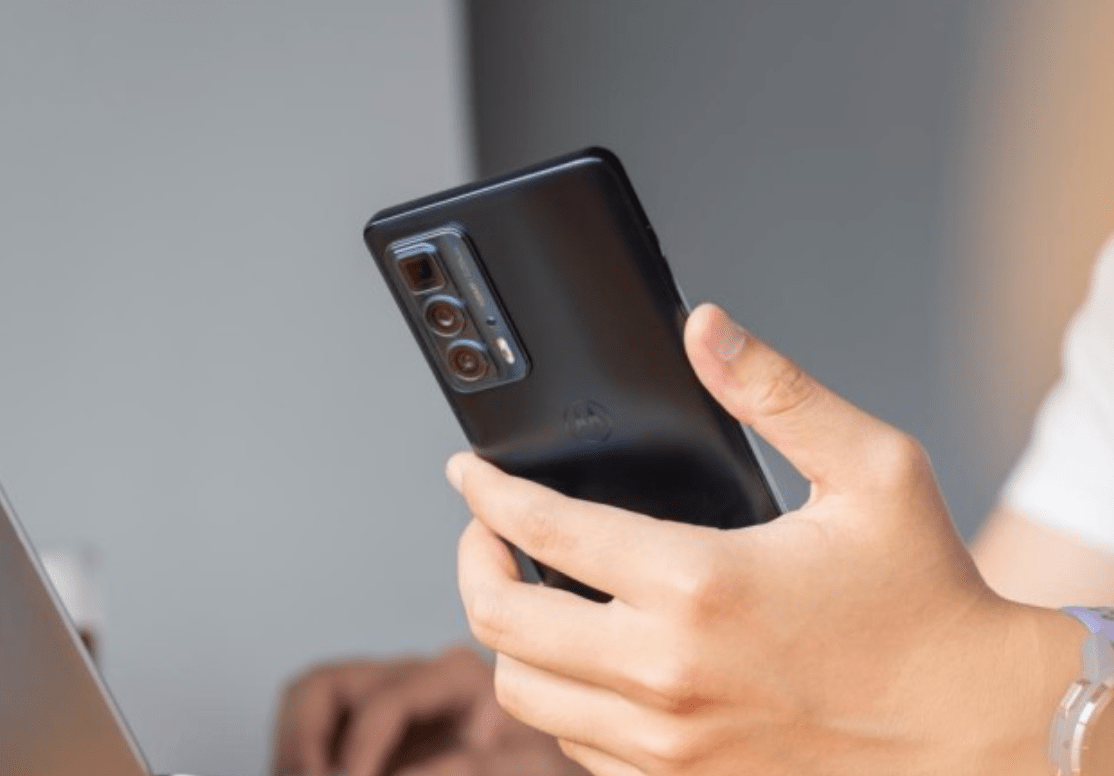 Summary: It is still a business model, but it is indeed younger and more versatile

Lightweight and comfortable feel, stable appearance, flagship performance configuration, combined with family-specific business genes, so that Motorola edge s pro has indeed achieved a younger business model. Coupled with the more fashionable 100 million pixels, 50X periscope telephoto, ultra-high refresh rate screen, and other elements, it makes it look younger and more fashionable. At the same time, to meet the diverse needs of work, life, and entertainment, so that the cutting-edge business people have a more comprehensive choice.

Disadvantages: The camera interaction experience needs to be improved; the standard charging power is more conservative; the side button position is slightly higher.