July 18, 2021, Realme launches its first fitness tracker last year. Now the company is going to launch the successor of the fitness band. And the band will be called Realme Band 2 with a similar design.

Similar to the Honor Band 6, the Band 2 comes with a full-screen design. The render of the band comes from the tipsters Onleaks and Digit. According to the tipster, the display of Band 2 from Realme is bigger than Honor’s band with thick bezels. The fitness tracker comes with a curved frame, which is made up of metal. We also expect the structure can be of plastic. 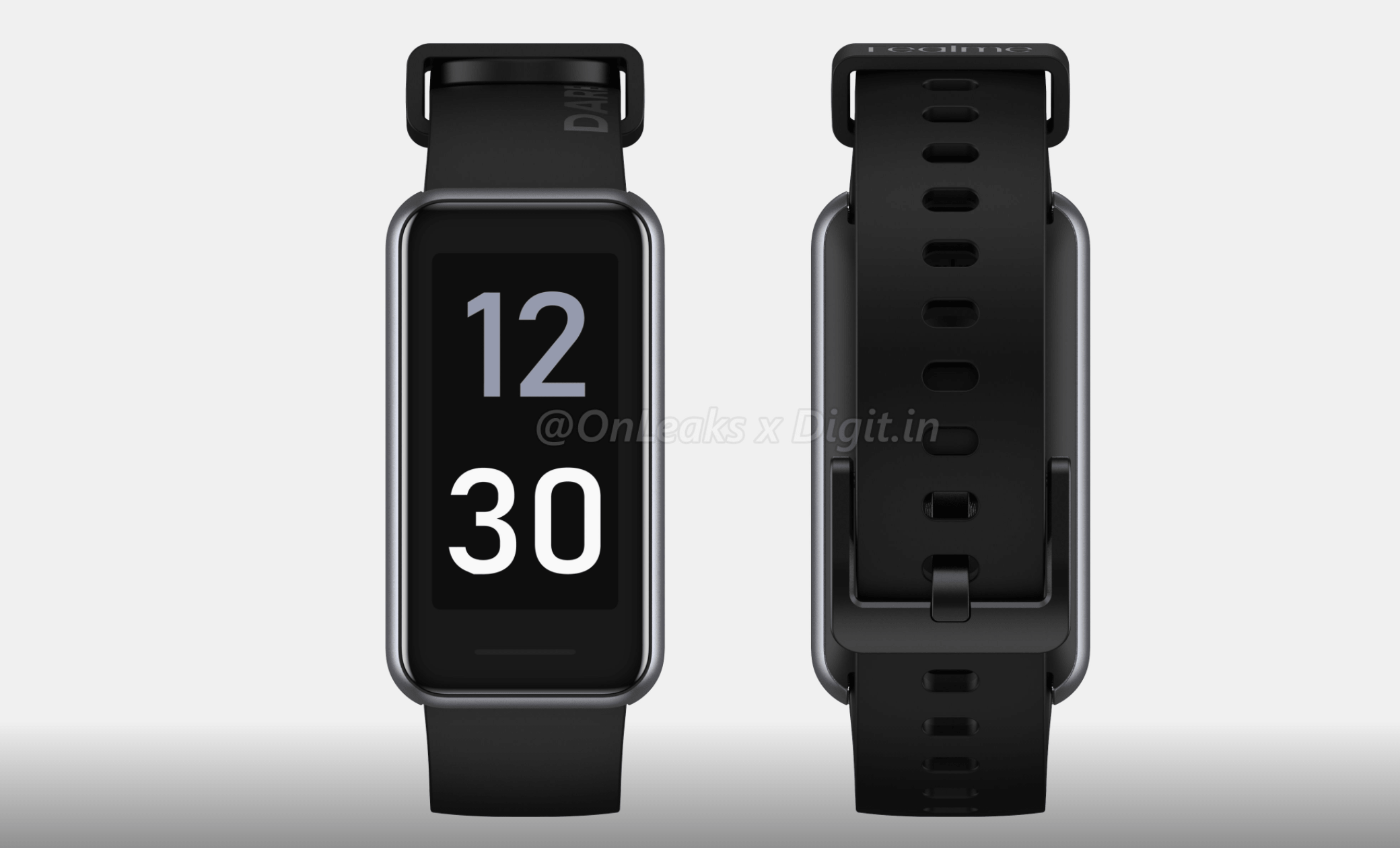 The straps are another change we might notice in Band 2, which will not have a seamless fuse with the body. Under the hood, Realme’s new Band will also come with more features than Realme Band. Band 2 will feature the blood oxygen level detection.

Xiaomi Today expects that Realme Band 2 will support the magnetic charger. But there might be a problem, as we see two circles at the top appear, which might be the sensors. We don’t know if this is an error from the creator of renders. 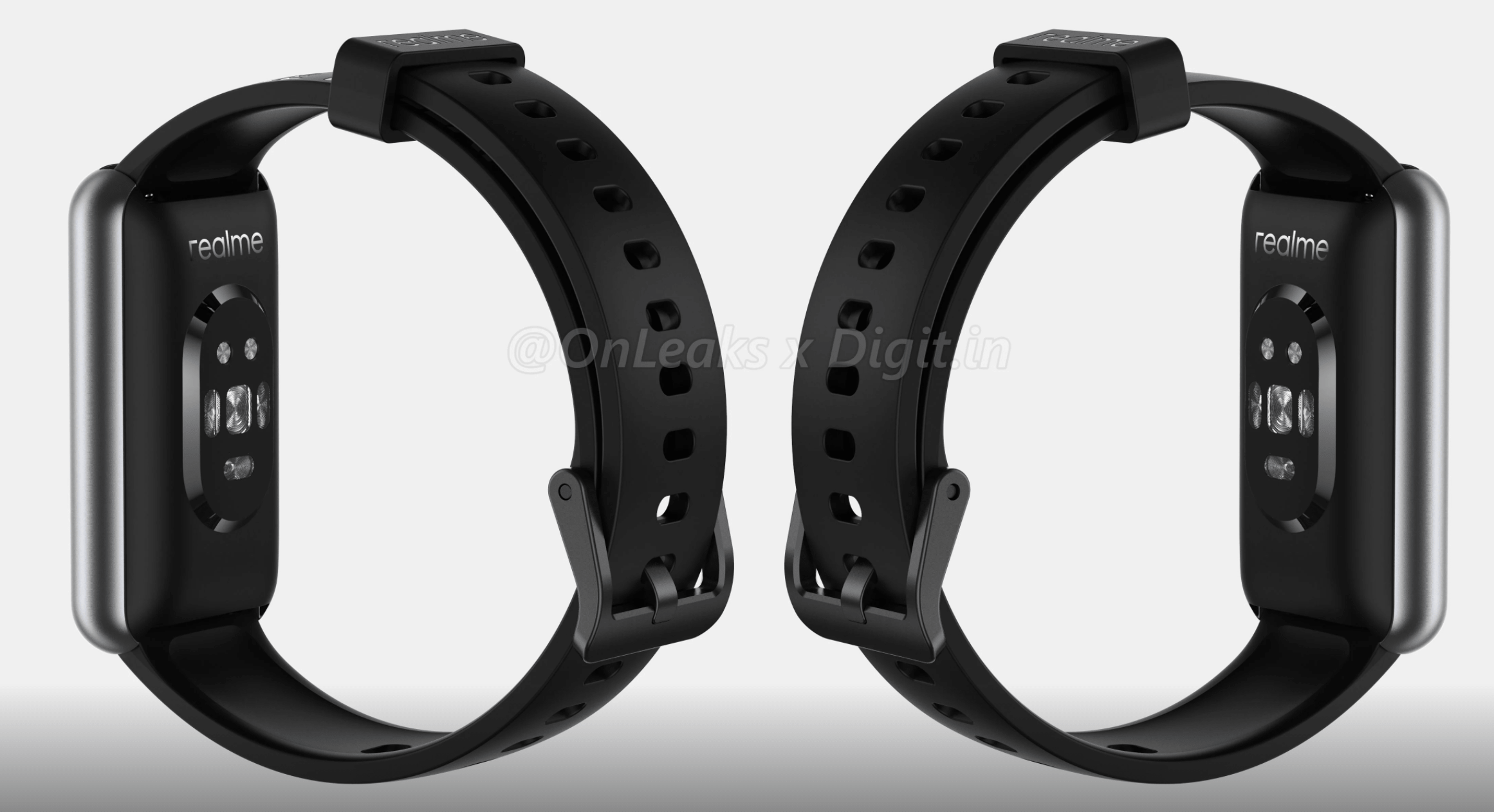 The upgrade which we might see in band two from Realme is the display of 1.4-inch. The display will come with the dimensions of 45.9 X 24.6 X 12.1 millimeters. Another upgrade that we might see is Bluetooth 5.1. We will also see the support of sports modes in Band 2.