On January 27, 2021, the news from Meizu is the market might get the latest smartphone soon in this quarter. Yesterday, the digital blogger @????? released the record information of two new models of Meizu, which are suspected to be the Meizu 18 series. On January 27, @????? sent Weibo to confirm that these two phones are Meizu’s Snapdragon 888 iterative models, which may be named 18 series, and are expected to be released in the first quarter.

According to the filing information, the Meizu 18 series is divided into a standard version and a professional version (Pro), equipped with 4000± and 4500± batteries, respectively. What is puzzling is that the standard version is still 30W charging power, and the professional version only has 40W fast charging. Now the charging power of mainstream Android flagships has reached more than 50W, and iQOO seven even uses 120W fast charging. The charging power of the Meizu 18 series is only a little faster than that of Apple and Samsung. 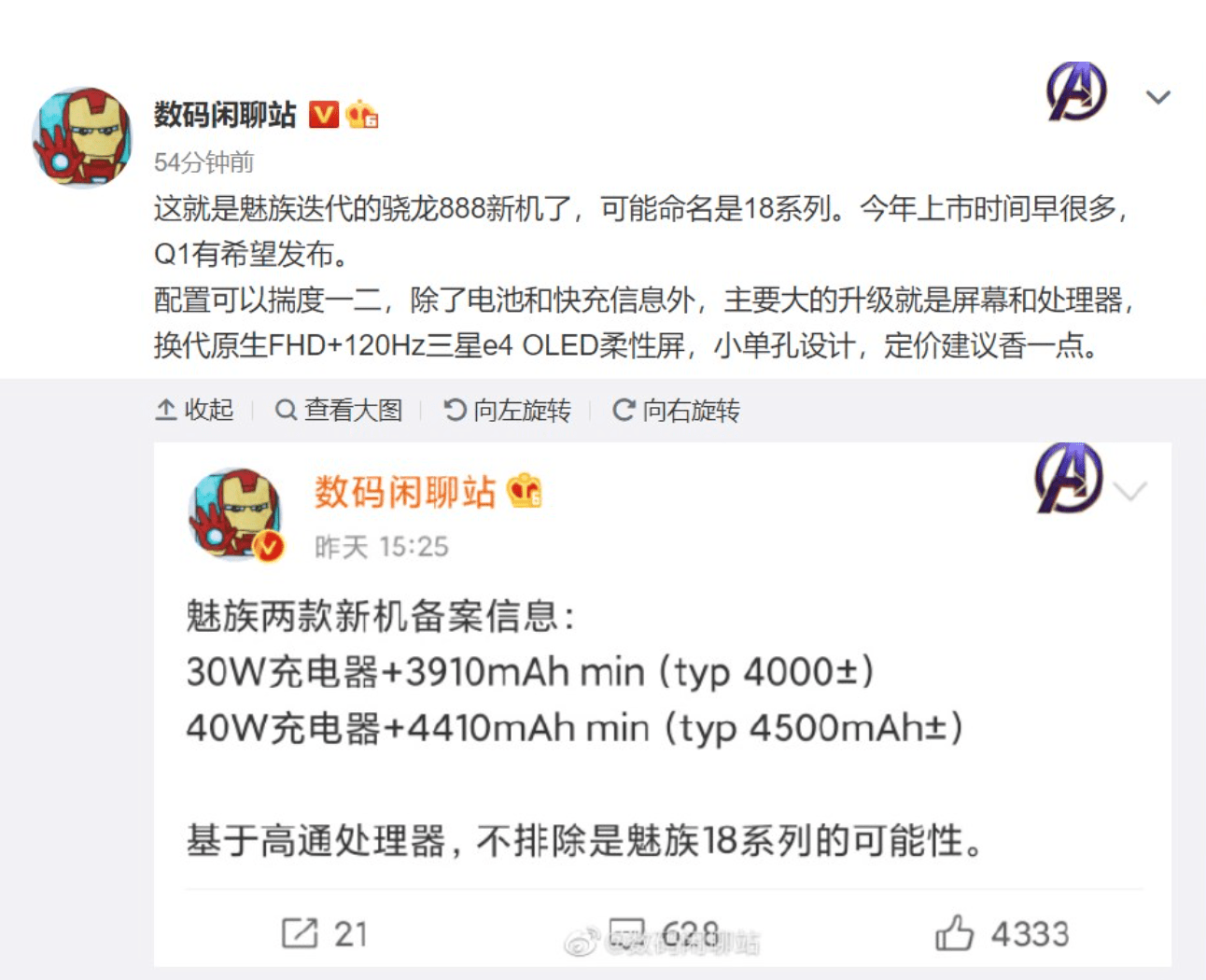 There is no exact information on other aspects of the configuration. @????? said that the main upgrade points are the processor and the screen. The Snapdragon 865 is upgraded to the Snapdragon 888, and the screen is upgraded to native FHD+, 120Hz, Samsung E4 OLED luminous materials, and a small hole design.
In the past few years, mobile phone upgrades are mainly in three aspects: screen, processor, and camera.

This year, the FHD+ 120Hz E4 screen will become the mainstream, and Snapdragon 888 is the standard configuration of the Android flagship, needless to say. The shortcoming of Meizu mobile phones lies in the shooting. Manufacturers such as Huami ov have begun to use custom sensors and outsole flagship sensors. Only Meizu still uses the public version flagship sensor IMX686, which is almost reduced to 1,000 yuan and 2,000 yuan. Know whether the Meizu 18 series will upgrade the camera. 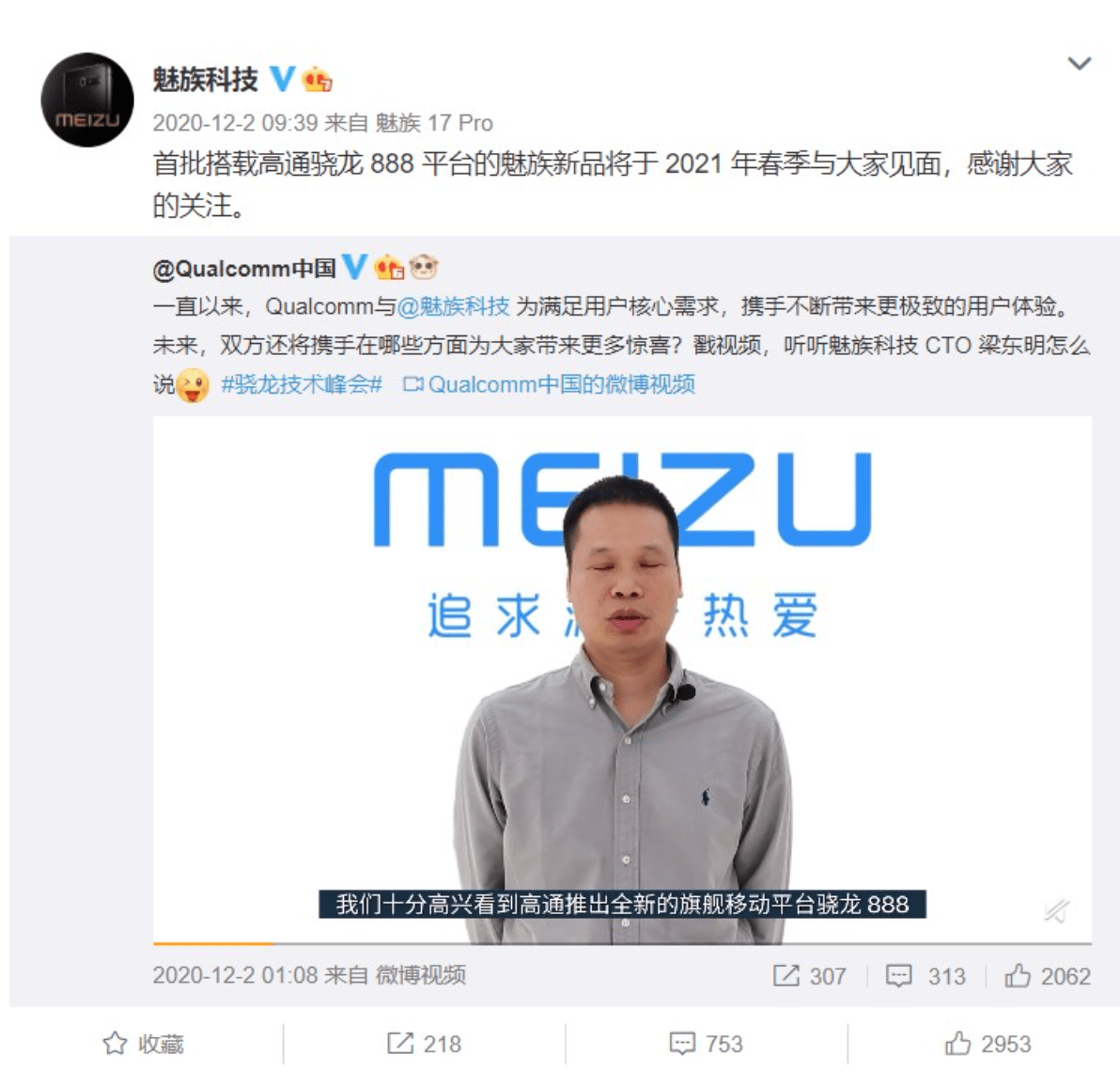 The Meizu 17 series will start at 3699 yuan, while the new series is expected to remain unchanged, starting at 3699 yuan. At the beginning of December, the Meizu technology official Meizu said that the first batch of new Meizu products equipped with Snapdragon 888 will be available to you in the spring of 2021. If nothing happens, the Meizu 18 series will be released in March.

In addition, in addition to mobile phones, Meizu also recently exposed ANC true wireless Bluetooth headsets, Meizu’s first smartwatch, and other devices, and designed the “Flyme For Watch” system specifically for Meizu Watch. These products are also expected to be released together with the Meizu 18 series in March this year.