At present, most of the SSD mobile hard drives on the market are ordinary rectangular metal shells, which have few characteristics in appearance design. ORICO CN300 Chroma portable SSD mobile hard drive made my eyes shine. The unique multi-color block combination design came from the famous Dutch painter Mondrian’s “Red, Blue, and Yellow Composition” 90 years ago. Through simple lines, The combination of colors and color blocks brings a strong and simple visual impact. ORICO CN300 Chroma PSSD has four color schemes: Solar White, Sakura Pink, Avocado Green, and Amethyst Purple. Each color has three capacity versions of 250G, 500G, and 1T to choose from. This article introduces the hands-on experience of the 500G capacity and Avocado Green color version. 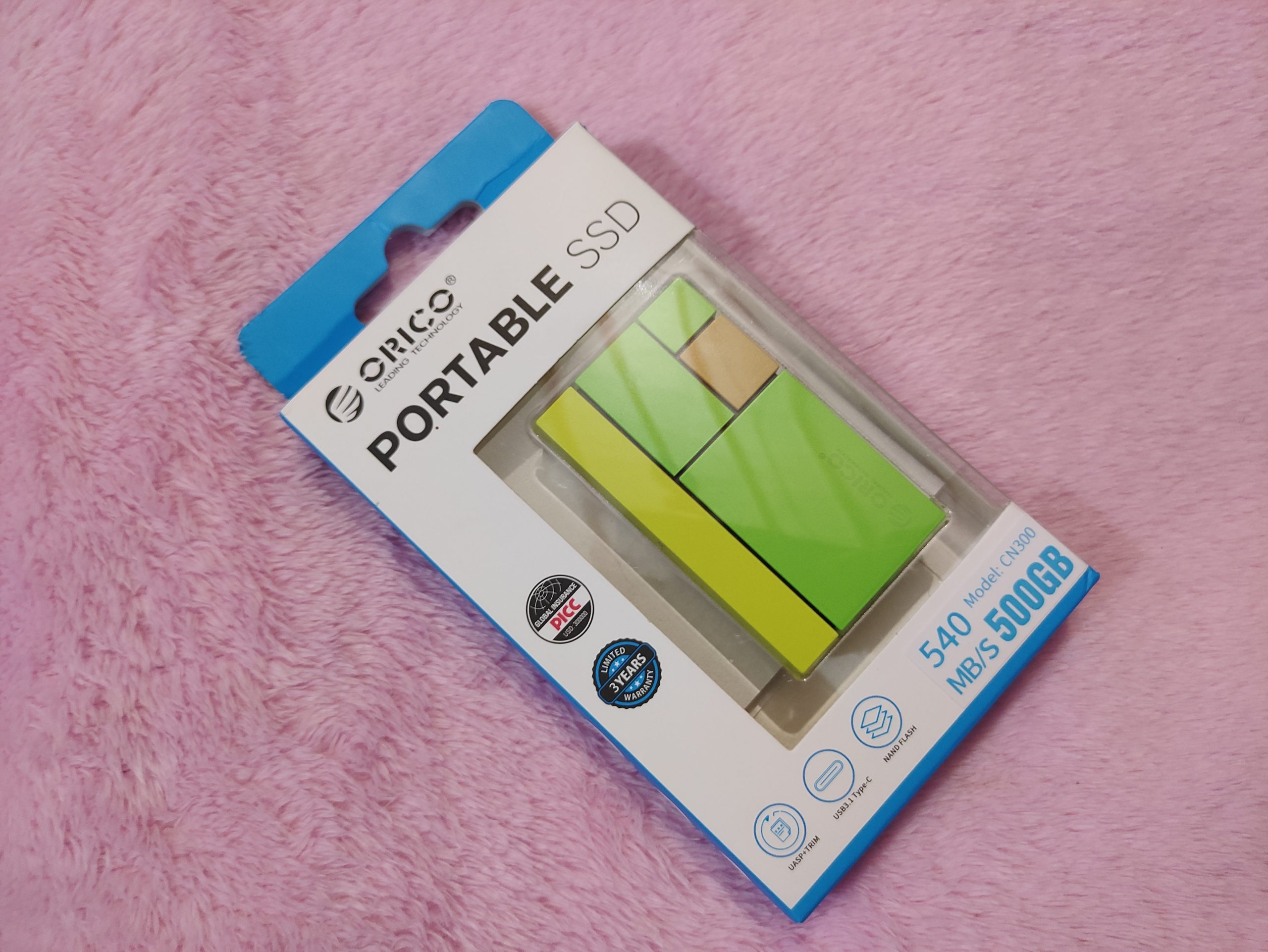 In terms of beauty, I really admire myself for being able to find such a beautiful SSD. The outer packaging of the ORICO CN300 Portable solid-state drive continues the Orico family design style. The transparent plastic packaging diaphragm on the front allows consumers to see what the product in the box looks like at a glance. The top of the box is ORICO’s LOGO, and the portability of this solid-state drive is marked with “PORTABLE”.

This product is a global warranty for 3 years, so users do not have to worry about after-sales issues. The Orrick CN300 solid-state drive supports UASP acceleration and TRIM commands and 3D NAND FLASH, the flash memory particles are High quality, it supports USB3.1 Gen2, and the transmission speed can reach 540MB/s. 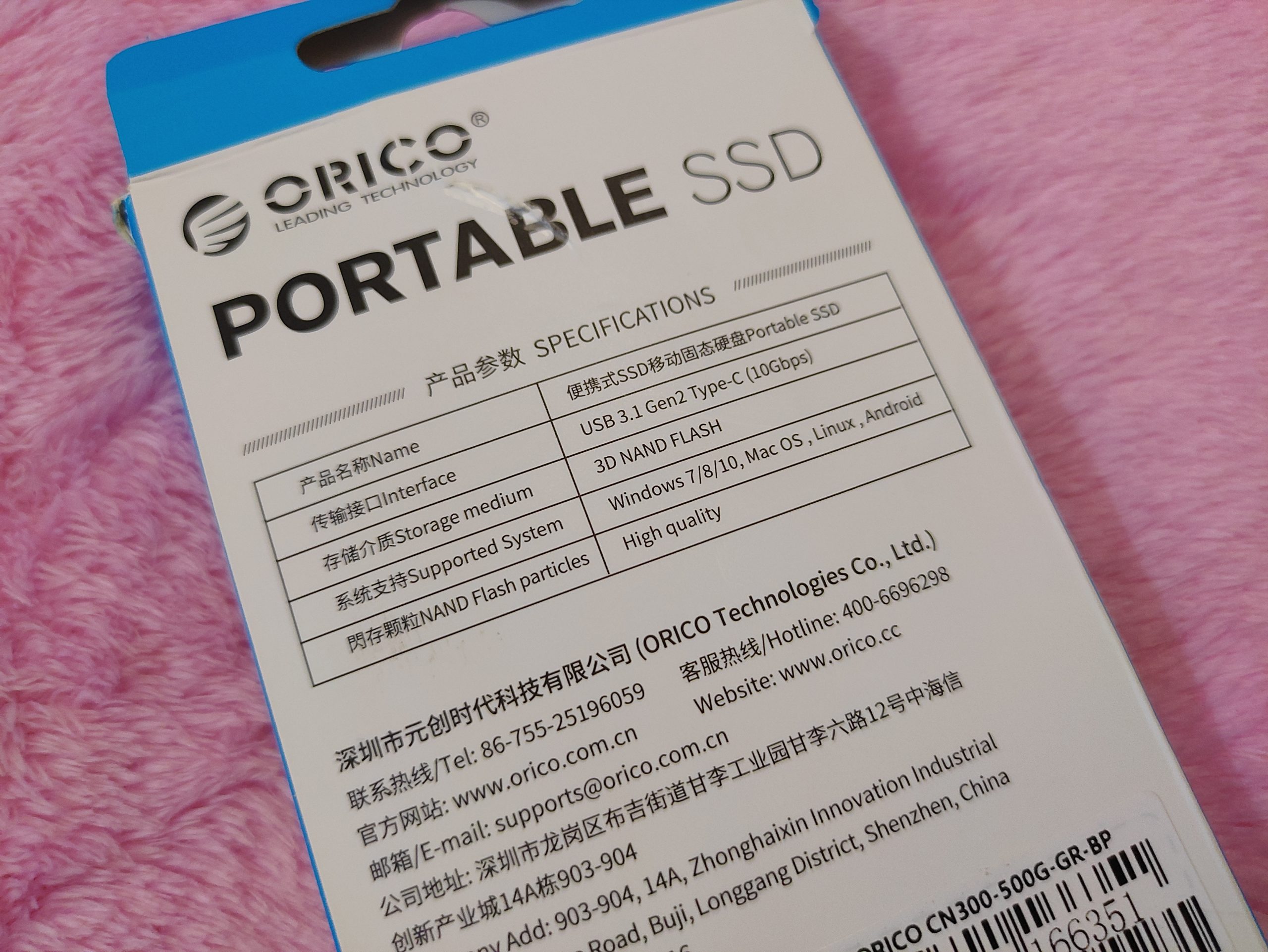 The back of the box is the product parameter information, including product name, transmission interface, storage medium, system support, flash memory particles, and other information. 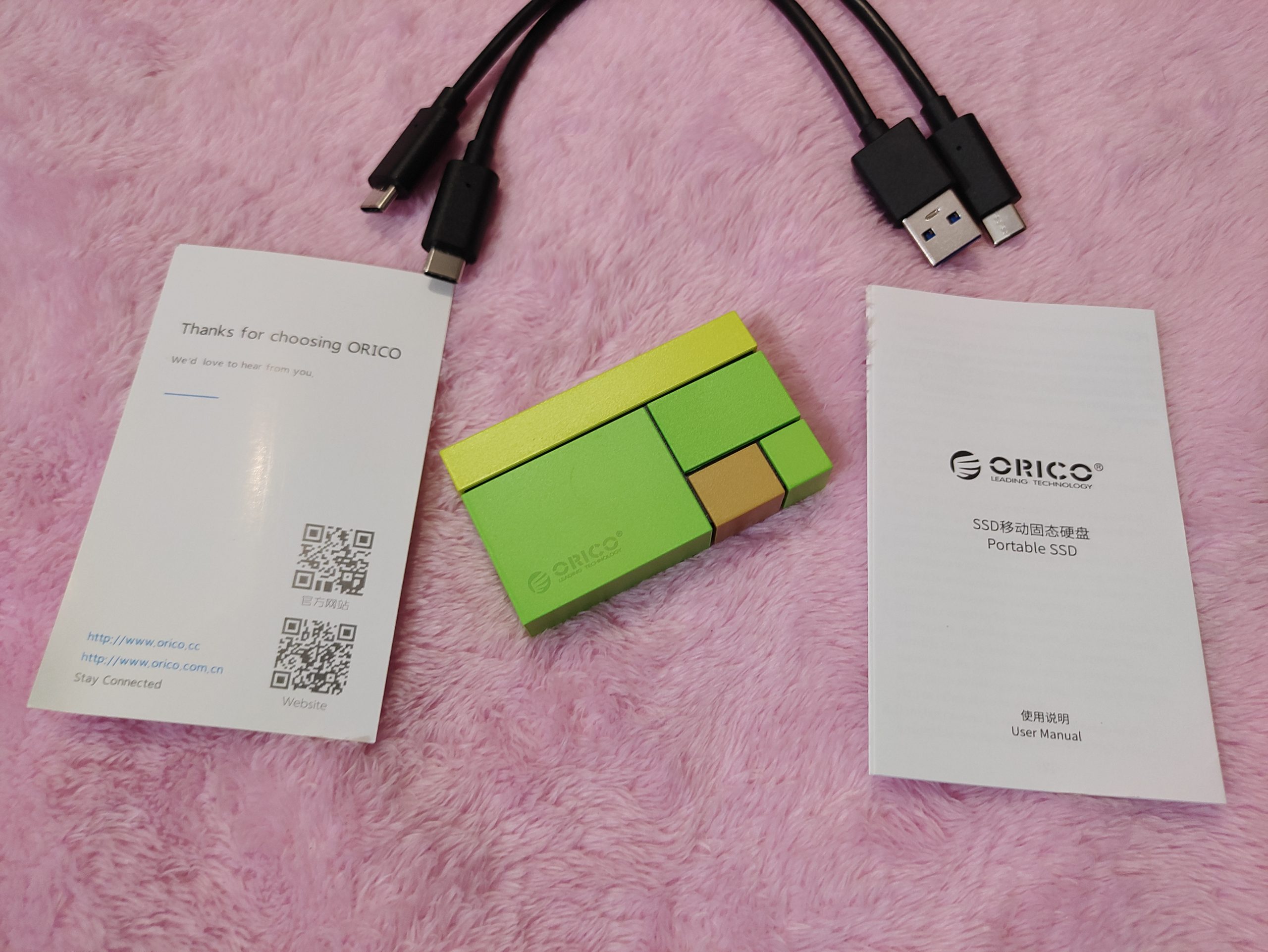 The Package is delivered with two data cables and English and Chinese User Manual, Orico CN300 comes standard with two data lines for PSSD, one is C To C, and the other is A To C. Different data cable configurations are mainly to adapt to the current situation of USB-A and Type-C interface melee. Old notebooks and computers still use USB-A interfaces, while new laptops are slowly replaced with Type-C interfaces. , This is quite intimate. 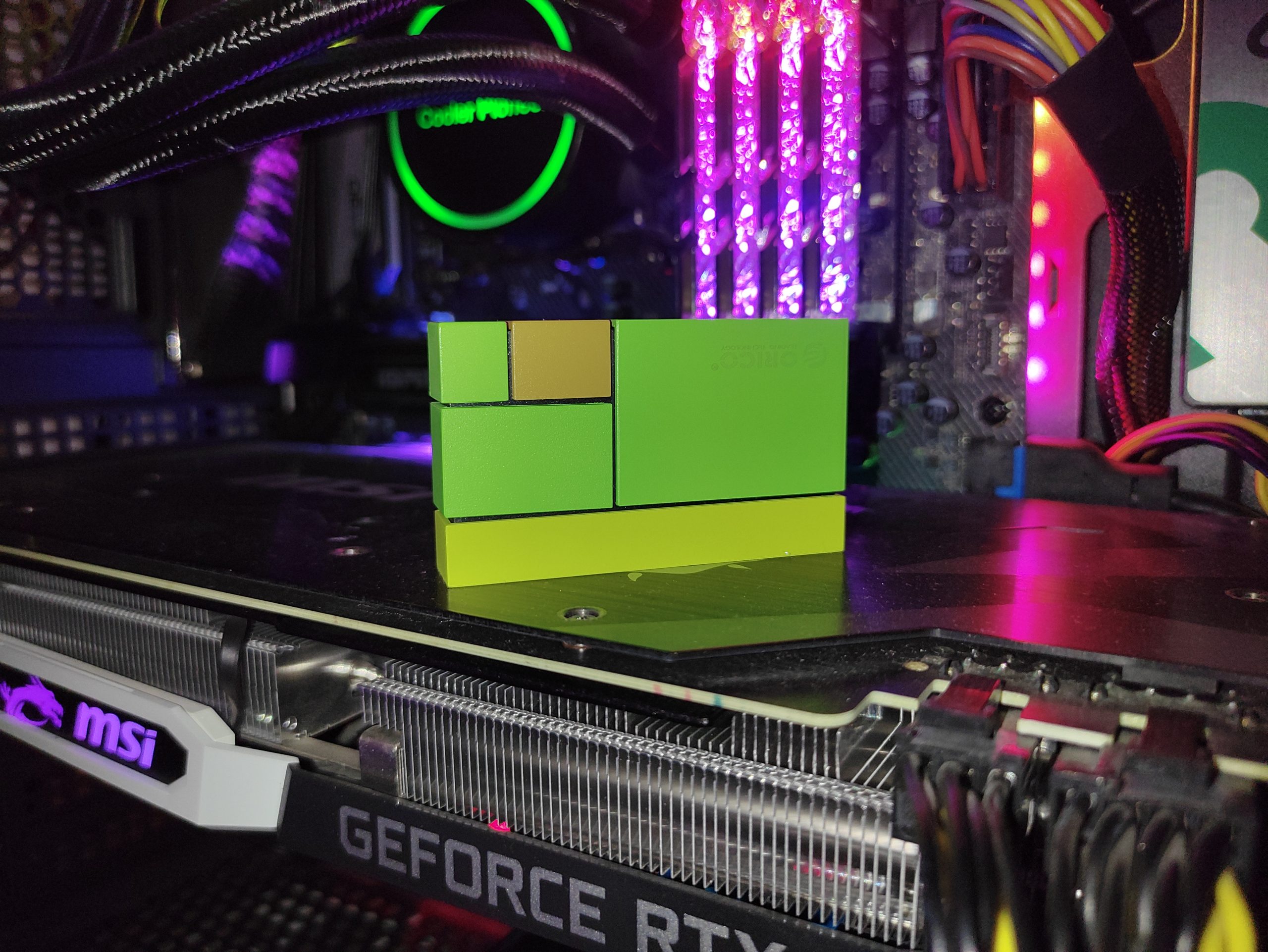 The size of ORICO CN300 is very small, the length and width are 66mm x 39mm; about one-quarter the size of the palm, and the weight is very light, only 27 grams, the portability advantage is very obvious; it can be easily put into any backpack. However, it should be noted that since the sides of the fuselage are all acute angles; be careful not to carry them with items that are easily scratched. It is best to equip yourself with a storage bag. 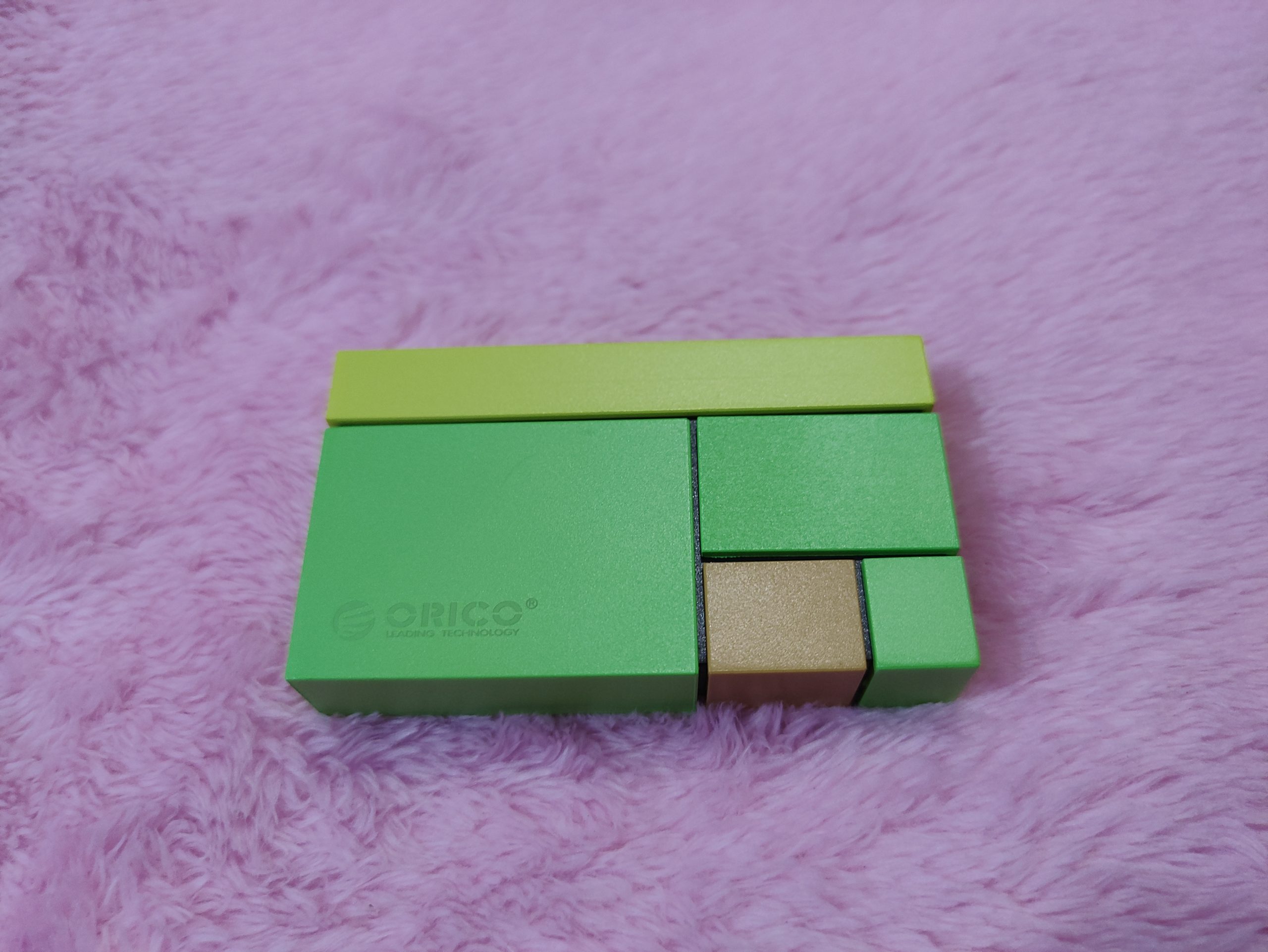 The outer material of ORICO CN300 is made of ABS plastic. It is composed of different sizes of squares. It is combined with three colors.  The simple three-color combination also looks very fresh. The body design of ORICO’s mobile solid-state hard drive has a sense of visual impact. Multiple color blocks are combined according to the golden ratio. At first glance, it seems disorderly, but a closer inspection will reveal that each area is in a very harmonious way. When combined together, it is quite beautiful. Coupled with a variety of color options, it can basically meet the personalized needs of most users for appearance. 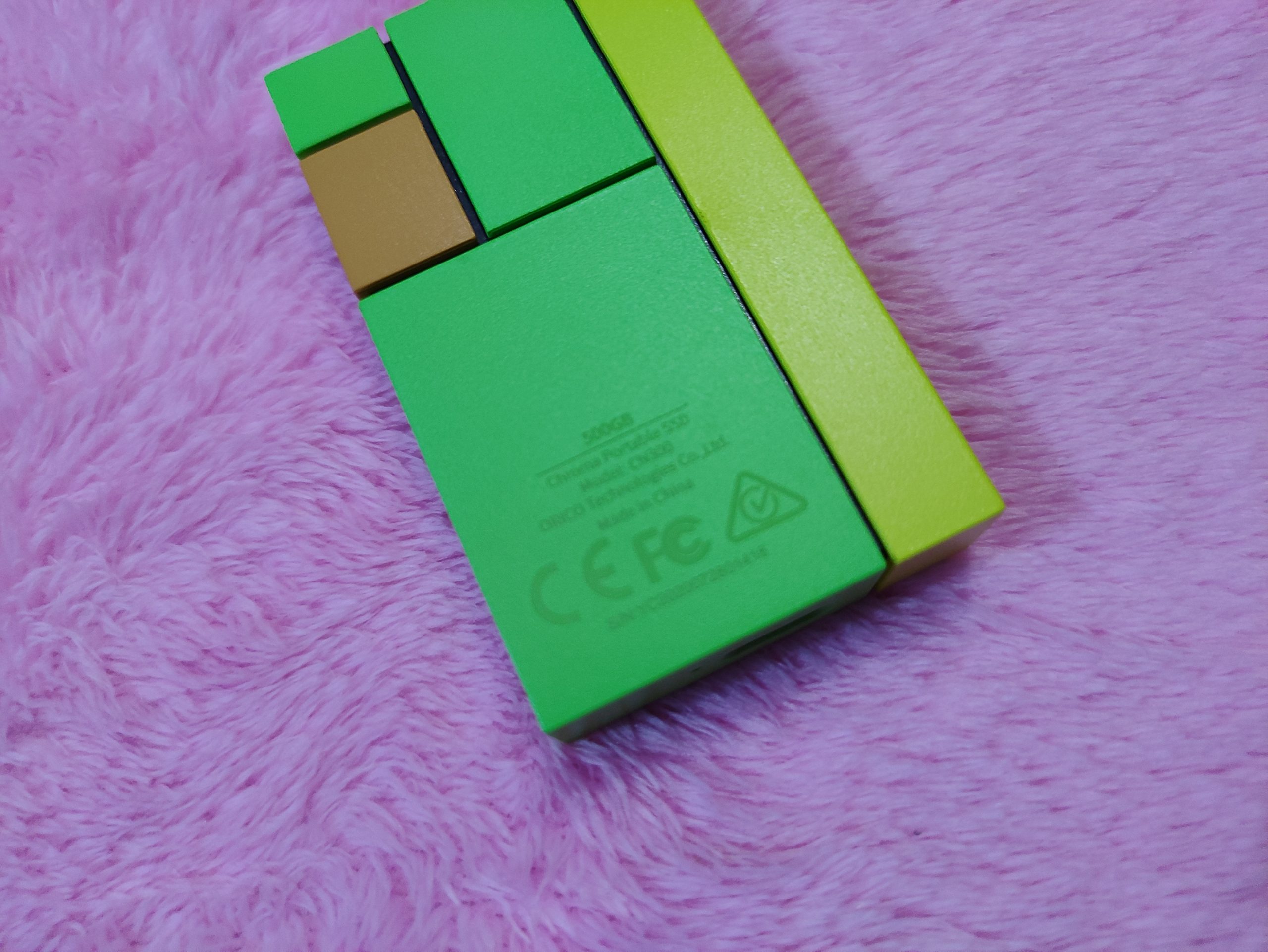 ORICO CN300 has a brand logo printed on the lower-left corner of the front; hard drive capacity and other information on the back. Very light-colored fonts are used to avoid affecting the three-color design concept of the entire hard drive. 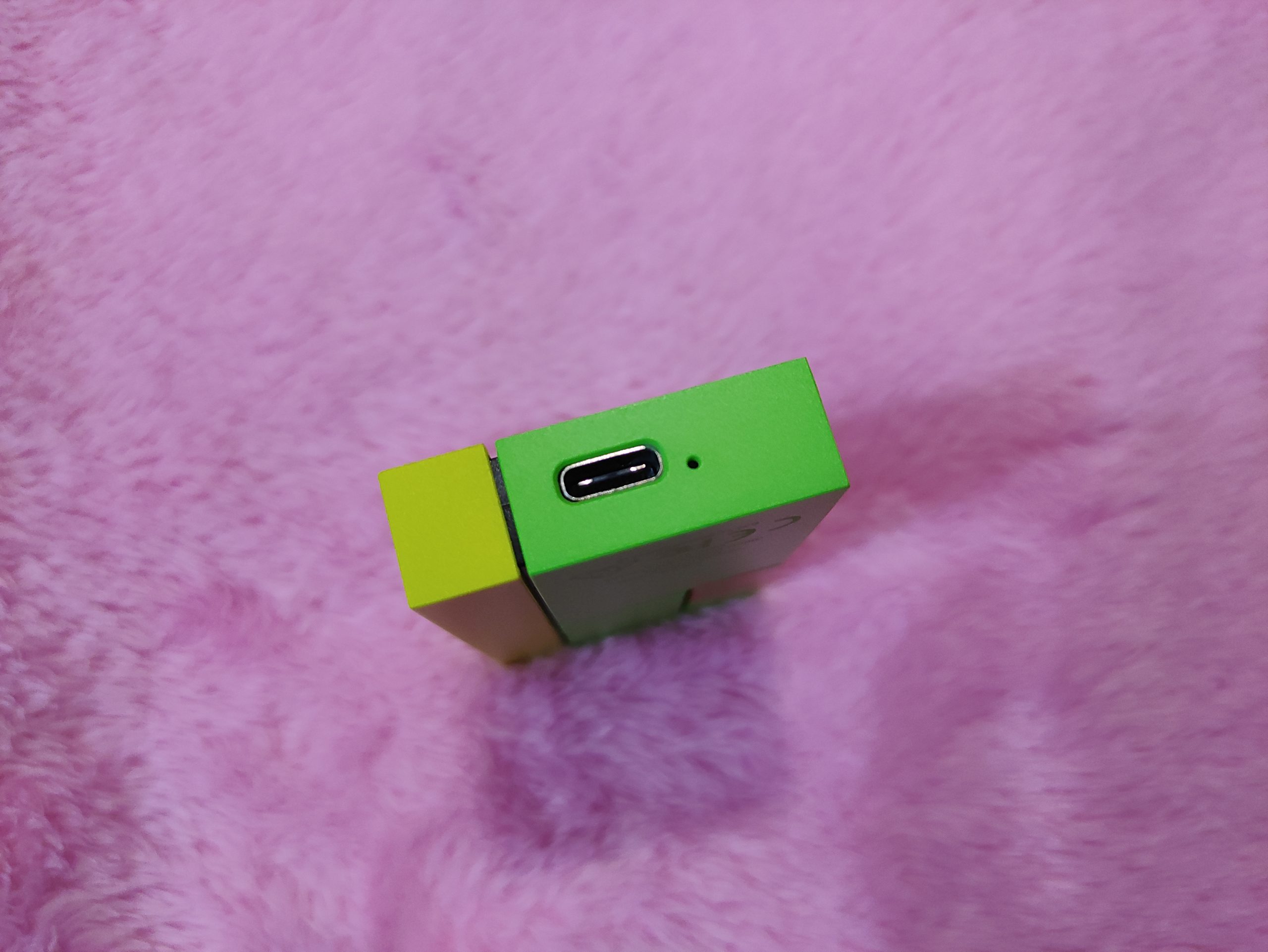 At the bottom is the Type-C data transmission interface, and does not use the Micro port. This is also a major selling point. It only needs a C to A or C to C data cable to connect to Windows, Mac, Android, and Linux. Transfer files easily between. Next to it is an LED indicator, which can indicate the current working status of the mobile solid-state hard drive. The light is conspicuous but not dazzling in the dark environment. 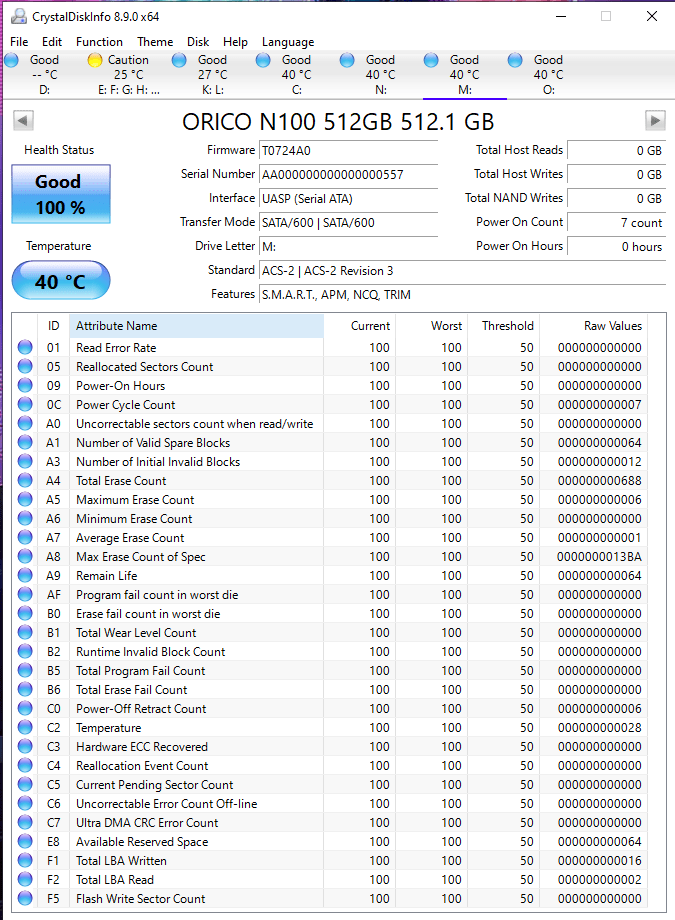 Through CrystalDiskInfo, you can check the firmware number, serial number, interface protocol, support functions, etc. of the ORICO CN300. The standby temperature is 40 degrees and the hard disk health status is 100%. It can also be seen that ORICO is in quality control. Very well done. 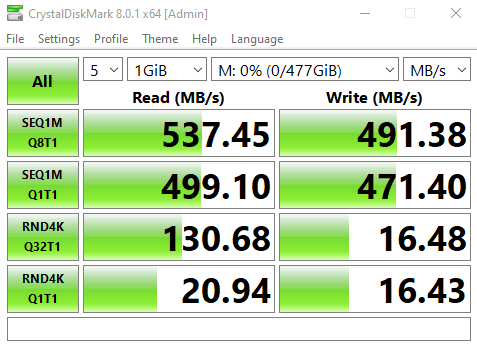 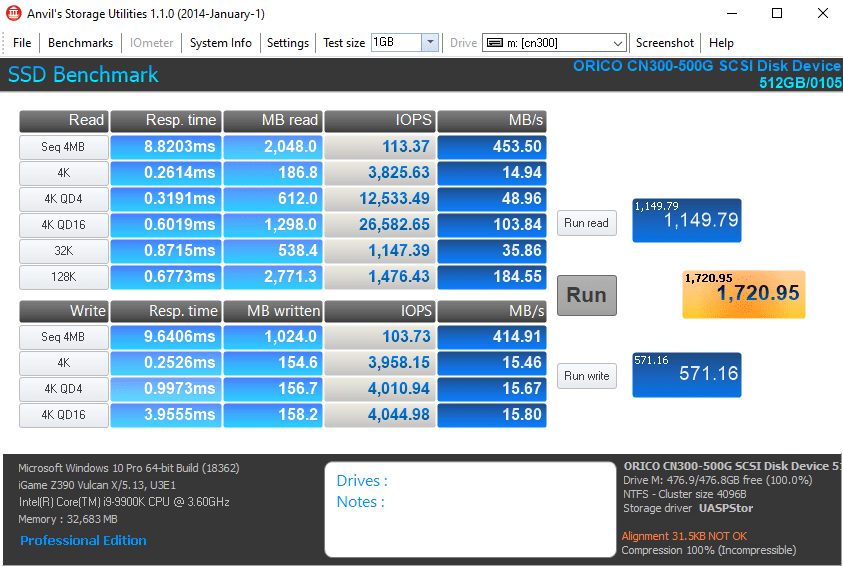 In the Anvil’s Storage Utilities test, the reading speed of the ORICO CN300 SSD is 453.50MB/s, while the writing speed can reach 414.91MB/s, which is basically close to the official maximum performance. 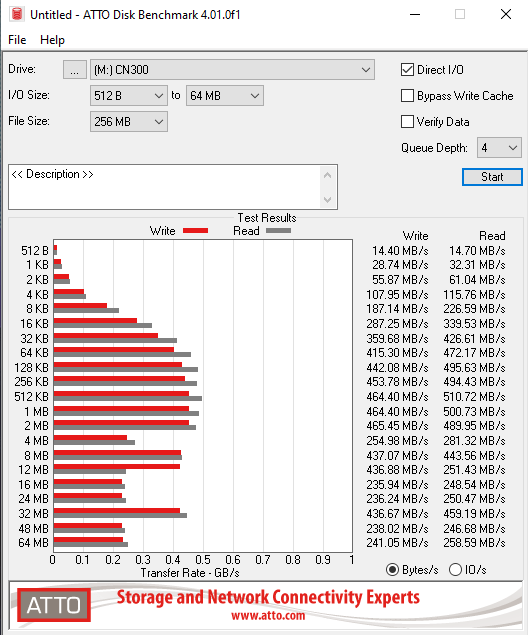 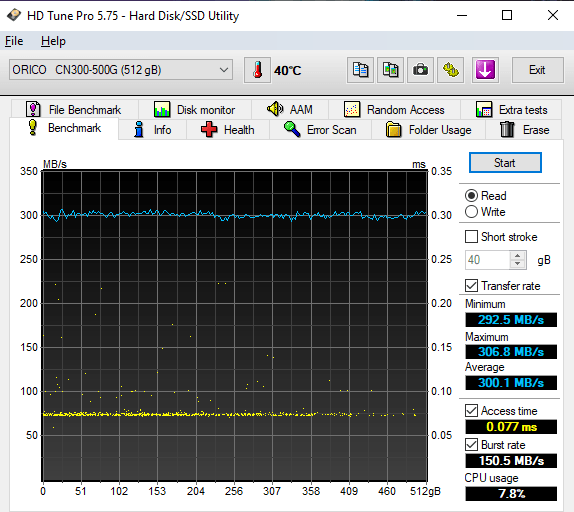 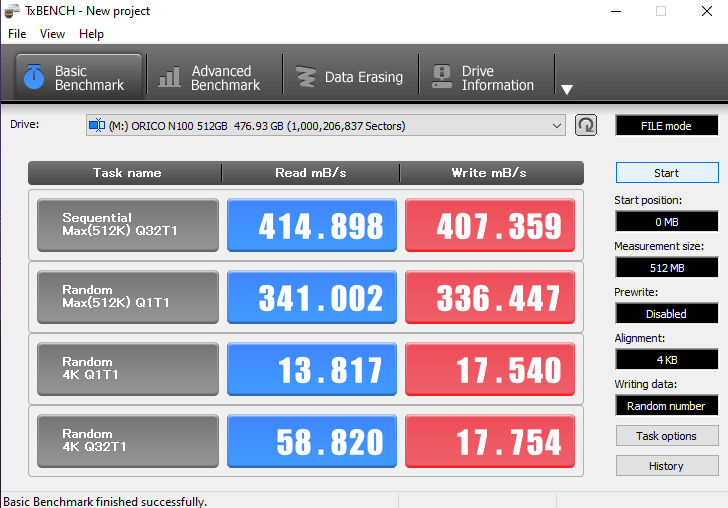 ORICO CN300 can achieve a storage product with both appearance and speed. It not only has a read and writes speed of up to 430MB/s; but also achieves a size of 66×39×8mm, and its weight is lighter to 27g; which is more portable. The color blocks ordered according to the golden ratio bring strongness to buyers. The aesthetic impact. In other respects, the USB3.1 Gen Type-C interface and 3D NAND FLASH storage media have also appeared in this storage product commodity, so this is a solid-state hard drive that has both appearance and speed and is worth starting.