The Chinese manufacturing giant Xiaomi debuted the projector market last two year with the release of  Xiaomi Mi 5000 Lumens Laser Projector and a year after, the brand released the much talked about Xiaomi Wemax One 7000 Lumens projector which was followed up with a smaller Xiaomi Mijia 3500 Lumens projector same year(2018). That’s not all, as late last year, the brand also announced the release of the youth version of the Xiaomi Mijia projector which is yet to fully hit the market. And we thought that was all, but on the 14th January, Xiaomi announced the release of the Mijia Laser Projection TV 4K. 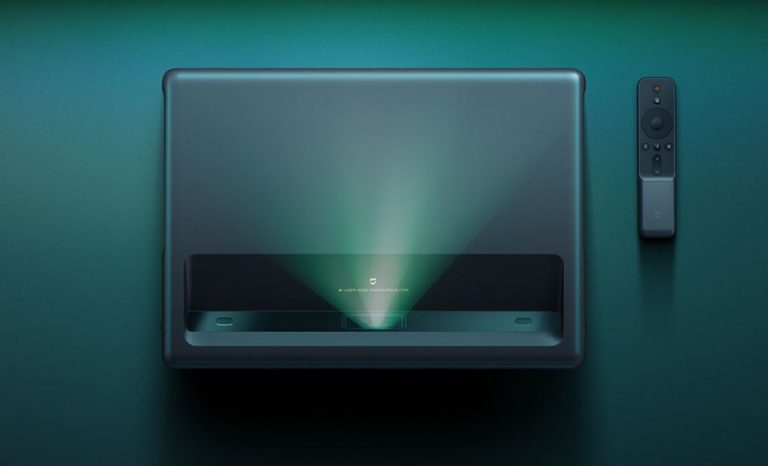 The Xiaomi Mijia Laser Projection TV 4K is a heavy duty product having a dimension of 41.00 x 29.10 x 8.80 cm and it weighs 7.20kg. With this in mind, the projector can perfectly with ease fit into a normal size backpack and be carried seamlessly from one place to another without stress. Just like its predecessor,  this is a theater-class laser projection TV, which can deliver a 150-inch TV experience. The projector comes with a 0.233:1 large depth of field lens throw ratio and has an ultra-short focal lens design which makes it suitable for all environment. You can place this projector at 30cm distance from the wall to produce a 150-inch projection. 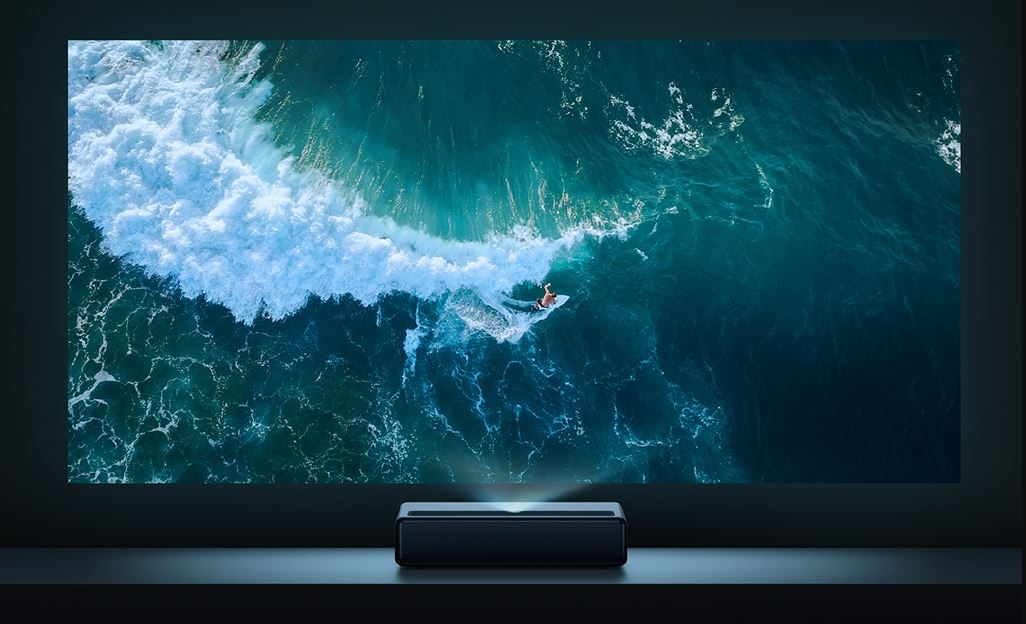 The Xaomi Wemax One 7000 Lumens projector was the world’s first ultra-short projector with advanced laser display ( ALPD ) technology and the Xiaomi Mijia Laser Projection TV 4K has been embedded with same technology (ALPD 3.0) and is it embedded with a T968 Cortex-A53 4-core 1.8GHz chipset and it supports 1920 x 1080 resolution. The chipset is also paired with a 2GB DDR3 RAM and 16GB eMMC flash storage. Apart from this, the projector operates on MIUI TV OS and supports Android 6.0 and above which is more than satisfactory for a projector. Its high-precision, efficient, convenient and accurate electronic focus means that no detail is left out while rocking the device. 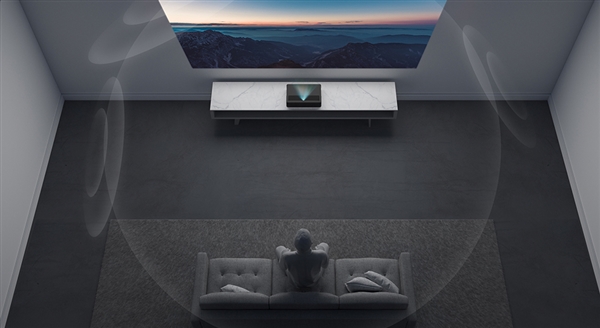 The projector has a shelve life of 25,0000 hours. That translates to up to 17 years usage if the projector is used for 4hours daily, meaning the laser is ultra-durable and long-lasting. Picture quality is assured as a result of the use of advanced laser fluorescence display technology (ALPD 3.0). The projector provides a red light ratio of 16% to 18%, wide color gamut, color quasi, with contrast comparable to the laser studio 3000: 1 screen contrast. The light source brightness can reach up to 1500 lumens which are of theatre screen level. The projector also diffuses its direct light source, allowing for more eye protection. The Xiaomi WEMAX projector is not just a simple screenless TV, as it comes with a high-quality stereo, which uses a custom inbuilt high-power, dual full-frequency, dual high-frequency, and high-fidelity full frequency speaker x 2 + high-frequency speaker x 1 system. 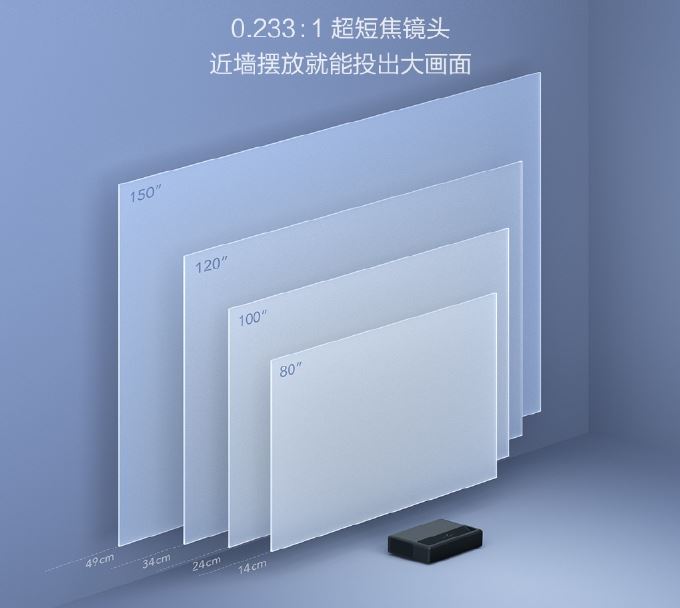 In terms of design, the MIJIA Laser Projector 4K version bears a similar design to the Mijia Laser Projector that was launched last year but that model comes with a white colour scheme while the new MIJIA Laser Projector is dark gray. The rest of the specifications are mostly similar. The Mijia Laser Projector comes with a 0.233:1 large depth of field and has an ultra-short focal lens design. The projector screen can be placed in the TV cabinet with the size adjusted to fit in. The wall can also be used as the screen and so, it does not occupy too much indoor space. The design also eliminates the cumbersome problem of wires scattered everywhere. The Laser projector itself only needs to be placed 49cm away from the wall in order to deliver 150-inch screen projection. For a 120-inch screen, the distance reduces to 34cm. A 100-inch screen needs a distance of 24cm and an 80-inch screen, a 14cm distance. You don’t need to manually focus the lens as it fine tunes itself.

Where To Buy The Xiaomi Mijia Laser Projector TV 4K????

The Xiaomi Mijia Laser Projector TV 4K With ALPD Technology is currently available on Gearbest for the best price you can think of. You can get it for just $1689.99 and depending on your preferred shipping option and destination, it can be delivered to you for free.