Among several speculations, the Chinese brand Huawei finally launched the new Huawei TalkBand B6 with three fitness bands. However, the teaser hasn’t disclosed much about the product, but we can assume it to be the TalkBand B5’s successor. It is now officially confirmed to hit the market soon and available fro purchase.

Features of Huawei TalkBand B6:

The company launched Maimang 9 in China, a mid-range 5G smartphone. Alongside, Huawei also teased another wearable to come with an exceptional collection of handsome features for fitness and health-cautious people.

The TalkBand B6 is a fitness band based on the Bluetooth technology. It was in the news last week when a couple of leaks exposed some details about the device. Buyers will have four colors options and three variants to choose from. 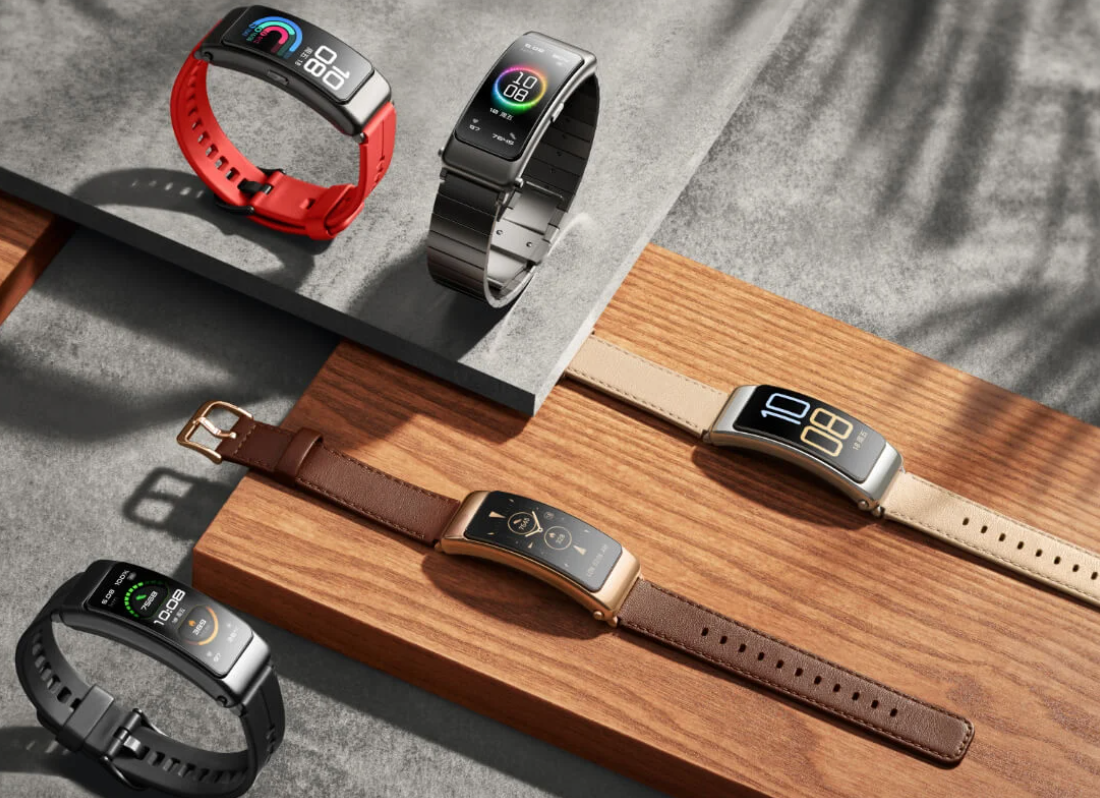 When it comes to technical prospects, the Huawei TalkBand B6 wearable is expected to fetch a 1.53’ flexible AMOLED screen. The previous generation device had a flat display, which is the prime difference among the two.

In terms of connectivity, the TalkBand B6 will house the Bluetooth 5.2 protocol. It can be connected within a massive range of 150 meters. Similarly, the wristband also combines multiple smart technicalities such as fitness tracking, heart rate sensor, SpO2 sensor sleep tracker, weather and app notifications, as well as XiaoAI voice assistant.

Elaborating on the color options, the Huawei TalkBand B6 will come in four choices. You will also have stainless steel, beige leather and silicon versions to develop ergonomic touch overall. Well, it is now a matter of just a day to dig the device deeper.