For gamers who want to never part with their favorite games, the Chinese company One Netbook has prepared a gift in the form of a small netbook, a pocket format. It’s called OneGx1 and, although it is inspired by the lines of an Alienware Area 51m, it is the new gaming (mini) notebook of One Netbook, a company already known in the sector for its pocket portable computers. ONE NETBOOK OneGx1 is the newest gaming pocket laptop that supports 4G/5G Network in One SIM card slot. You can choose 4G or 5G all network modules, no need to rely on WiFi, no matter where you are, just use your mobile pc. 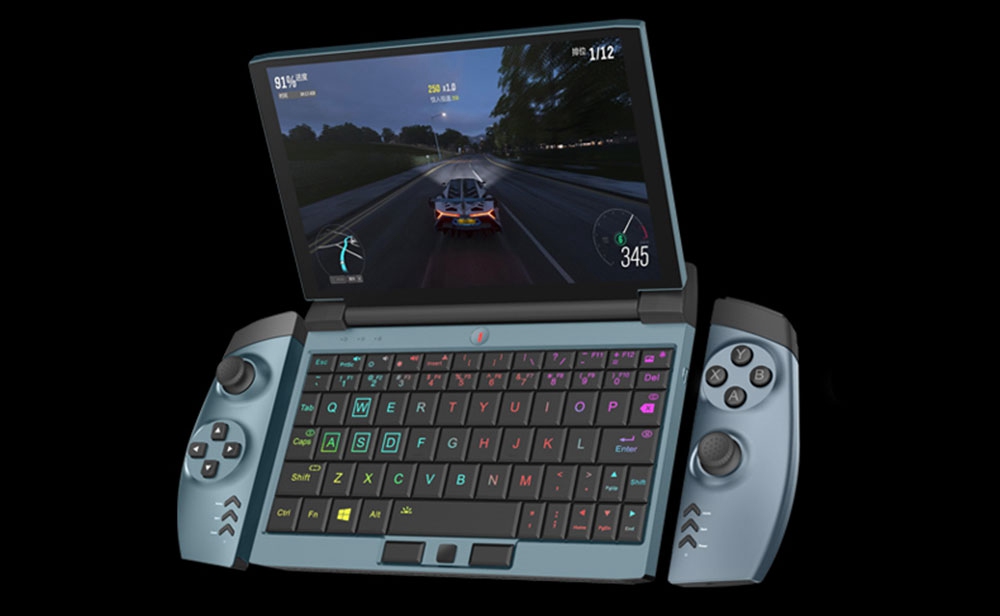 One Netbook OneGX1 is probably the first (and for now only) gaming notebook that fits in the palm of a hand, so much so that its aluminum frame measures just 173 x 136 x 21 mm and weighs 623 grams. Designed exclusively for mobile gaming and inspired by the design of an Alienware Area-51m, especially in the rearview, OneGX1 can be used both as a classic laptop and as a console, similar to Nintendo Switch, thanks to a dedicated controller. One Netbook OneGX1 is based on the Intel Amber Lake-Y platform, with an Intel Core i5-10210Y quad-core processor at 1GHz (up to 4GHz), rather powerful but low consumption (TDP of 9W) made with a 14nm ++ production process and flanked by an Intel UHD graphics subsystem. 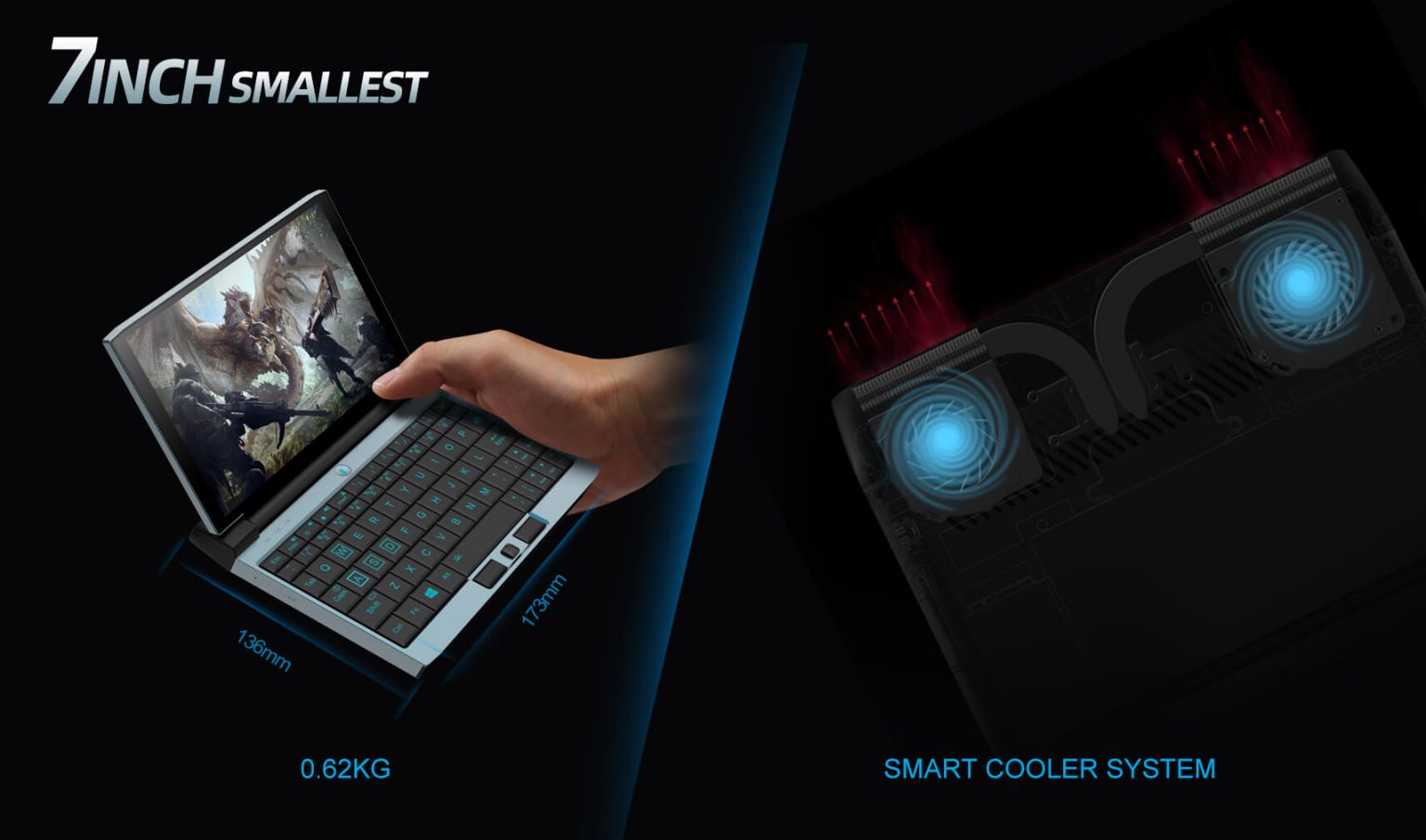 The device is also characterized by a 7-inch Sharp IPS Full HD + screen (1920 x 1200 pixels) touch and RGB backlit QWERTY keyboard as the best high-end Gamestation, supports 8 / 16GB of RAM LPDDR3 and 256/512 PCIe NVMe SSD GB welded. So if you are looking for an ultraportable solution, which allows you to be productive on the move but also to play in your spare time, OneGX1 could be for you. The Chinese company offers the mini gaming notebook in multiple configurations, almost all different in terms of the amount of RAM and internal storage. As for memory and storage, we have several versions with 8/16 GB of LPDDR3 RAM and an NVMe micro PCIe SSD with 256/512 GB of capacity integrated into the board. 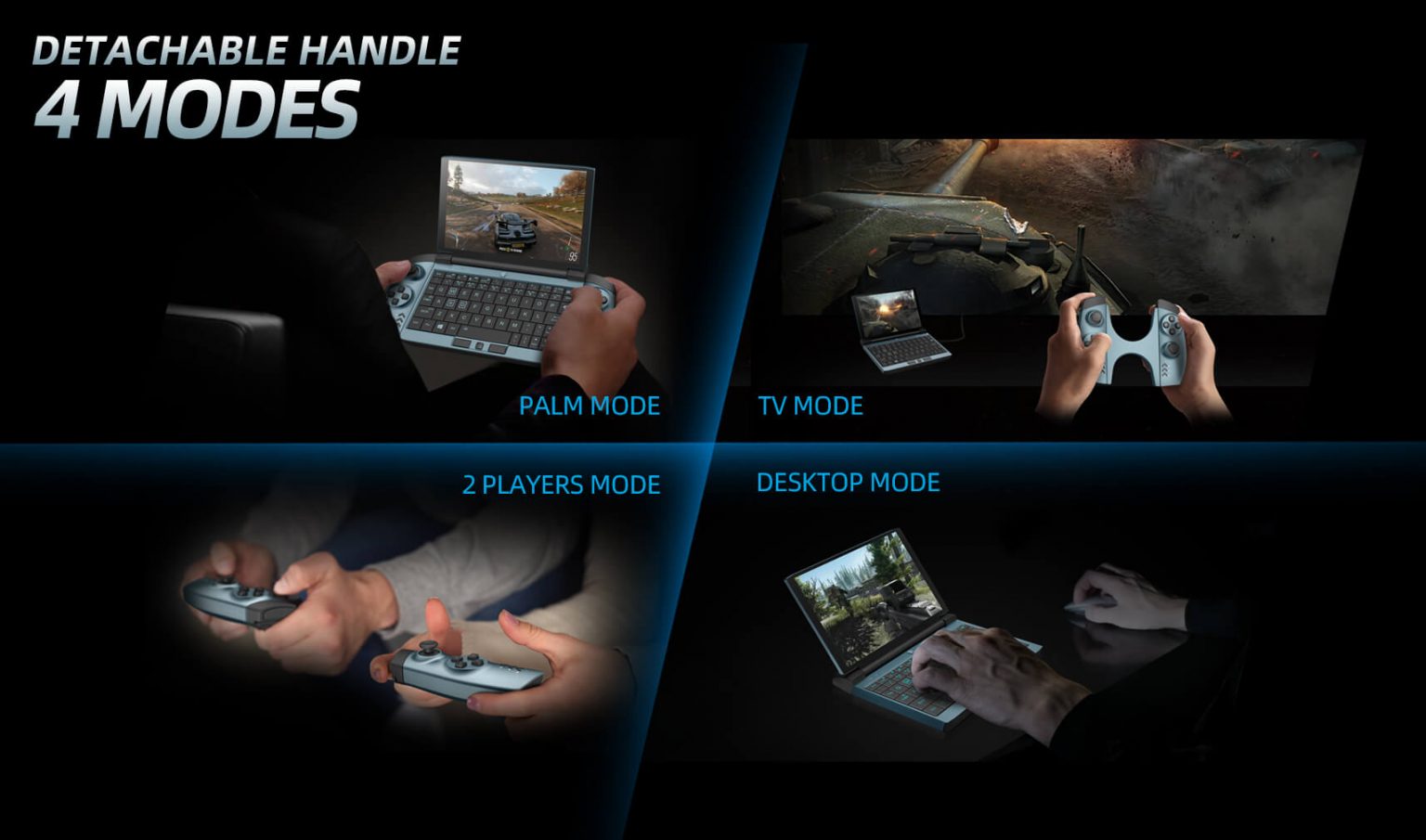 The OneGx1 controller reminds us powerfully to the concept that we see in the Nintendo Switch, a system that we can use as a conventional Gamepad with support for the two controllers, we can use them independently between two players or anchor it to the sides of the laptop to use it directly on it or transport them. One Netbook OneGX1 is also equipped with a controller (sold separately for $ 45) which strongly recalls the concept of Nintendo Switch or a classic gamepad with support for two controllers that can be used independently between two players or attached to the sides of the notebook keyboard to turn it into a console. 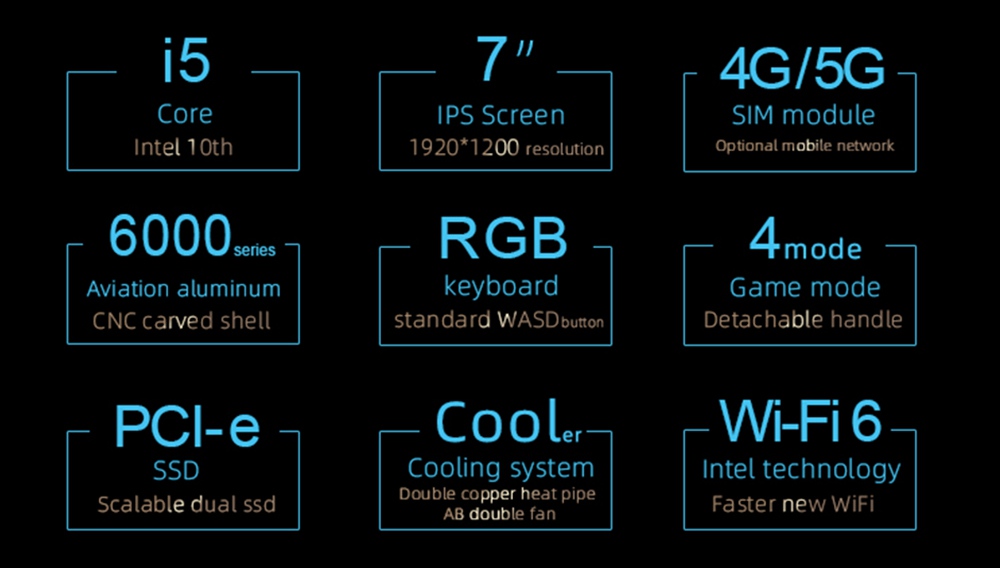 The system supports wireless connectivity, i.e. WiFi 6 and Bluetooth 5.1, 4G-LTE or 5G optionally, a microSD card reader, a 3.5 mm audio jack, two USB Type-C ports (one of which is 3.1), a USB 3.0 connector Type-A and a microHDMI video output. The battery is a 12000 mAh (3.7V) unit, which can be used as a powerbank to charge other accessories/devices and supports PD 2.0 fast charging. The estimated runtime is 11 consecutive hours, while the operating system is Windows 10.

Do not forget to follow us on our Facebook Page, to keep you always aware of the latest advances, News, Updates, reviews, Deals, and Giveaway on Smartphones, Tablets, Gadgets, and more from the technology world of the future.