The Chinese tech leader Xiaomi is earning the headlines again as it performed MIUI 10 Android Q beta testing in a recruitment program. It hired the testers to check on the functionality of the newer version of this OS. The recruitment program has been concluded, and it is now ready to go further with the fully-fledged beta through its Mi 9 handset in China.

People, who logged in for the beta testing, should see the OTA software update popping up in the notification bar. If you don’t find any, you will have to do it yourself by going manually to flash the firmware. It will not be difficult to get on the notifications after the company release this version.

The head of the MIUI edition Zhang Guoquan has posted some latest screenshots of the beta working on his personal smartphone. It looks very similar to MIUI 9. There may be a minor difference between the two versions.

The company relies on to provide with the latest software editions to the users. Accordingly, it is conducting testing campaigns to find out errors if any, before the official launch globally. After performing the testing, now the company is ready to hit the mark with the MIUI 10 Android Q Beta. 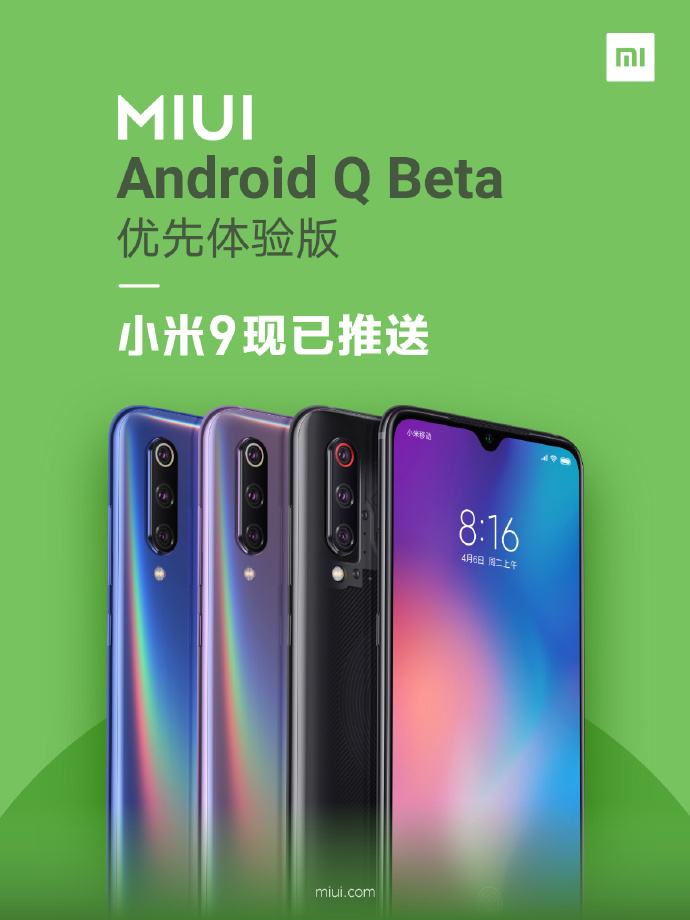 In general, the MIUI 10 Android Q Beta will concentrate on privacy setups. It will allow users to manage their specific app permissions. Further, it will also work even for apps running in the background.

Therefore, you must be aware of the beta software bugs as not all of them can be ironed. It is possible you can face issues related to the software upgradation. The wait is on for the official launch and Mi 9 could be the first device to witness the new interface.

Do follow our Blog to get the more upgrades of the latest products.