If you know Xiaomi then for sure you must have heard about Amazfit smartwatches. The Amazit watches are manufactured by Xiaomi sub-brand Huami, the brand has released amazing smartwatches which are becoming the main choice for sportsmen who need to monitor their activity through a wearable device but do not want to spend a lot of money buying an Apple Watch or the most advanced Garmin smartwatch. The most recent smartwatch released by this company is the Xiaomi Huami Amazfit Verge(Amazfit 3) which has really done well in the market due to its amazing features and specs. In this article, we would briefly compare the lastest Huami watch with its predecessor the Amazfit Stratos (Amazfit 2) and Amazfit Bip, so you can decide on the device to buy.

Read also: Huami Amazfit 1S Smart Bracelet Which Allows You To Make An ECG Offered For $125.51 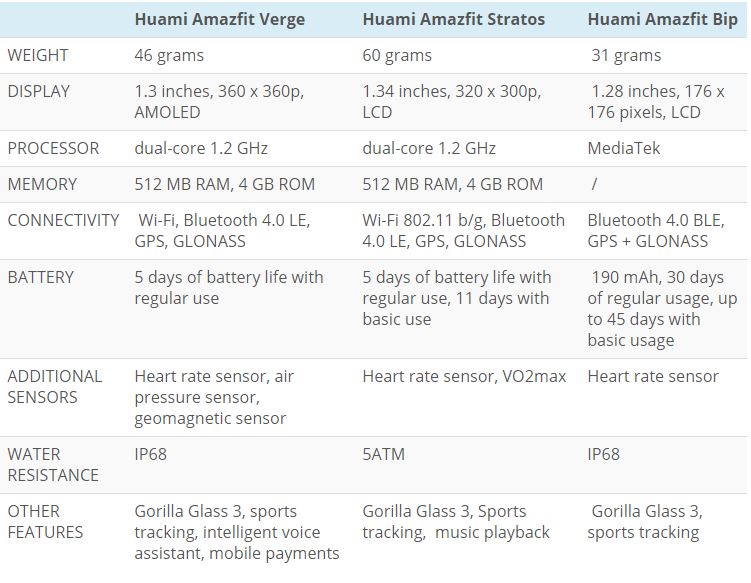 Talking about the design, its crystal clear even from a mile away that the latest smartwatch the Xiaomi Huami Amazfit Verge(Amazfit 3) is the most beautiful one which can be attributed to its perfectly round display, while the Amazfit Bip would be considered to be the least beautiful one among the three with its square display, but it is also the cheapest one. On the other hand, the Amazfit Stratos (Amazfit 2) offers a better water resistance and it is the only one which can be used without problems underwater, up to 50m deep. All of them have a resistant Gorilla Glass 3 and their build quality is very nice. The three smartwatches come with side button which would make controlling the device very easy.

Amazfit Verge and Stratos are the most powerful ones in terms of hardware and the best ones when it comes to software. They can both detect your heart rate with Amazfit Verge having the best accuracy along with irregular heart beat detection. On the other hand, the Stratos is able to measure maximum oxygen consumption (VO2max). Both have multi-sport tracking with 12 sports supported. Amazfit Bip is more like a smartwatch for running and it can only monitor simple activities such as running and cycling, without supporting more sophisticated sports.

Coming to the display, the Xiaomi Huami Amazfit Verge(Amazfit 3) wins again. It is the only one which has an AMOLED panel, that means richer colors and very deep blacks. And it is also the smartwatch with the highest resolution, so it has the highest level of detail. It even has an oleophobic coating so fingerprints will not be a big issue. 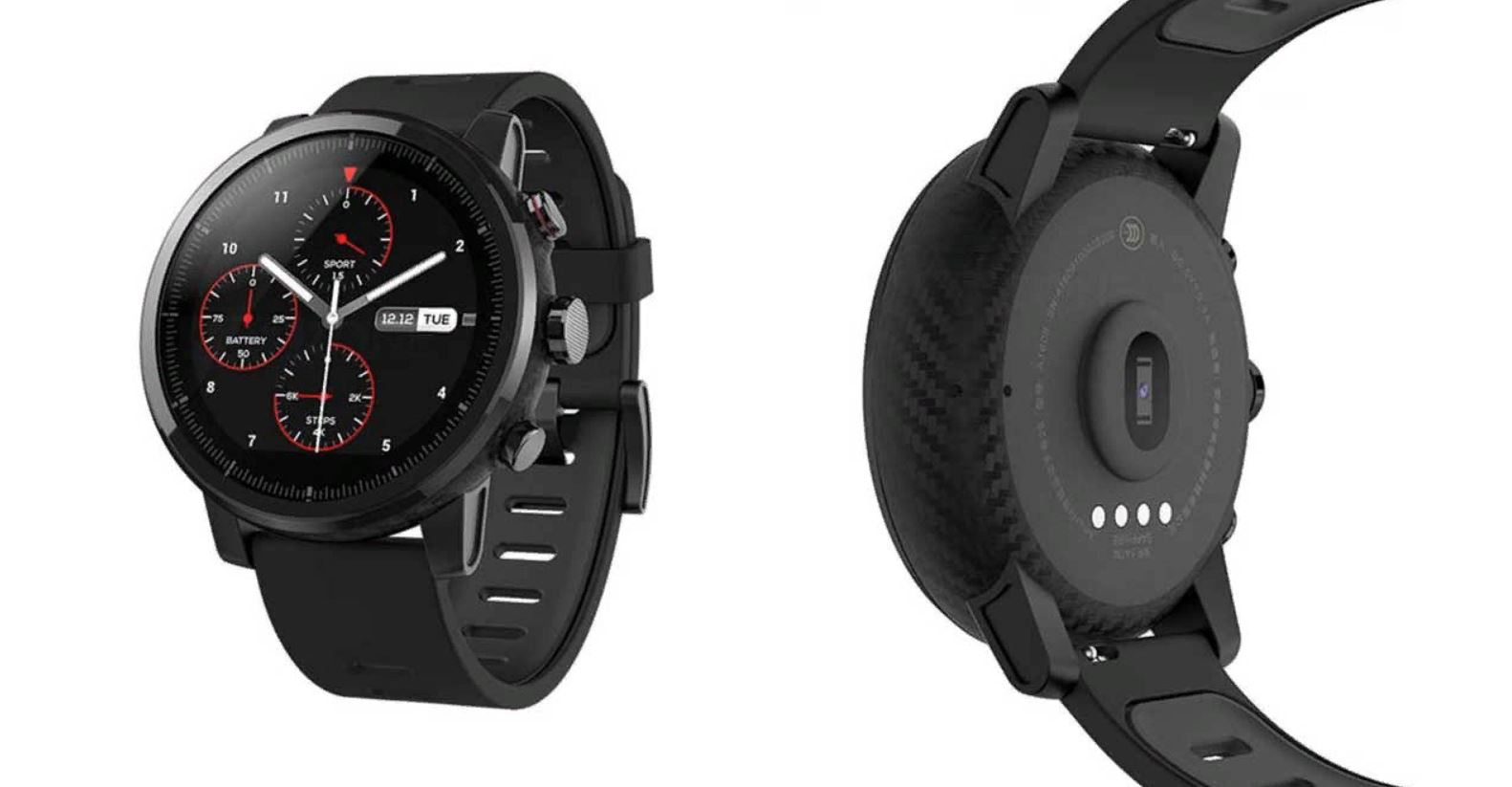 While Amazfit Verge and Stratos have more advanced features inside their software, Amazfit Bip is the smartwatch with the best battery life. It is able to last up to 30 days with a normal usage, even more than smart bands such as the Mi Band 3. This is great, given that smart bands do not have a color display like this wearable. Amazfit Verge and Stratos can only last 5 days with a normal usage.

What’s more important, the AMAZFIT smartwatch supports Xiao Ai voice assistant. At the same time, it cooperates with Mijia. So you can control smart home appliances through this watch. It can be done for 11 types of smart home products such as open sweeping robots, switch lights, and so on. Thanks to the multi-function NFC, the AMAZFIT smartwatch supports traffic card function in 165 cities in China, covering more than 20,000 public transport routes. In addition, the watch supports the access card simulation function, and it supports NFC UnionPay card which started from November.